She is an international jet-setter.  And Gigi Hadid stepped out in a fashionable ensemble while arriving to the Tokyo airport in Japan on Friday, as she headed back to the states. The 22-year-old supermodel oozed retro vibes while sporting round lens sunglasses and patterned bell-bottom pants.

Gigi teamed her beige plaid pants with an oversized Teddy Bomber House of Fluff jacket.  The older sister of Bella Hadid also stepped out in glossy black combat boots. Gigi kept her fresh face radiant without any makeup and wore her golden tresses tied back in a bun. The new face of Reebok kept her accessories to a minimum with one diamond ring. 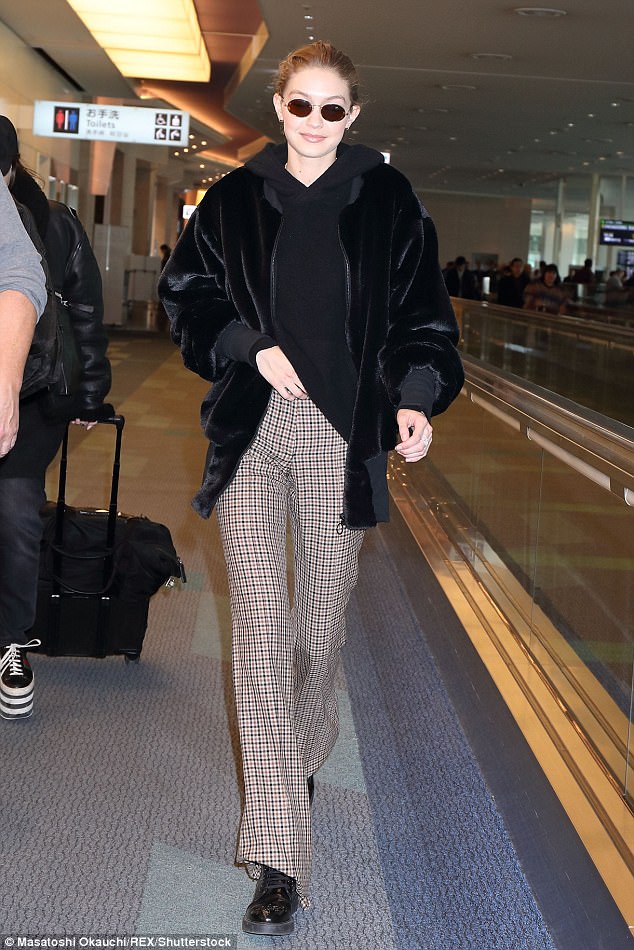 Meanwhile, Gigi’s boyfriend Zayn Malik was spotted in New York city on a solo outing while his girlfriend was on her way back home. Gigi has been dating former the One Directioner for two years after meeting at an after party.

Nearly two weeks ago, the beauty shared a gushing tribute to her boyfriend of two years, Zayn Malilk, in honor of his 25th birthday. Gigi shared a slideshow of images with her boyfriend, adding the caption: ‘Love this man more than I could ever put into words, & am inspired by his drive to be and do better everyday.’ 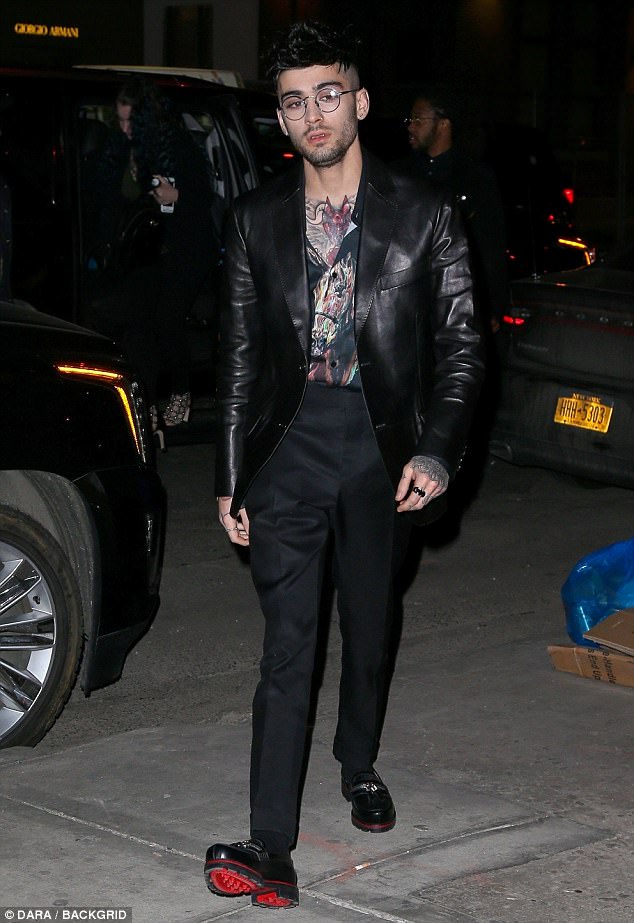 Adding: ‘Cheers to YOUR YEAR my @zayn – happiest happiest birthday & 25th year of life !! I’m proud to be by your side x.’ 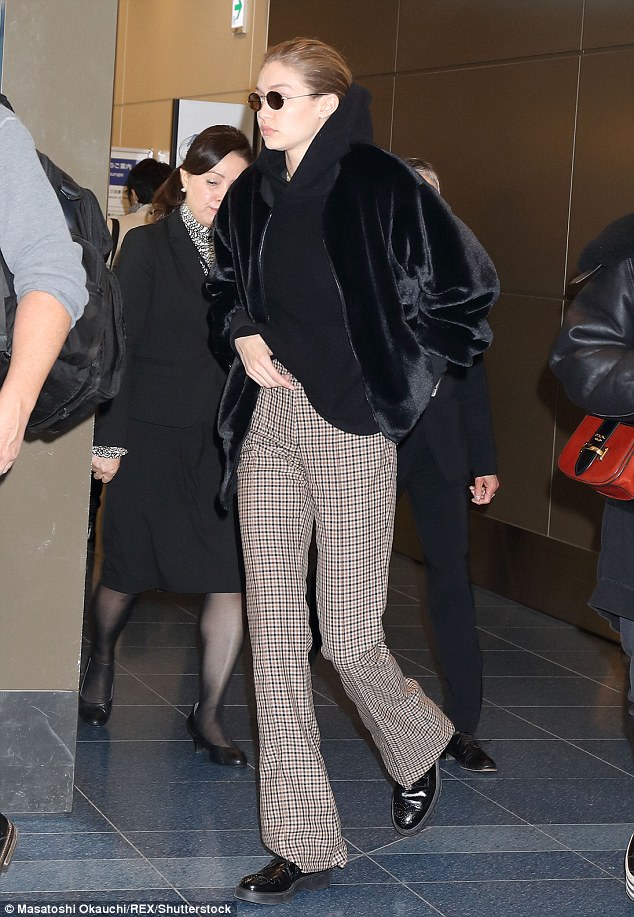 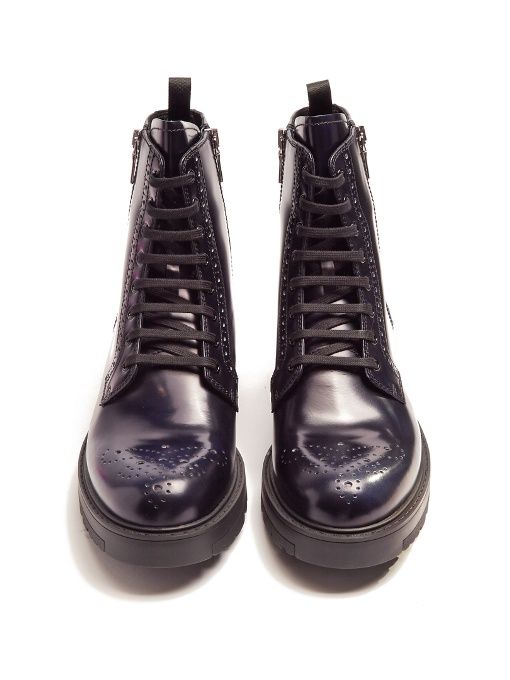 We love her whole look but its her lace up kicks that really caught out attention. Gigi’s pair are by Prada and you can buy the midnight blue version at MATCHESFASHION.COM now (click Buy). 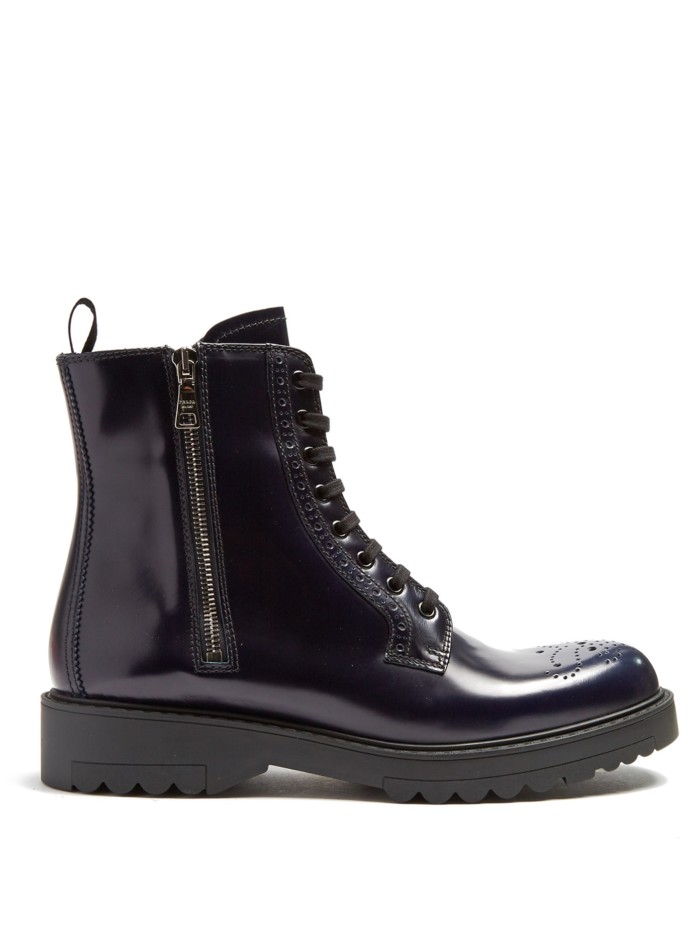 Mannish ankle boots are a must-have for every wardrobe, and Prada’s midnight-blue smooth-leather pair is a refined choice. They have a round-toe shape that’s finished with classic brogue detailing and slick gunmetal zip-fastenings sides, and are set on a black rubber tread sole for durability. Let them ground a smart-casual look. 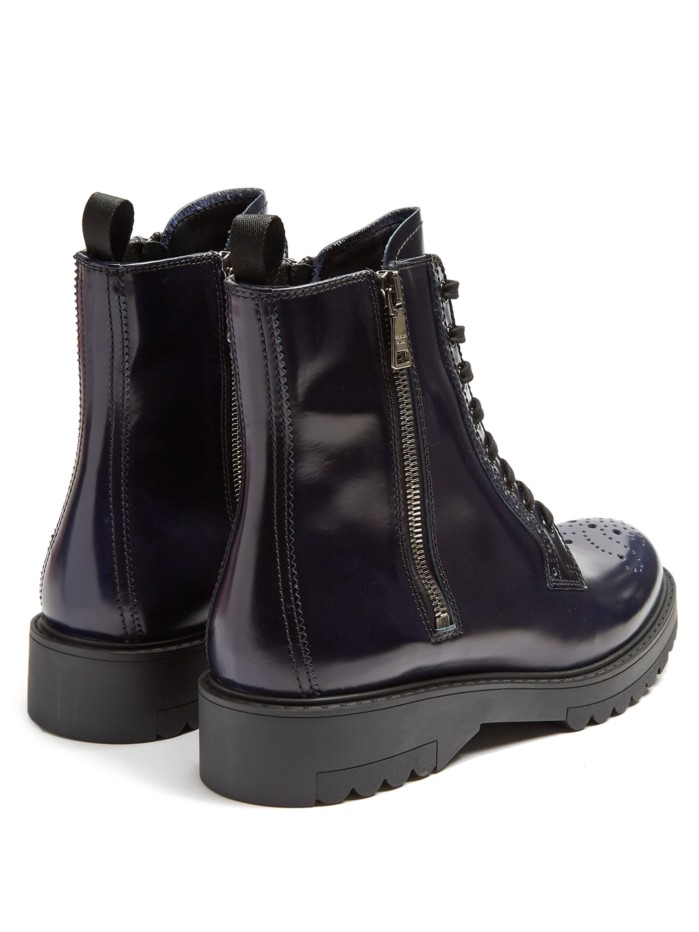 If your shoe shopping budget is a little lower than Miss Hadid’s, you can recreate with one of the budget boots in the line-up below: 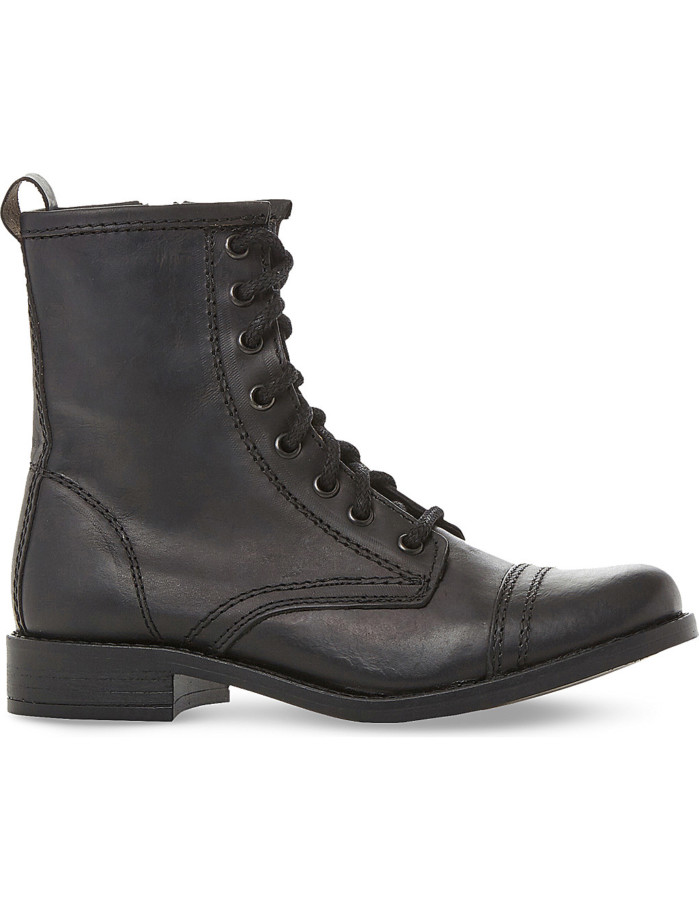 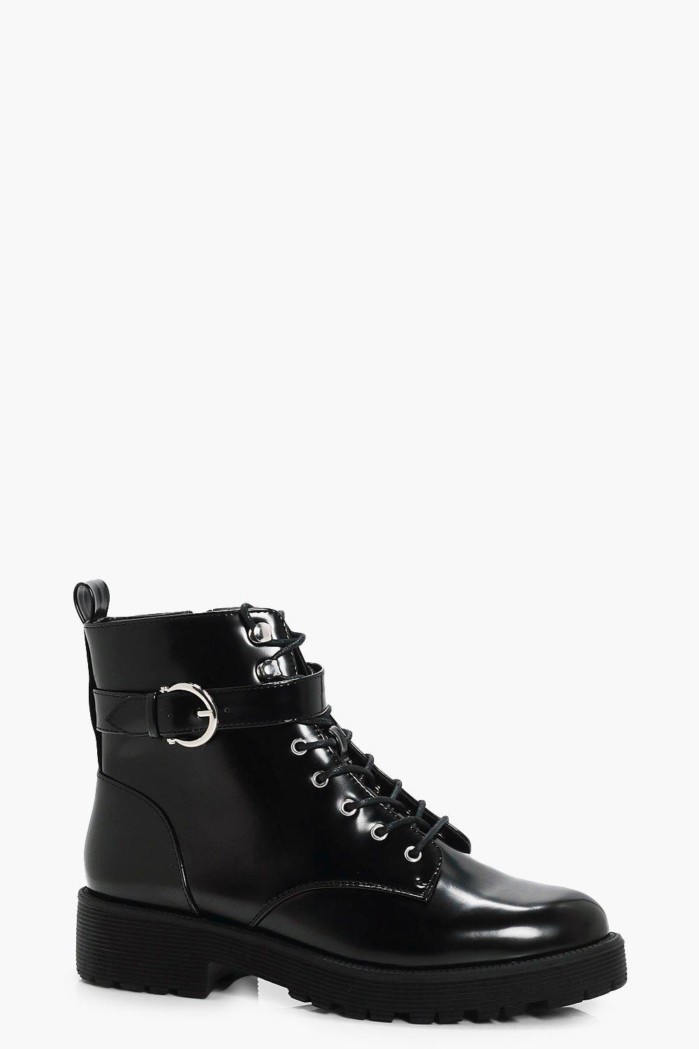