Get glittery like Tallia in her Giuseppe Zanotti sandals

Get glittery like Tallia in her Giuseppe Zanotti sandals

She is currently carving a career as a singer, having been discovered by Elton John back in 2012. And Tallia Storm looked to be in her element on Saturday night, as she headed to The Ivy in London to perform an intimate gig for the venue’s private members. The budding popstar, 18, upped the glamour for her big night in a figure-hugging sequin jumpsuit as she took to the stage to belt out a number of hits for the crowd. 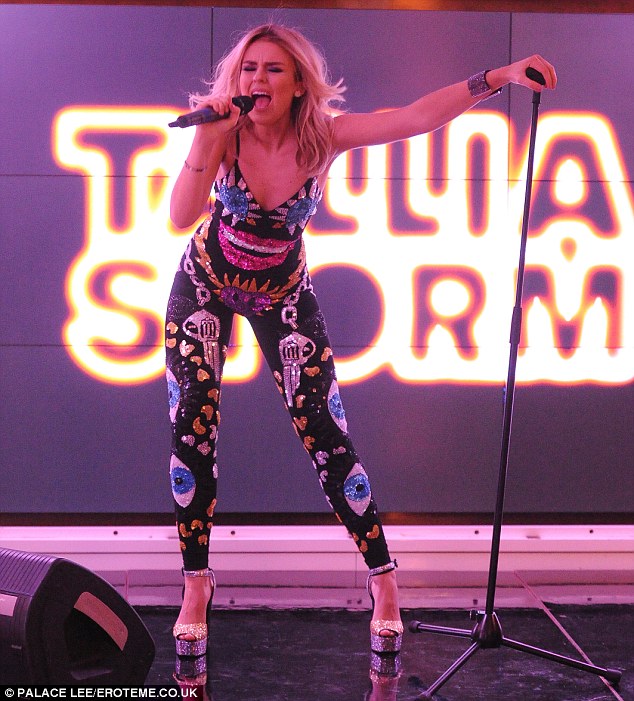 The Scottish singer exuded confidence despite her young age as she paraded around the stage in her standout ensemble. Cutting into spaghetti straps and a plunging V neck, the eye-catching jumpsuit teased at her bust and flashed plenty of skin to keep the look sexy, despite its full length. Cinching in at her petite waist, the all-in-one then clung tightly to her figure all the way to the floor to show off her enviably flat stomach and long, slim legs. 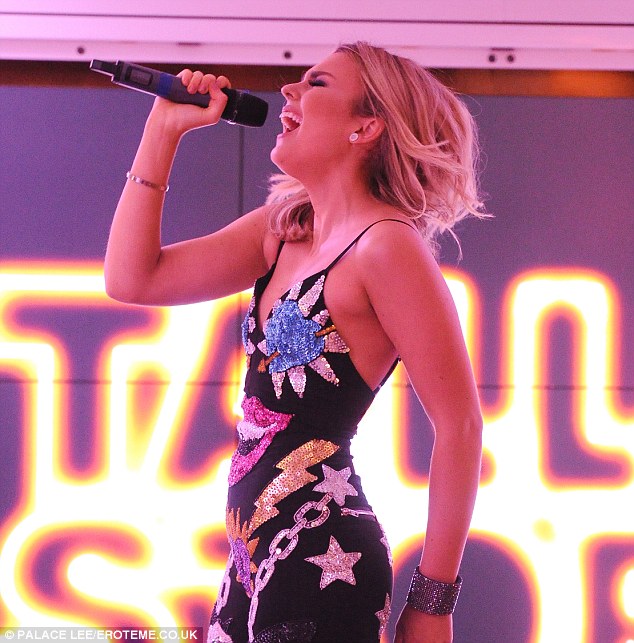 Maintaining her typically quirky style, the outfit was emblazoned with punky cartoon images of eyes, lips and even a revolver gun – before she upped the glitz further with a pair of glittering platform heels. 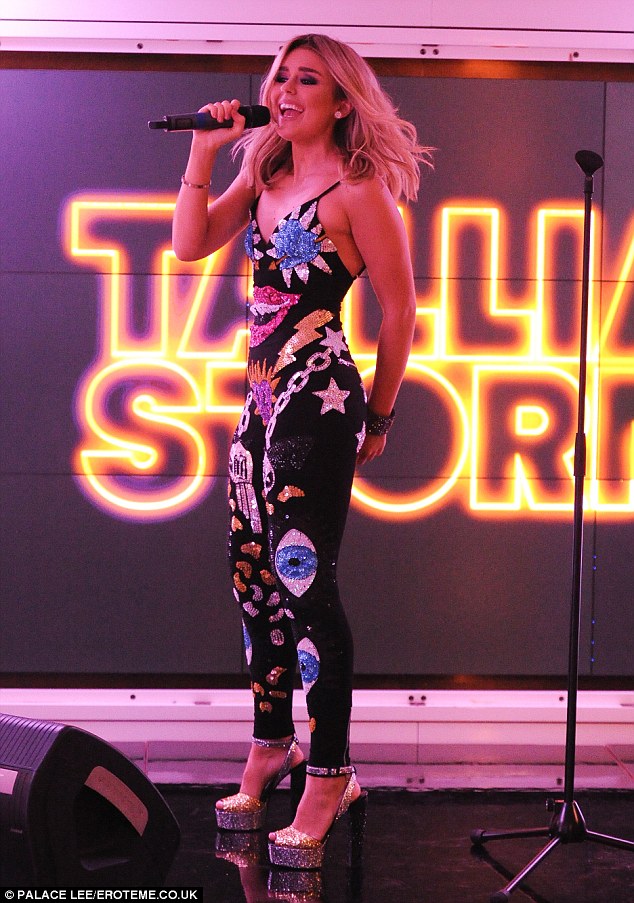 Tallia left her hair in tousled waves and added a glamorous slick of eyeliner for a finishing touch as she took to the stage for a passionate and energetic set. After performing onstage with Elton John in 2012, the blonde has turned her attention to singing full-time – despite her tender 18 years. 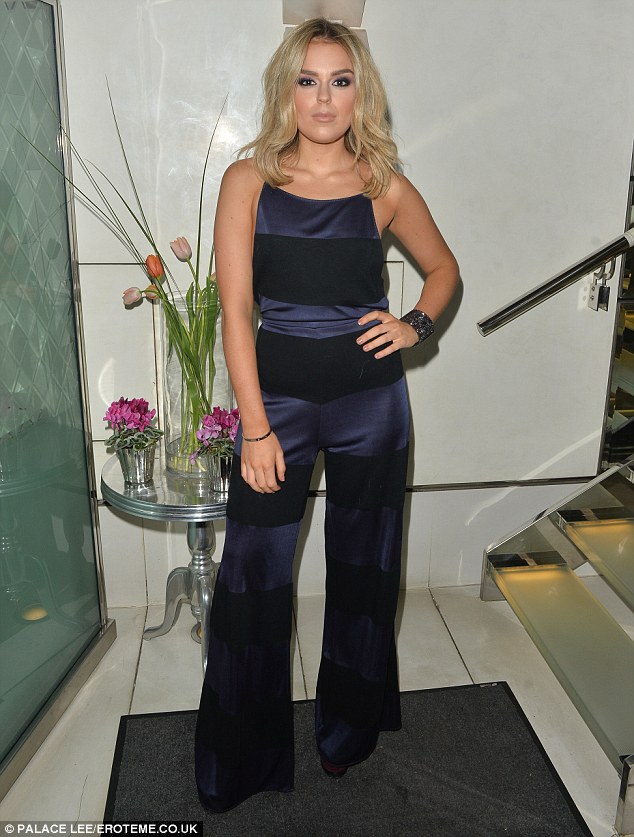 The star later relaxed in the swanky venue after the show – swapping her glittering number for a more classic silk jumpsuit of black and blue stripes. 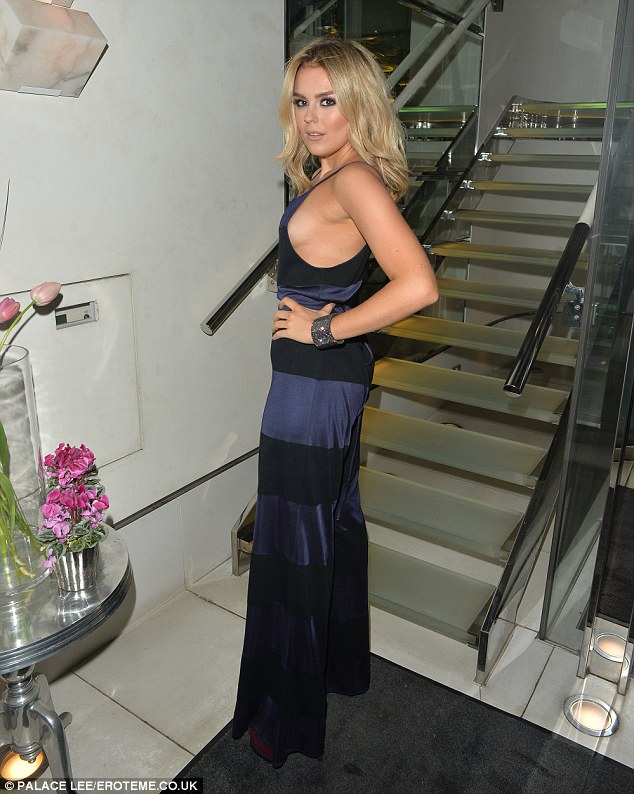 After performing onstage with Elton John in 2012, the blonde has turned her attention to singing full-time – despite her tender 18 years. 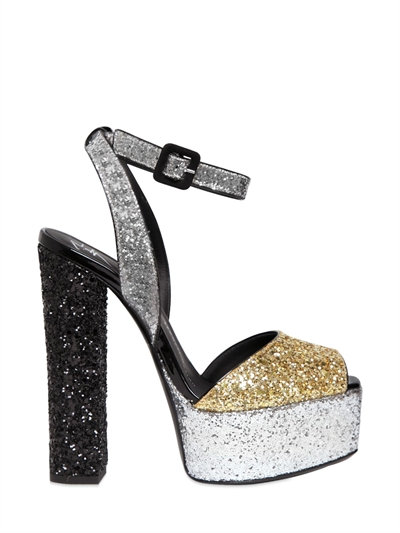 The shoes were gold, silver and black and featured a high platform ensuring Tallia towered. The shoes has an Adjustable buckle strap with Patent leather piping and trim. We loved their metallic glitzy vibe  all the more! 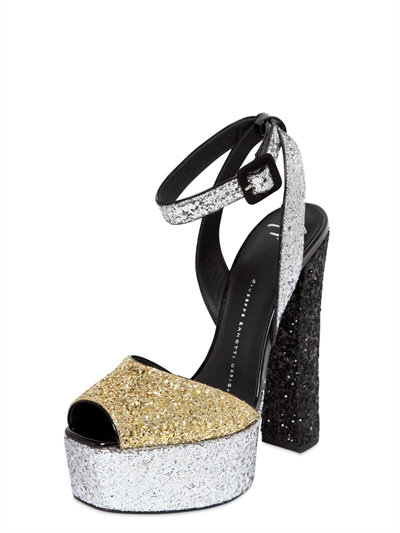 Click ‘Buy’ to shop these Giuseppez Zanotti sandals now at Luisa Via Roma. 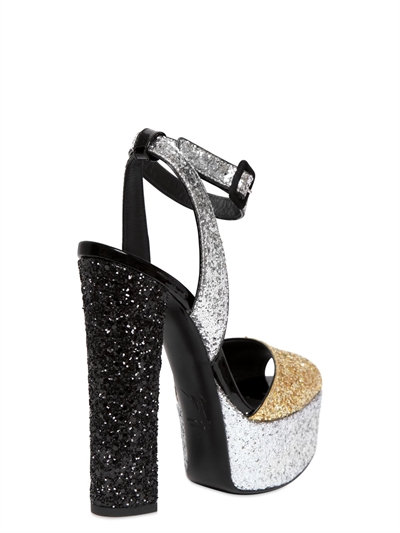 Want to check out other glittery goodness? Head to the line up below to choose sandals from our edit below: 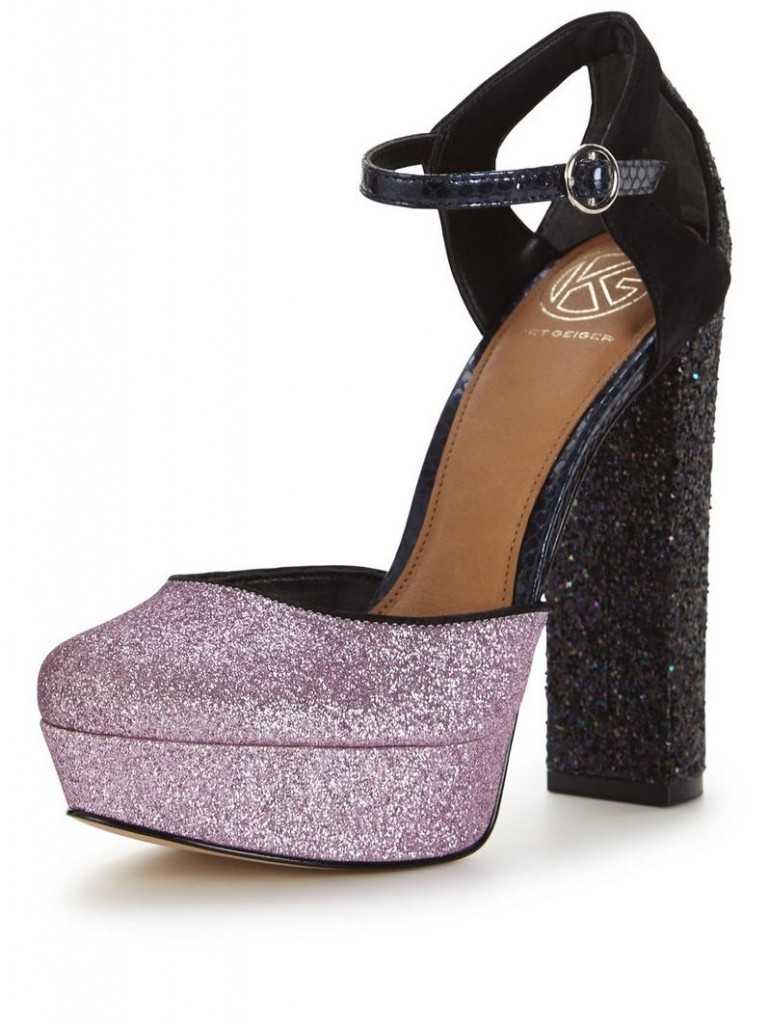 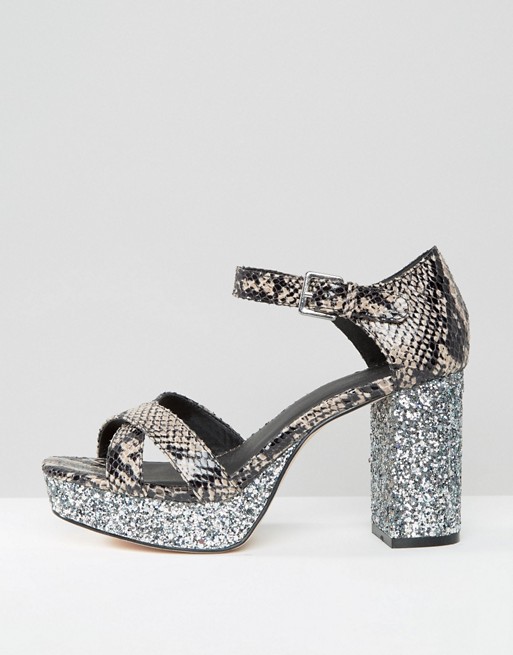