Her visit to Germany with Prince William has so far been a roaring success, and now Kate has been dubbed the new ‘Princess of Hearts’ by the media, as royal fever sweeps the nation.  German newspapers and TV gave blanket coverage to the the Duke and Duchess’s three day visit to the country which began yesterday, and has been nicknamed ‘die Charmeoffensive’. The Berliner Zeitung said pictures of the Duchess cuddling children during a visit to a children’s charity in Berlin yesterday were ‘reminiscent of the warmth of heart which before Kate only William’s mother, Diana, could radiate.’  In a headline it said, ‘Fur die kids ist sie the Prinzessin der Herzen’ meaning ‘For the kids she is the Princess of the heart.’ 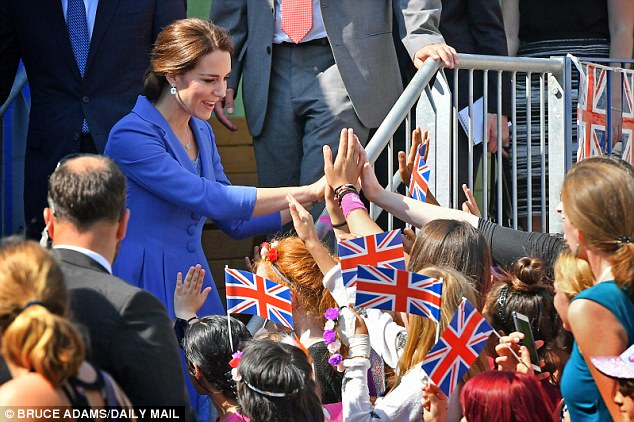 On a visit to the charity Straßenkinder, which supports children from disadvantaged backgrounds, both William and Kate were mobbed by small children as they bestowed hugs and high fives to excitable fans. 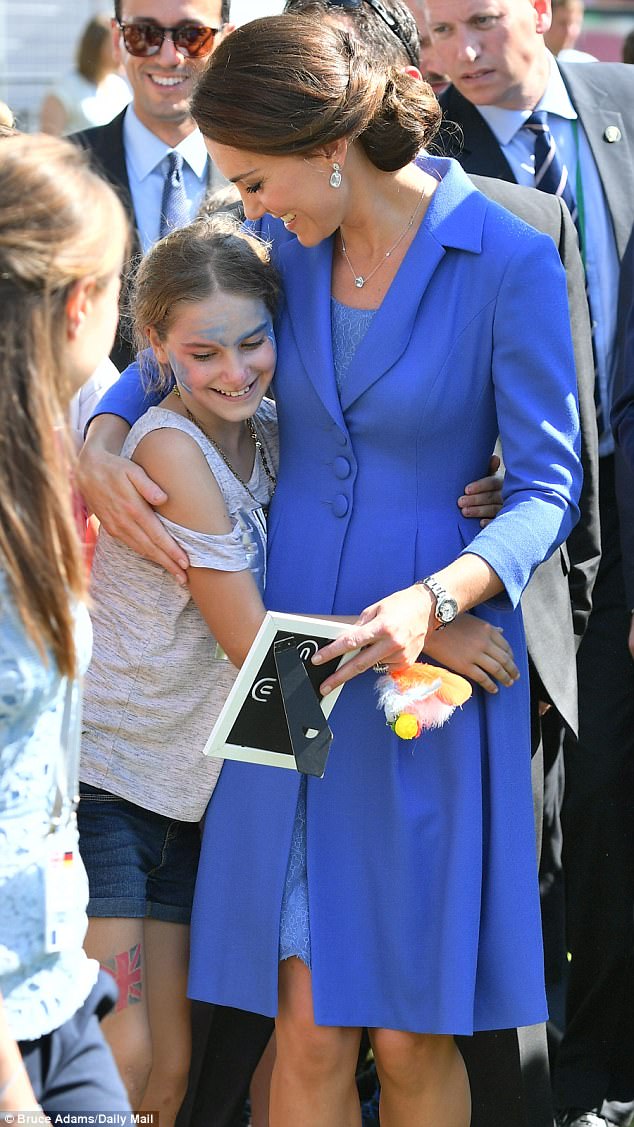 The Duchess was the centre of attention, with several children throwing themselves into her arms for a cuddle. Embracing one little girl back, the Duchess laughed and told Lilly, six, ‘that’s nice of you’. 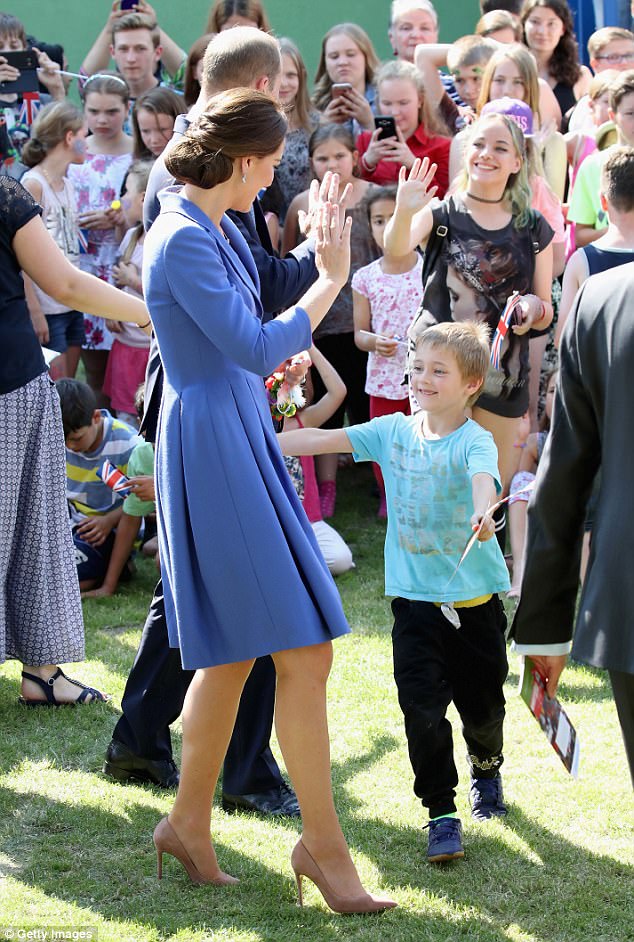 Abdallah, nine, also received a hug, after he ambushed her from the side as dozens of children awaited a photocall with the Royal couple. The Duchess, no stranger to glamorous headwear, was also given flower headbands by a group of small girls, during a lively afternoon. 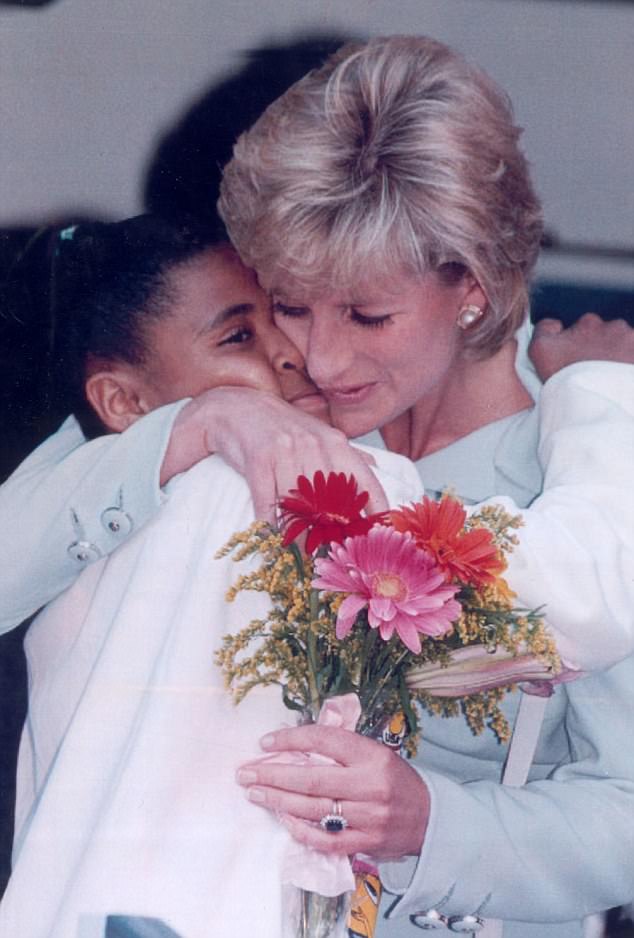 Back in the late 1980s and early 1990s, Princess Diana was famed for breaking down stuffy royal protocol with her tactile displays.  The Princess worked to dispel myths surrounding Aids by shaking hands with a patient without wearing gloves, at a time when people still believed the virus could be transmitted by tough. And during her public appearances, she was known for doling out hugs and cuddle, particularly to children. 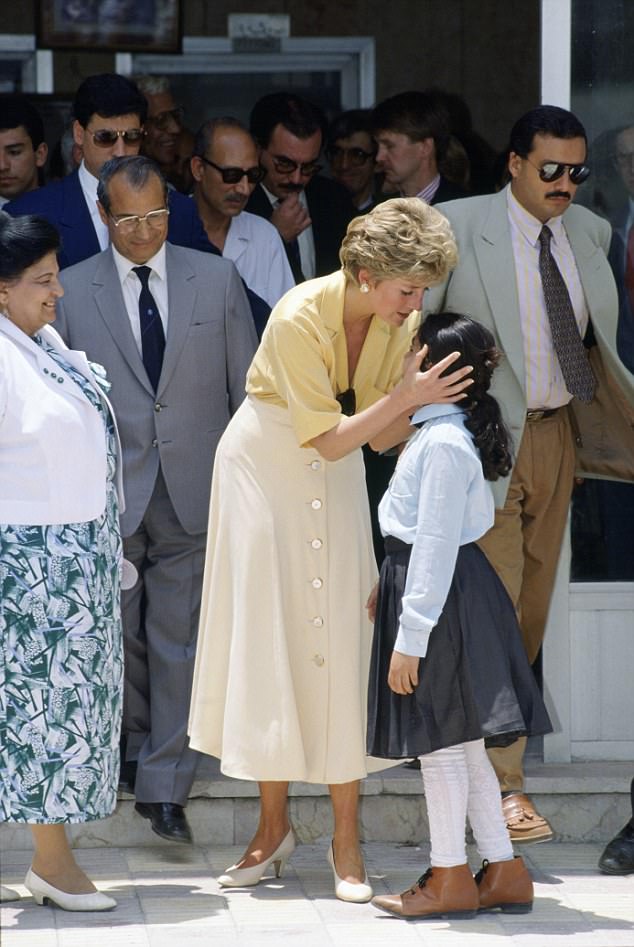 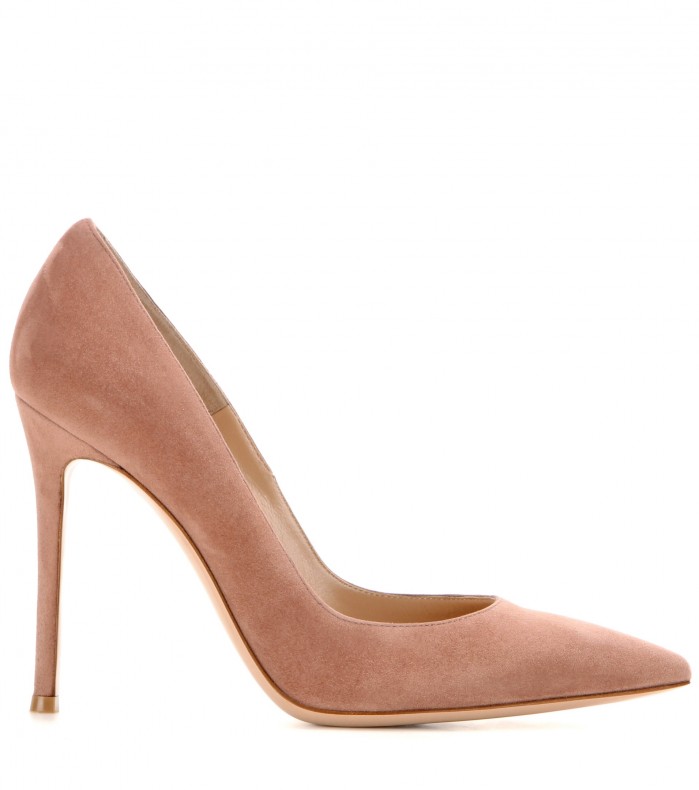 Is there anything chicer than a classic pair of suede pumps? We think not – and we simply adore this rosy-nude pair from Gianvito Rossi. Crafted in Italy, they come with a seductive stiletto heel and an elegantly streamlined toe. Pair yours with a pastel top for a look doused in sweet femininity. 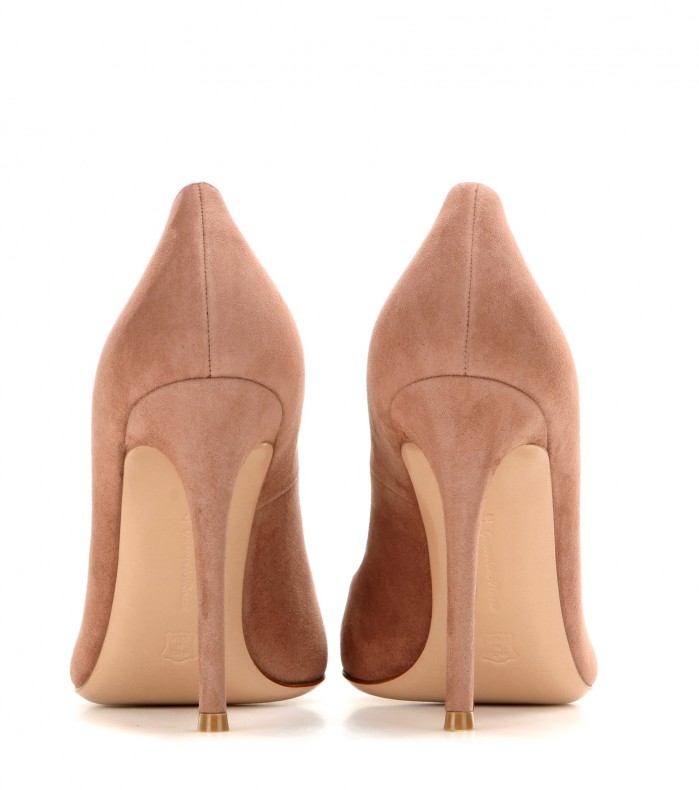 Featuring a classic pointed toe and a slender stiletto heel, these shoes are the perfect addition to any outfit. In fact, they’re the very same pumps that Kate wore to attend her sister Pippa’s wedding earlier this year so they’re spot on for big occasions. 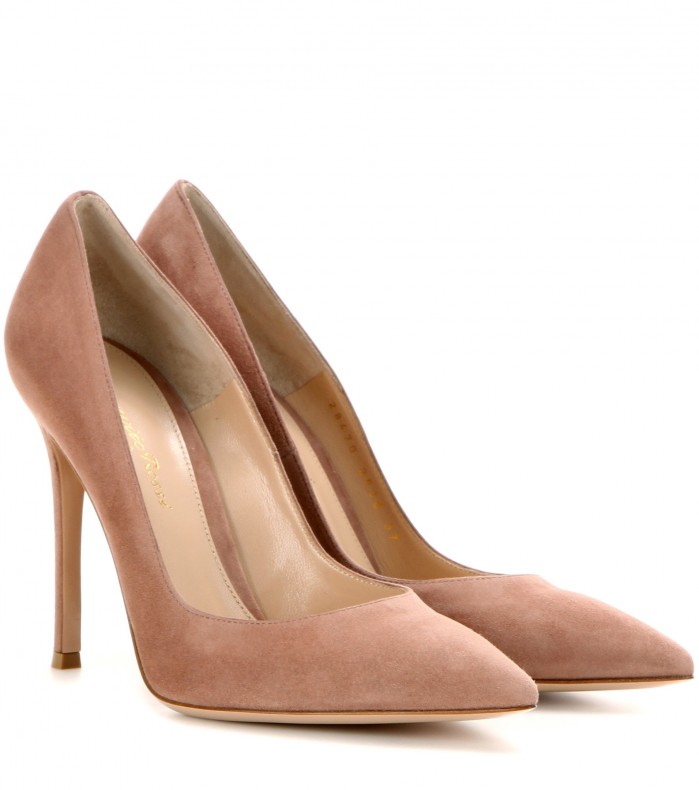 The good news is they’re available to buy so click (Buy) to snap them up now at MyTheresa. Or shop our edit of similar suede courts below. 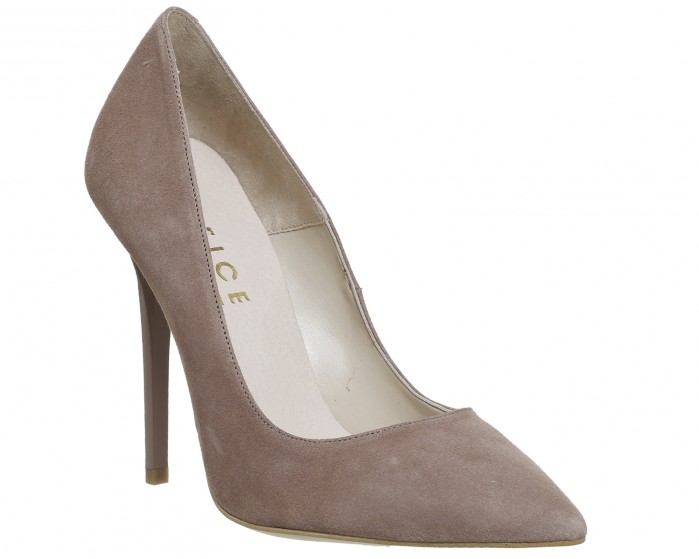 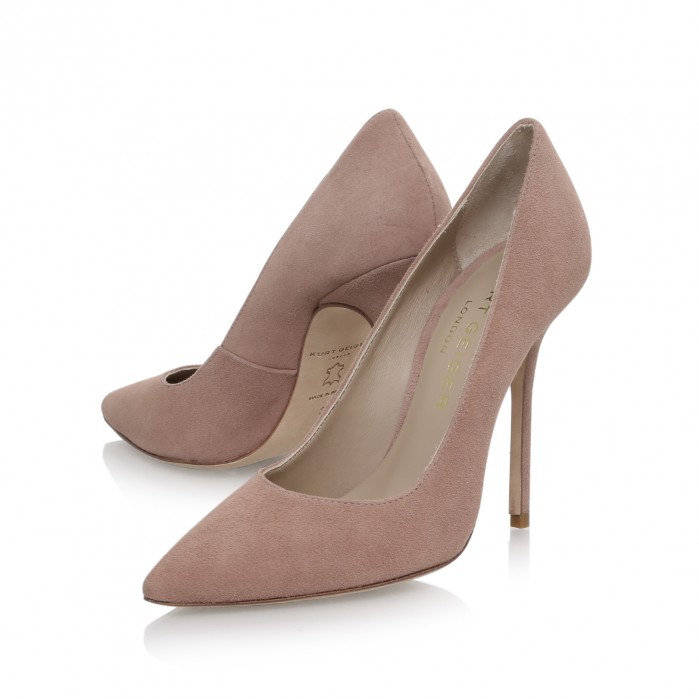