She returned to her golden roots earlier this month with a buttery blonde bob. But Emma Roberts was back to brunette once again when she debuted her long hair at The Chateau Marmont Hotel, in West Hollywood, Los Angeles on Sunday. Forever changing her look, the American Horror Story: Cult actress, 26, didn’t detract away from her new glamorous hairdo as she sported a simple navy dress. 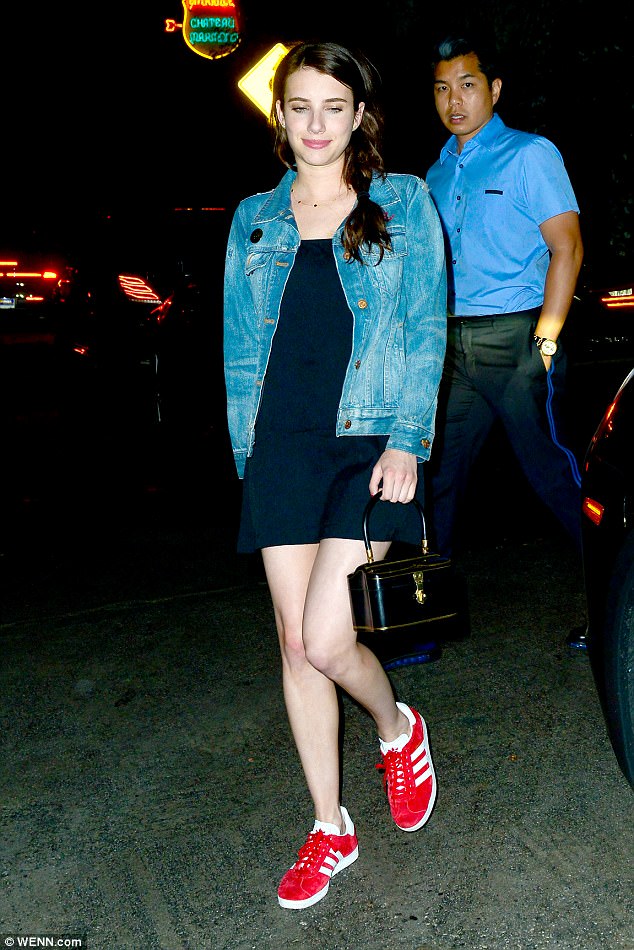 Despite being a natural blonde the Scream Queens beauty showed chocolate shade locks suited her down to the ground, which she styled in a messy one-sided plait. Fresh faced Emma was confident in her natural beauty, wearing only a light dusting of make-up for her business meeting. The leggy Nancy Drew star kept it casual as she dressed her mini dress down with a monogrammed denim jacket from Madewell, and a pair of scarlet Adidas trainers

For casual glamour, Emma highlighted the sparkle in her glittering chain necklace as she accessorised with a raven handbag which had an embellished gold edging.

The Hollywood beauty has been chopping and changing her hairstyle for more than a decade, in line with the fashion trends and her acting roles. 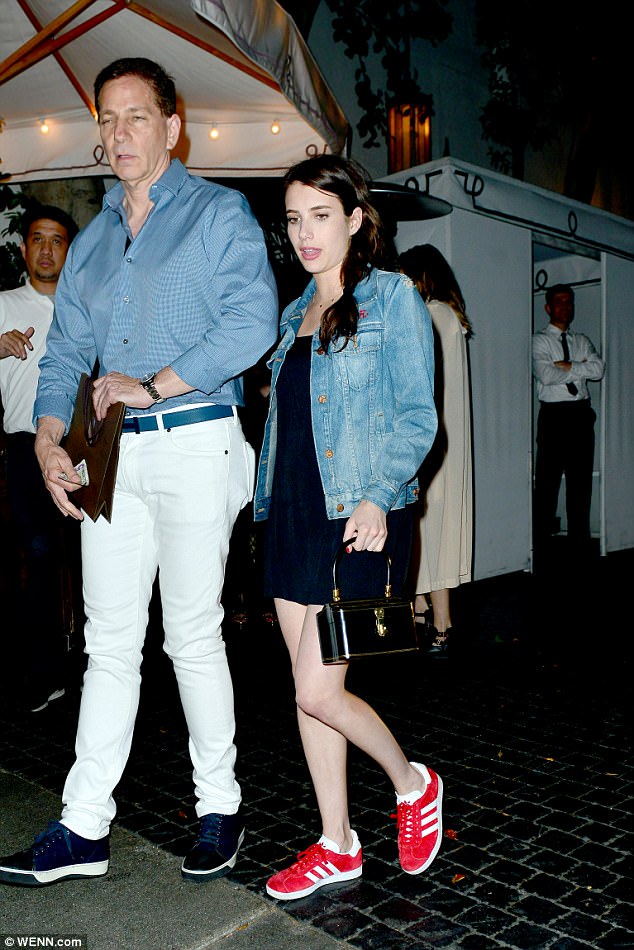 The first photo of Emma on the set of the new American Horror Story installment emerged earlier this month. Showrunner Ryan Murphy posted a pic of the actress to his Instagram of the beauty dressed in a beige raincoat and brandishing a large knife. 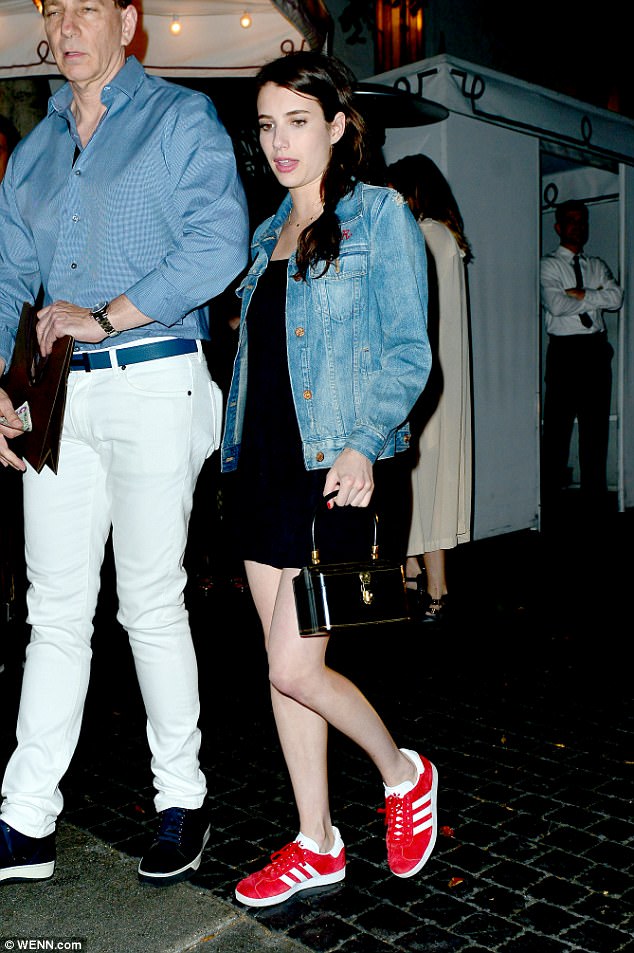 Emma is reuniting with AHS alums Evan Peters and Sarah Paulson for the show, which will document reaction to the election of Donald Trump as president. 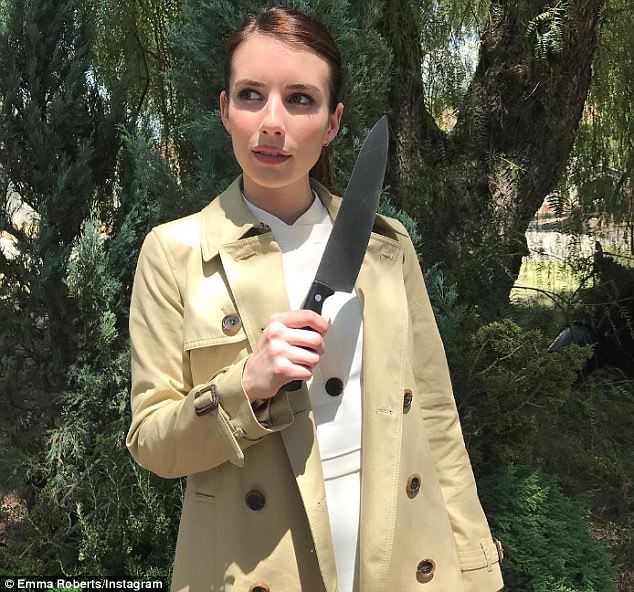 Emma is making a comeback to the small screen in September on the seventh series of American Horror Story. 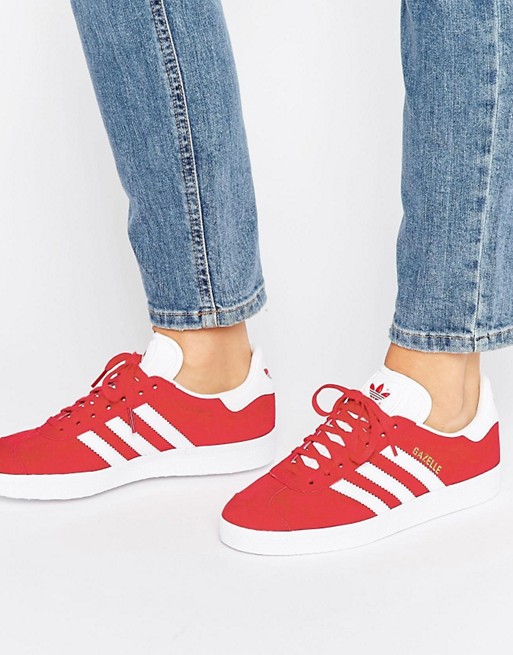 Emma’s bold footwear is from none other than Adidas. They’re the ‘Gazelle’ sneakers and the good news is you can click right to shop the exact pair now at Asos. They’ll brighten up any look. Everyone from Kendall Jenner to Fearne Cotton, Meghan Markle and Scarlett Johansson has been spotted in Gazelles in varying colourways, so they really are the style to be spotted in. 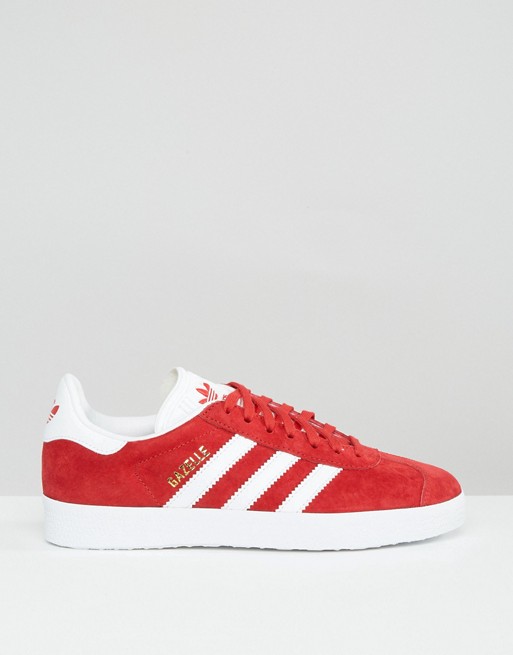 Tone down a pretty mini dress with your trainers like Emma or go super casual and pair with denim jeans and a slogan tee. 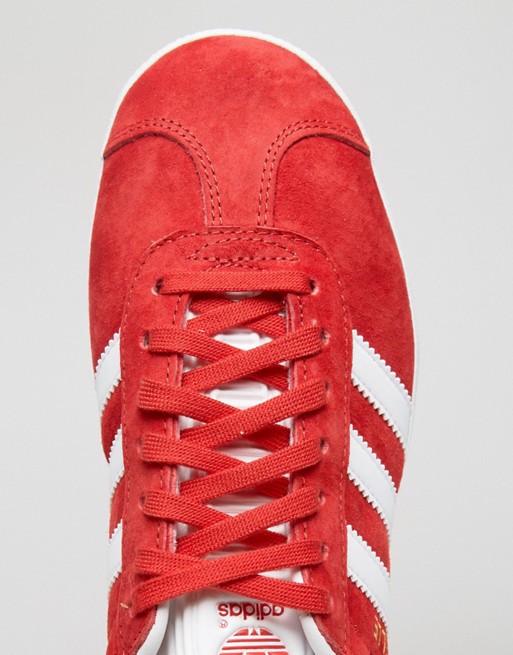 We also have an edit for you in the carousel below : 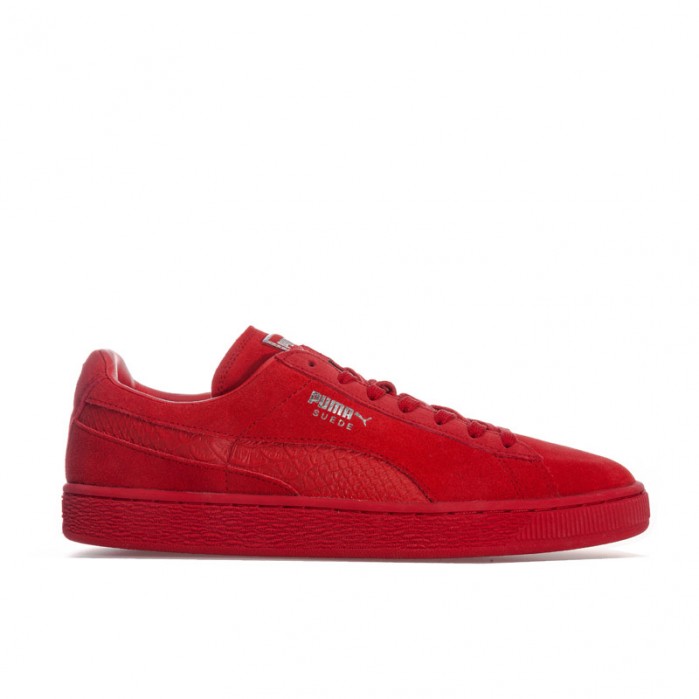 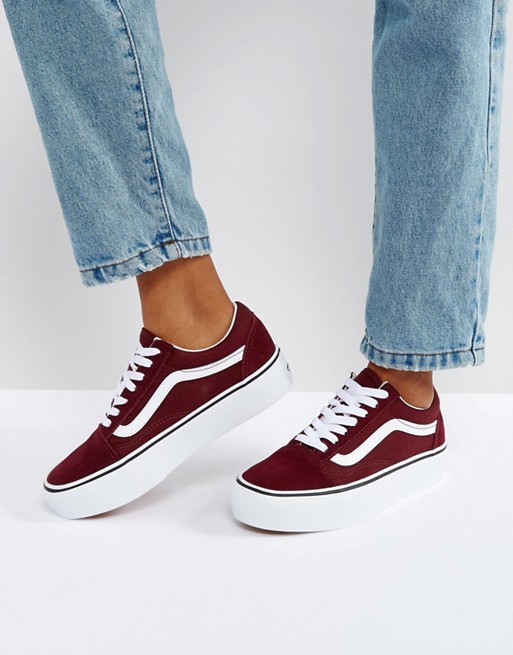