Emma McVey in a Scottish babymoon with Gaz Beadle

Emma McVey in a Scottish babymoon with Gaz Beadle

Emma McVey, 25, was born in London and is currently a lingerie model.Emma has been represented by Elite Model Management in London and Miami as well as Two Management in Los Angeles. She made her first public appearance with a brief cameo on season 13 of The Only Way Is Essex in 2015, when she was dating star Mario Falcone.  She is starting to be a prominent figure on social media having more than 350k followers on Instagram. She started dating Gaz Beadle,from Geordie Shore, in August 2016.

Her relationship with Gaz is what put her on the map and keeps her there. The couple showcasted a very intense bond from the beginning when they were pictured multiple showing heavy PDA in public and being inseparable. Everything moved on very quickly and just after a few months Gaz told in an interview that he is interested in marrying Emma. In January he made a very romantic gesture by taking over an entire beach and writing a giant love message in the sand. But things quickly downgraded and this May they split up in a very dramatic way. Emma branded Gaz a “liar” and a “cheat”, a “selfish narcissist” that kept cheating throughout the entire relationship.

However in June they got back together and not only that ,but in August they revealed that Emma is pregnant and they are going to have a baby boy. The pregnancy seems to be without major events, but the internet surely started making it dramatic. After she posted a few baby bumps pictures on Instagram, trolls and mean people kept saying that she has an unhealthy small tummy and she has been accused of being careless with her health. She denied those rumours and on Monday she and Gaz were spotted in Scotland enjoying their babymoon being as happy as ever.

Emma was very chic wearing a leather jacket paired with a thick grey scarf ,leather jeans and a Louis Vuitton handbag being the cherry on top. 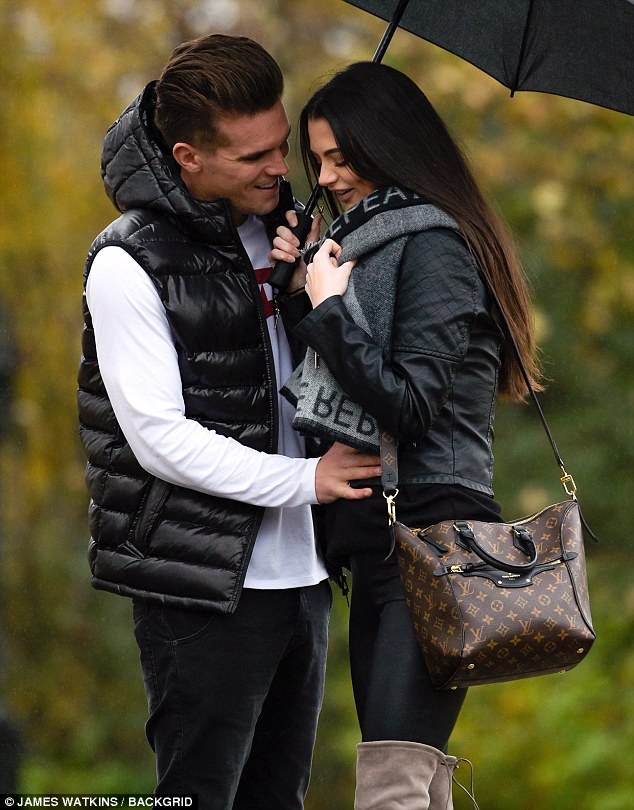 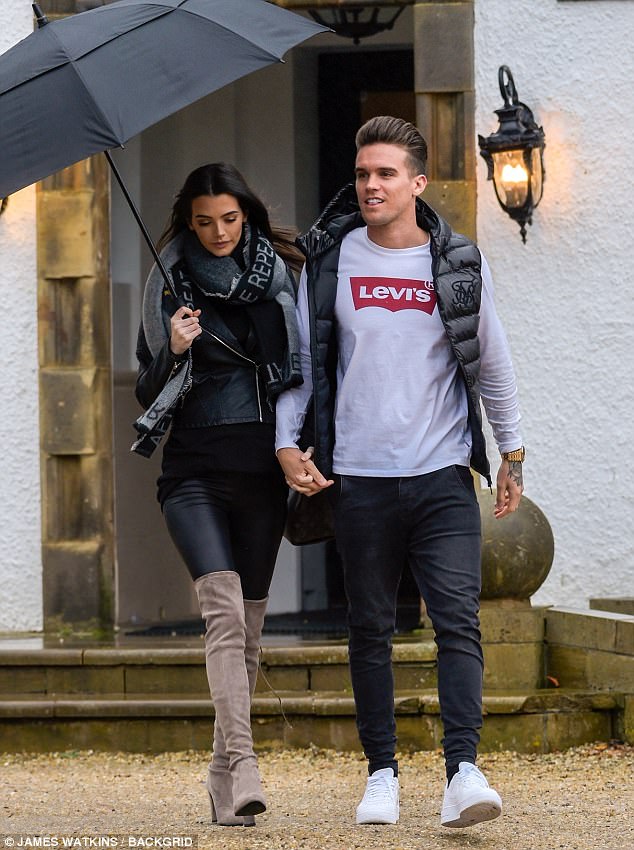 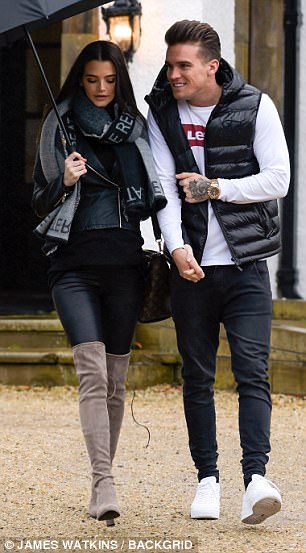 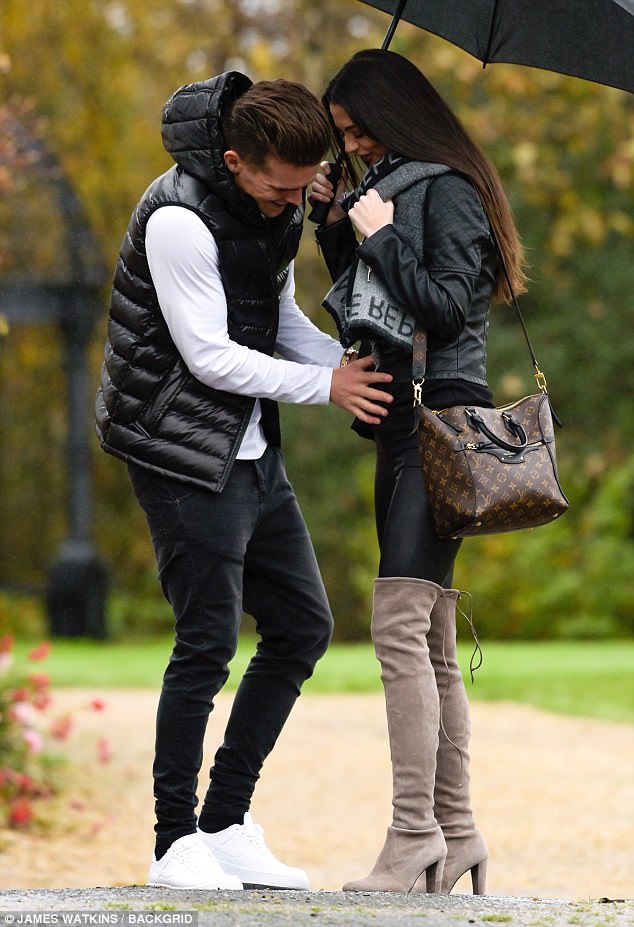 Heels seem to not be a problem for our pregnant lady so the thigh high grey Stuart Weitzman booties added an edge to the outfit. Every celebrity has a pair of Stuart Weitzman in their collection so why not add one yourself? This pair is easily mixable with everything in your wardrobe and it adds something extra to every casual look. 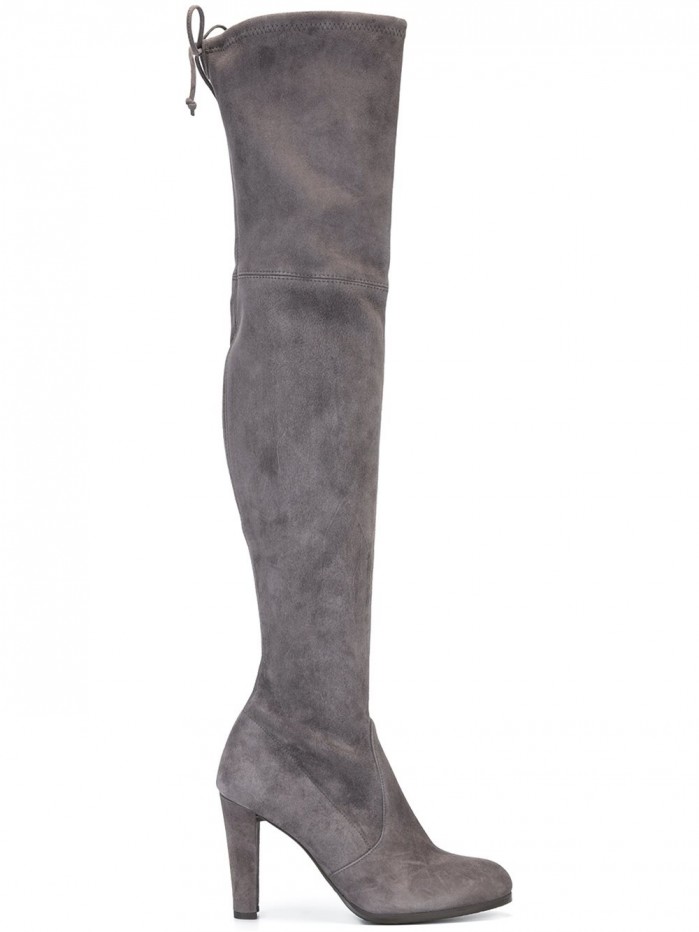 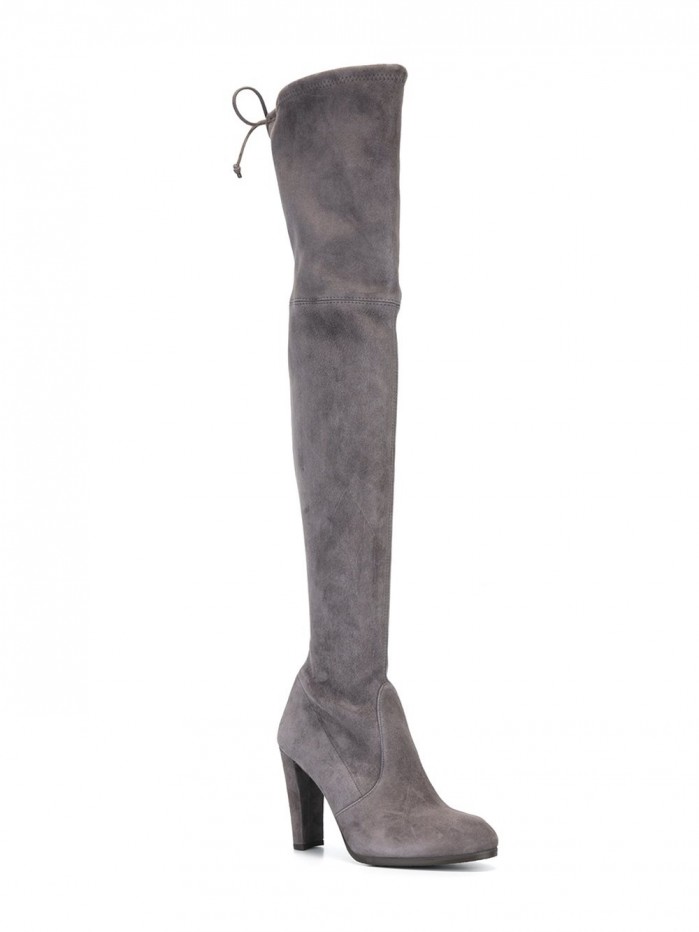 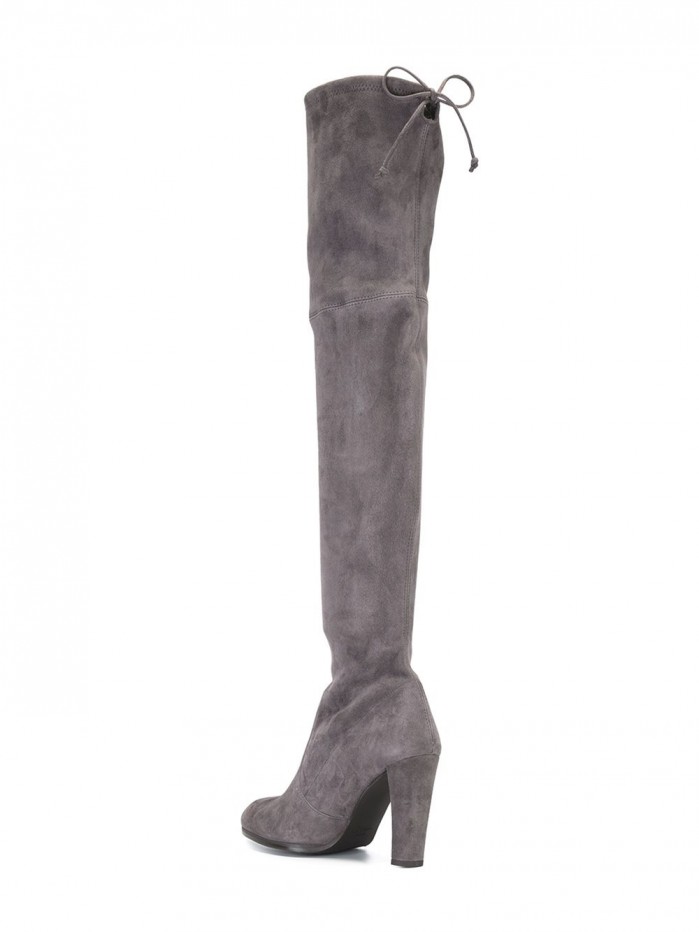 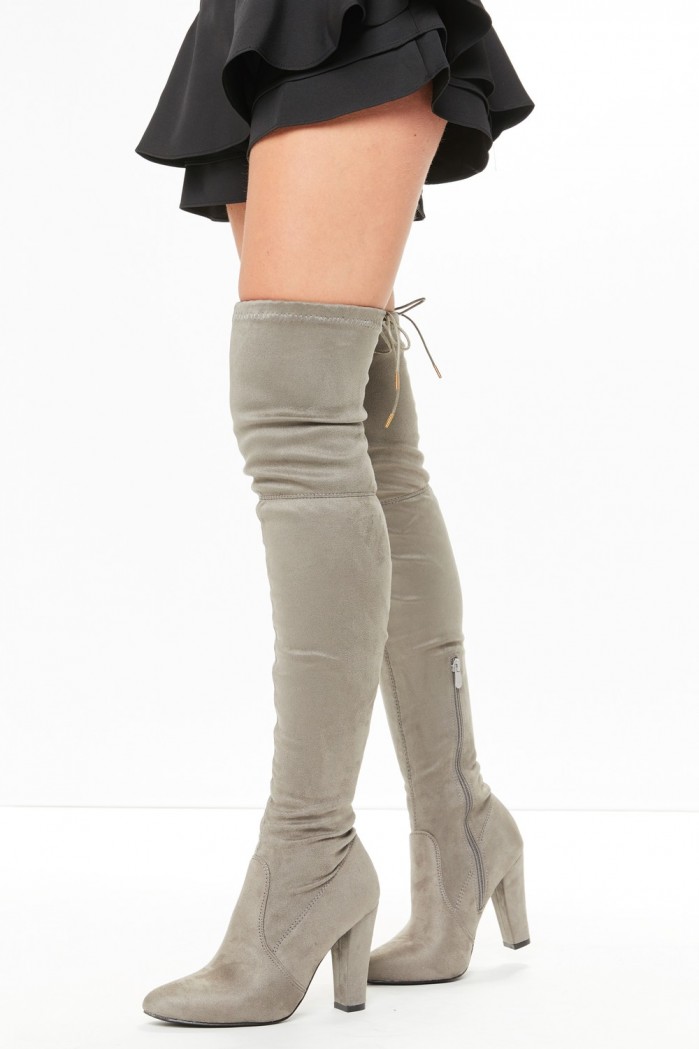