She began experimenting with marijuana over a decade ago. And Emily Ratajkowski sure looked pleased as she made a pit stop at a cannabis dispensary in Los Angeles on Monday. The newlywed, 26, left the shop alongside her gal pal and with a little orange packet in hand. 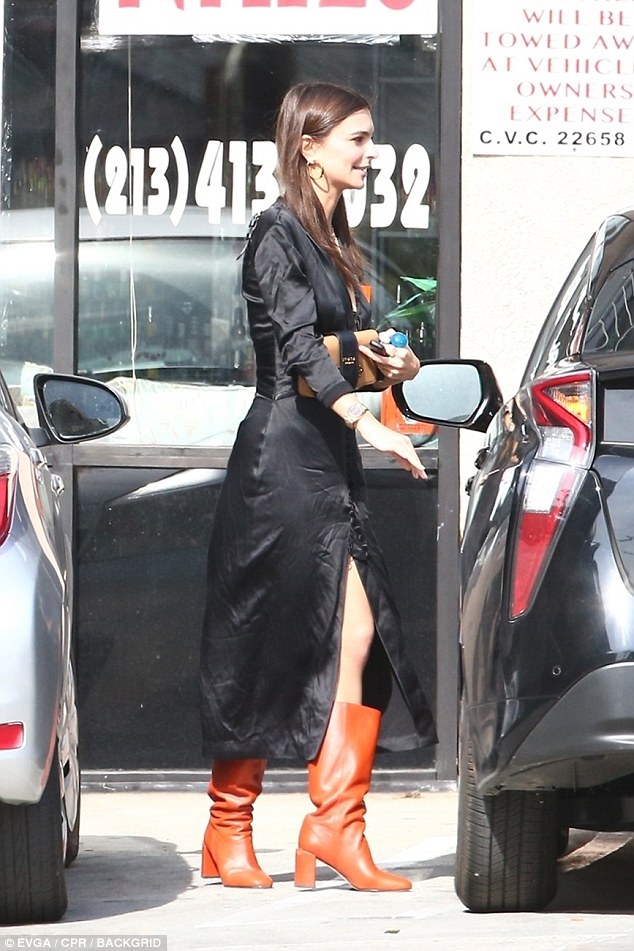 Emily had a smile on her face as she stepped outside of the dispensary, turning heads in her sizzling black dress that flashed ample amounts of skin thanks to it’s plunging neckline and thigh-high slit. The Gone Girl actress wore her silky brunette tresses down as she accessorized her casual cool look with dangling gold earrings and a pair of knee-high leather boots. She carried a dainty beige clutch and wad of cash. Emily has previously been open about using marijuana, which became legalized for recreational use in California this year. 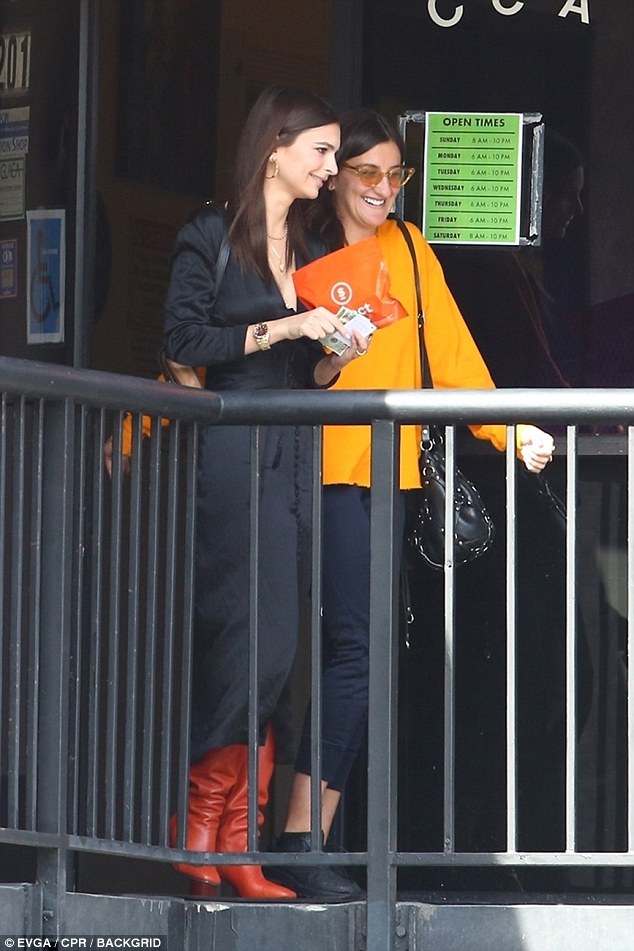 The actress recalled meeting her parents ‘stoned’ at a play at age 15, in an interview with GQ. ‘They looked at me like, “Are you f***ing kidding me?”. I was also stoned and it was one of my first times smoking weed,’ she told the publication in 2015. 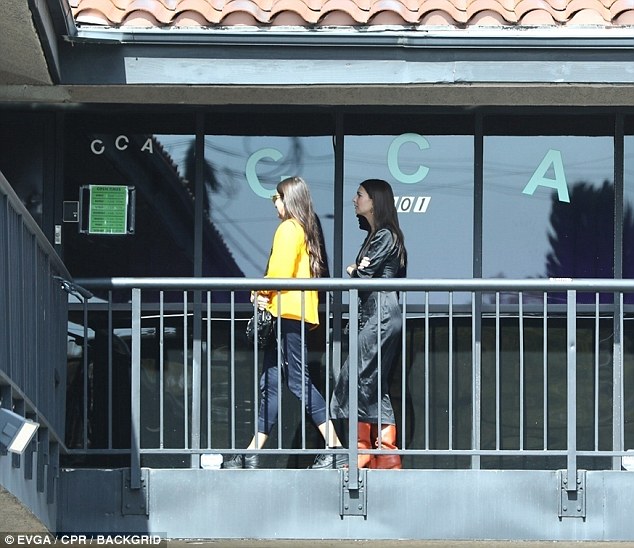 ‘I remember my mum coming really close to my face and being like, “Your eyes look really small…” I went to the play and immediately passed out.’ Nowadays, Emily says her parents are more accepting about her marijuana use. ‘I had friends whose parents would smoke weed with them, but that was not the case with me… now it’s fine.’ 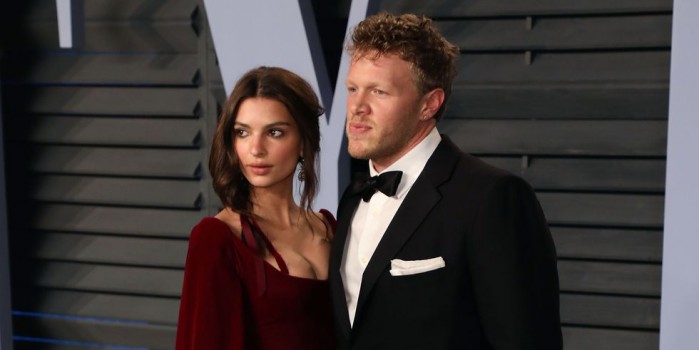 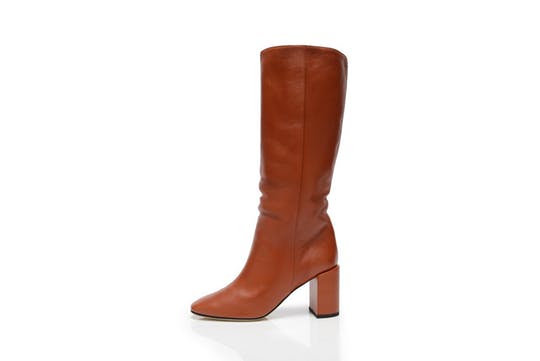 We love Emily Ratajkowski’s style. From designer gowns on the red carpet, to wearing Zara to get married, the star has an eclectic dress sense that always keeps us guessing. 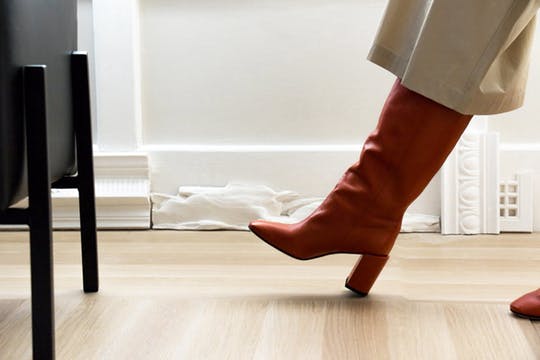 Her wardrobe is also packed full of IT labels and must-have pieces, just like these tan knee-high boots by Dear Frances, a brand also spotted on the likes of Selena Gomez and Sofia Richie. Emily teamed them here with a silky black midi dress, but they would look equally as great with blue jeans and a cosy knit. 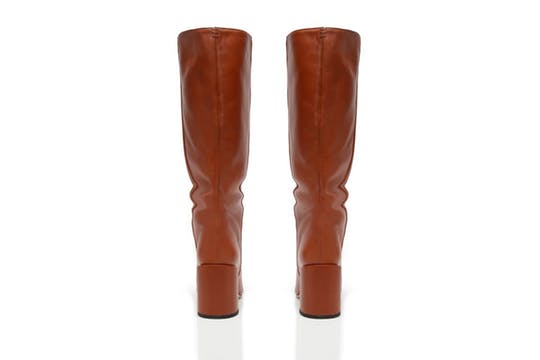 Love her boots as much as we do? If you fancy treating yourself, you can buy the same kicks now (click Buy), or if your shoe-shopping budget won’t stretch that far, simply browse from the line up below. 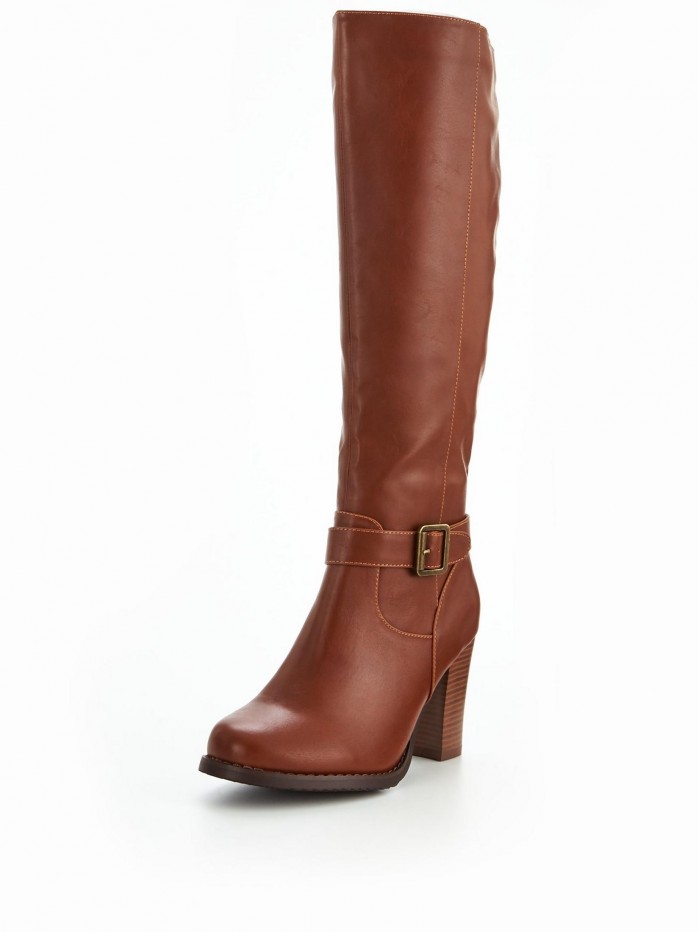 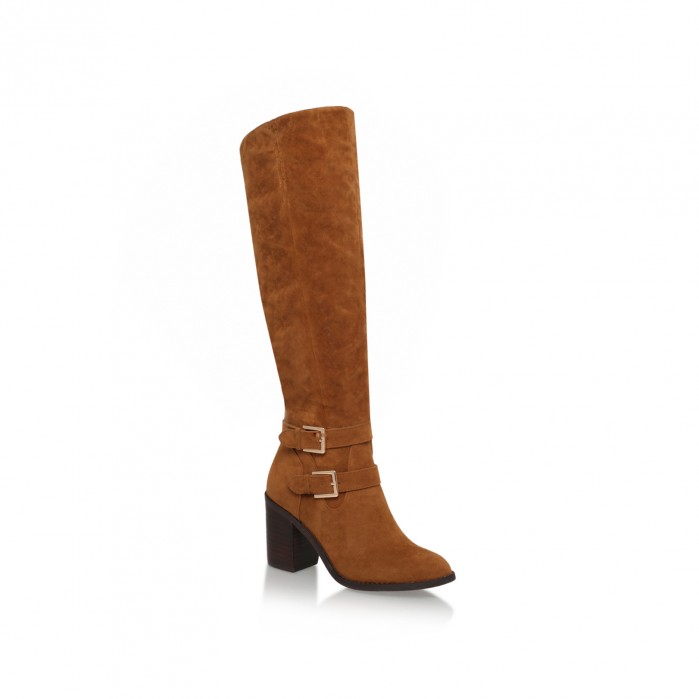