She’s been busy shooting a new campaign for Victoria’s Secret. But Elsa Hosk enjoyed a well-deserved break from her busy work schedule as she stepped out in New York with boyfriend Tom Daly on Friday.  Showcasing her off-duty style in a chic leather jumpsuit, the 28-year-old was seen locking lips with the British entrepreneur as they enjoyed a day out together. 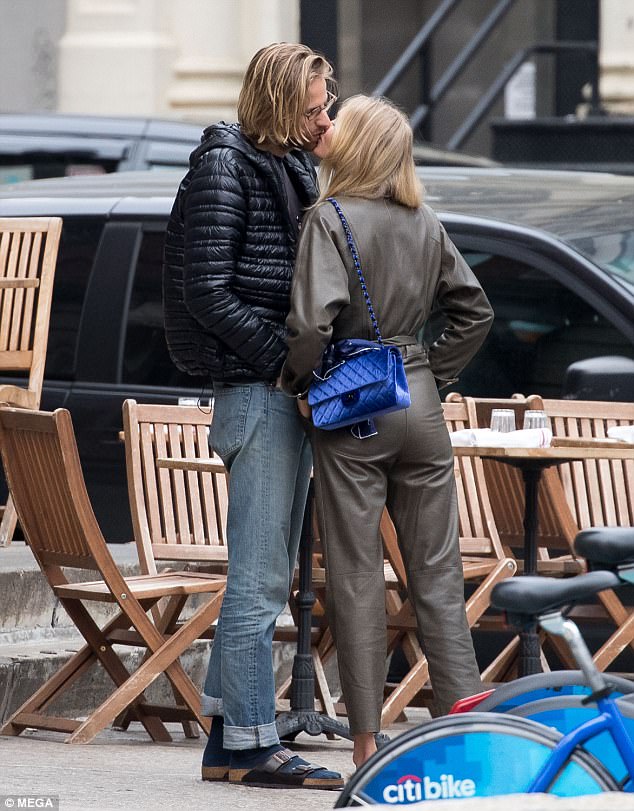 The Victoria’s Secret Angel showed off her statuesque figure in the stylish one-piece, which cinched in at the waist. She finished of the utility-chic look with a pair of black leather Gucci loafers, before adding a pop of colour with a quilted blue bag. Wearing her blonde locks down over her shoulders, she accentuated her glowing complexion with a dash of blusher, before adding a liberal coating of mascara to finish. 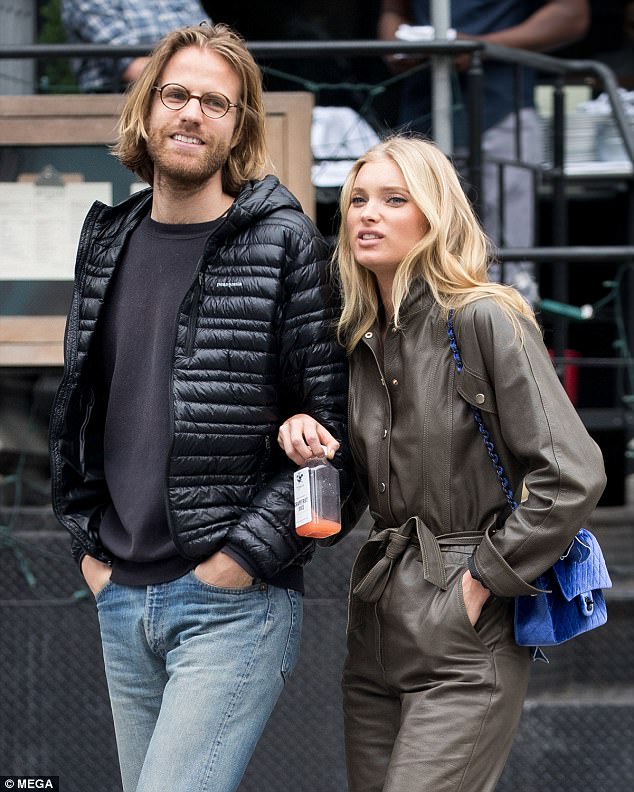 Tom meanwhile went for a casual ensemble, teaming a black puffer jacket with a pair of light-wash jeans – before breaking the fashion rules by wearing socks with sandals. Elsa has been dating the Brit, who is co-founder of eye-wear brand District Vision, since 2015 – with the pair looking up as loved-up as ever during their outing on Friday.  The Swedish beauty has been busy shooting for Victoria’s Secret, posting a series of sizzling backstage snaps on Instagram earlier on in the day. 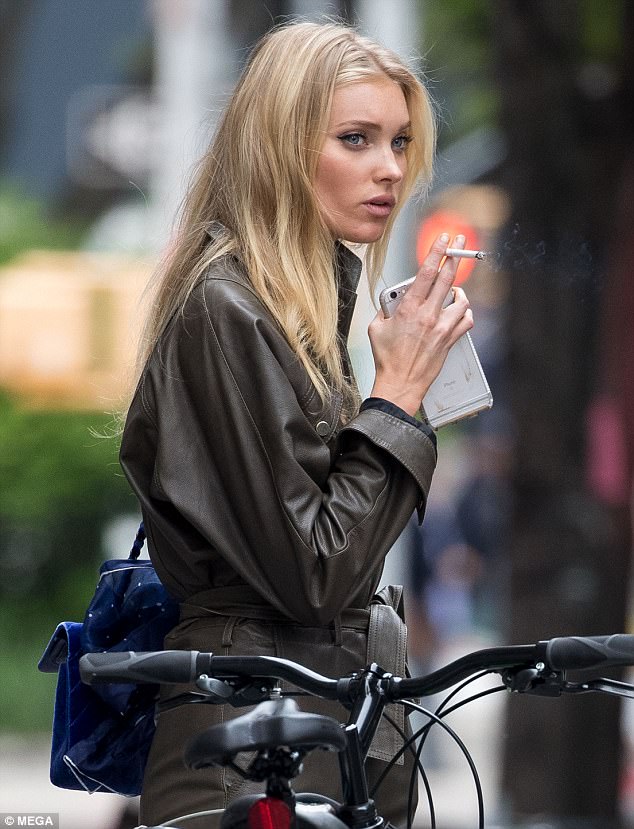 Pulling a series of expert poses, she showed off her incredible figure in a silky bra and lacy knickers while on set. Elsa started modeling for Guess at the age of 14 and has gone on to do work for Dior, H&M as well as Dolce & Gabbana. 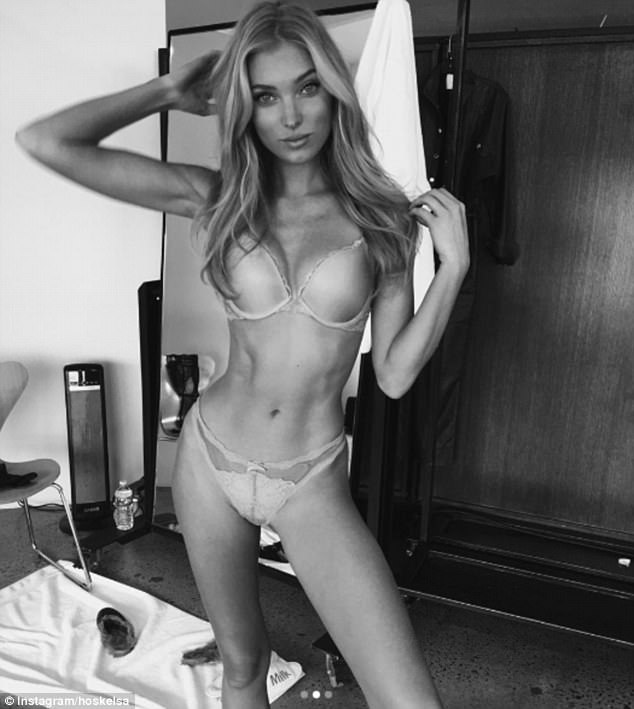 The star was recently linked to the controversial Fyre Festival debacle, after the homepage for the festival featured Elsa and other models relaxing on the beach and swimming through crystal clear waters. The boutique music festival, co-organised by rapper Ja Rule, was billed as a ‘cultural moment created from an alchemic blend of music, art, and food’.  But on arrival revellers reported finding half-built tents, rat droppings, dogs wandering around the site, mountains of rubbish and thugs looting alcohol.  The image featuring the models was only used for a promotion and many have apologised over the incident. 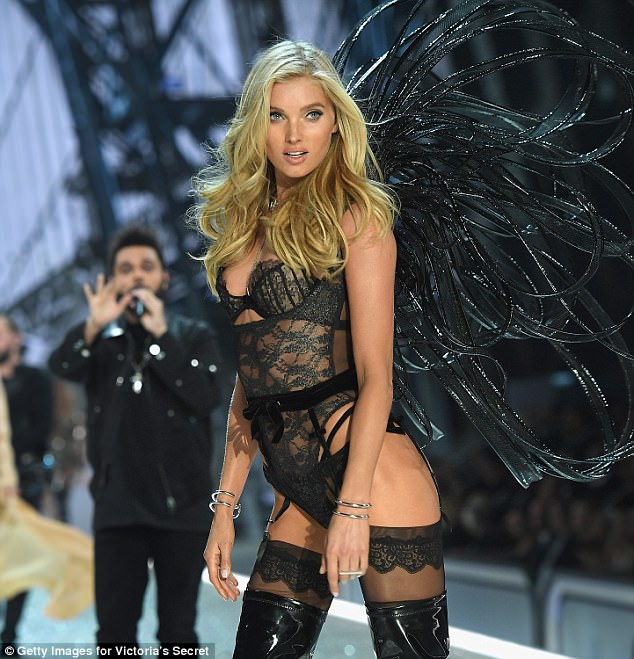 She has walked in the Victoria’s Secret show since 2011, and was promoted to Angel status in 2015 , joining an elite group of famed supermodels that include Alessandra Ambrosio, Behati Prinsloo and Stella Maxwell. 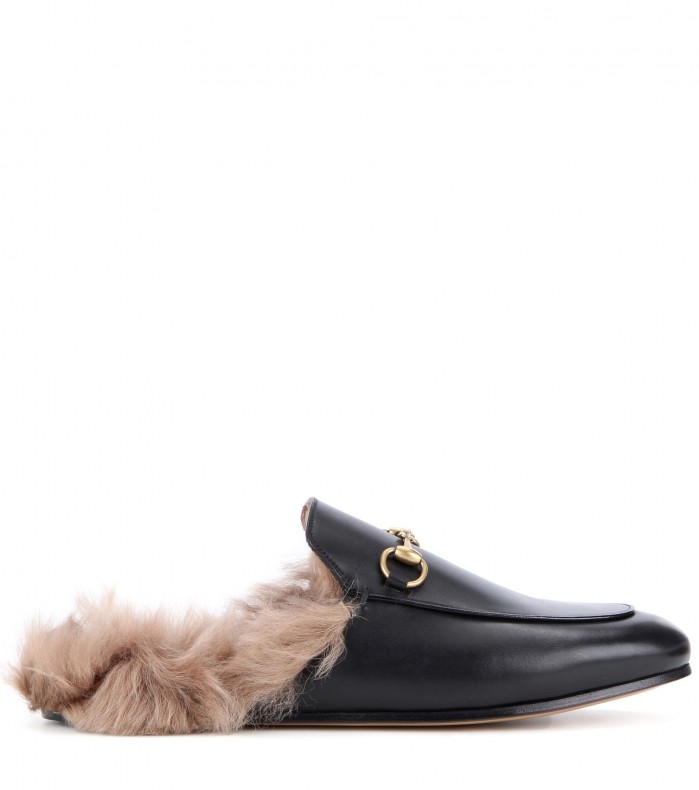 Comfort and style come together for these Princetown slippers from Gucci. Lined with fur and finished with the label’s signature horse-bit embellishment in a rich gold-tone effect, they are sure to become your most coveted pair this season. Show off the fur trim by styling yours with cropped trousers. 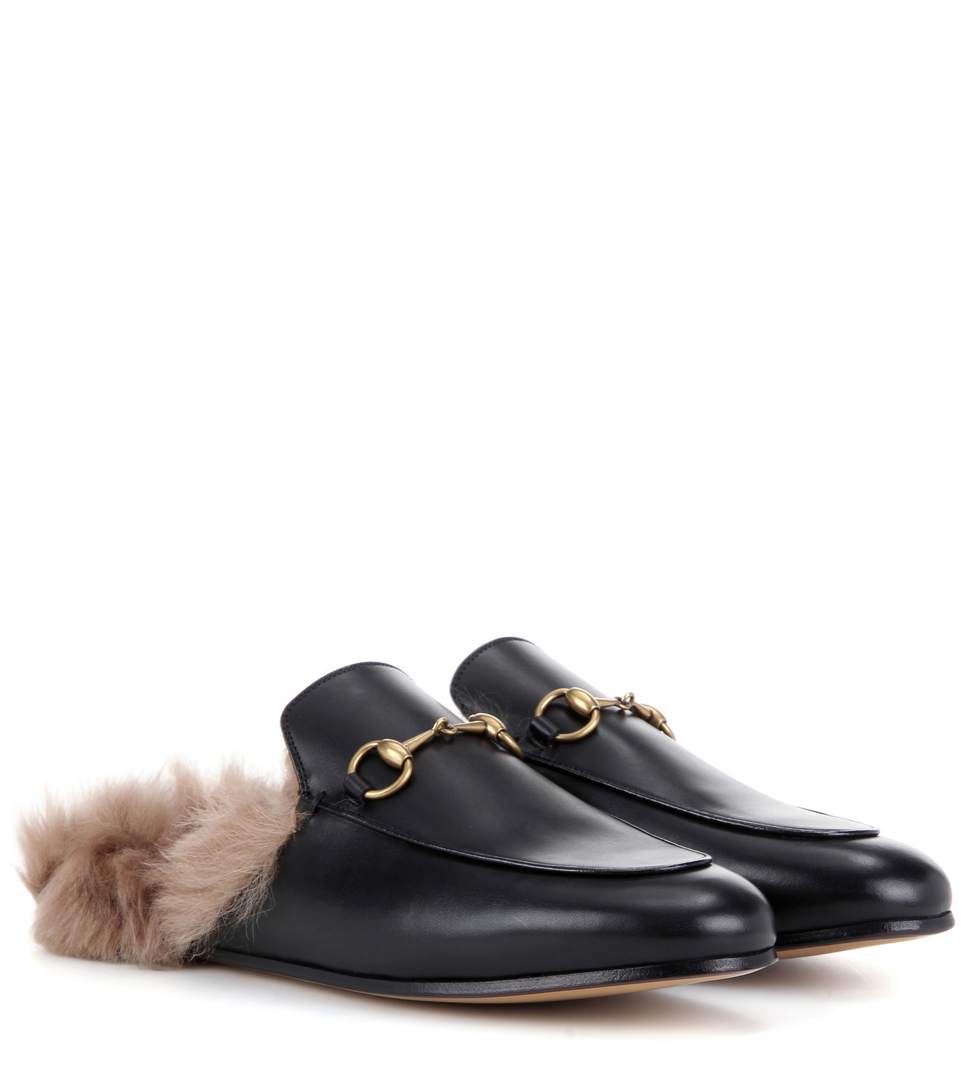 There’s no denying how much of a fashion-forward spin these loafers add to an outfit – they’ve transformed Elsa’s off-duty jumpsuit – making them a simple way to keep any outfit bang on-trend. 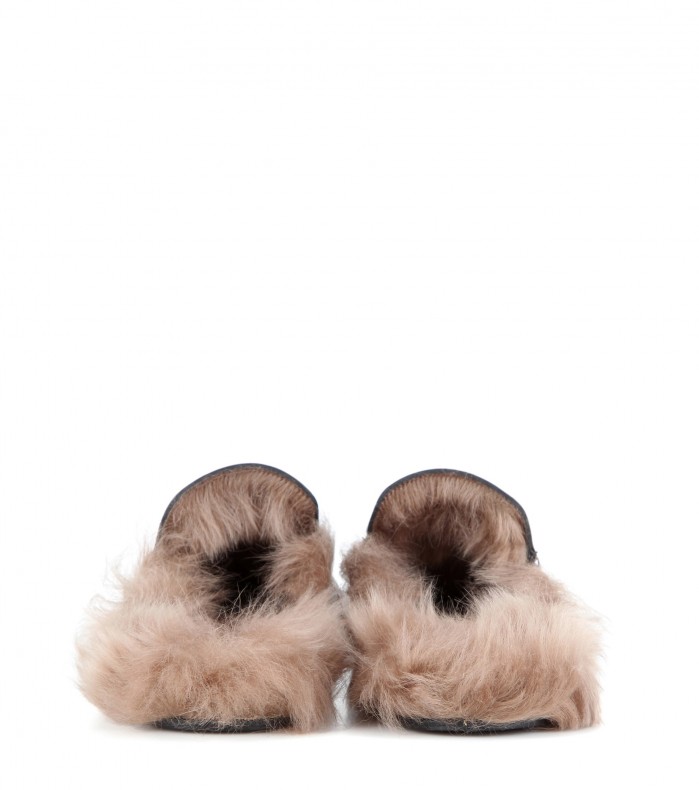 If you’re yet to go fur it, click ‘Buy’ to join in the action and buy Elsa’s designer originals. Or for all you budget babes out there, head to the edit below: 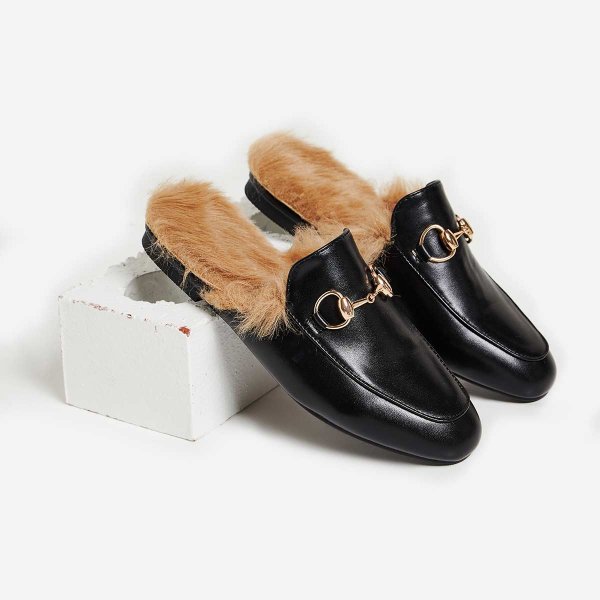 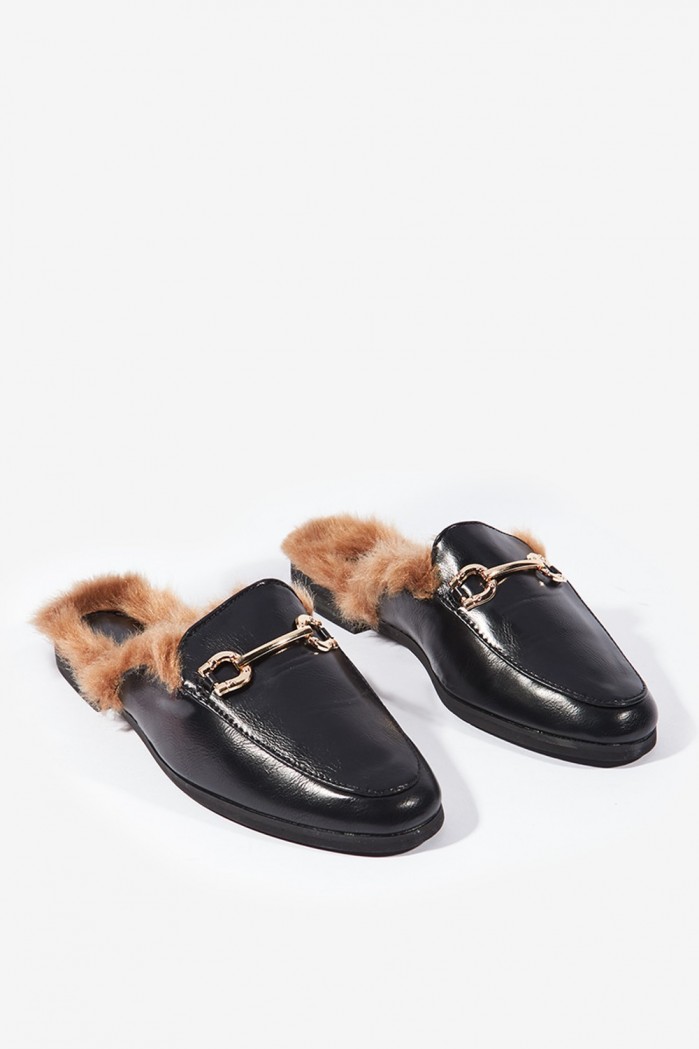