She showcased her striking sense of style at the star-studded Miu Miu show during Paris Fashion Week.
But Elle Fanning proved she could look just as stunning in casual looks on Thursday, as she stepped out in New York make-up free. 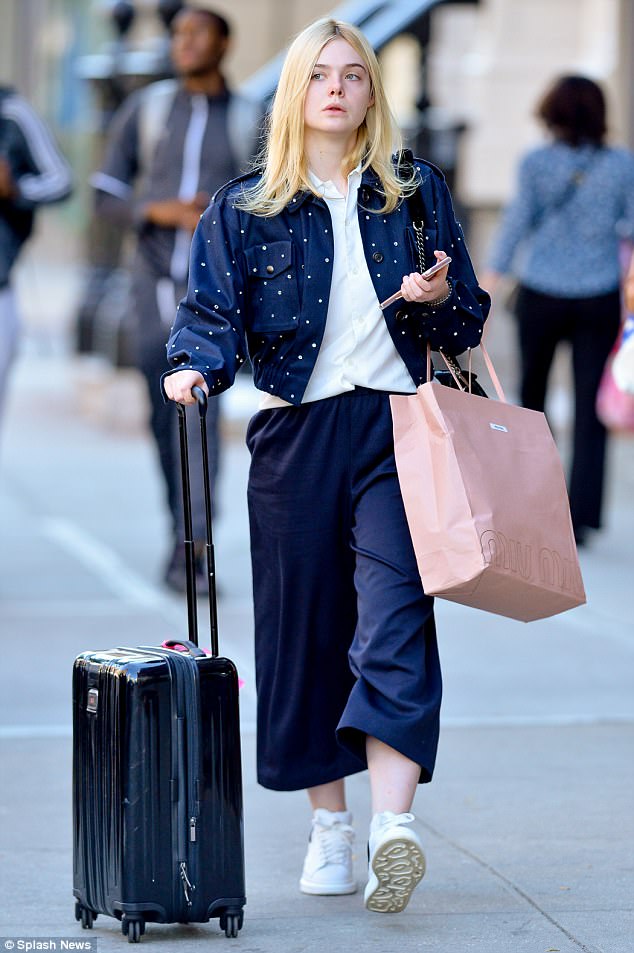 The actress, 19, slipped into a playful polka dot jacket and trendy culotte trousers as she embarked on another busy day in the city, with a suitcase in hand. The Super 8 star was casually trendy in loose-fitting navy culottes, which she smartened up with a crisp white shirt. 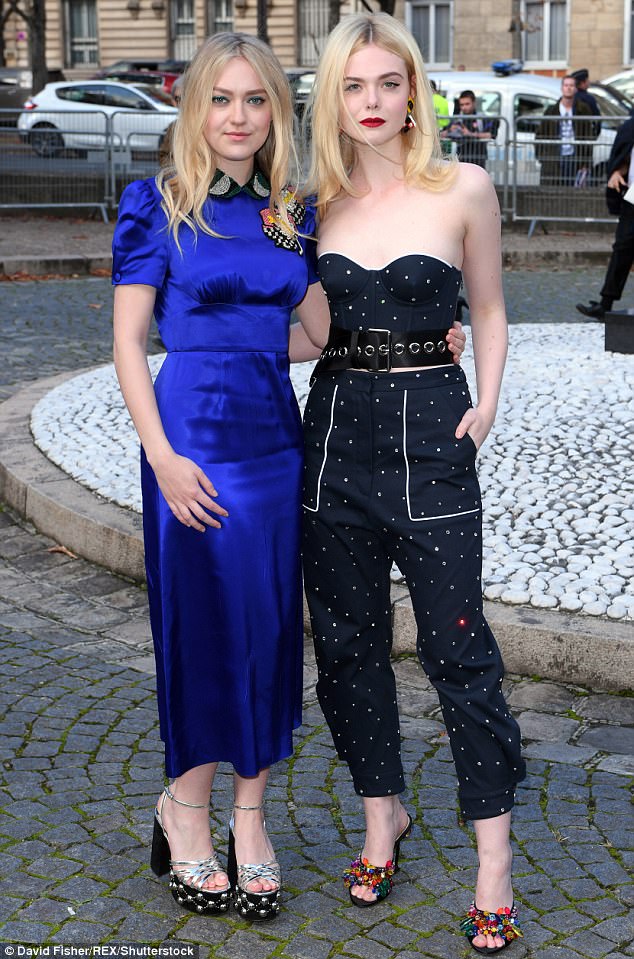 Proving her sartorial flair from head to toe however, the blonde layered a cropped bomber jacket on top, patterned with girly white polka dots all over.

Injecting a sporty feel into the look with clean white sports trainers, Elle then slung a quilted black handbag over one shoulder, for a finishing touch of glamou 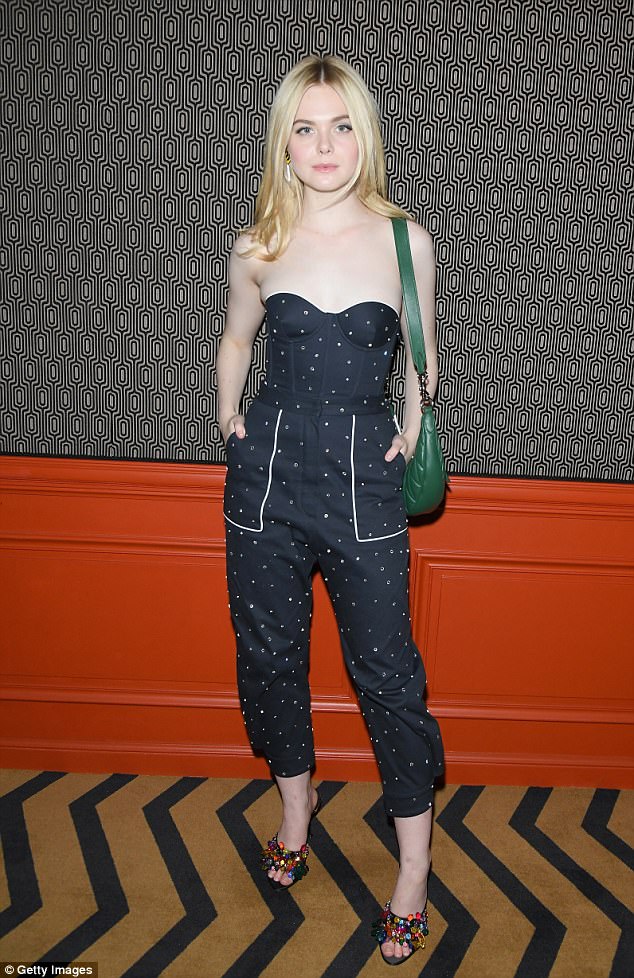 The Georgia native left her hair in its usual, glossy style and opted to go without make-up – to display her enviably clear and glowing complexion to all.  Indulging in a spot of retail therapy, Elle also carried a Miu Miu shopping bag on one arm, and rolled a suitcase along with the other – perhaps preparing to jet off to her next destination.  The low-key look is a far cry from Elle’s usual red carpet glamour, where she is known to show off her sensational figure in show-stopping gowns. 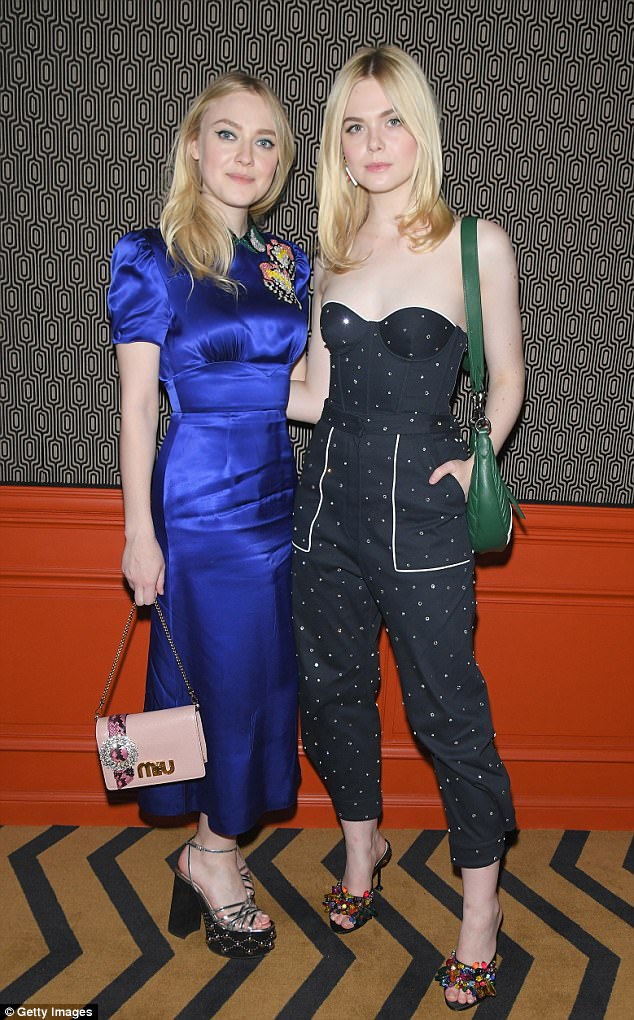 Earlier this week, she had commanded attention in a polka dot jumpsuit as she joined her sister Dakota on the FROW at the Miu Miu show during Paris Fashion Week. The younger sister of the renowned actress, 23, has forged a successful career in recent years, away from her family ties. 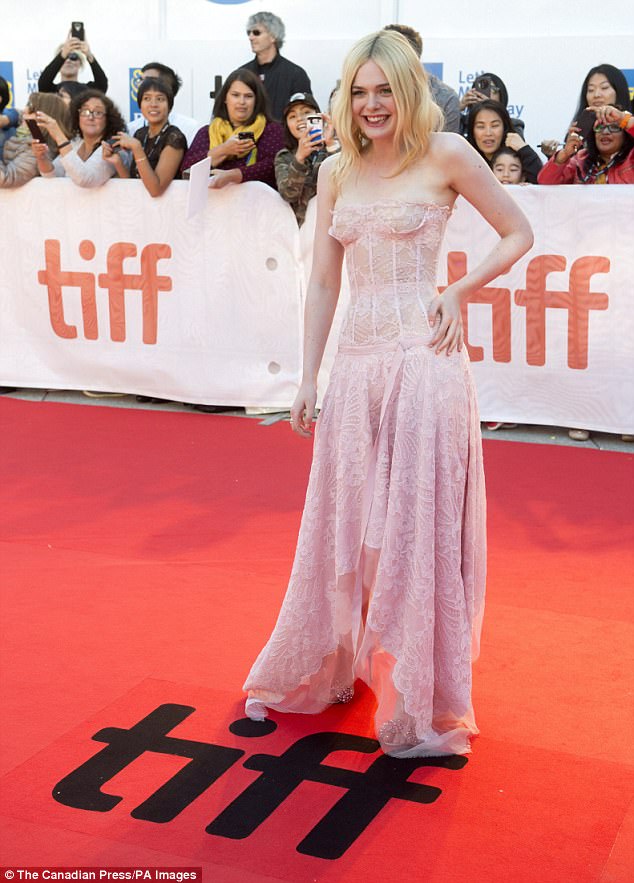 She has most recently been spotted filming scenes for an as-yet-unnamed Woody Allen film in New York City alongside co-star Timothee Chalamet. The young stars are appearing in the new movie alongside Selena Gomez, Jude Law, Kelly Rohrbach, Liev Schreiber and Rebecca Hall. 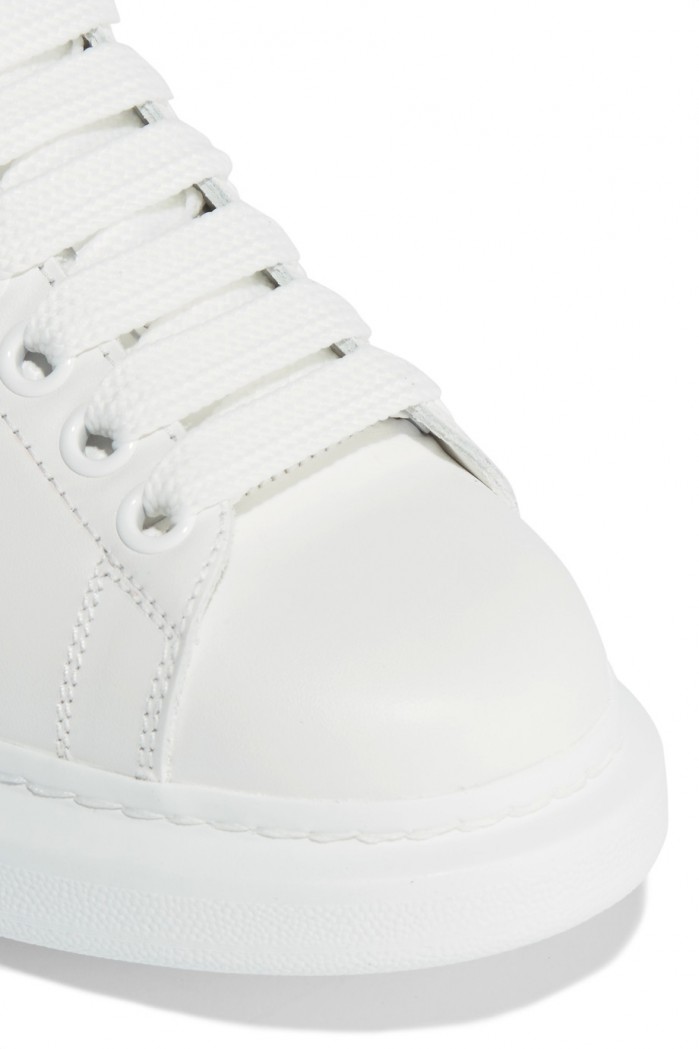 Alexander McQueen’s signature sneakers are defined by their exaggerated proportions. Crafted from supple white leather with midnight suede heel counters, this pair is set on a chunky sole and fastens with wide laces. We think they’re perfect for grounding mini skirts and dresses. 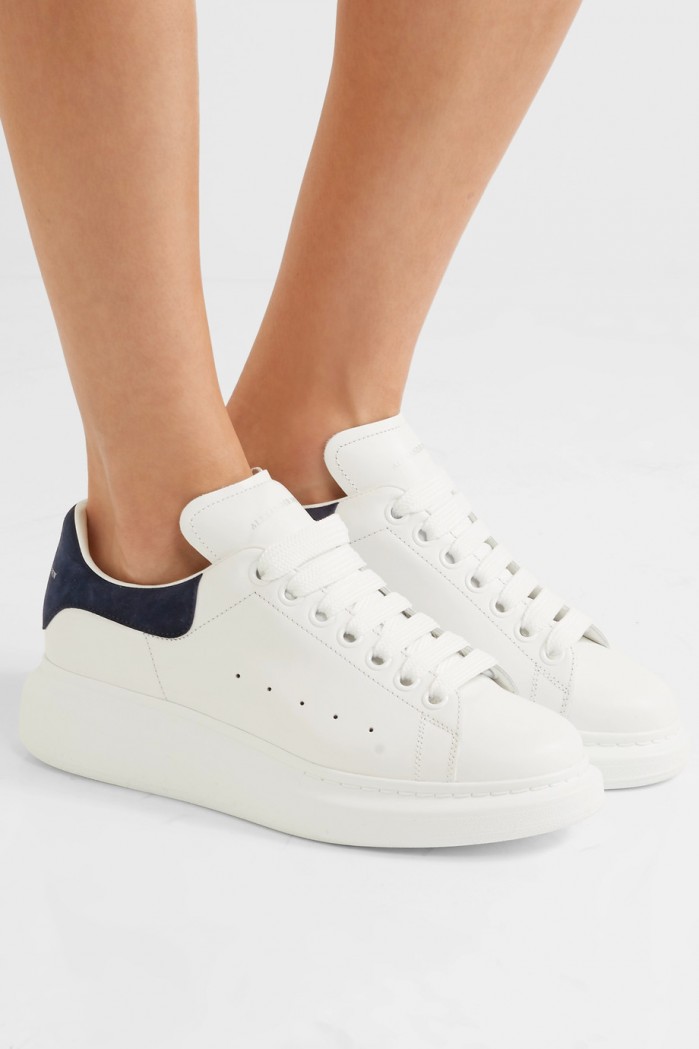 Featuring a statement elongated platform sole, they’re a perfect example of what happens when you give sneakers a high fashion makeover, making them the ideal compromise for fashion fans who want to embrace the trainer trend but still need their designer fix. Click ‘Buy’ to nab them from Net-a-Porter! 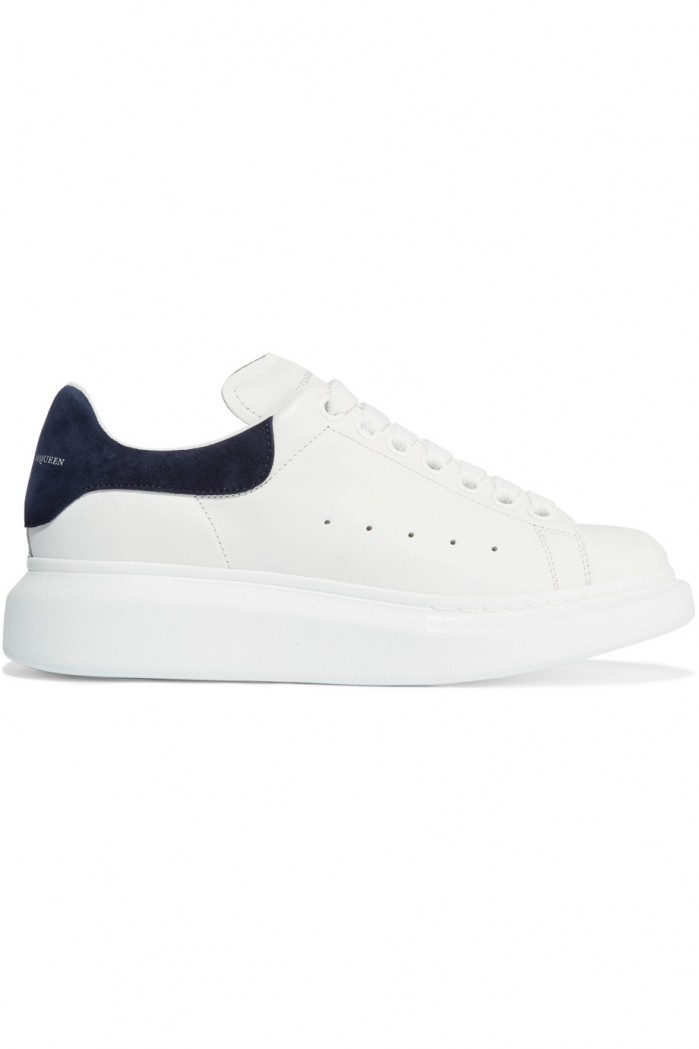 If you can’t splash the cash, there’s good news because the high-street have come up trumps with some great lookalikes – check out the best in the edit below! 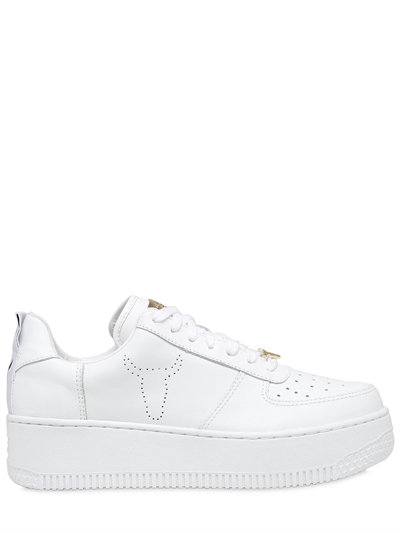 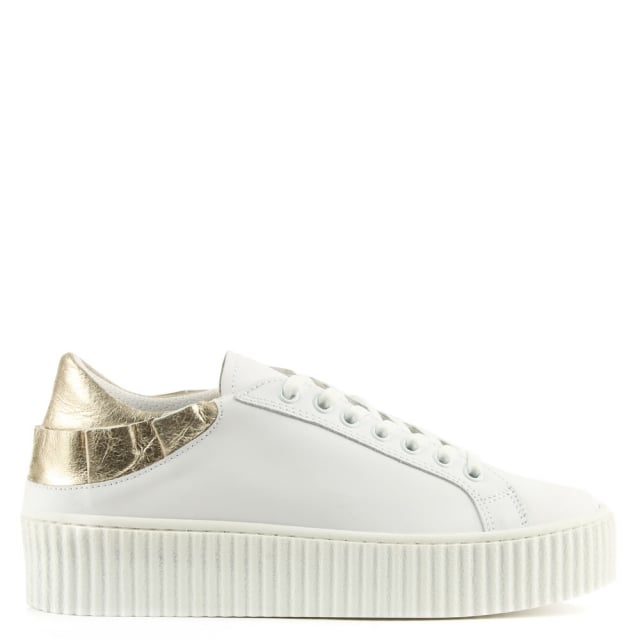