On Friday evening she set pulses racing as she stunned in a Gothic inspired transparent gown. And Elizabeth Olsen once again flaunted her enviable physique at the Wind River photo-call at the 70th Cannes Film Festival on Saturday in France. The 28-year-old acclaimed American actress cemented her style status as she flaunted her enviably toned legs in a glitzy patterned mini-dress. 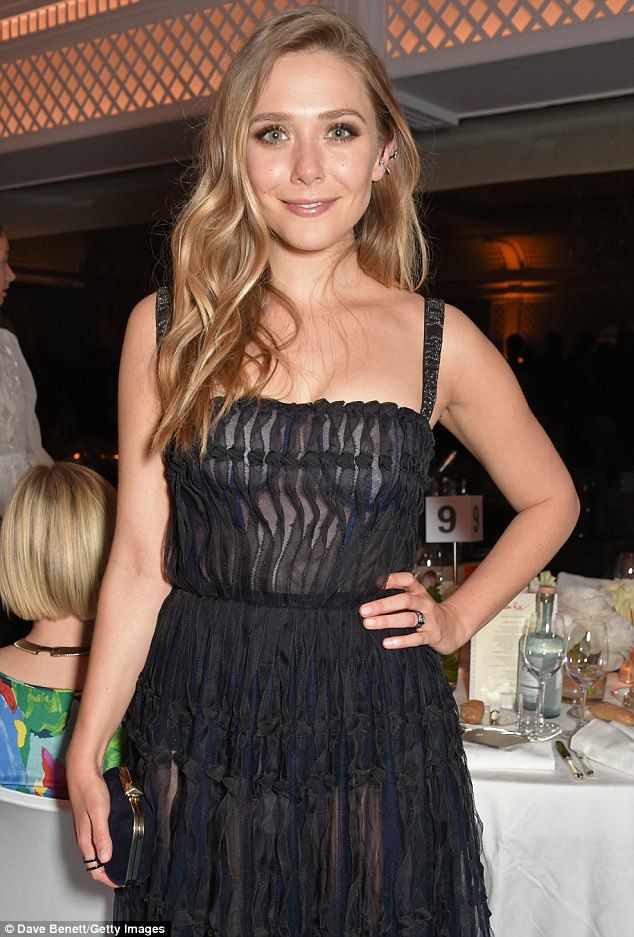 Elizabeth, who is the star of the upcoming action crime thriller, wowed in the striking garment, which fell at a saucy thigh-skimming level.  The glittering number hugged onto her sensational curves and cinched in her trim midriff with a panel of black velvet. 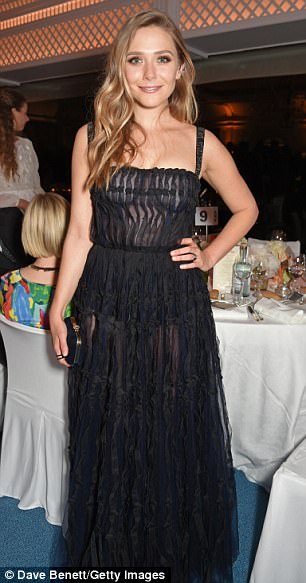 The sleeves of the patterned number started in a structured manner before flaring out in a more baggier style. The sister of Ashley and Mary-Kate actress boosted her height in a pair of strappy black caged heels. 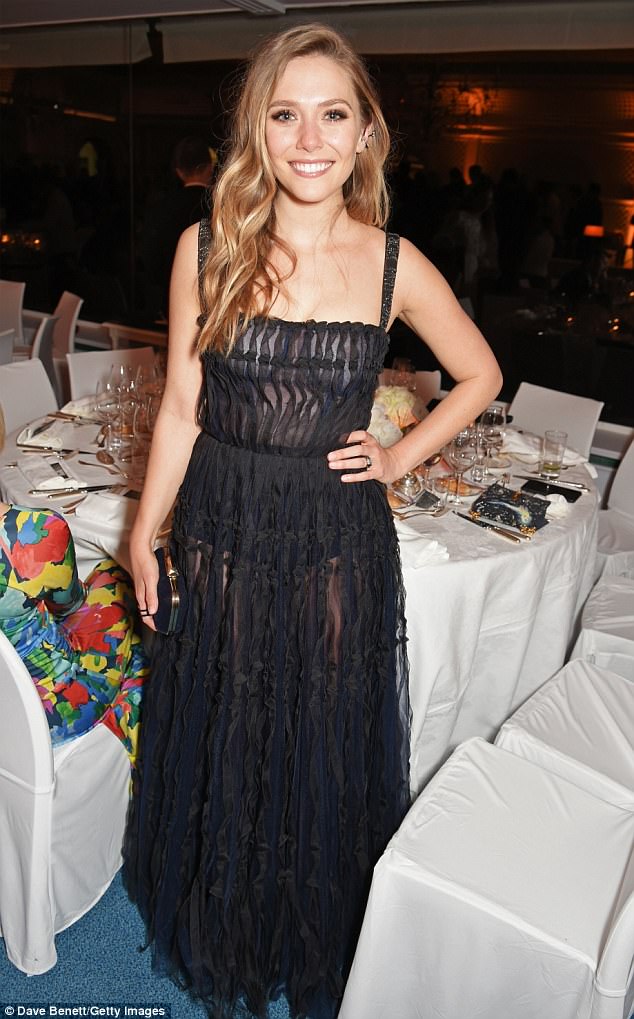 Her centre parted blonde locks sported subtle sexy waves and complemented her number’s chic turtleneck design.  Relying on her naturally striking features, Elizabeth opted for only a slick of make-up, which consisted of blush infused cheeks and pink lip gloss. 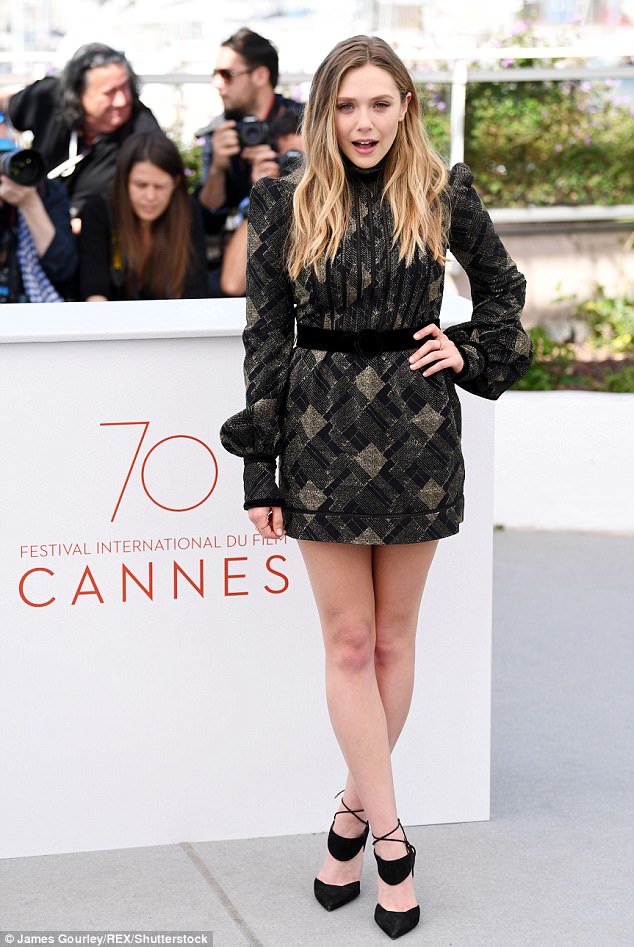 The indie darling looked in high spirits as she posed for photographers alongside co-star Jeremy Renner. The hunky actor, 46, looked absolutely dapper in a grey suit and polka dot white shirt. 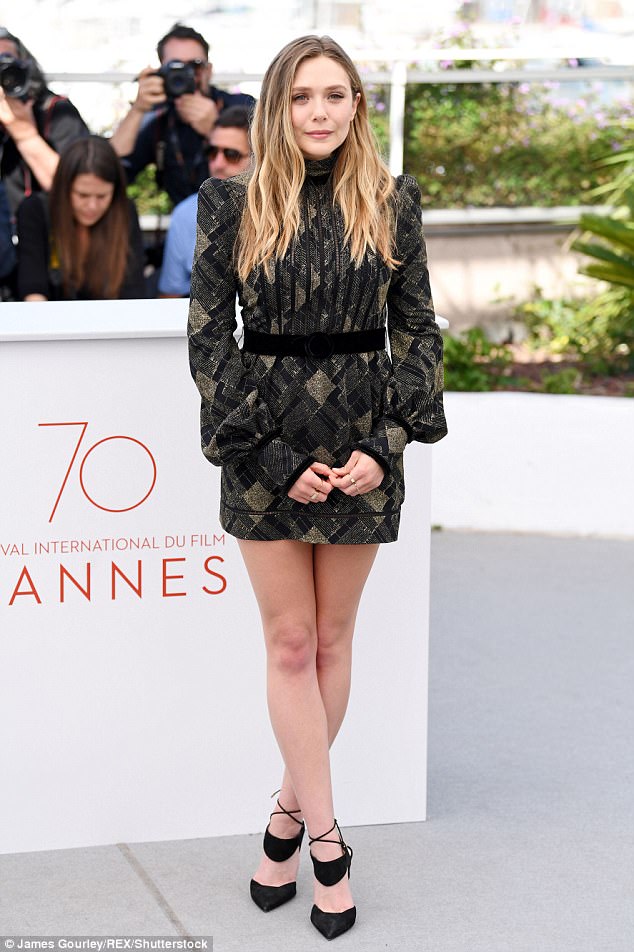 The night before, Elizabeth wowed yet again as she attended ninth Annual Filmmakers Dinner in Cannes. 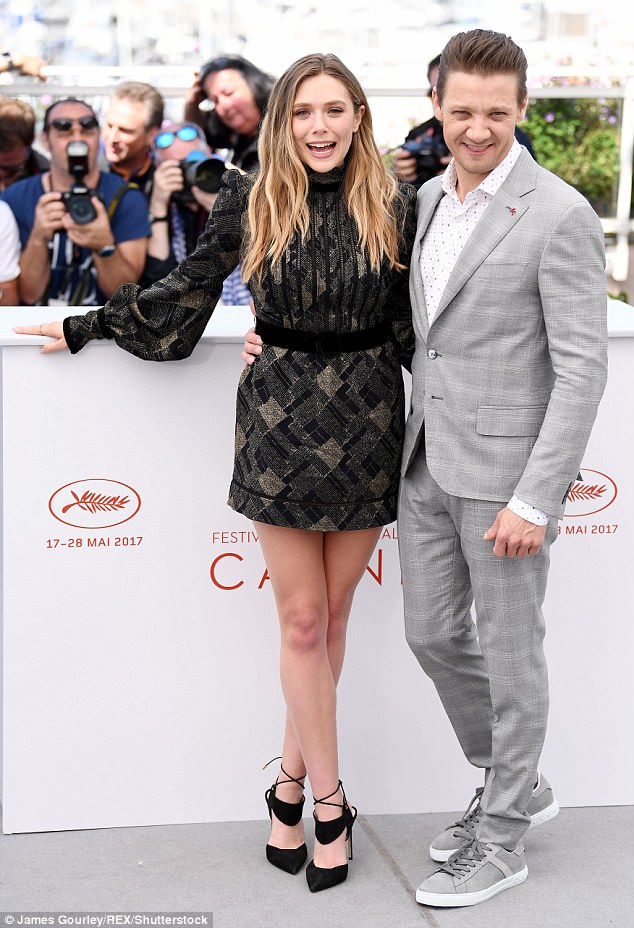 Leaving little to the imagination, the star caught the eyes of onlookers when she went braless in a Gothic inspired transparent gown. She put her sensational figure on display in the sheer pleated ensemble which showed off some serious skin – and her matching pants. Her evening attire was complete with sequin-studded straps to add a hint of Hollywood glamour to her appearance. 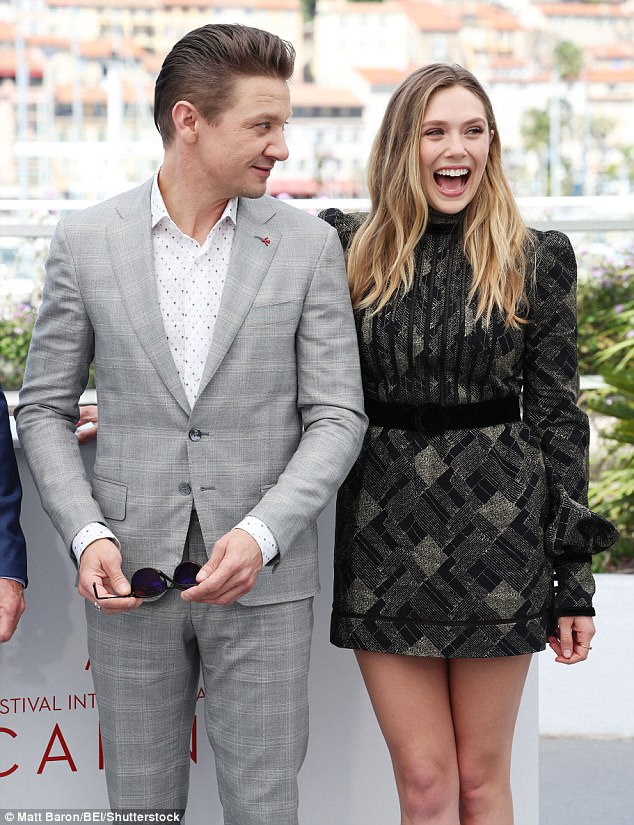 Elizabeth kept her accessories minimal to put the focus on her striking attire, only carrying a small clutch which brought out the color in her dress. Accentuating her youthful features, she wore deftly touches of mascara and a slick of cherry pink lip gloss to finish. The Stateside beauty let her golden curls fall down her shoulders in loose curls, giving her a tousled look. 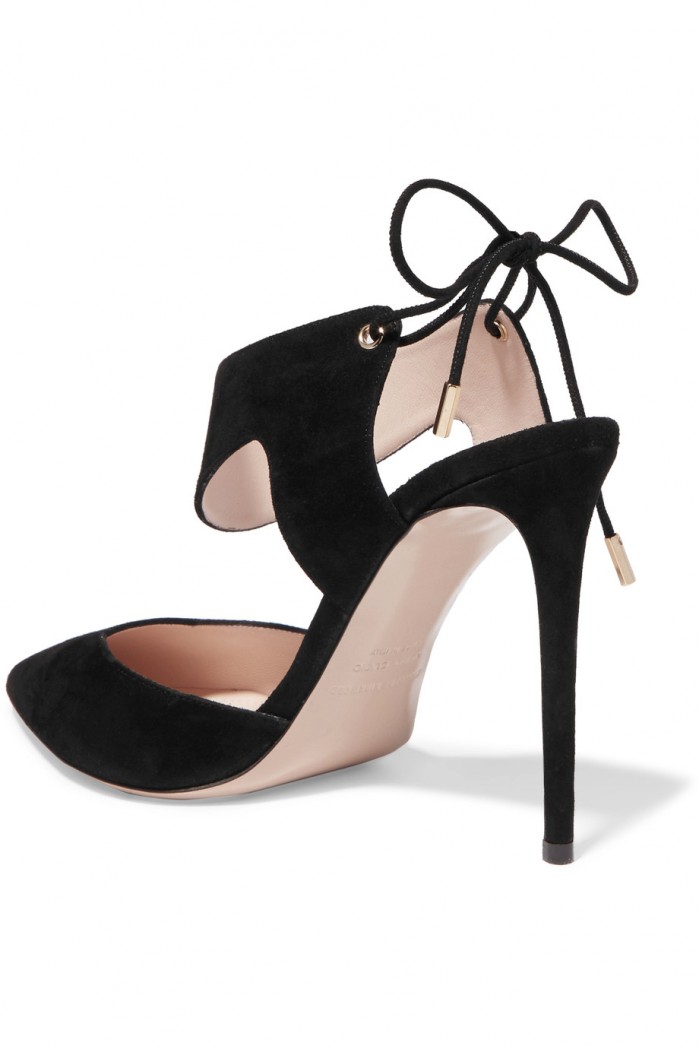 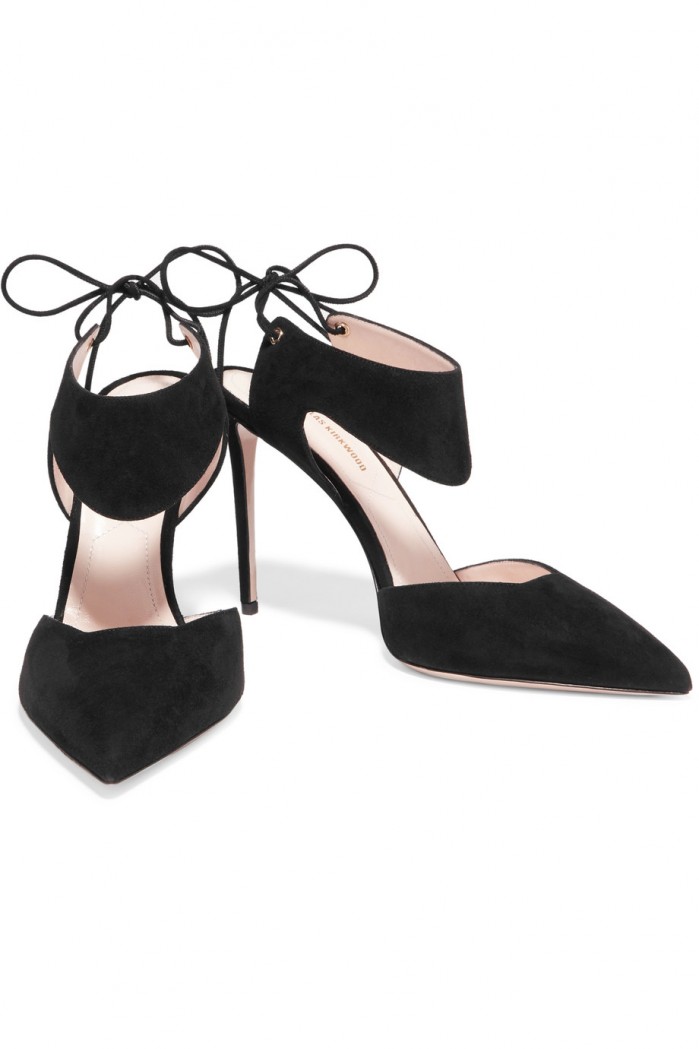 Love her footwear as much as we do? Click the link to the right to buy the very same design now at TheOutnet.com. 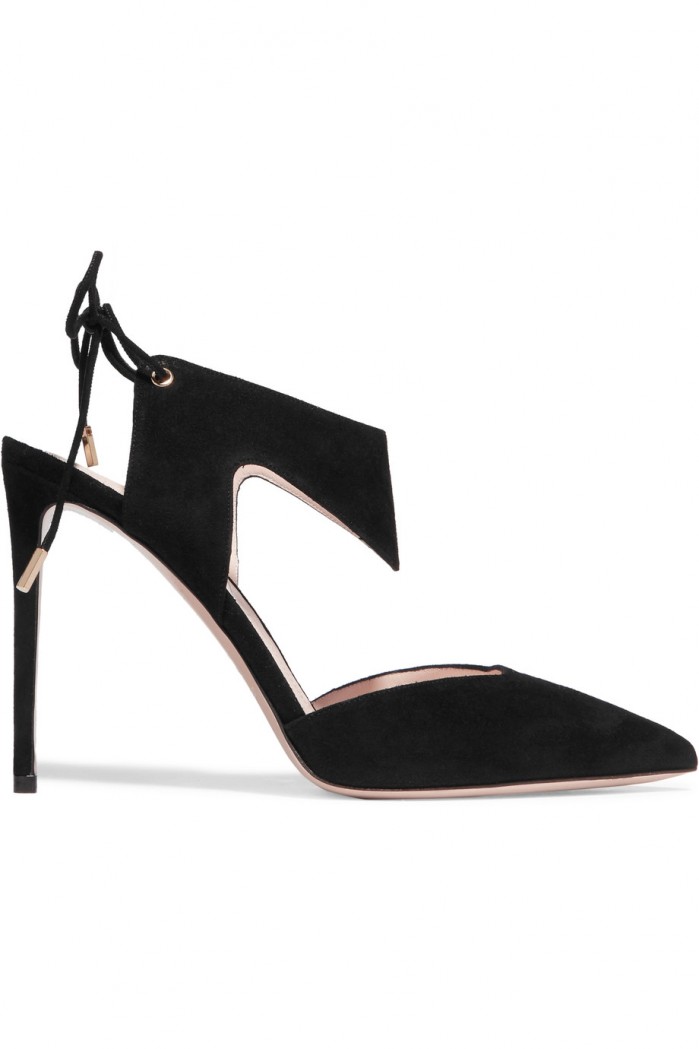 Whether or not your budget stretches as far as a Hollywood actress, we have found some similar styles below too. 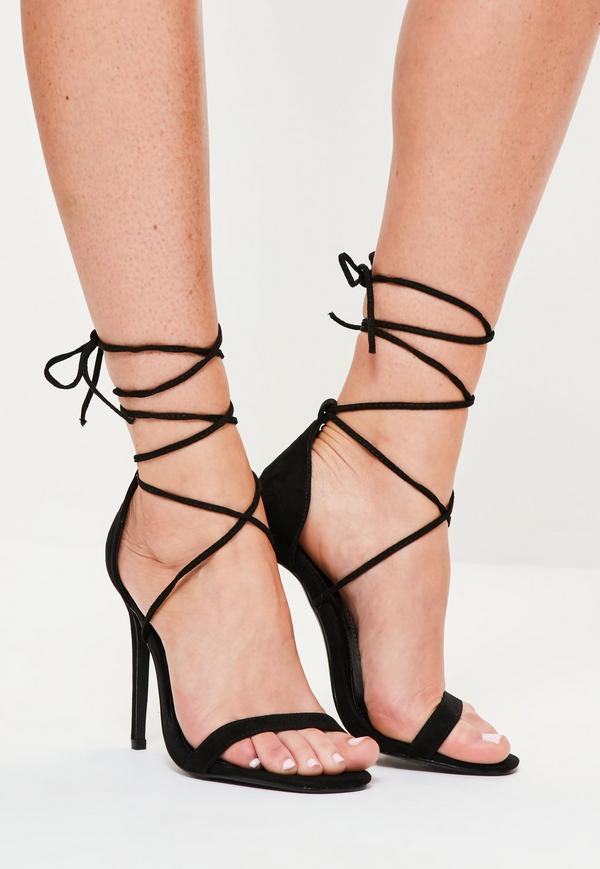 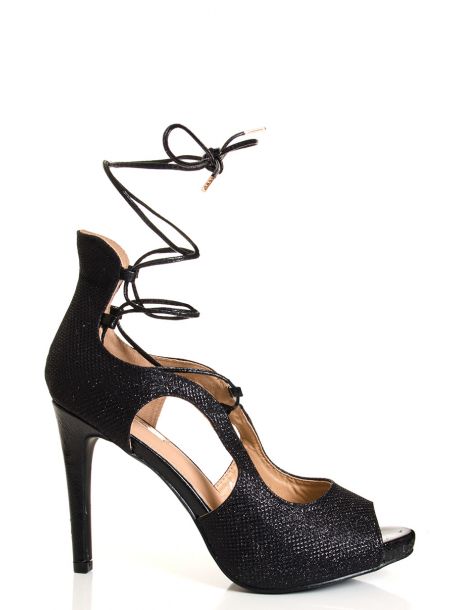