Mariah Carey sports plunging LBD as she and toyboy Bryan Tanaka step out in London.  She been enjoying time across the pond as she takes a break from social media. And on Saturday, Mariah displayed her figure in a form-fitting dress while out in London. The singer and boyfriend Brian Tanaka were heading back to their hotel after she performed at a wedding.

Mariah stayed true to her past wardrobe choices with a low-cute, fitted frock. The 46-year-old cinched in her waist with a large, black belt. She layered a set of tights under her dress, which she paired with fishnet stockings.

She been enjoying time across the pond as she takes a break from social media. 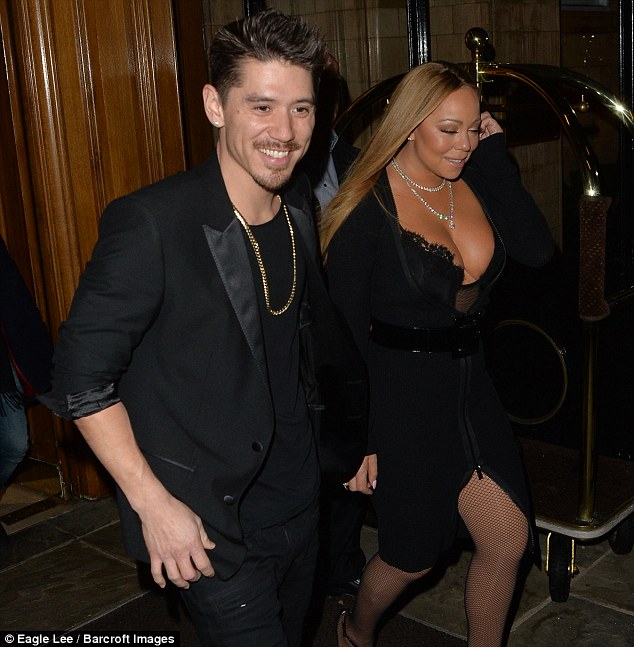 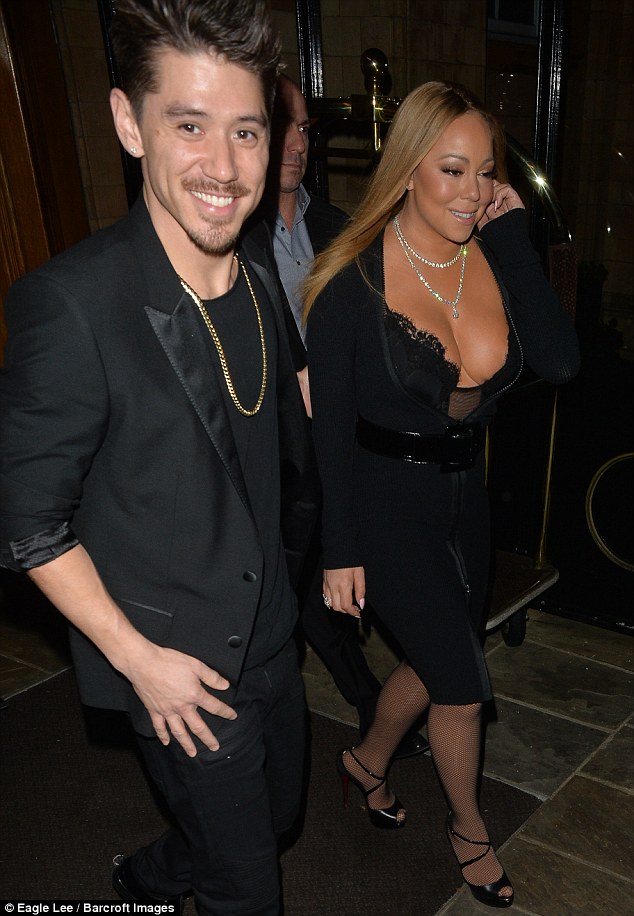 Mariah was not alone for her wedding outing. Young boyfriend Bryan, 33, kept close to his ladylove as they headed back to her hotel. The back-up dancer was in step with Mariah, choosing an all-black ensemble like the singer. 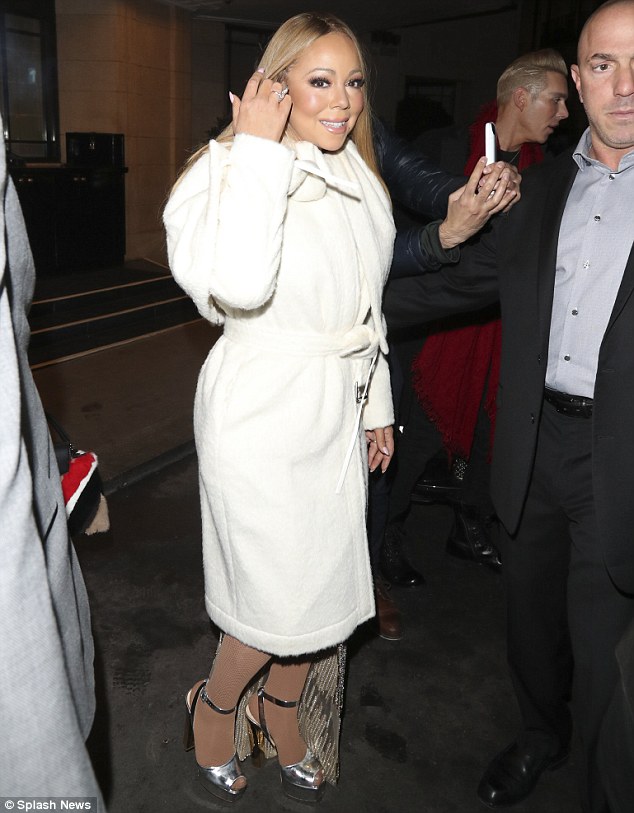 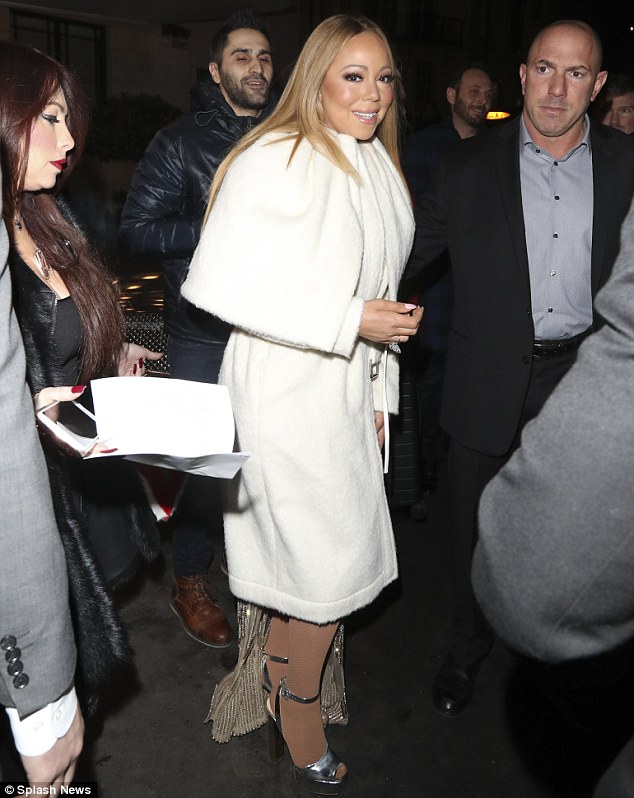 The glamorous outwear concealed what appeared to be a dazzling gown.

Prior to her relationship with Brian, Mariah was engaged to billionaire businessman James Packer.  The duo, who first met in Aspen in 2014, broke up in October of last year. Prior to her time with James, the singer was married to Nick Cannon from May 2008 until December 2014. She was also married to music mogul Tommy Mottola.

The mother-of-two showed off glowing skin and sleek, blonde hair 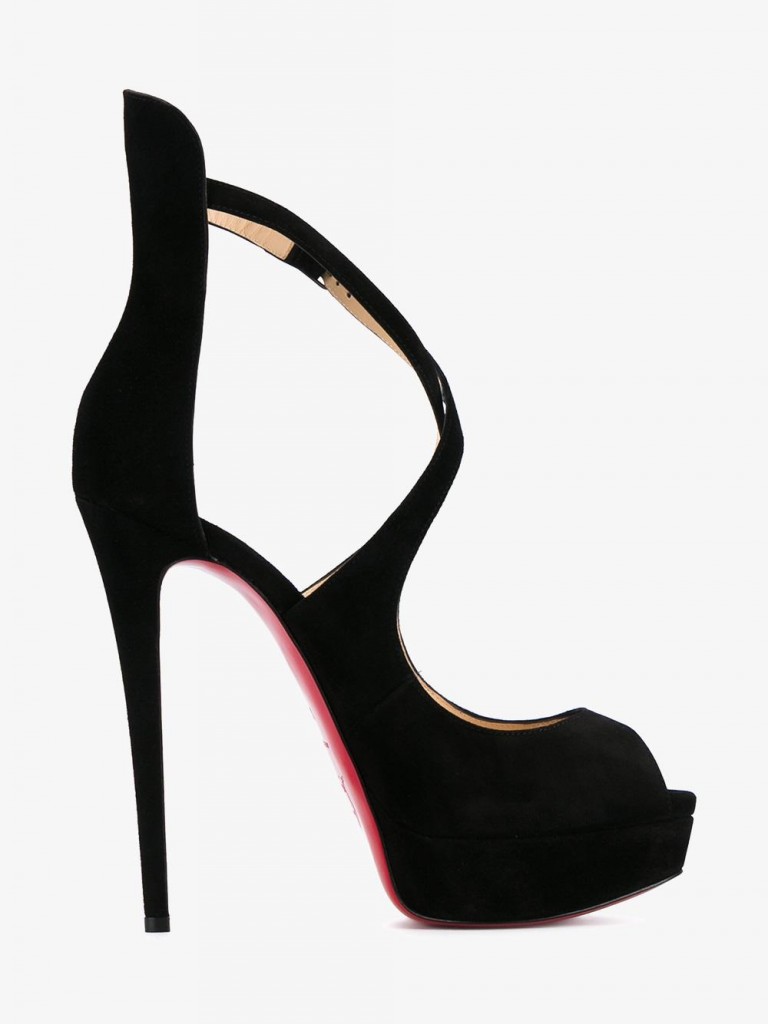 These black Christian Louboutin suede platform sandals are a pair that you can always fall back on. Fabricated for the label’s new season collection, they have been crafted from black suede with an open round toe, cross-over straps at the front and a covered heel counter, complete with a buckle-fastening ankle strap. These are finished with a 150 mm covered stiletto heel. 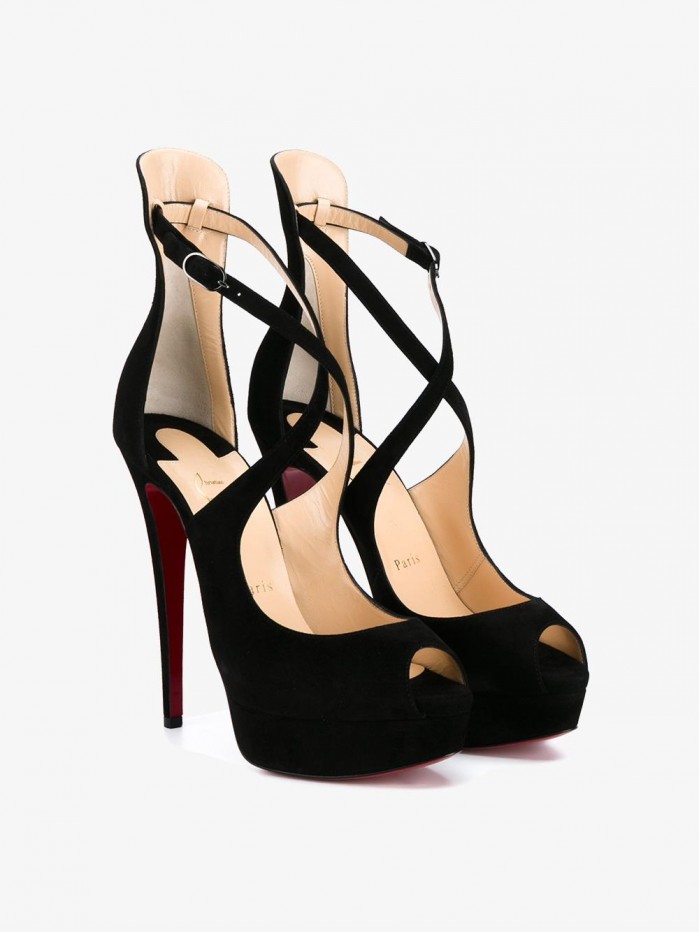 With their red soles, these peep toe shoes are instantly recognisable as being by Christian Louboutin! We love the strappy designed combined with the platform sole which is guaranteed to elongate your pins to super model proportions. 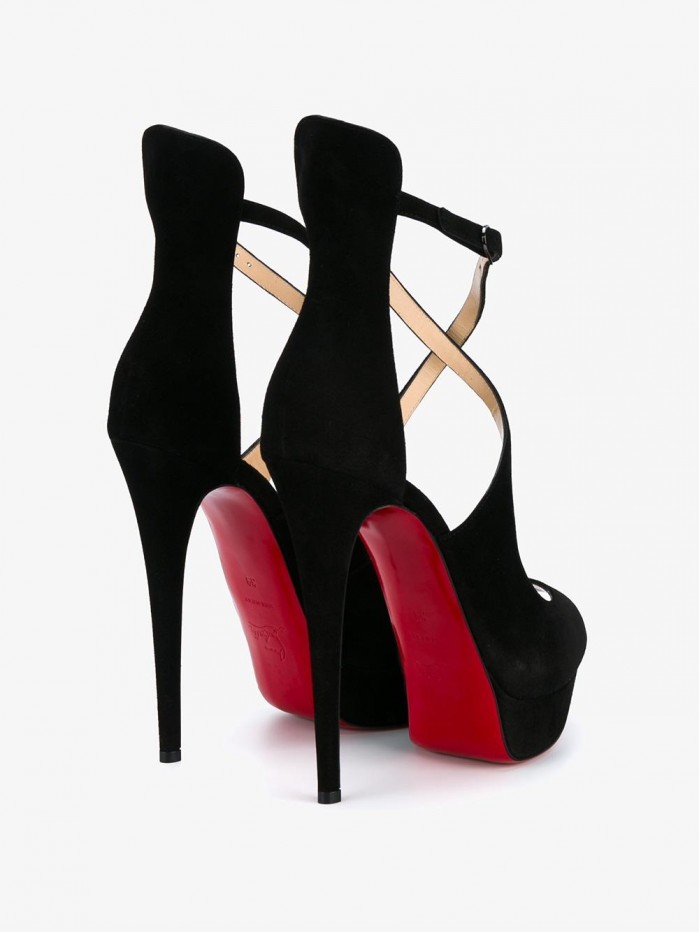 And the good news is,  you can get the sued version of these heels by clicking on Buy. Or get the look for less with one of the pairs we’ve lined up in the options below: 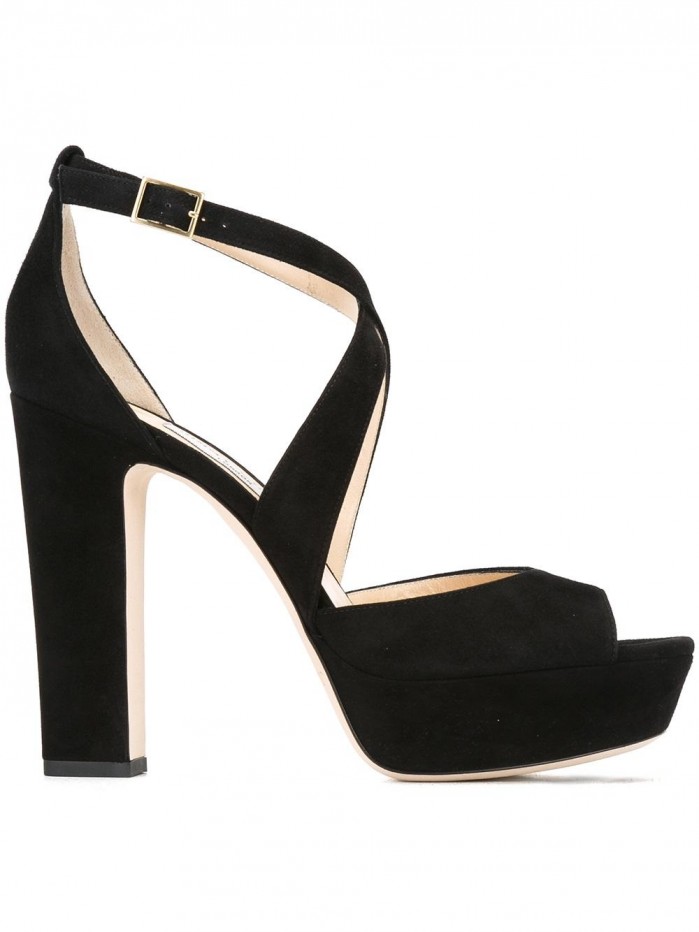 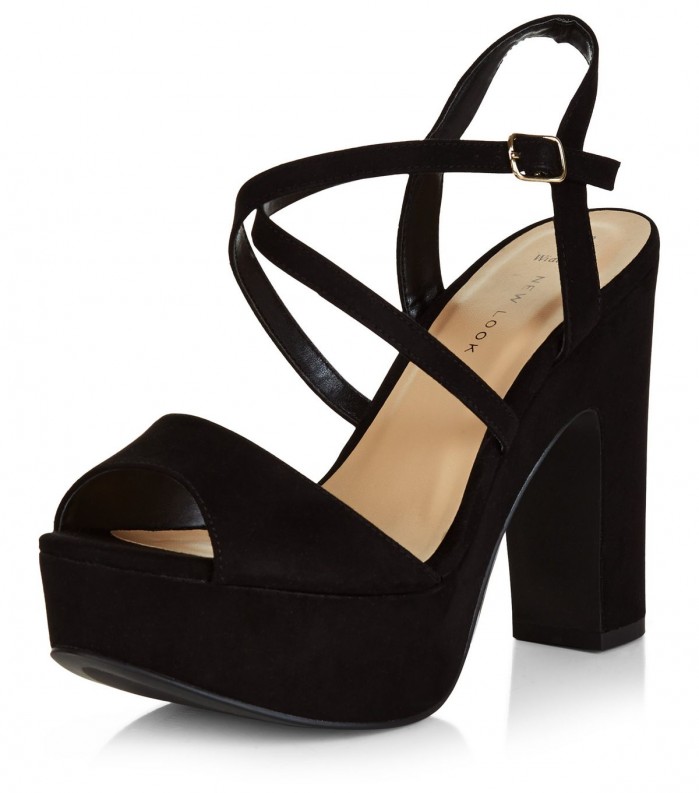