It’s recently been announced that Taylor Swift has recruited a new member into her squad — Dakota Johnson. Yes, that girl from the Fifty Shades trilogy. Yup, the same gal who has Don Johnson for a father and Melanie Griffith for a mom; she’s Hollywood royalty.

On Tuesday, Dakota was spotted hanging out with Taylor, Cara Delevingne, and Suki Waterhouse at a concert. Come Wednesday, the actress went solo as she strolled the streets of New York City to run errands. What she wore for the activity was anything but ordinary, of course. Dakota decked herself in ripped skinny jeans, a black shirt, and a gray coat for the day, but kept a bright orange sweater handy — an add-on that injected a punch of color into the attire. Even more noteworthy was the quirky footwear she used to go with the whole getup — a pair of loafer-like boots from none other than Gucci.

It’s no secret that Dakota is a huge fan of 80s Gucci loafers, and she simply took that to the next level by wearing loafer-like boots detailed with the label’s signature red-and-green stripes. The shoes were not only unusual, but very vintage-y, while her high-waist jeans only made the whole getup look even more retro. But as you may already know, 80s-style dressing is Dakota’s thing and she has it down pat, so she simply nailed the look with no issues. 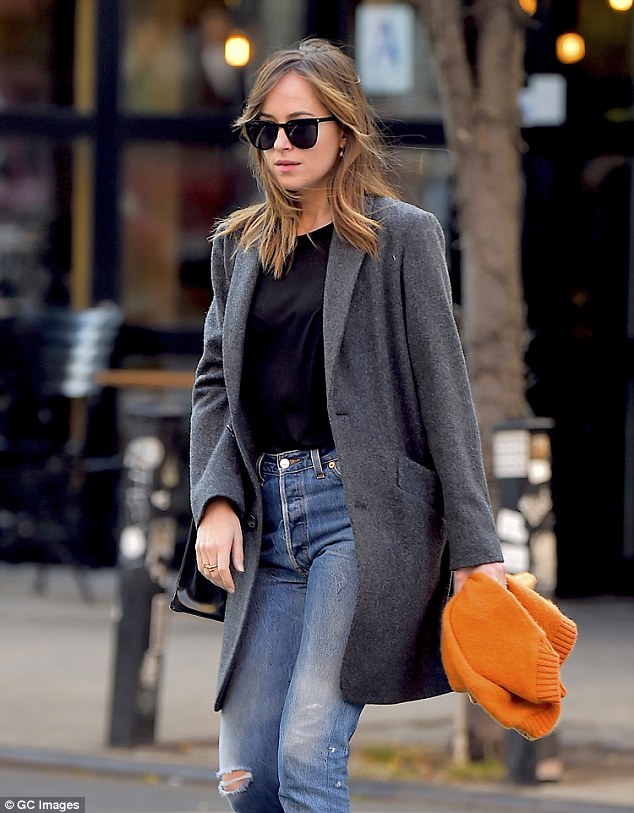 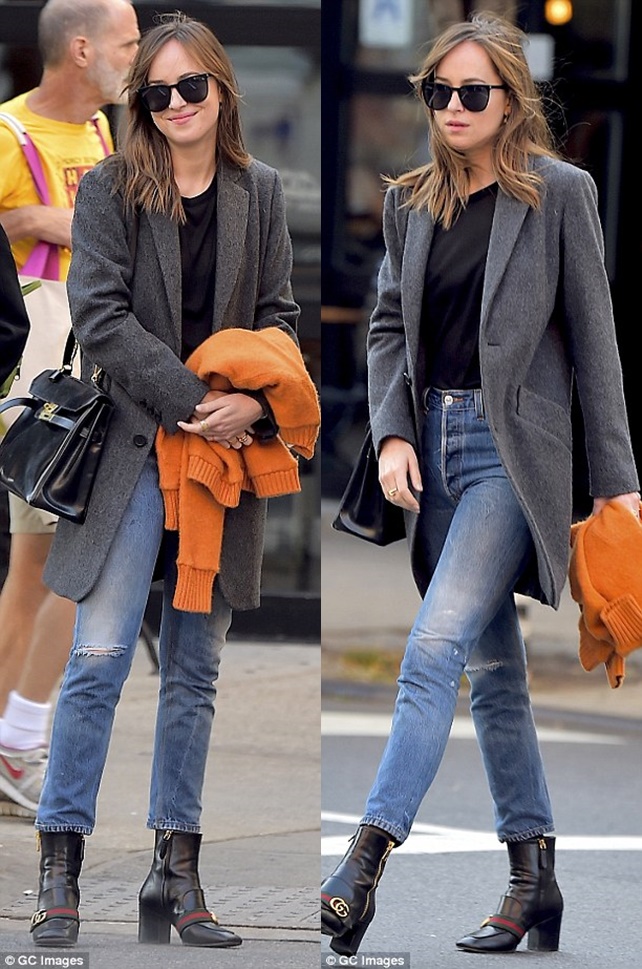 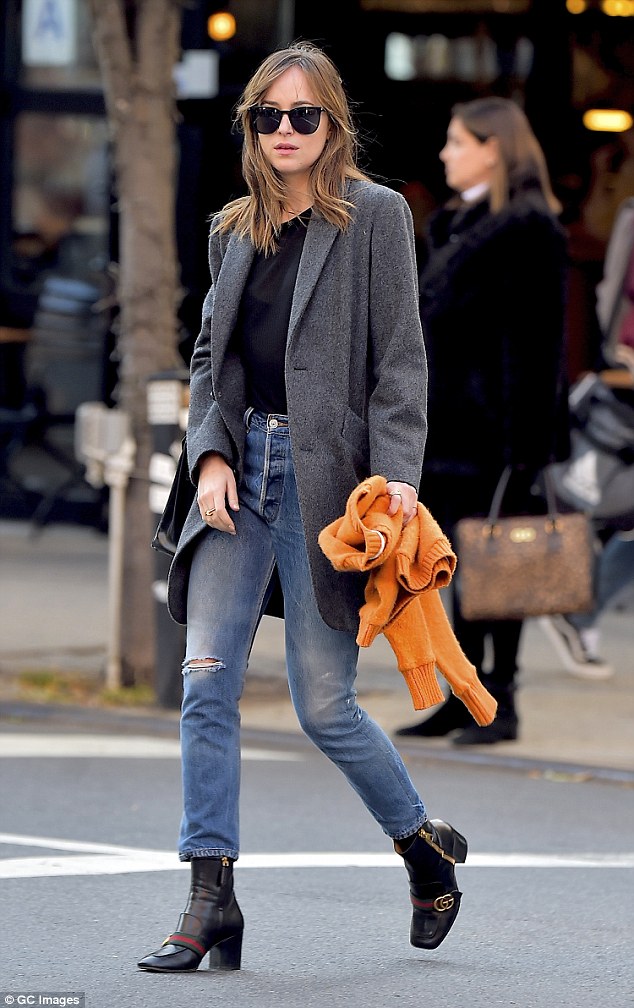 Dakota Johnson showcases her hipster style as she steps out in New York City on October 12, 2016

How do you like Dakota’s getup,\? Better yet, what do you think of her boots? You like? Will you wear them if you had ’em?

I can’t say I’m a fan of her shoes, but they seem interesting enough to warrant attention. On Dakota’s feet are the “Peyton” boots by Gucci. The shoes feature 3-inch-tall block heels, logo-stamped leather zipper pulls at the inner shafts, logo stamped metal zipper pulls at the outer shafts, loafer-like vamps, square toes, and red and green horizontal grosgrain straps bearing the GG logo. If anything, they remind me of footwear from the Victorian era. 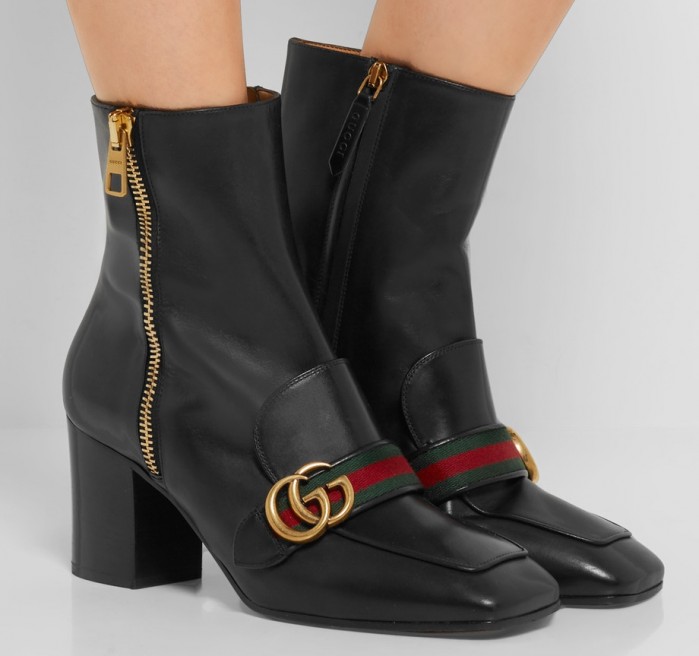 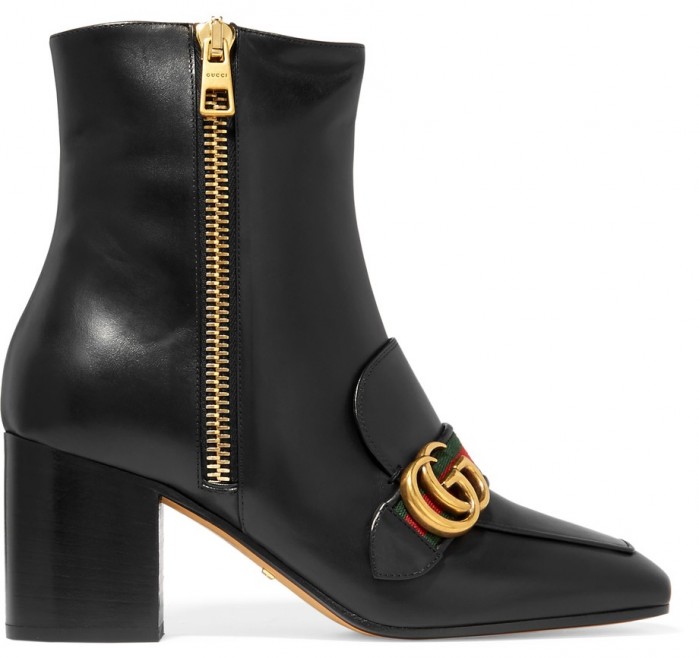 You can find the boots online. There is also another version detailed with embellishments on the heels. They cost slightly higher at $1590. If you live in Europe, you may be able to get them for a little less at Selfridges. 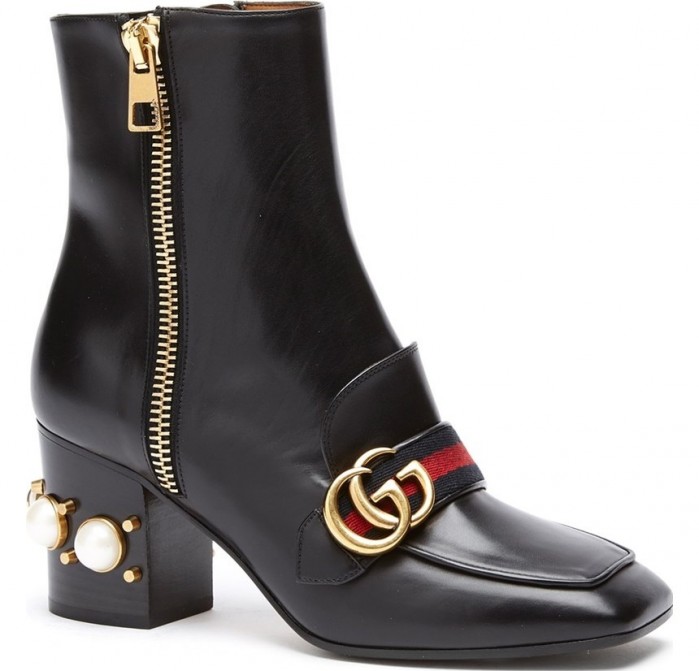