She is currently on the promo trail for the latest movie installment in the Star Wars franchise; The Last Jedi.
And stealing the limelight once again, Daisy Ridley looked simply sensational as she stepped out for the film’s photocall in London, held at the Corinthia Hotel on Thursday. The actress, 25, joined the upcoming release’s star-studded cast in the capital, but caught the eye in a sleek tailored two-piece suit that made for a very sophisticated and chic display. 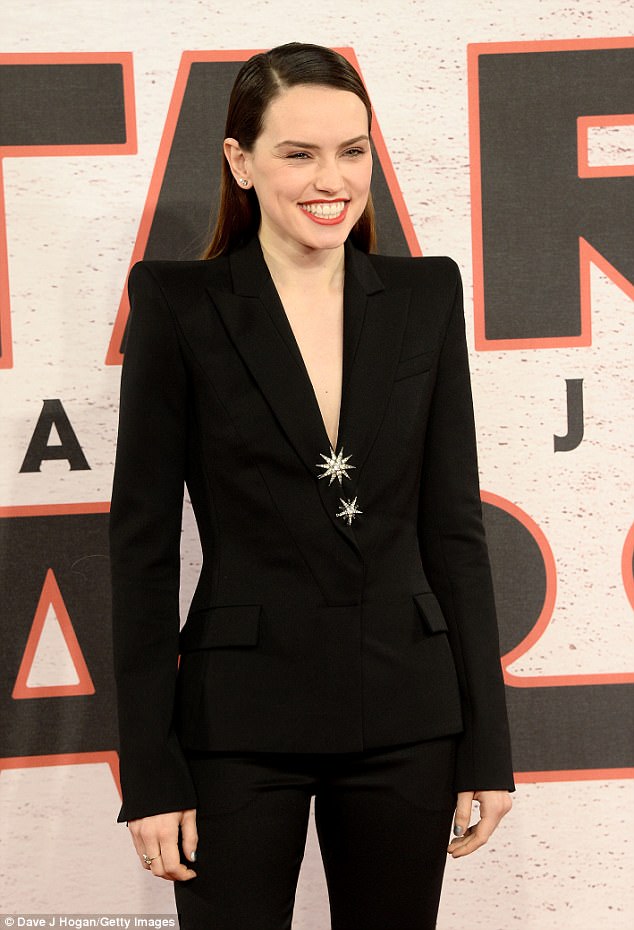 Daisy, who plays the lead role of Rey in the Star Wars sequel trilogy, donned a fitted blazer jacket that came complete with statement shoulders and a plunging neckline, before nipping in at the waist to accentuate her slender frame.  It boasted two star embellishments, that sat just underneath her bust on the lapel of the jacket, and was paired together with matching cigarette style trousers.  Adding extra height to her ensemble, Daisy sported a pair of semi-sheer stiletto boots on her feet and chose to forgo any accessories in order to let her minimalist getup take centre stage. 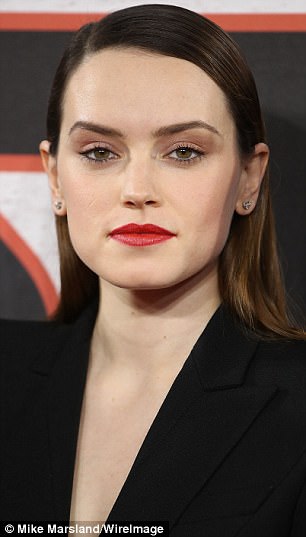 The beauty wore her brunette mane in a slicked back style that was pinned back behind her ears and sectioned over to one side. She sported a flawless make-up, that highlighted her natural beauty and flawless complexion, with Daisy favouring a bold red lip to offset her attire. Her appearance in London comes after she was spotted with her rumoured new ‘beau’ Tom Bateman at the after-party of the Star Wars: The Last Jedi’s UK premiere held on Tuesday night in the capital. 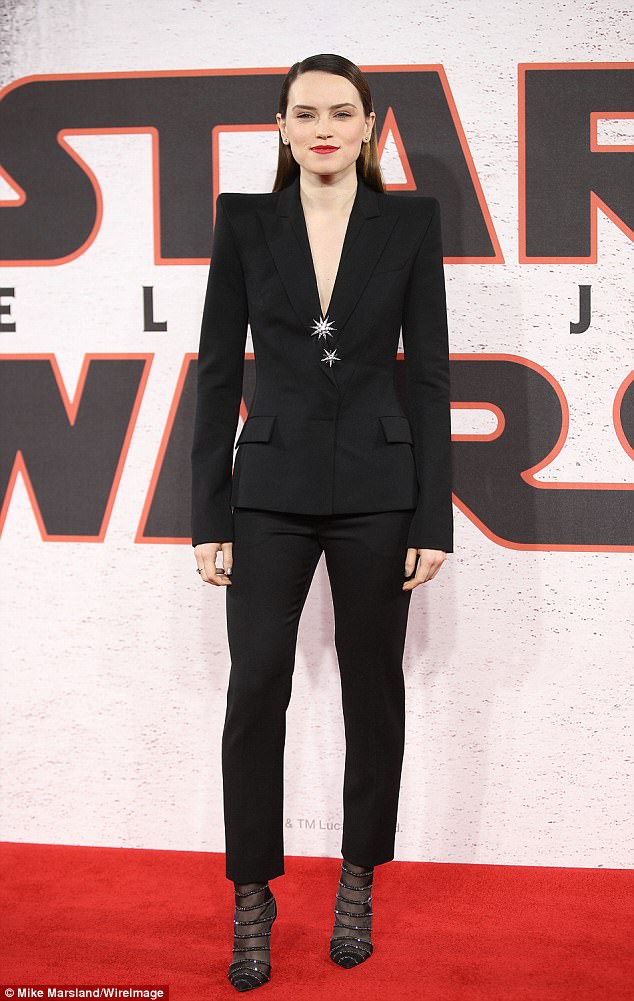 She, meanwhile, was joined by her Star Wars co-stars in London, including John Boyega who cut a dapper figure at the photo call. He stepped out sporting a camel-hued sweatshirt and complementing coat with a pair of dark jeans.  Game of Thrones star Gwendoline Christie favoured a black shift dress that boasted pussy-bow detailing at the neck, while Laura Dern stunned in an eye-catching metallic red suit. Joining the stars on the red carpet had been Domhnall Gleeson and returning star Mark Hamill, who had played Luke Skywalker in the original Star Wars franchise released in 1977. They were joined by BB-8 who appeared to steal the show, once again after causing a stir at the movie’s premiere. Meanwhile, Star Wars: The Last Jedi, directed by Rian Johnson, has been well-received by critics. 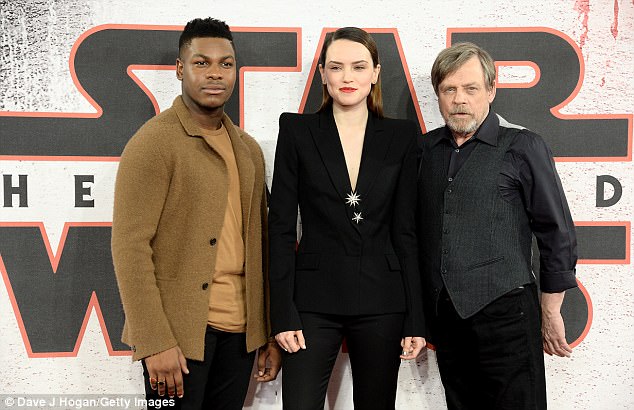 The duo were pictured together in the bar in the lobby of their hotel – a month after film producer Judy Hofflund let slip last month that ‘something kind happened’ between the stars. Daisy and Tom are said to have ‘fallen for one another’ on the set of new movie Murder On The Orient Express, with Hofflund letting slip to the Daily Mirror: ‘Something kinda happened with Tom and Daisy… but that’s public news, right? I should keep my mouth shut.’ When later pushed on whether the rumour was true, Tom skirted around the question and claimed the producers just like to ‘create a buzz’ sometimes. Daisy – who previously dated Charlie Hamblett – refused to comment last month when she was asked by press whether she had a man on the scene. She coyly replied at the time: ‘I’m not saying.’ 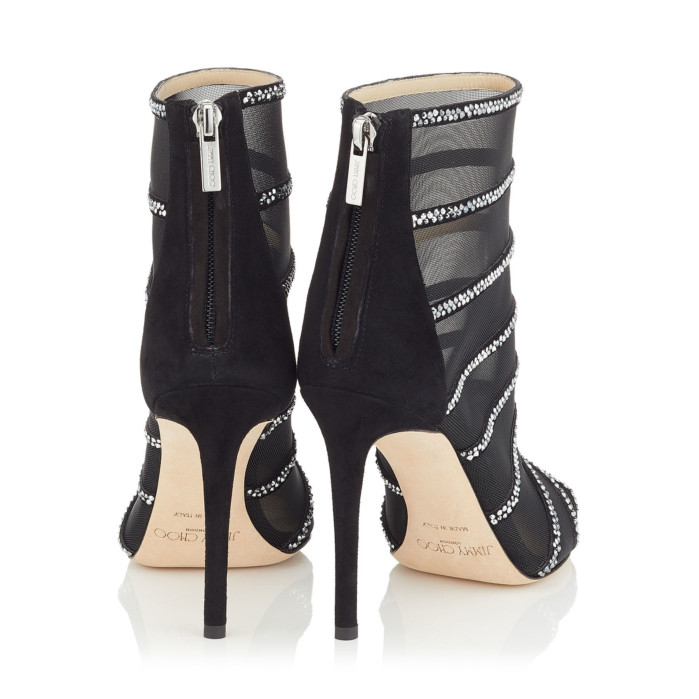 Inject your next night out on the town with the Belle booties in black suede and mesh. Perfectly embodying the ‘Shimmer in the Dark’ mood for this season, they are finished with chic hotfix crystals that line the upper. Slip into these booties to feel sexy and confident all night long. 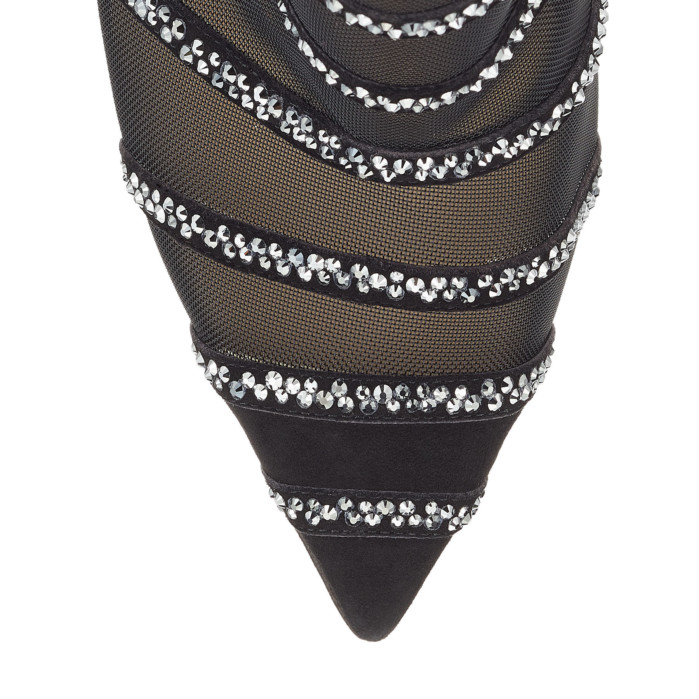 From the embellished detail, to the sheer mesh material, these boots by Jimmy Choo are the epitome of luxe footwear! Perfect for adding some sparkle to your step this party season. 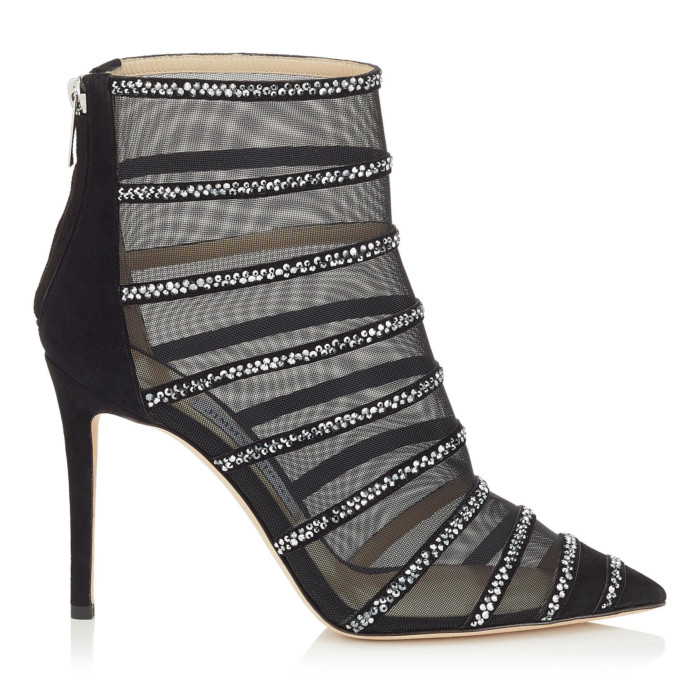 Click right to shop them now, or get the look for less with the high-street picks below: 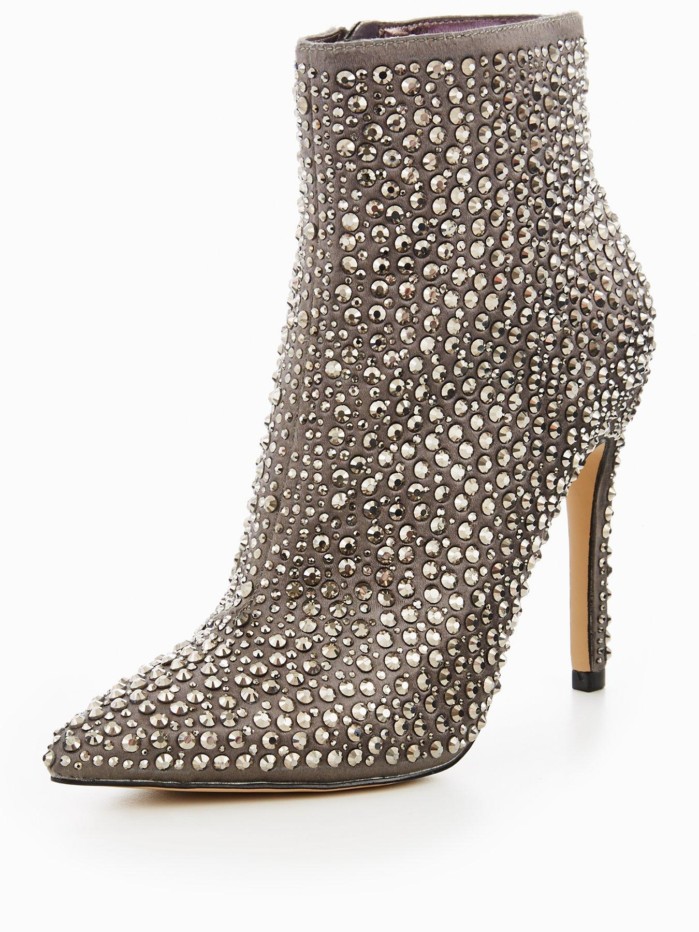 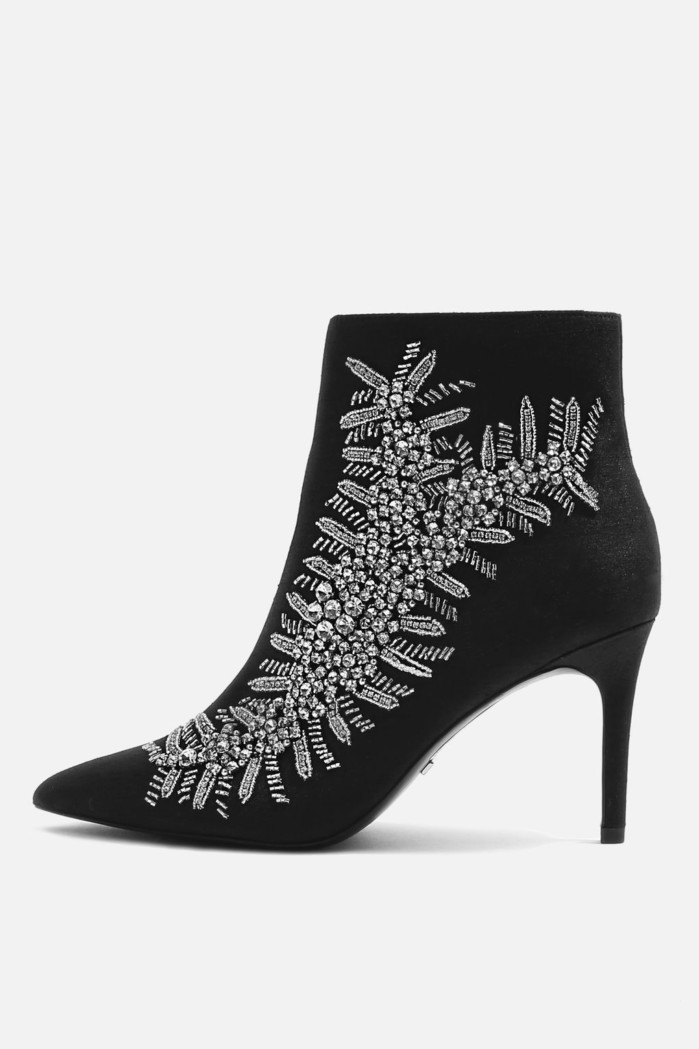