Cheryl has made a rare public appearance at Paris Fashion Week as she prepares to return to the public eye at the L’Oréal event in the capital.

The 34-year-old stunner showed off her incredible post baby body, having given birth to her baby with boyfriend Liam Payne in March – as she stepped out a year  after first revealing a hint of her baby bump at PFW his time last year. It was revealed earlier in the week that she is set to make a sensational return to the same event on Sunday, at the cosmetics brand’s first ever fashion/beauty show. 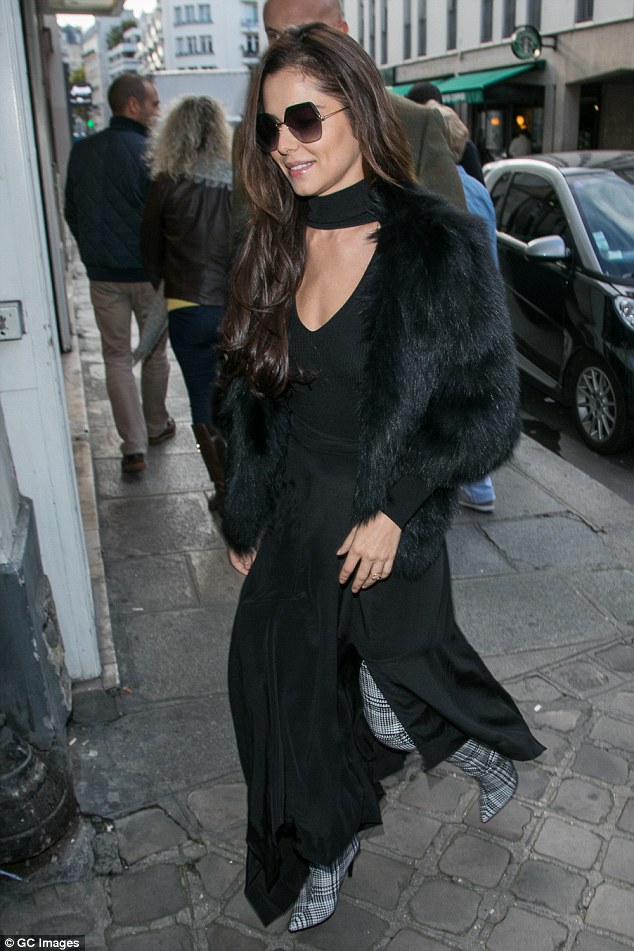 The mother-of-one, 34, who has only appeared a handful of times in public since giving birth to her son Bear will be walking the catwalk at the glitzy event along with a host of stars, including Dame Helen Mirren, Jane Fonda and models Doutzen Kroes and Irina Shayk. The event will take place on The Avenue des Champs-Élysées, turning the famous promenade into a catwalk. Designers showcasing their work will include Emanuel Ungaro, Balmain, Mulberry and Elley. 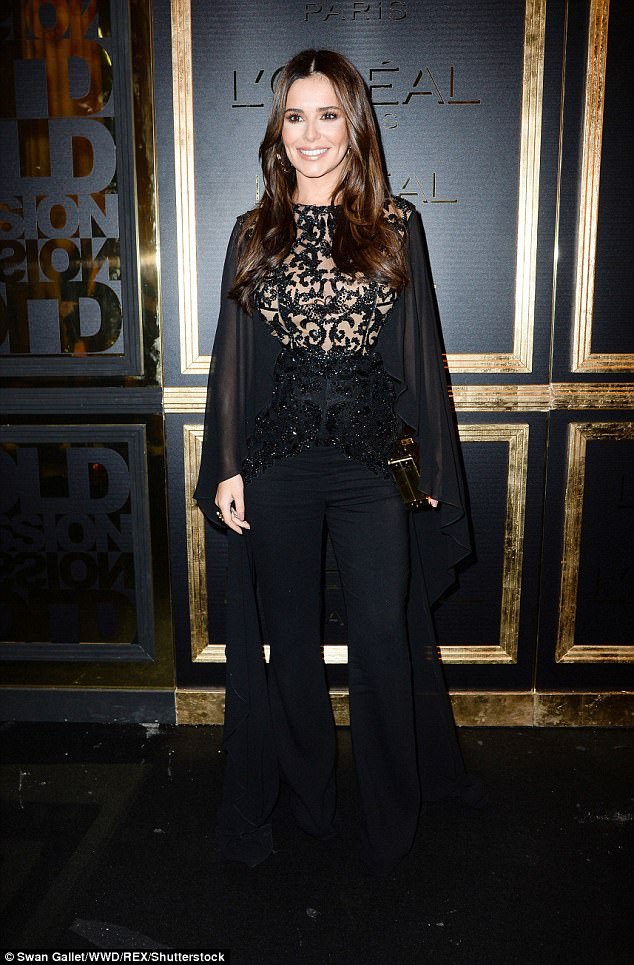 The news comes after the singer returned to work for the first time since giving birth in a stunning photo-shoot for the brand last month. The L’Oréal Paris ambassador had showed off her large baby bump in a campaign video for the brand, unveiled in February, after spending the first months of her pregnancy keeping very much under the radar. 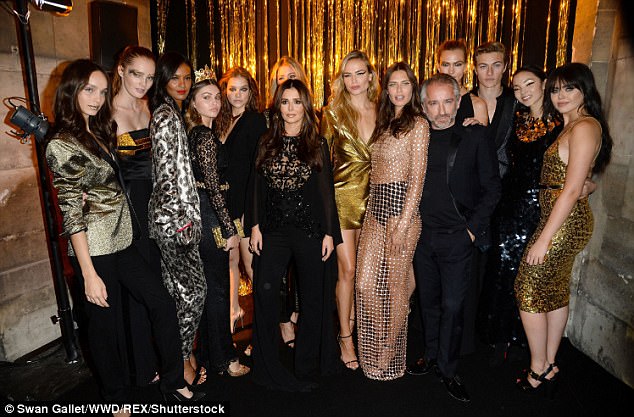 Cheryl has made her first post-baby public appearances in recent weeks, after welcoming six-month-old Bear into the world with boyfriend Liam Payne in March, including an ab-flashing display at a charity football match last month. The event was Game4Grenfell for the victims of the Grenfell Tower fire this summer, turning up with her former Girls Aloud bandmate Nicola Roberts. 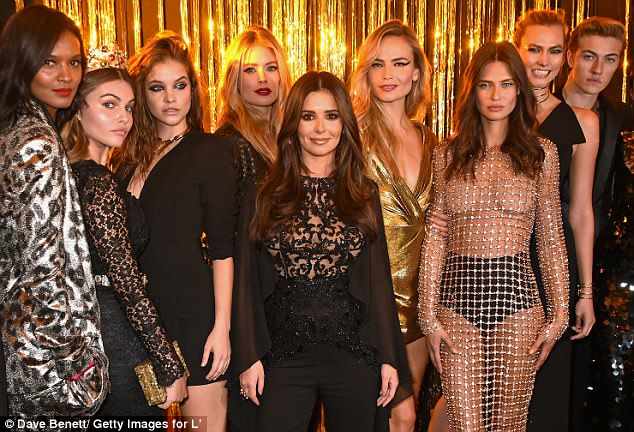 Arriving in the outfit in question – which showed off Cheryl’s seemingly fast return to a pre-baby waistline – caused a stir for the Three Words singer, who was slammed by some for portraying an unrealistic goal for new mothers. Cheryl was shocked by the toxic backlash, especially as she was starting to get back her self-esteem after feeling low about her body,’ a source told Closer Magazine. 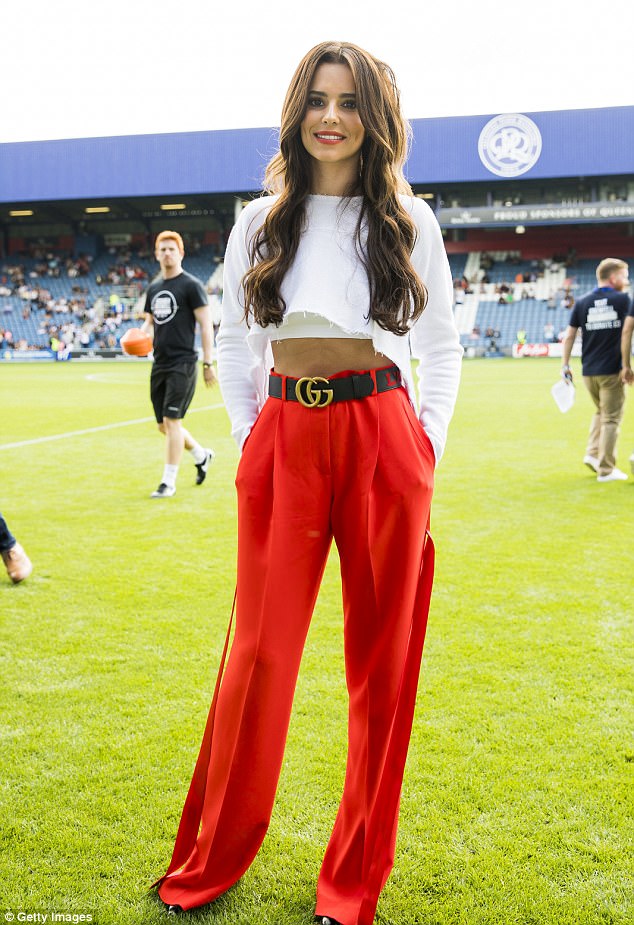 ‘She can’t believe she’s being body shamed again. She was hoping to be praised for it, so to have so much criticism was very hurtful.’ One celeb that made her feelings clear on the matter was Big Brother’s Chanelle Hayes, who made headlines last week when she hit out at the ex Girls Aloud star’s decision to flaunt her flat abs just five months after giving birth. 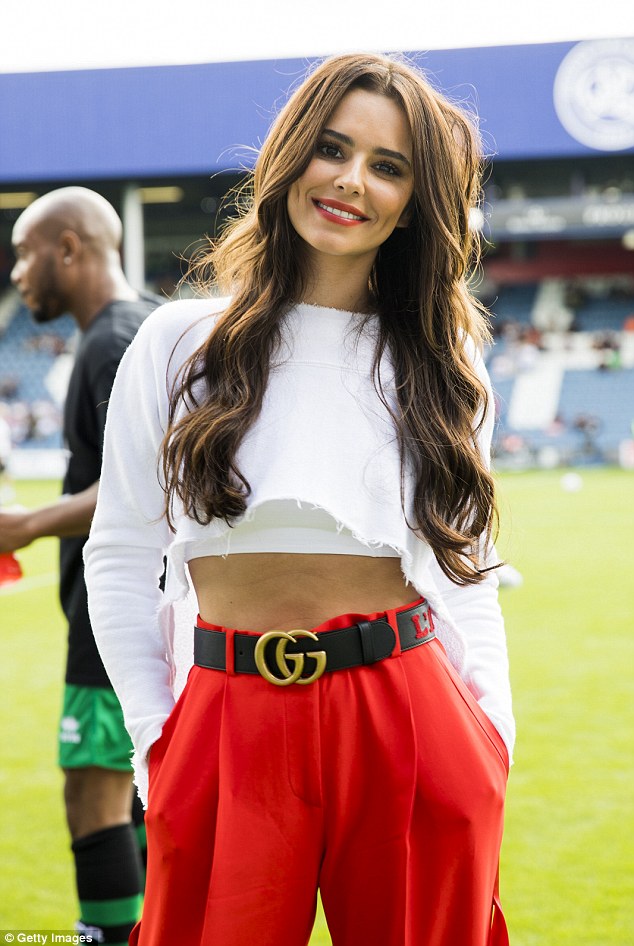 Talking to Reveal Magazine, Chanelle said:  ‘She has all that money and her mum’s there all the time to look after the baby while she does a million crunches. 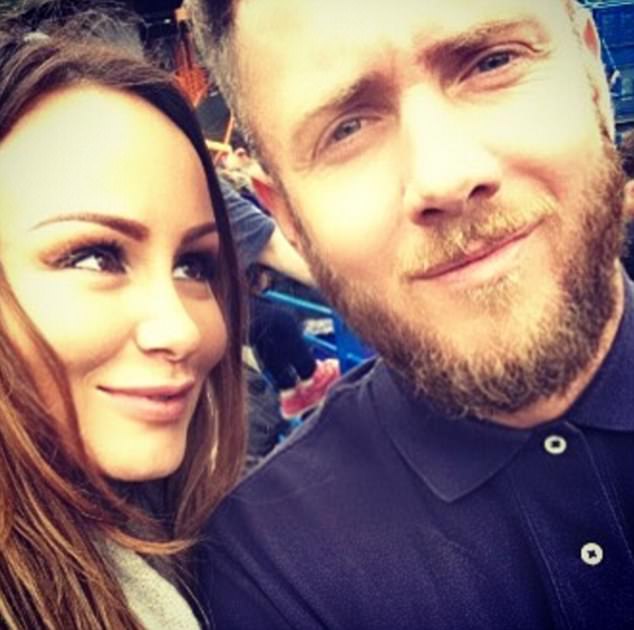 ‘I don’t think it’s fair – it’s put me off her.’ She later clarified her remarks on Twitter, saying: ‘People need to calm down – I make a passing comment about Chezza that she didn’t need to hide away until she was back slim because it’s setting a negative example for other mums out there who can’t just slip back into shape so easily and I’m enemy number one.’ ‘The interview is about my gorgeous new baby not bloody Cheryl!’ added Chanelle. ‘Plus, like she gives a monkey what I think she won’t even know who I am. 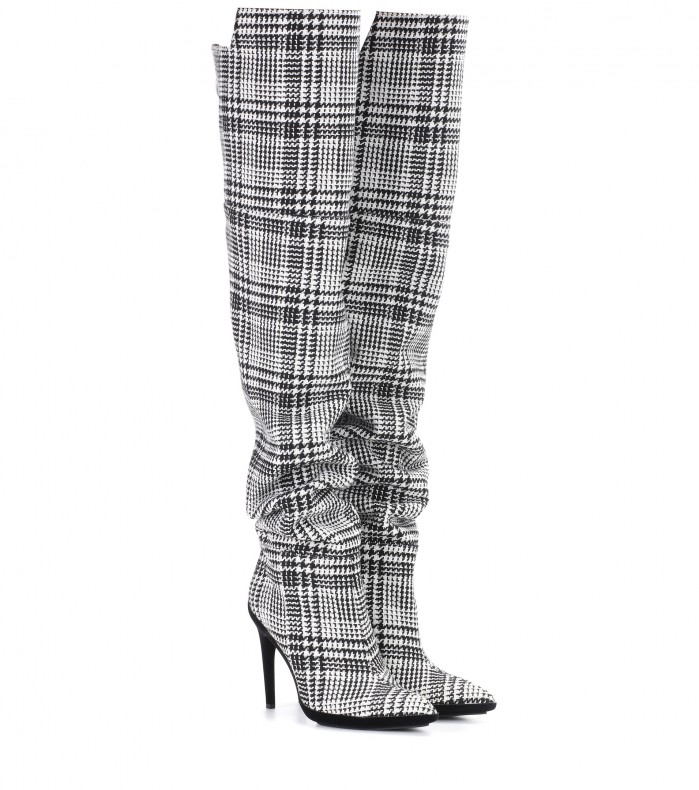 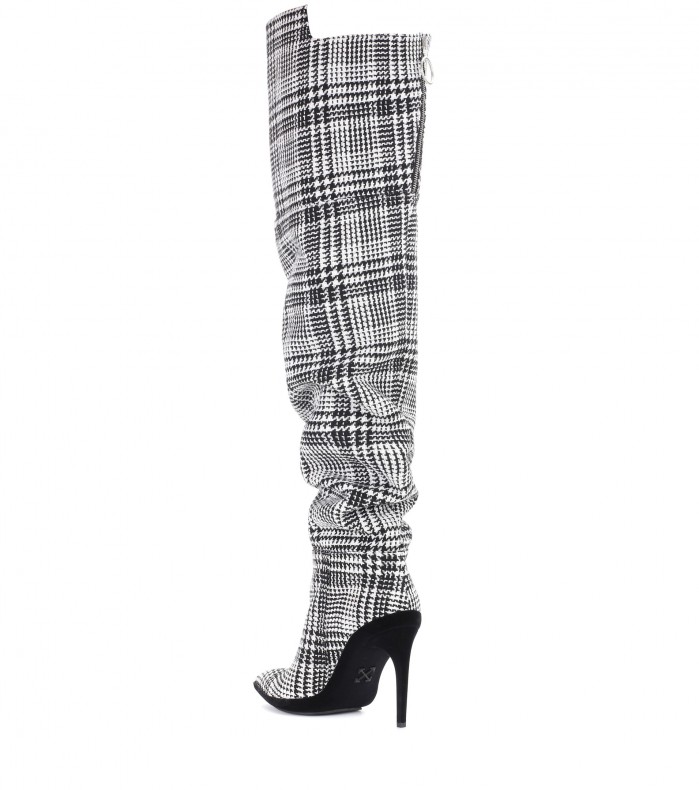 Spotted attending a L’Oreal event during Paris Fashion Week, Cheryl looked suitably chic in all-black-everything, offset with a pair of Off-White plaid over-the-knee boots. We are, in a word, obsessed! Currently available to buy for a whopping $1754, these boots probably won’t be seeing the inside of our wardrobe anytime soon but if you fancy treating yourself then click the link ‘Buy.’ 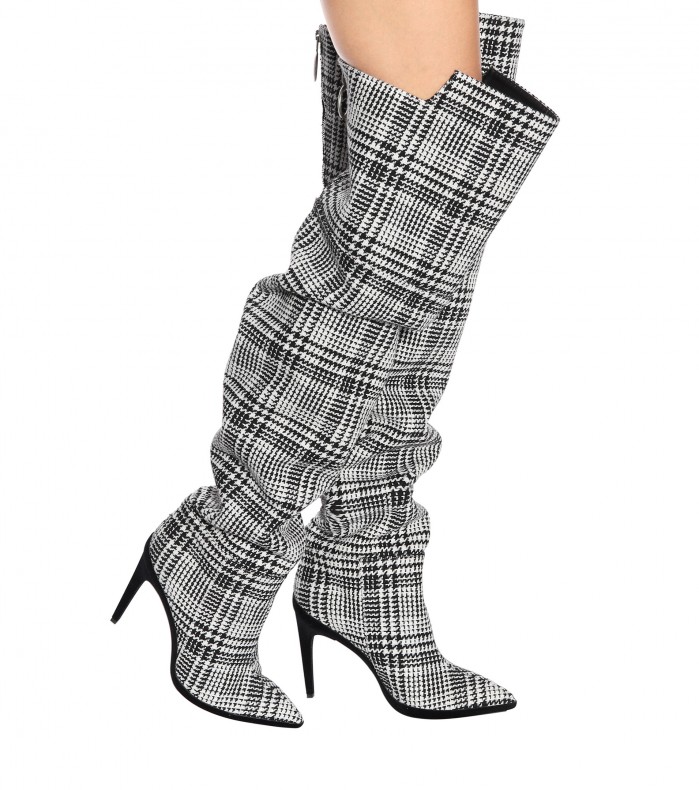 Looking for something a little more affordable? Off-White have got the market covered as far as tartan thigh-highs go but you can dip your toe in the trend via our picks below: 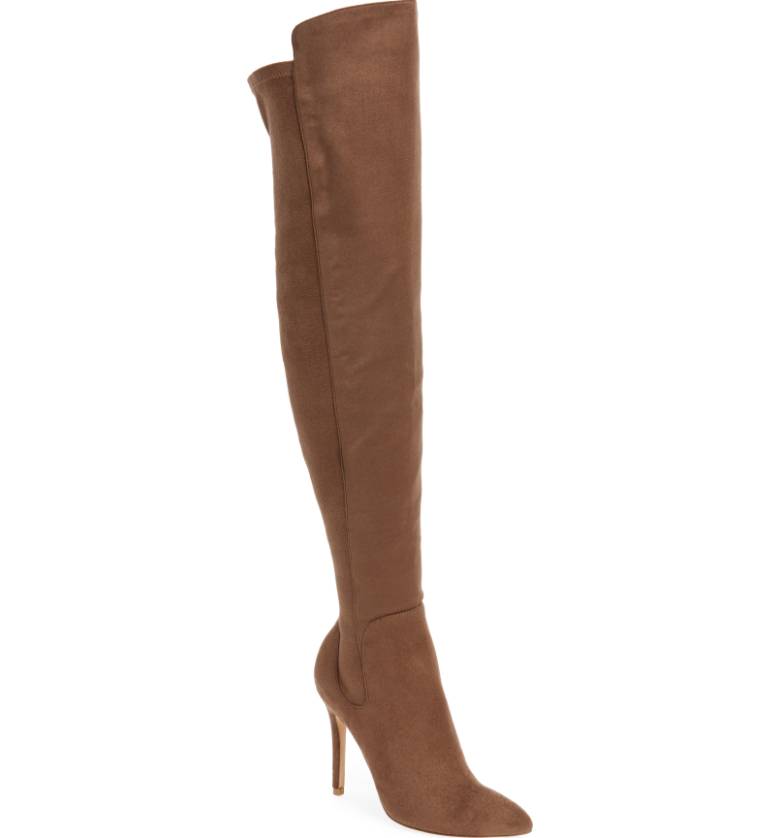 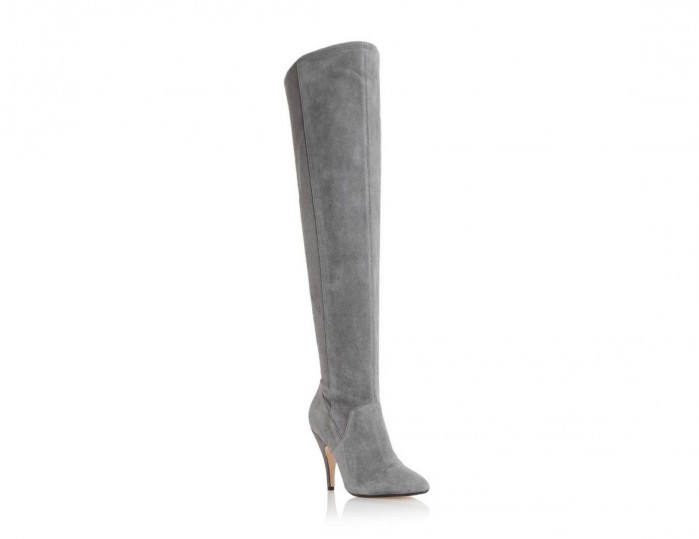