Lewis Hamilton is so over Nicole Scherzinger. But there’s no doubt that the F1 racecar driver is into beautiful and famous women.

At the moment, he has set his sights on supermodel Chanel Iman. The two were spotted partying together in Barbados early this week. At one point, Lewis was even caught planting a kiss on the statuesque beauty while enjoying the Barbados Kadooment Day Parade. 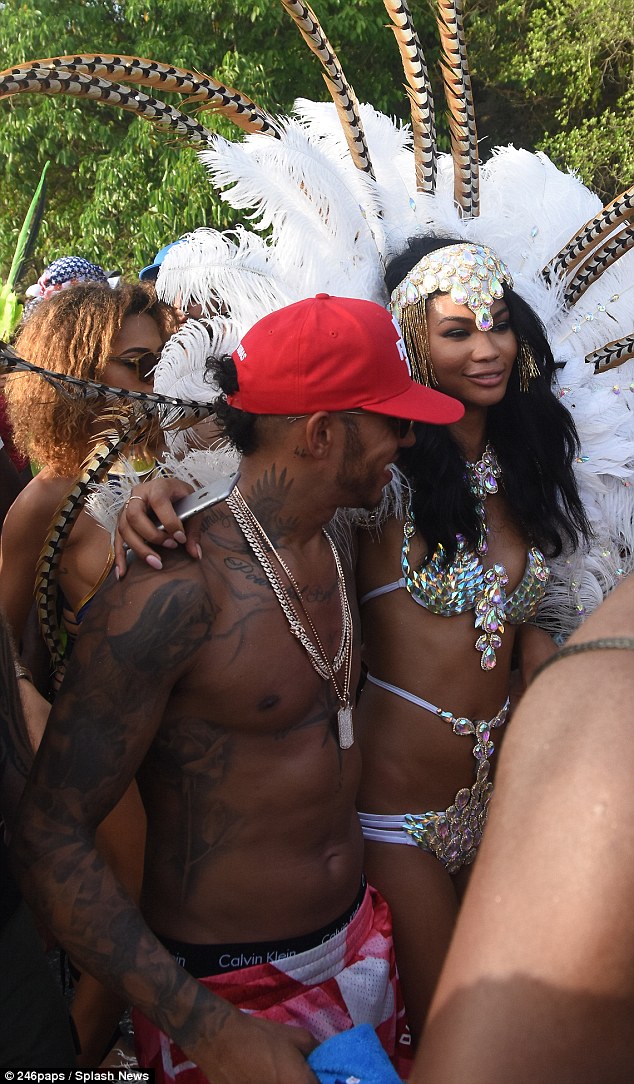 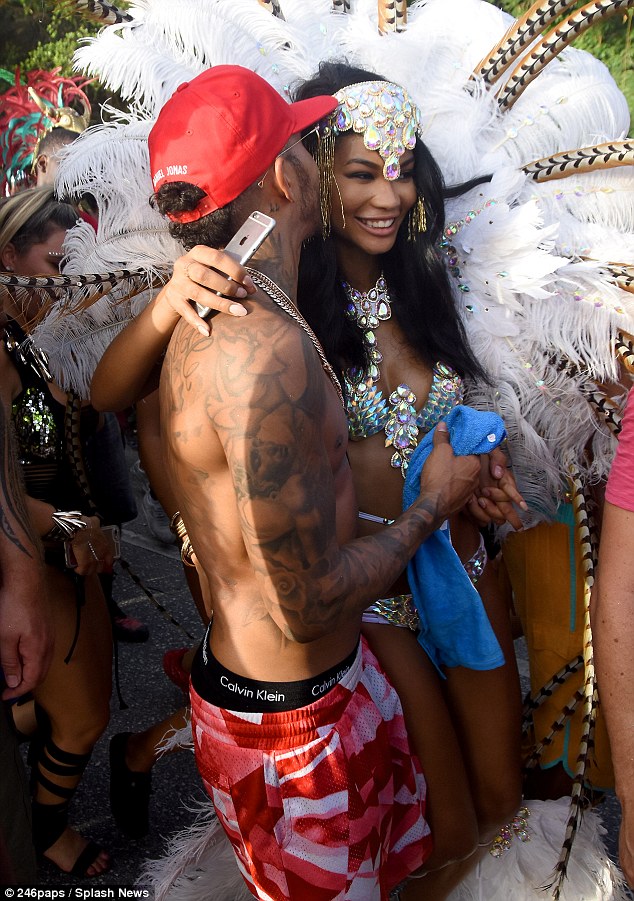 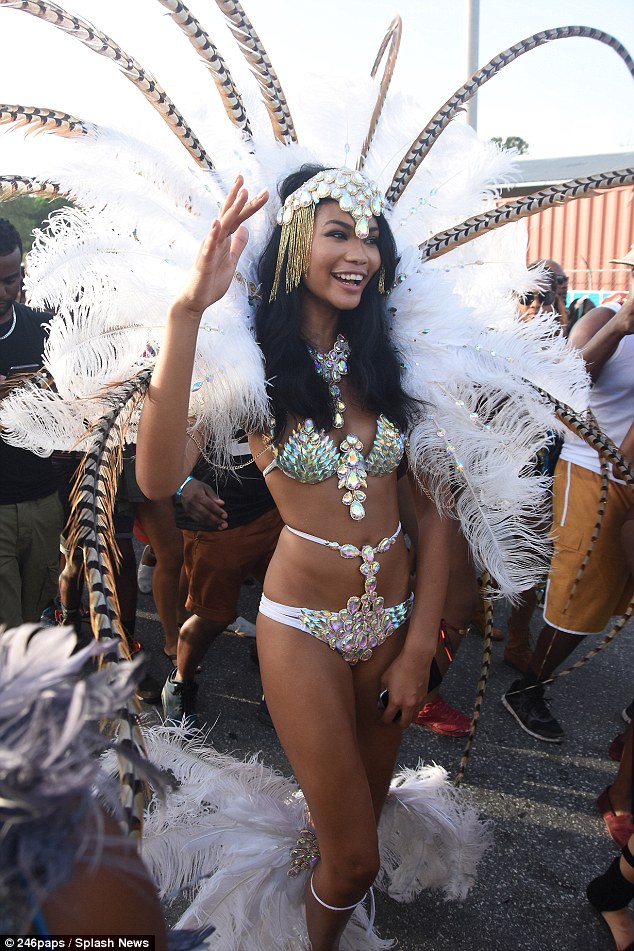 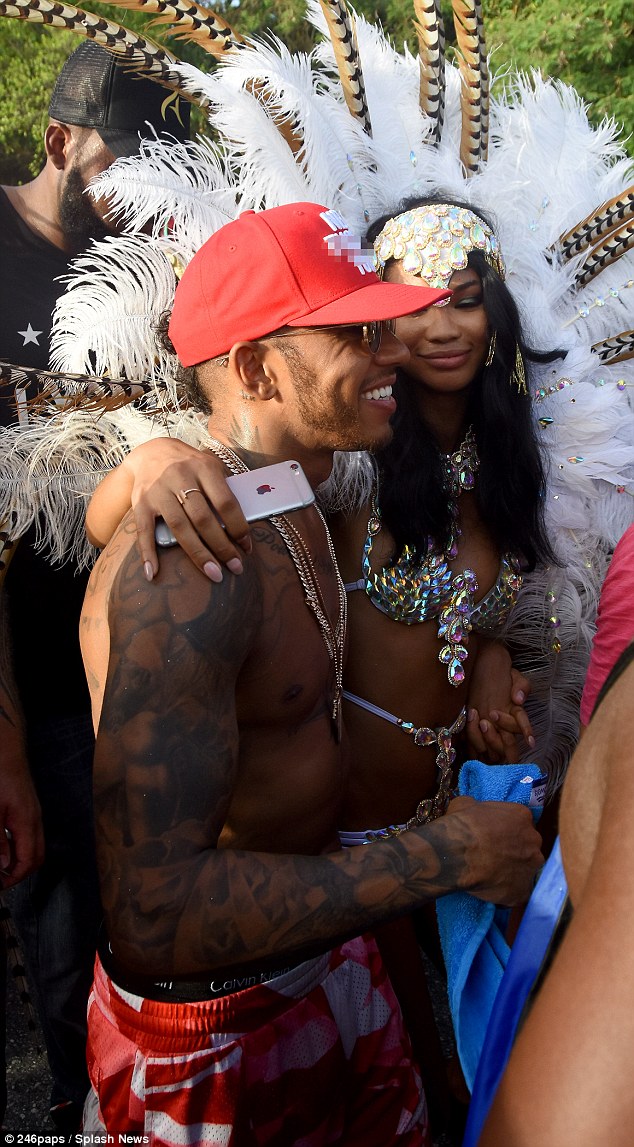 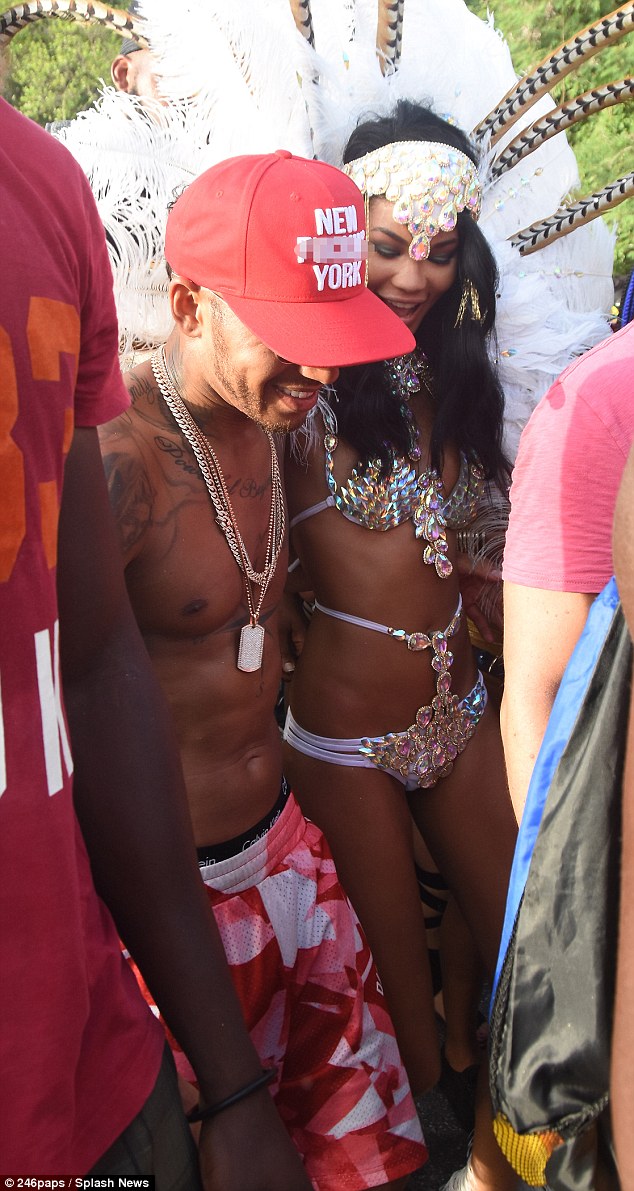 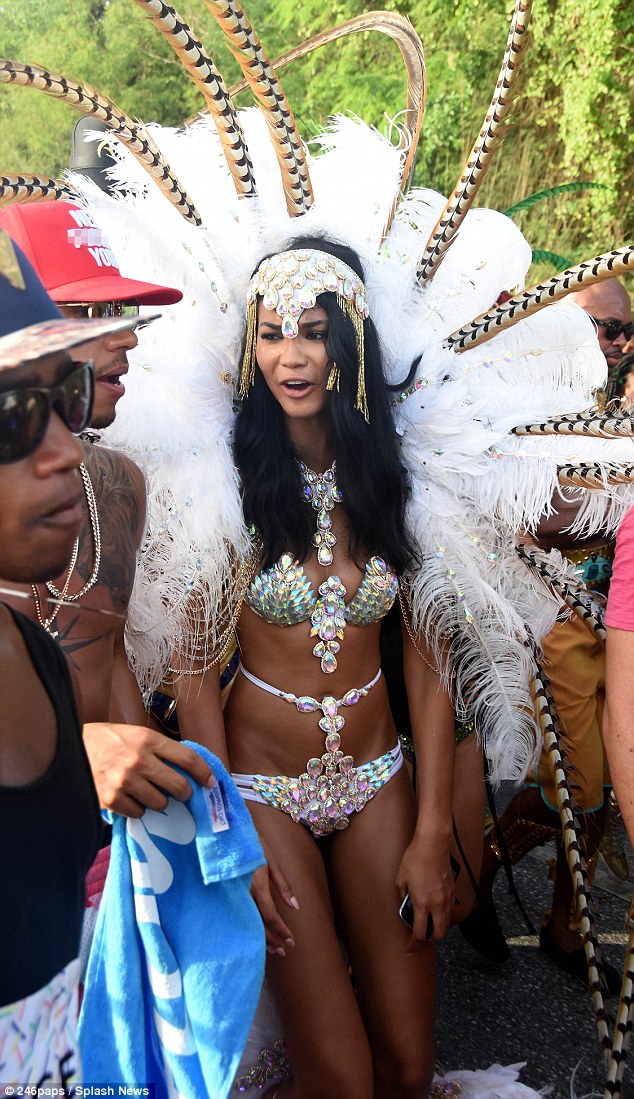 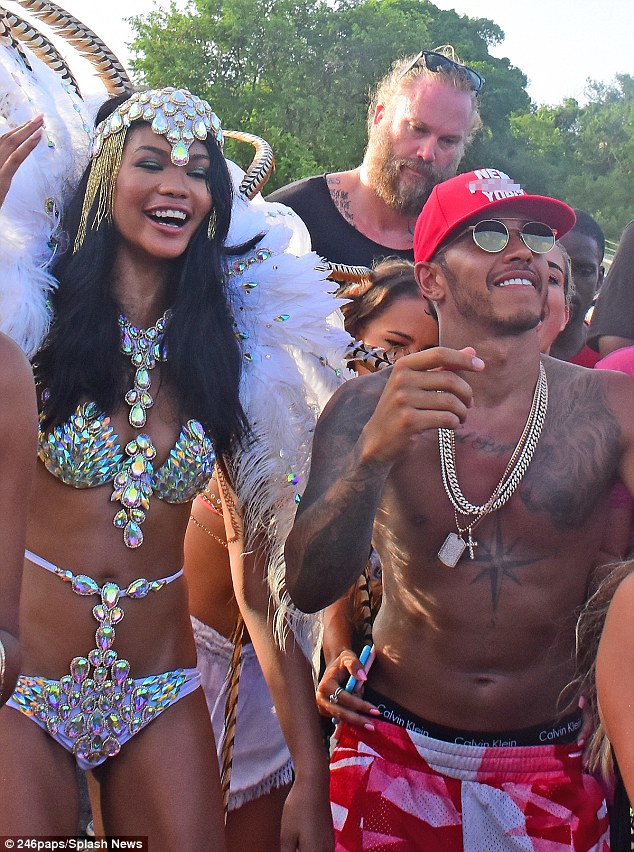 Chanel Iman and Lewis Hamilton get cozy as enjoy a parade in Barbados on August 1, 2016

Can’t blame the guy for stealing a smooch, I guess. After all, Chanel looks hot in that silver feather costume. I’m sure he took advantage of the moment to get close.

On Tuesday, the two were once again seen together at the beach. Chanel was hard to miss in her teeny tiny yellow bikini, which she complemented with a fringe cover-up and fringe thong sandals. 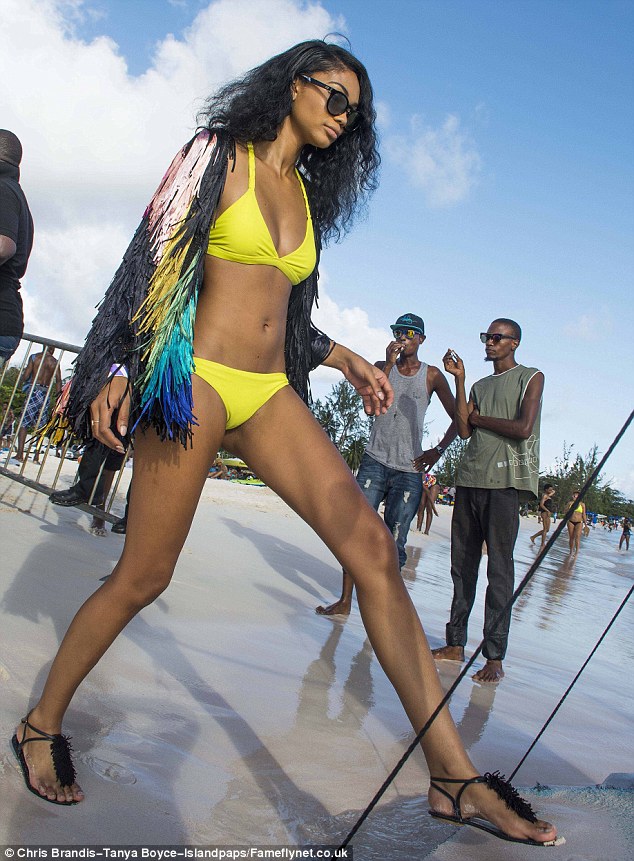 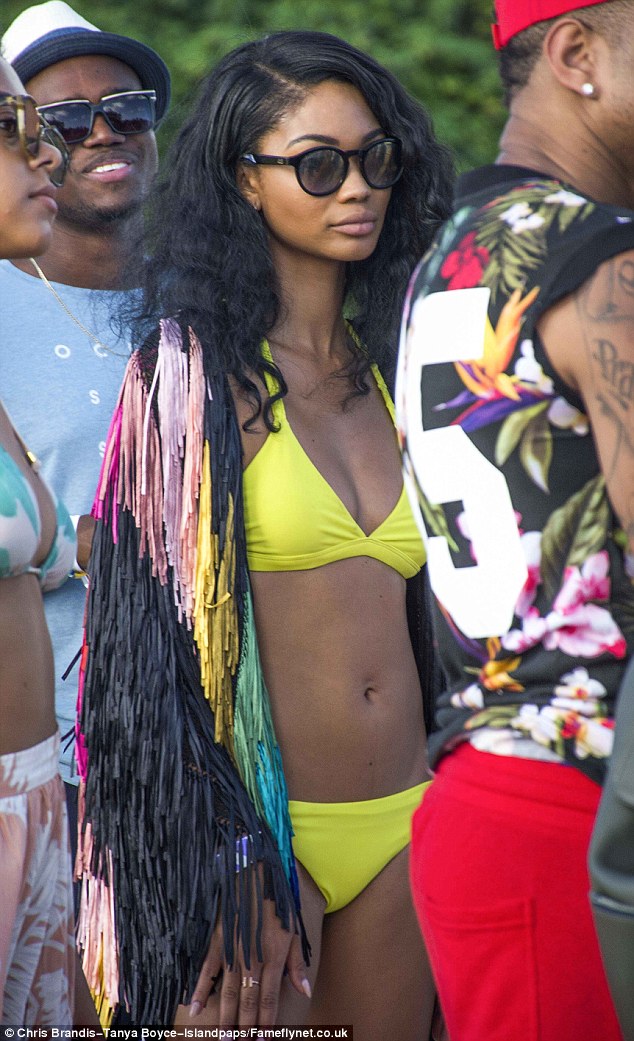 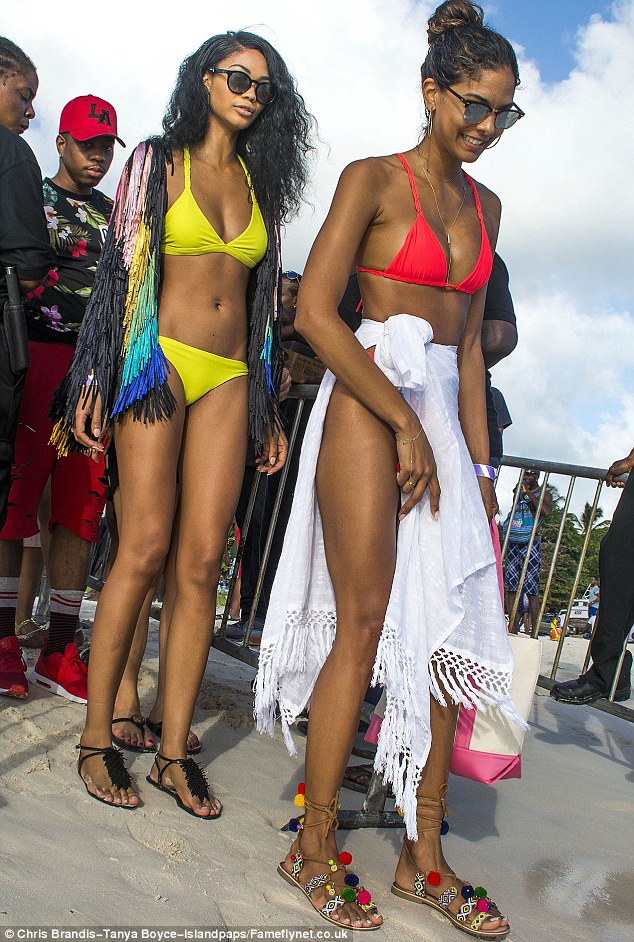 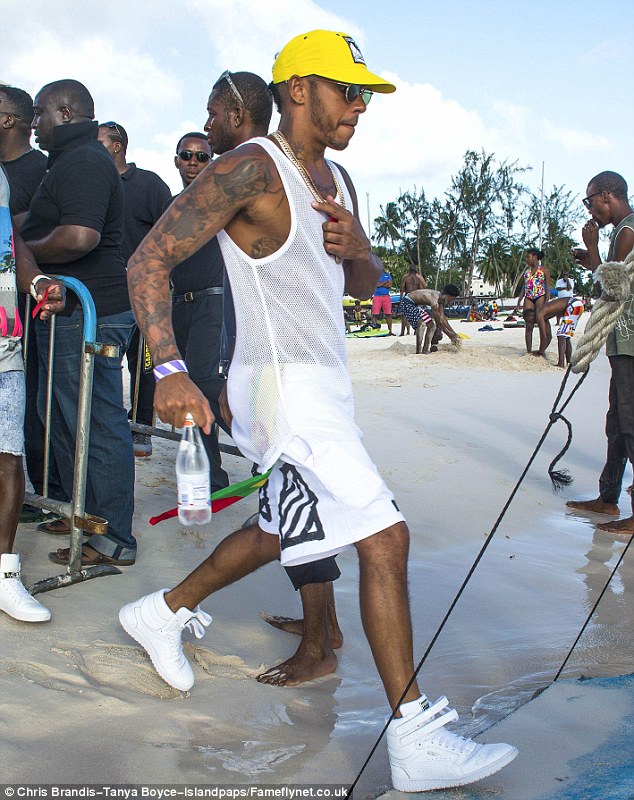 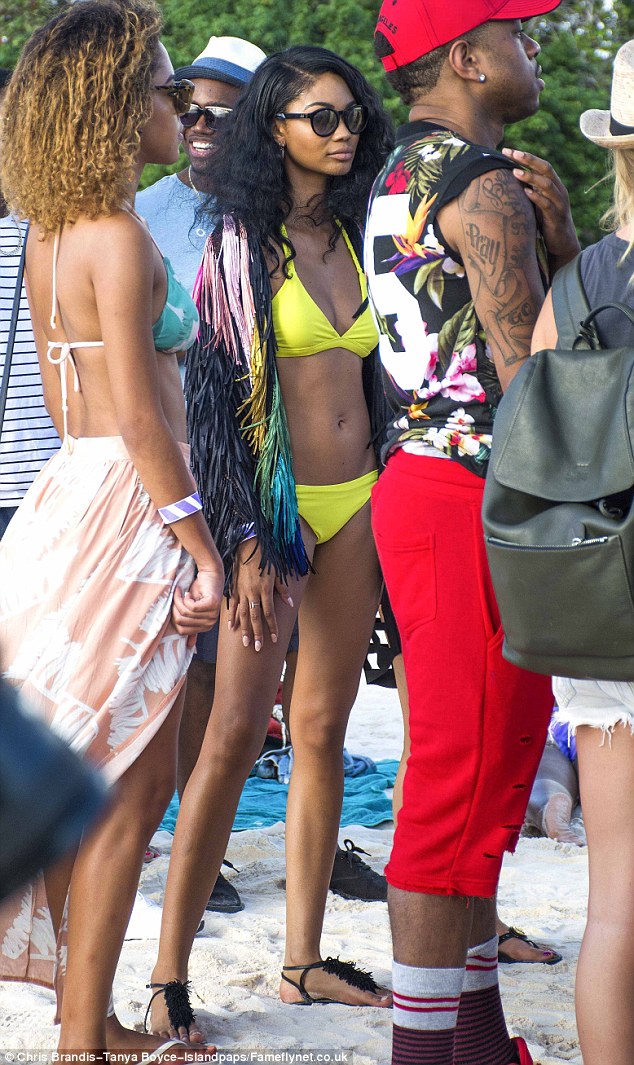 Chanel and Lewis spotted together again at a beach in Barbados on August 2, 2016

I don’t follow Chanel’s love life, but if she’s happy with this guy, we shouldn’t complain. They’re both rich and old enough to go out with anyone.

Fashion-wise, I love Chanel’s colorful beach-side attire. I especially like the fringe topper she used to go with the bikini. It’s interesting, one-of-a-kind, colorful, and statement-making. Some of you may think topping off the getup with fringe thong sandals was overkill, but I beg to disagree; the frilly extras actually pulled everything together. She looks perfect!

By the way, Chanel’s sandals are the “Wild Thing” from Aquazzura. They’re crafted from cow leather and feature tonal fringes made of suede at the t-bar. They come in three colors and retail at a pricey $585. 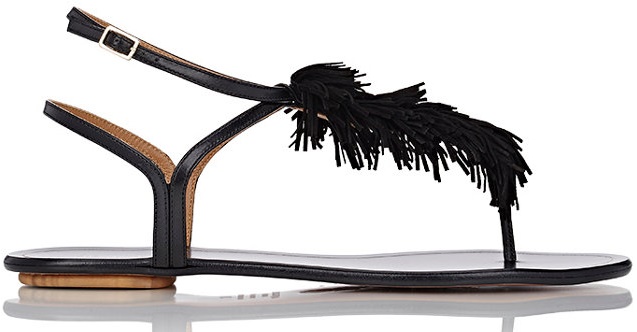 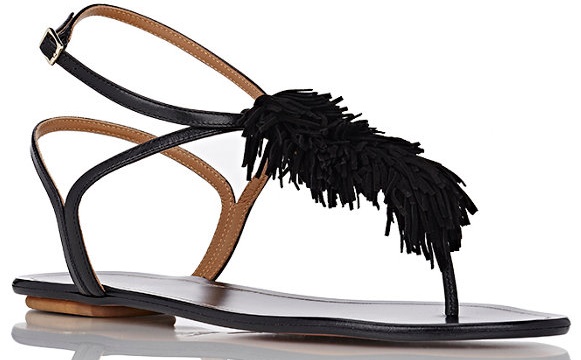 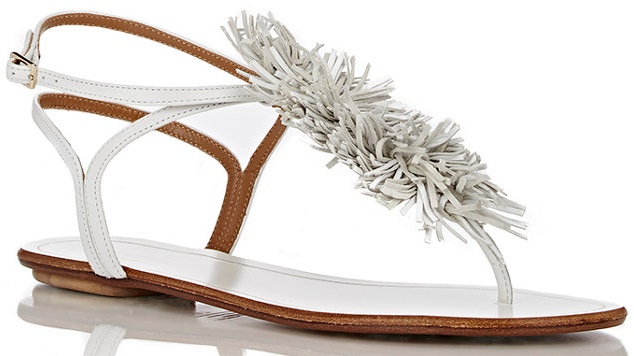 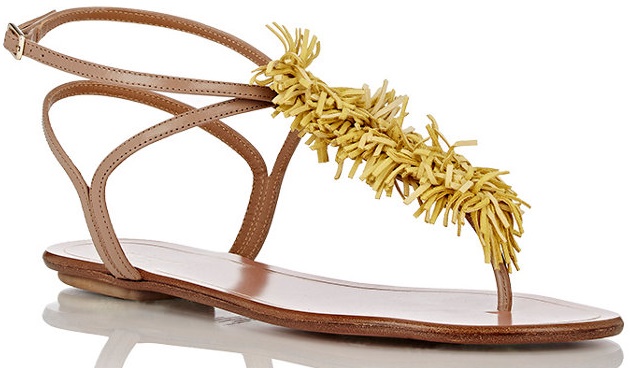 Also available in Lemon and White

I agree. For a pair of thong sandals, they are ridiculously expensive. In fact, if I had these strappies, I would never wear ’em to the beach because doing so will ruin the leather, which would be such a waste because that’s almost $600 down the drain. Then again, I am not Chanel Iman.

If you like Chanel’s Wild Thing sandals, feel free to order it online over at Barneys. As for me, I think I’ll go with the pocket-friendly Sam Edelman Gela instead. Depending on your size and the color you want, you can find them for as low as $45: