Her wedding to fiance Jesse Metcalfe is now only six months away. But Cara Santana seemed to be solo on Friday, as she stepped out for a bit of shopping in tony Beverly Hills. The 33-year-old Reunion actress definitely made a style statement, as she opted to wear a long, flowing white dress for the jaunt.

The sleeveless garment featured two huge, distinctive swans embroidered one above the other on the front. While the upper graphic was a flat design, the lower swan appeared to be filled in with a fluffy fabric which popped out three-dimensionally. Some white mule-style heels completed her otherwise very simple ensemble. As she had apparently decided against toting a purse, the 5ft5in beauty carried her large cellphone in her left hand. 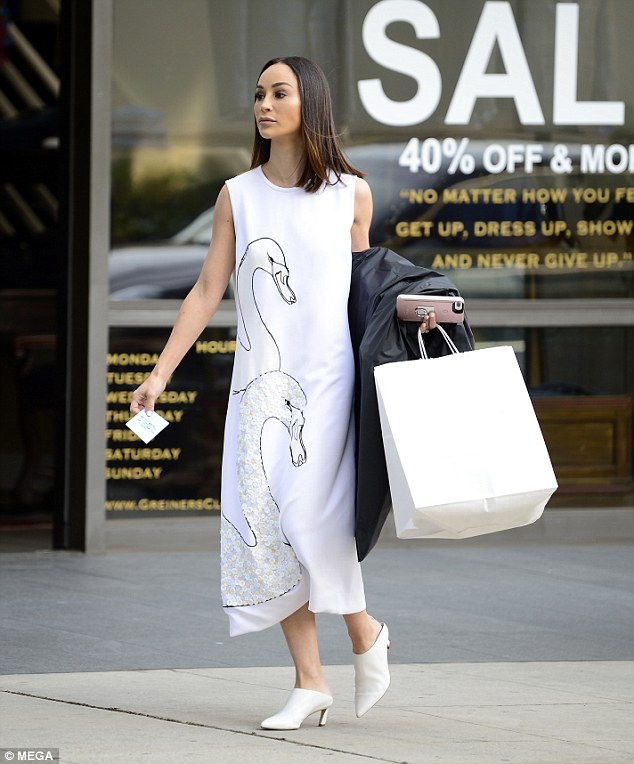 A black coat and unmarked white shopping bag also occupied her left arm. Her brunette tresses were parted in the middle and fell straight down, just touching the tops of her shoulders.

The Beverly Hills Chihuahua 3 star adorned her visage with a smokey eye, subtle blush and pale rose lipstick.Though he wasn’t present for her outing, the style blogger is currently engaged to Desperate Housewives hunk Jesse Metcalfe, 39, who proposed to his long-time love in August 2016. 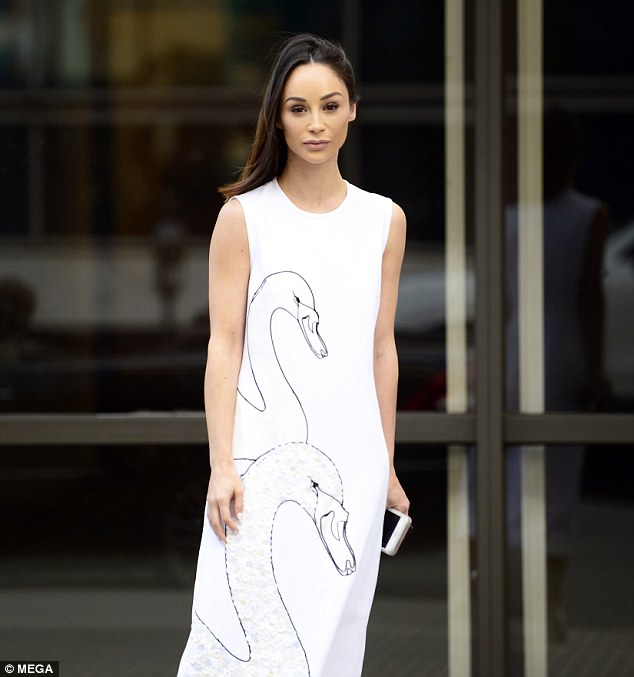 The couple have been together on and off since 2011, and it is thought the wedding will be occurring later this year. 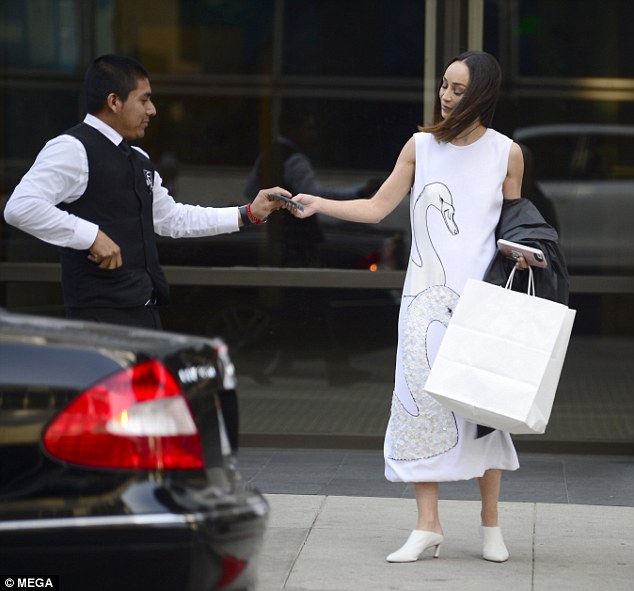 In October 2016, a couple of months into their engagement, Jesse dished to Entertainment Tonight: ‘We kind of set the date of September 2018.’ 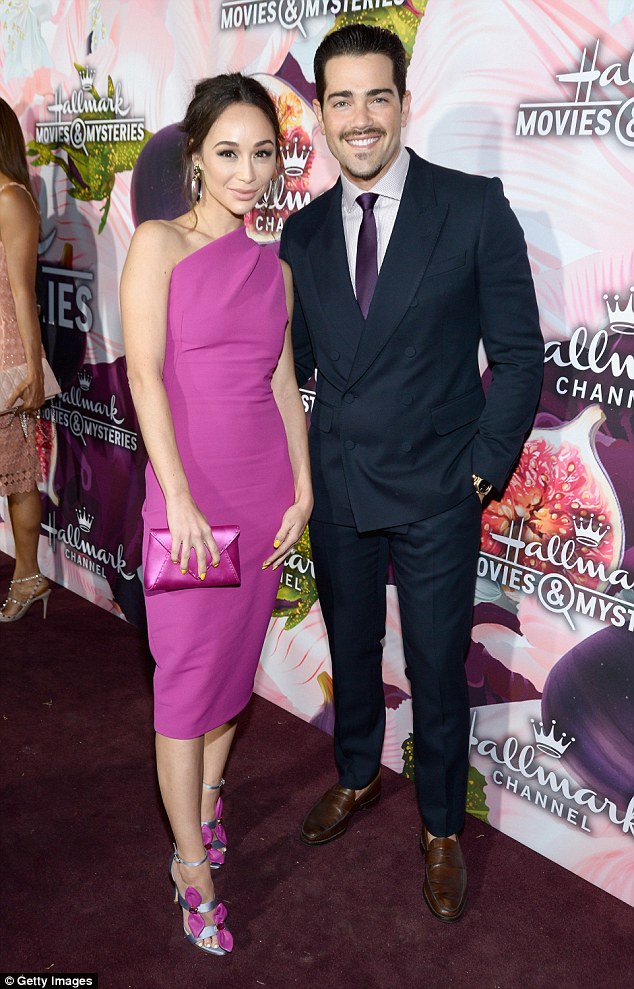 He explained that he and Cara were ‘locking down a venue right now. It’s gonna be on the East Coast, and that’s all I can tell you!’ 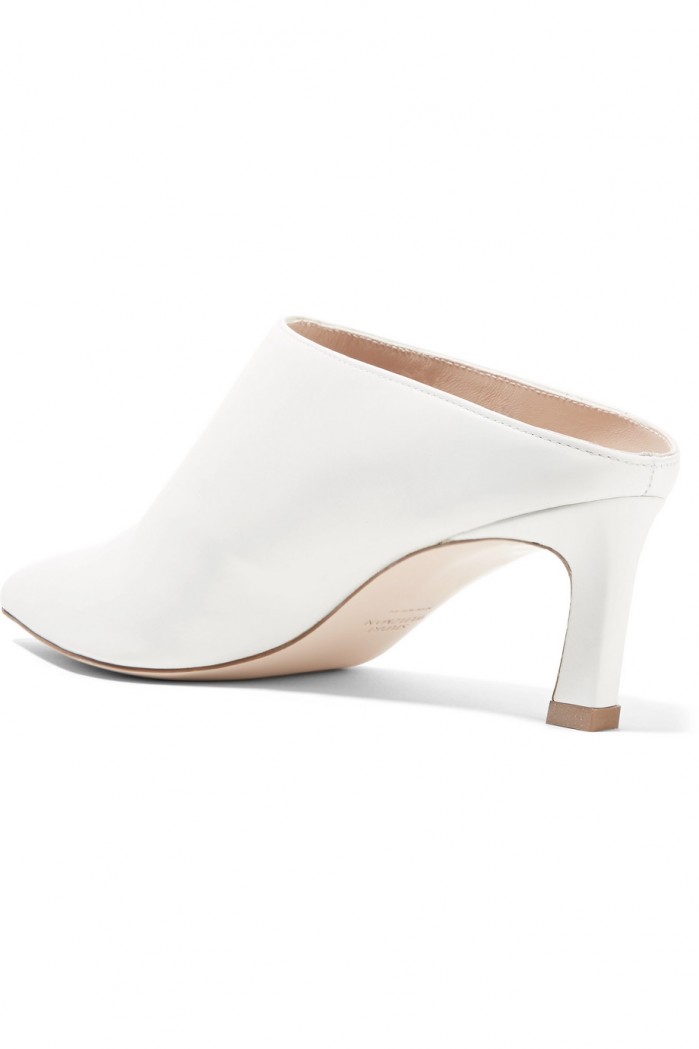 Summer might feel like forever away but we’re sure that warmer climes are within touching distance so, naturally, we’re prepping our wardrobe for a dose of sunshine! Inspiring our buys this week is none other than Cara Santana, spotted at an event wearing an embellished swan-print dress teamed with a pair of must-have Stuart Weitzman pointy heeled mules. 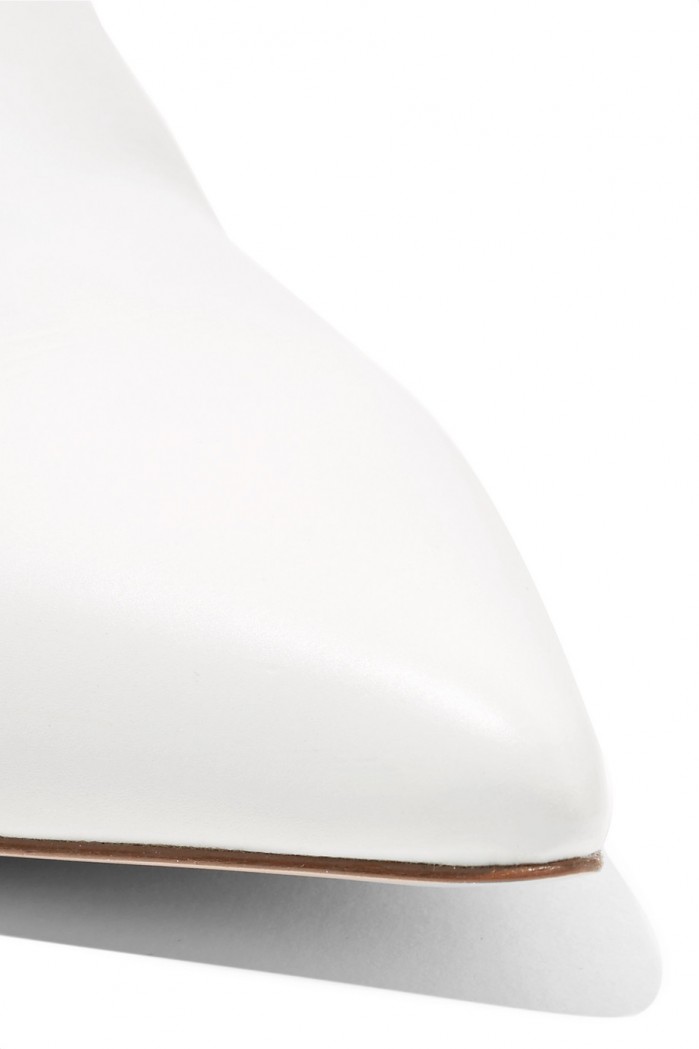 These Stuart Weitzman heels have been spotted on some many fashionistas, we’ve lost count! We love that the fresh white colour has been a hot hue for footwear and will continue to do so for some time as designers aplenty presented new white styles in the SS18 collections 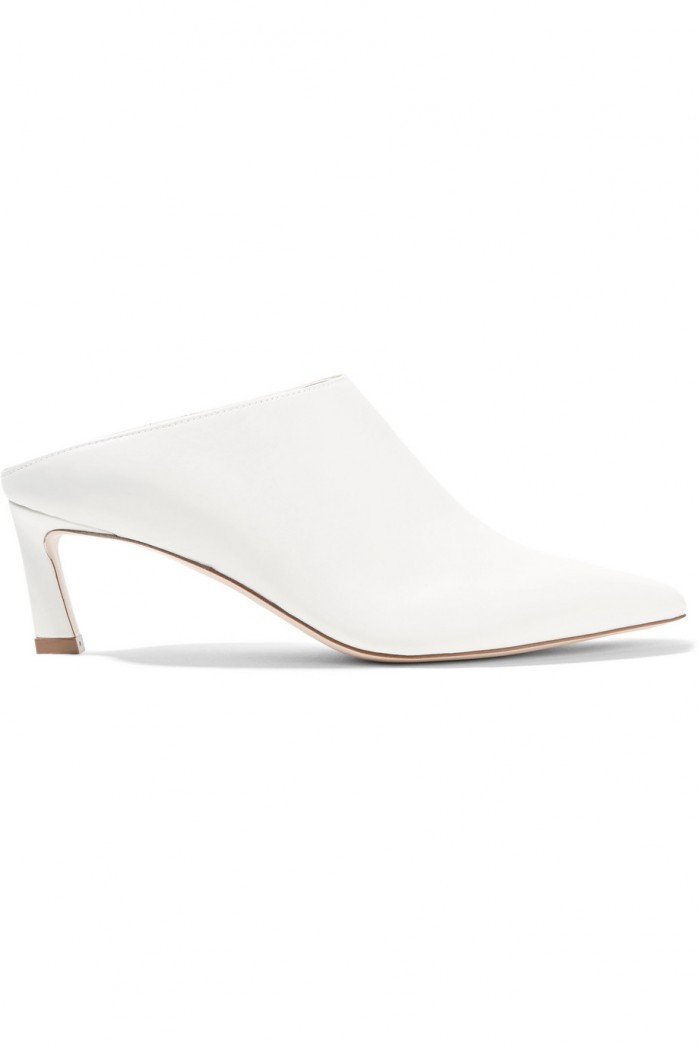 Fancy stealing Cara’s style? Click the link to your right to shop these mules for $610 at NET-A-PORTER now. Alternatively, get your hands on some heeled mules then shop our edit of best buys below: 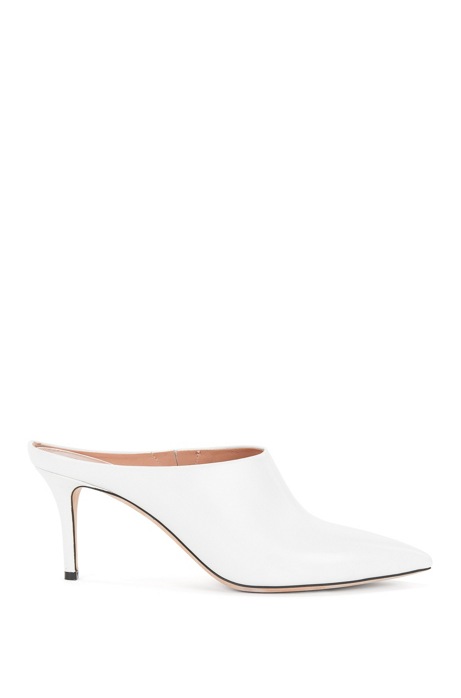 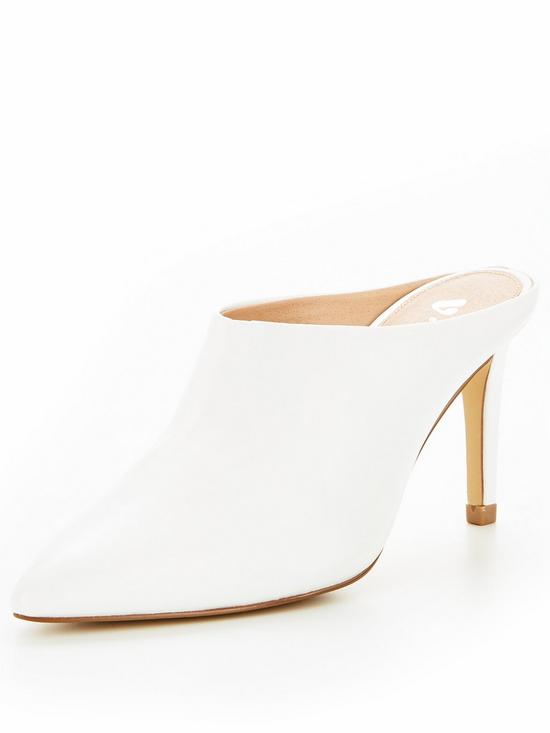