Brighten up your look with cool kicks like Heidi

Brighten up your look with cool kicks like Heidi 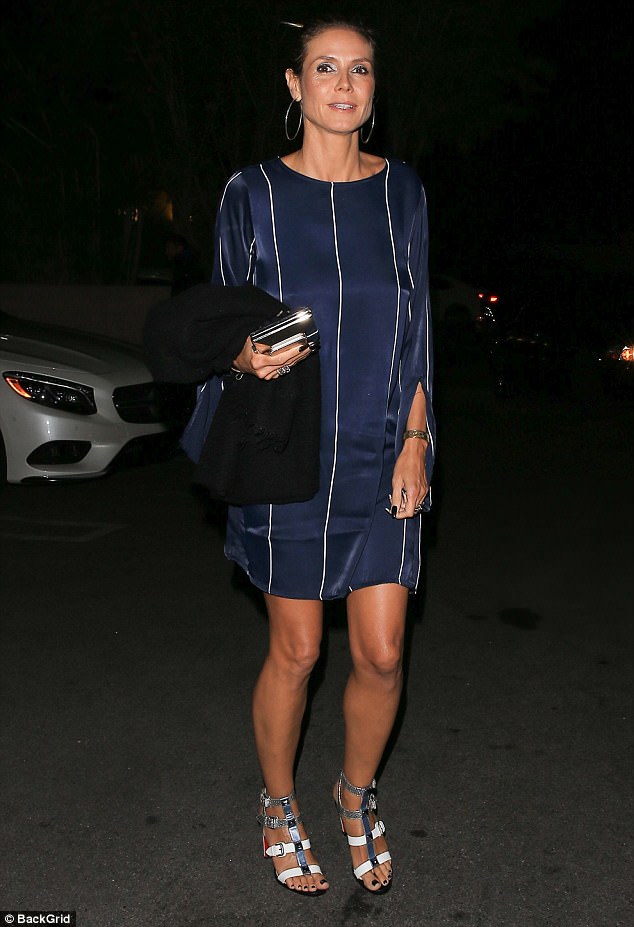 They split up in 2012 after almost seven years of marriage. But Heidi Klum and Seal proved they were still on very good terms on Thursday night, as they shared a friendly kiss after a family dinner in LA. The model, 43, and her ex-husband, 54, were seen giving each other a peck on the cheek as they said goodbye after taking their four children for sushi at Matsuhisa in Beverly Hills. 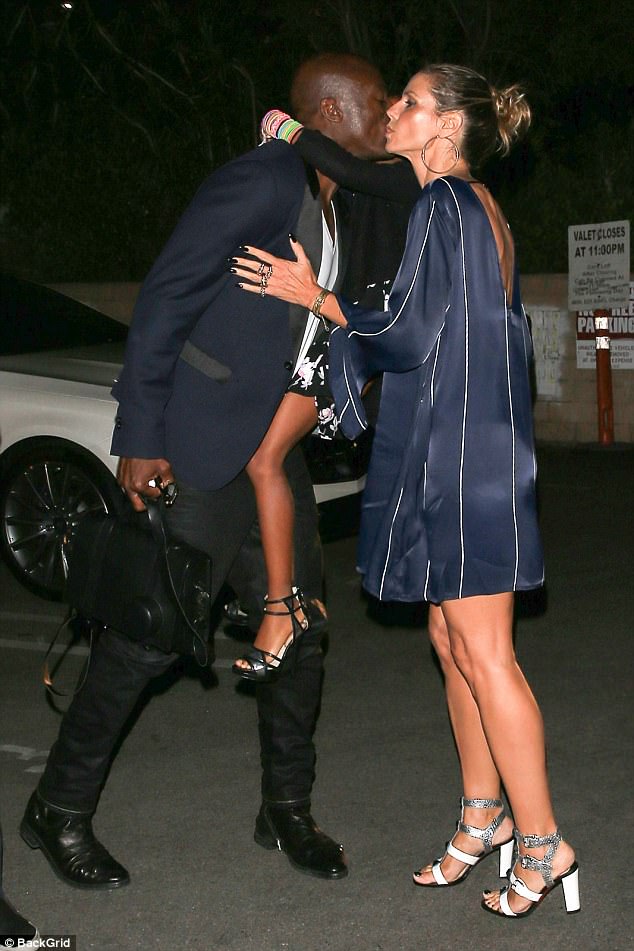 The couple, who separated almost five years ago, displayed their friendly relationship as they headed for a bite to eat with their children – Helene, Henry, Johan and Lou. 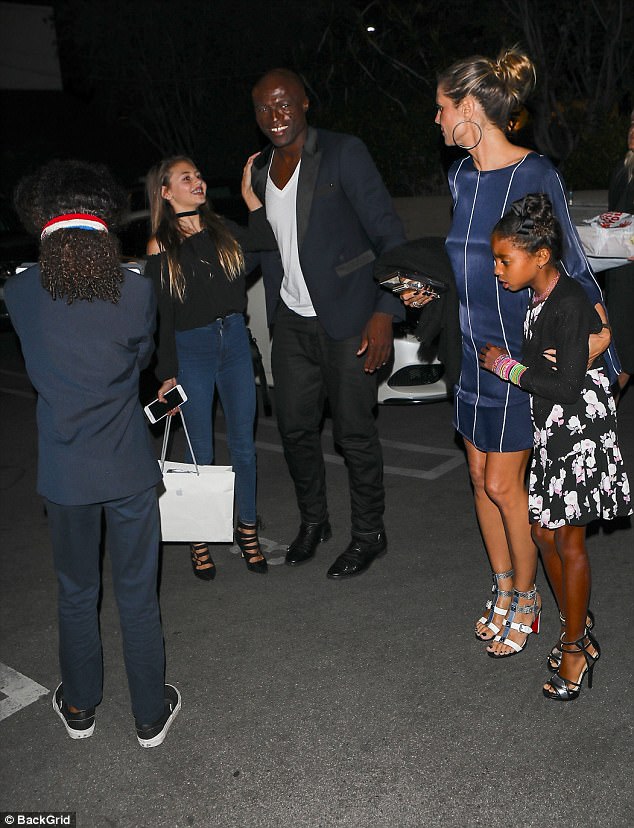 Surrounded by their brood, Heidi and Seal appeared in great spirits as they happily chatted to the youngsters on their way out of the swanky venue.  The German model had looked typically glam for the outing in a silk striped shift dress with a subtly sexy cut-out back. 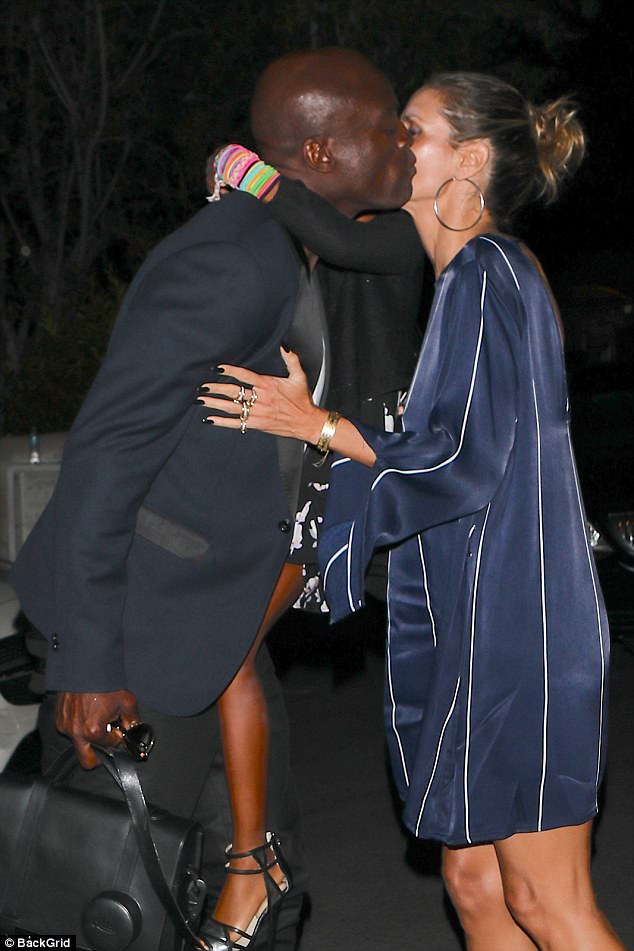 Paired with snakeskin heels and a high bun hairstyle, the blonde beauty showed off her famously statuesque frame and glowing skin as she enjoyed a night with her family. Bidding each other farewell after the lengthy catch-up, the former lovers were then seen planting a kiss on each other’s cheeks in a sweet embrace, as they parted ways.  Heidi and Seal’s divorce was finalised in October 2012, but the pair have maintained a famously amicable relationship ever since their split. 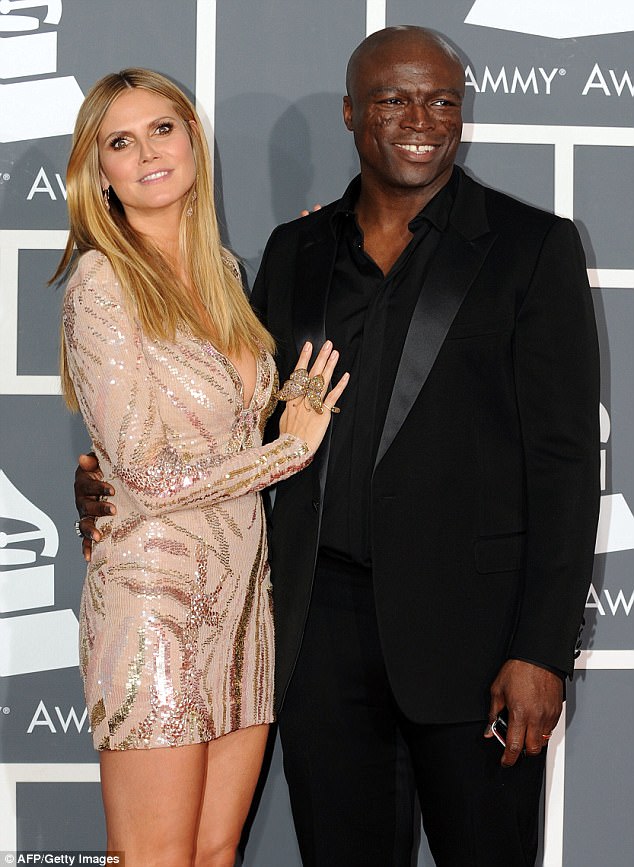 Speaking of their famously amicable relationship, Heidi admitted in February the split had been hard – but that it pays to stay on good terms, for the sake of the kids.  She told Entertainment Tonight: ‘It’s never really easy, I guess, when you break up.’  ‘There was probably a reason for it and it kind of takes its time but then, you know, we’re always there for our children and always will be.’ She then added: ‘You always make it work. You just do.’  Heidi has since been dating art collector Vito Schnabel, who she met in 2014, while Seal recently split from Erica Packer. 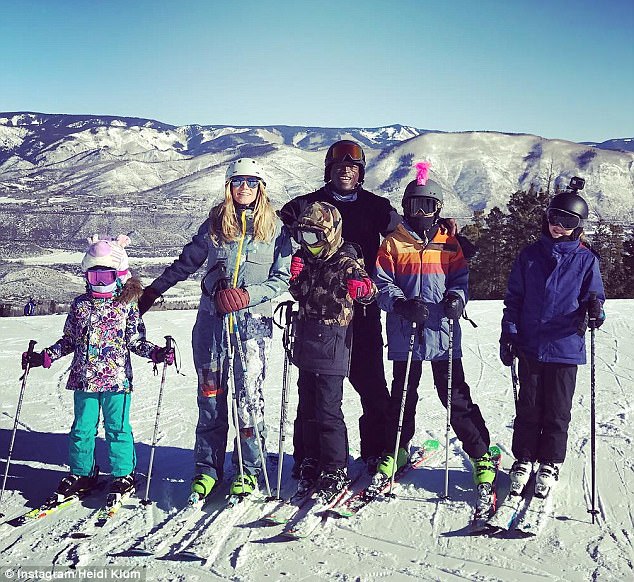 They even enjoyed a winter skiing holiday in Aspen, Colorado with their children in December to ring in Christmas and the New Year as a family. 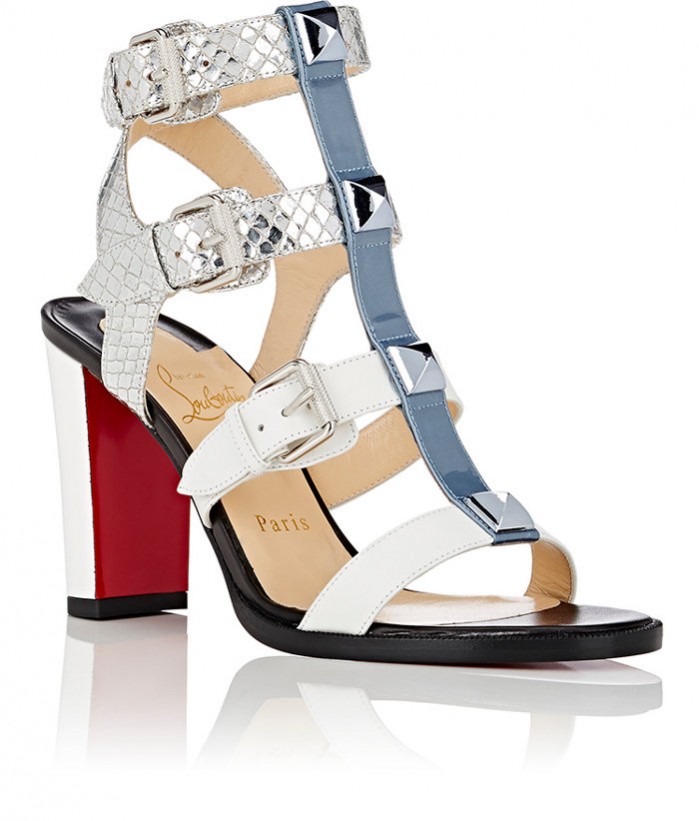 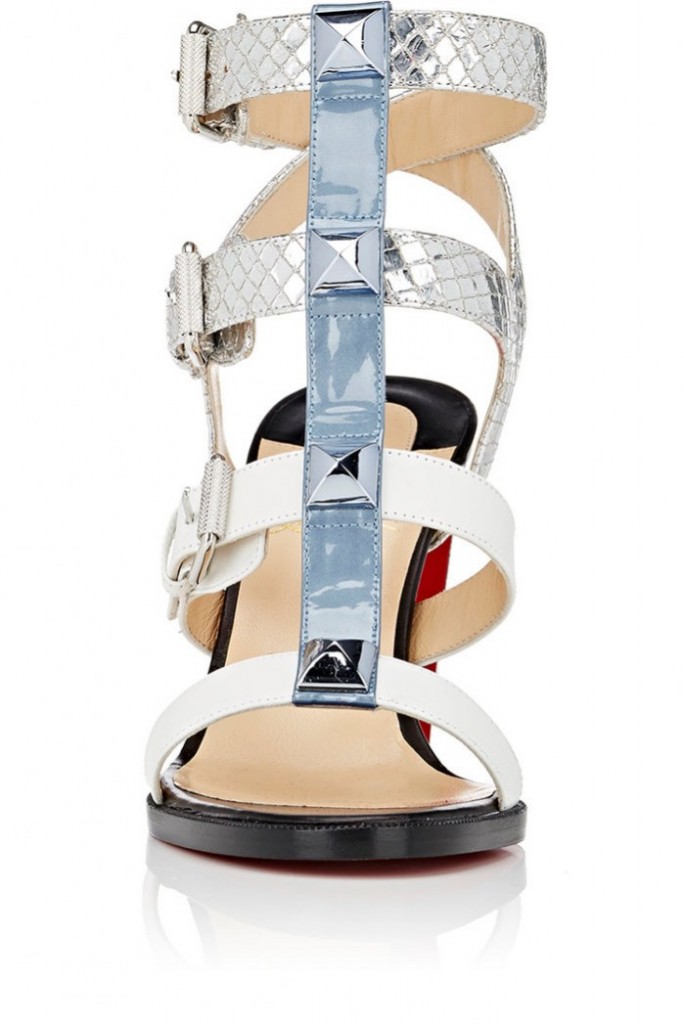 he shoes had a relaxed chunky vibe with their buckled details and we loved the playful colour blocked design. The heel looks a comfortable height without compromising on style either. They are by Christian Louboutin and can be shopped at Barneys. 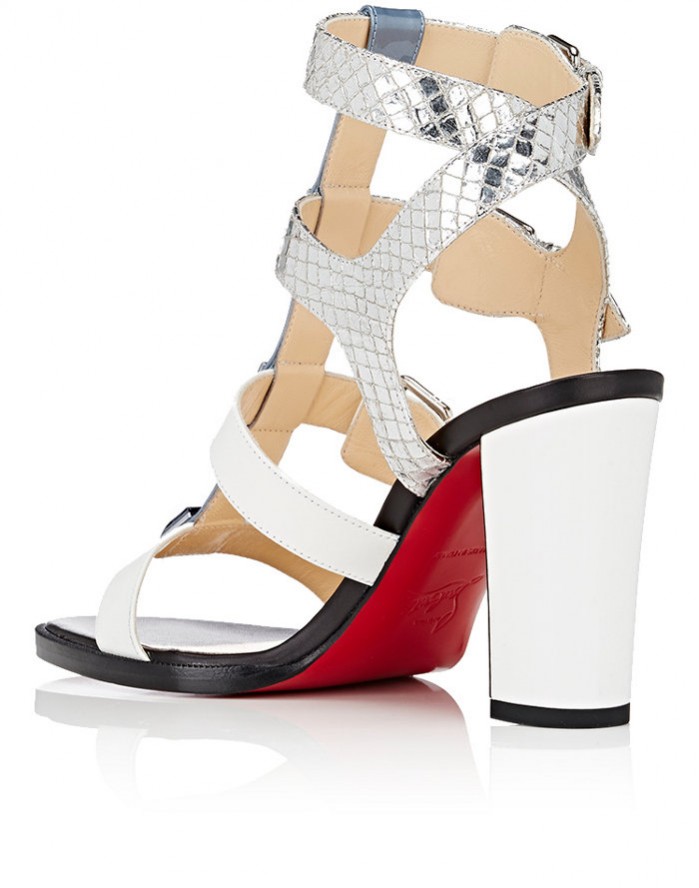 There are other caged sandals up for grabs all over the web though. So if Heidi’s aren’t for you, head to the line up of alternatives below: 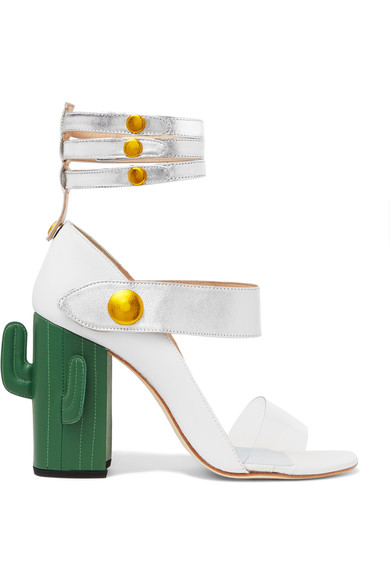 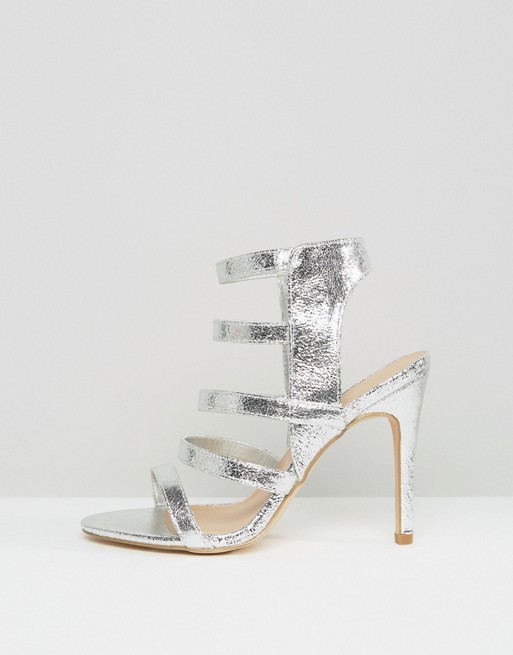