Beyonce and Jay-Z left their twin babies at home to enjoy a night on the town together on Thursday night.
The couple, who welcomed Sir Carter and Rumi one month ago, were seen exiting Mack Sennett Studios in Los Angeles before heading to a Roc Nation party for rapper Vic Mensa. Beyonce, 35, looked incredible in a pastel corset mini skirt with a bell sleeve blouse tucked in revealing lots of cleavage. 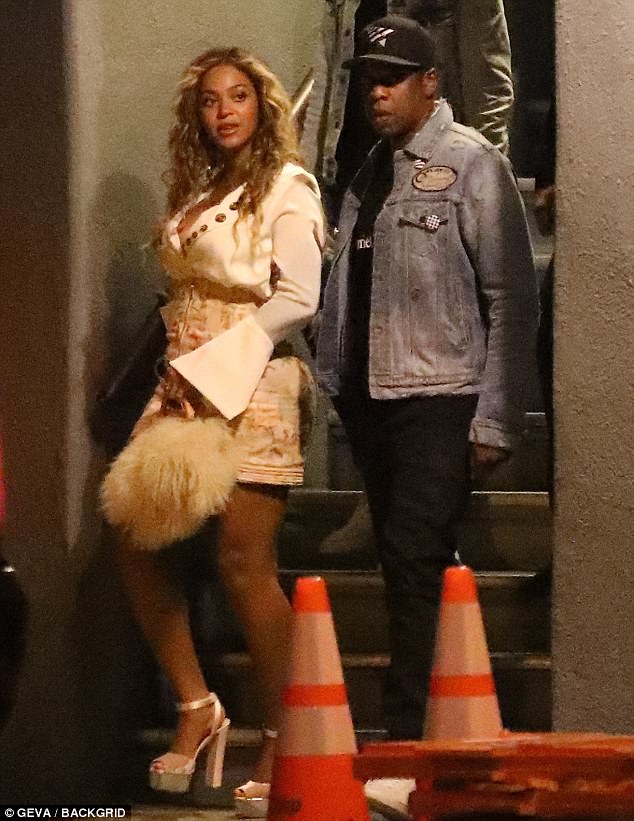 Accessorizing with pastel platform heels and a cream fluffy purse it was a glam coordinated look for the Drunk in Love songstress. Bey’s tresses fell in thick blonde waves framing her face. Her doting husband of nine years tenderly lead the mother-of-three out of the venue with his hand on her back. Jay, 47, kept it low-key in some dark jeans, a t-shirt and light denim jacket.

Before heading to the party the Grammy-winner switched into some black ankle-strap heels with pom pom detail. The same evening, Beyonce introduced Sir Carter and Rumi to the world with an Instagram photo of her cradling the one-month-old boy and girl. 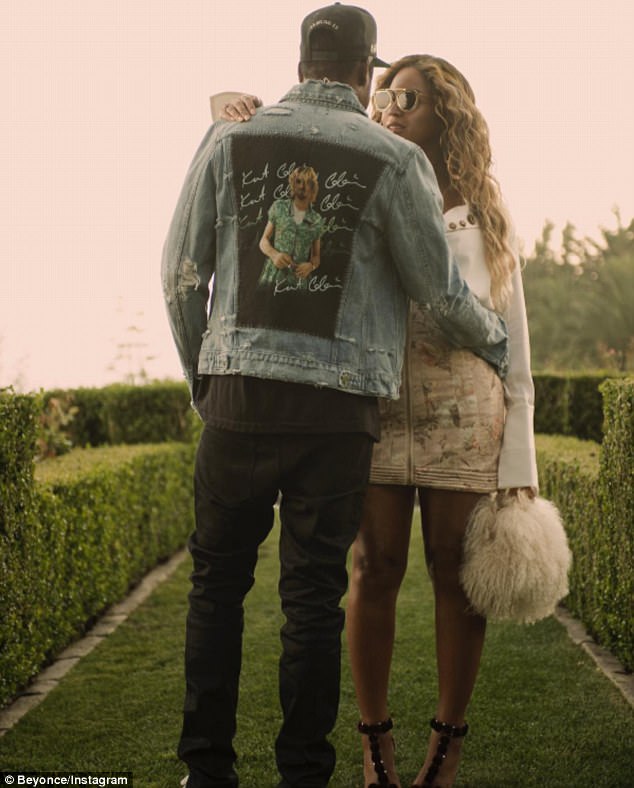 The pop star, who also shares daughter Blue Ivy, five, with her rapper husband, was seen wearing a pink floral robe and blue veil as she stood in front of a beautiful floral arrangement. The photo appears to have been taken in the grounds of her $400,000 a month Malibu rental. 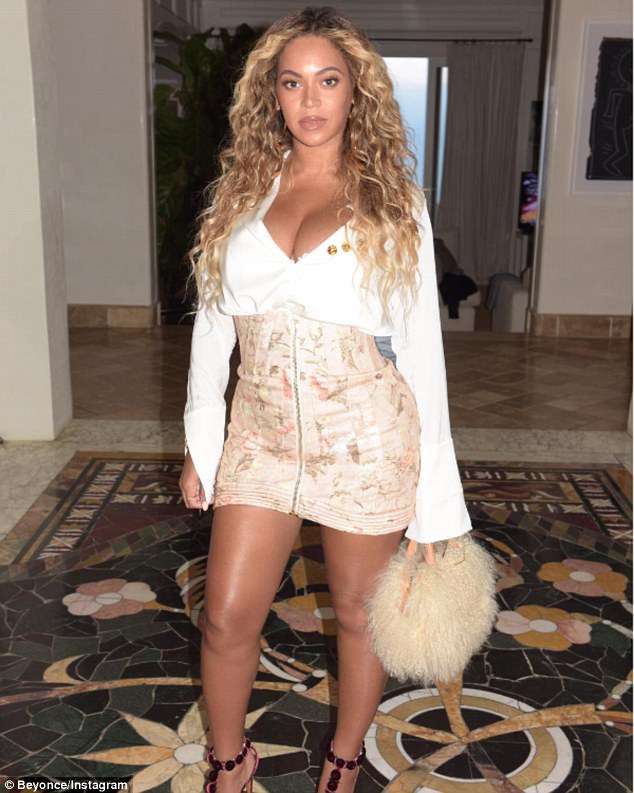 Last month TMZ reported the company run by Beyonce and Jay Z – real name Shawn Corey Carter – filed legal documents to secure the rights to the names Sir Carter and Rumi. Her latest post was very much in the style of her pregnancy announcement back in January. It was such a hit on social media that it quickly became the most liked photo on Instagram. The record-breaking pic showed Bey holding her new bump and wearing just a bra, underwear and a veil, in front of a huge wreath of flowers. ‘We would like to share our love and happiness. We have been blessed two times over,’ she captioned it.  ‘We are incredibly grateful that our family will be growing by two, and we thank you for your well wishes’, signing it ‘The Carters’. 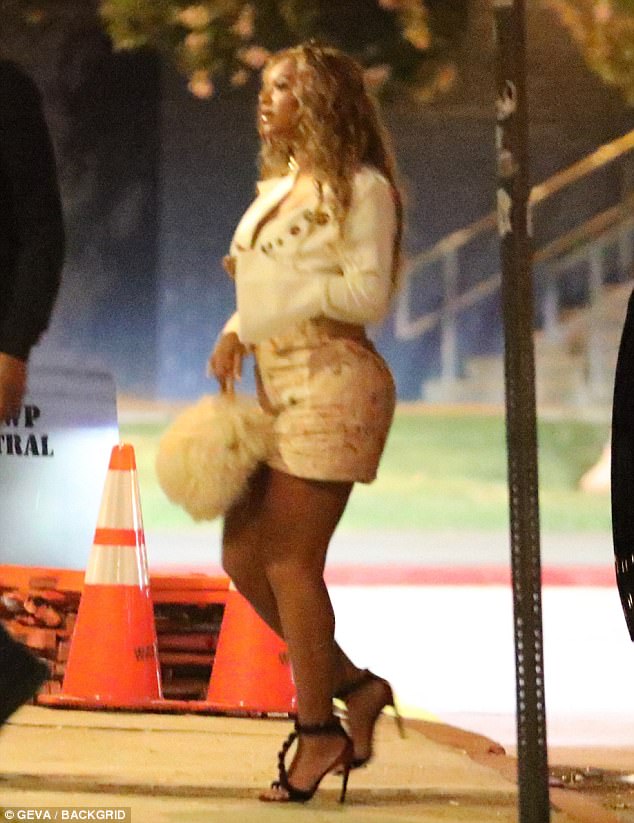 The arrival of Beyonce’s twins come as Jay Z has released his new album 4:44.  The album is regarded by fans to be responding to Beyonce’s album Lemonade, in which she sings of infidelity.  Jay’s 4:44 title track features an apology from him to Beyonce, and speculation is rife that it is a direct reference to claims she hinted to him being unfaithful with ‘Becky with the good hair’ on her visual LP Lemonade. 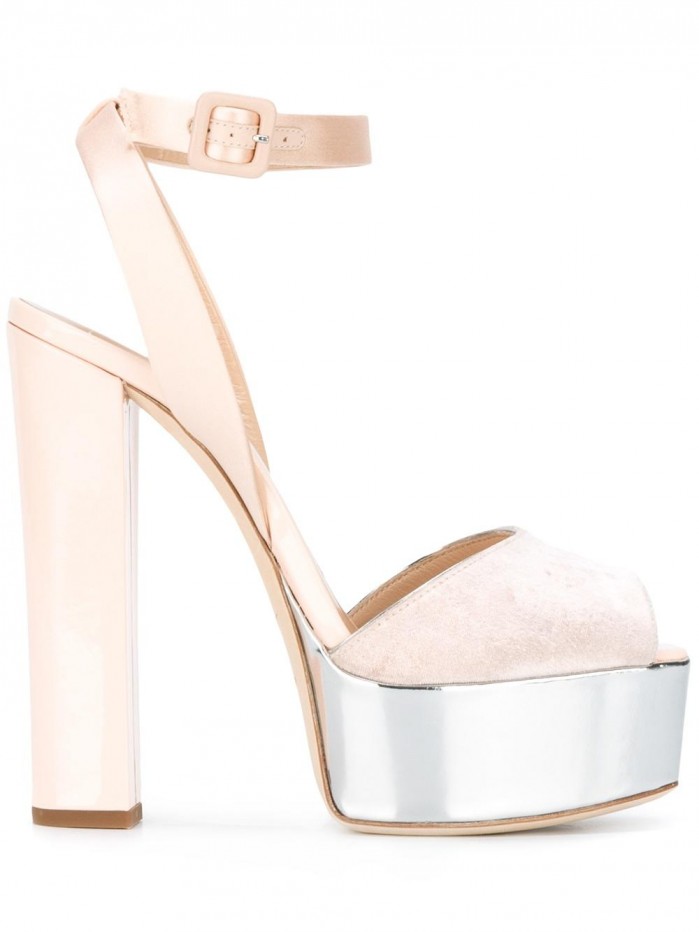 Powder pink leather, satin and velvet Amelia sandals from Giuseppe Zanotti Design featuring a peep toe, an ankle strap with a side buckle fastening, a high heel and a silver-tone platform sole. 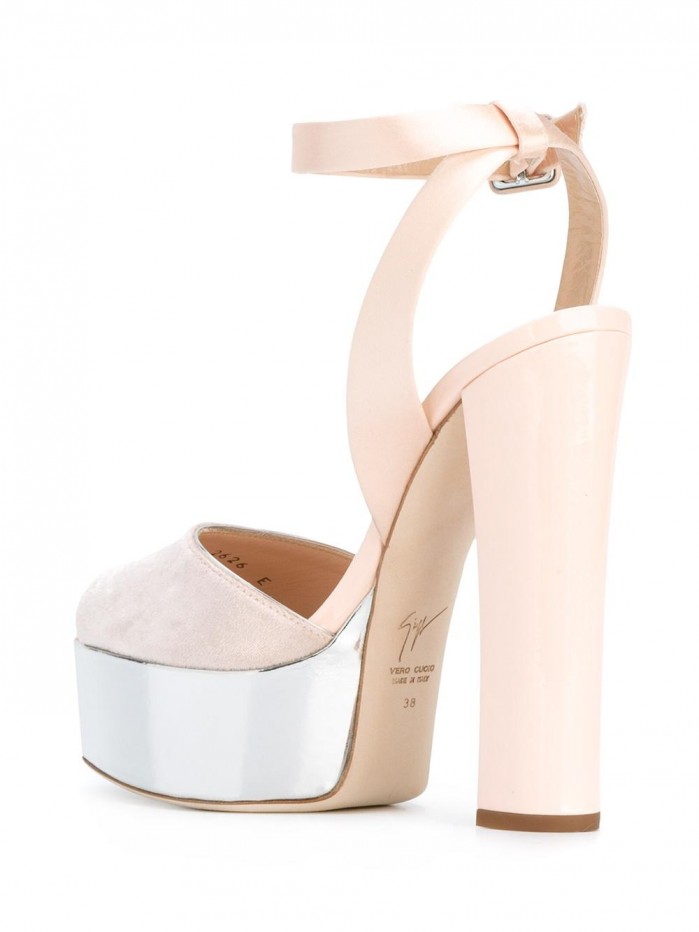 We’ve actually fallen pretty hard for these platform sandals by Giuseppe Zanotti but how could we fail to? In pale pink velvet and satin, with a silver platform sole, they’re to die for and will make a very cool and super sexy addition to our summer wardrobe. Fancy bagging a pair for yourself too? Then simply click to the right to snap them up at Farfetch now. Or get the look with our edit of pink velvet below. 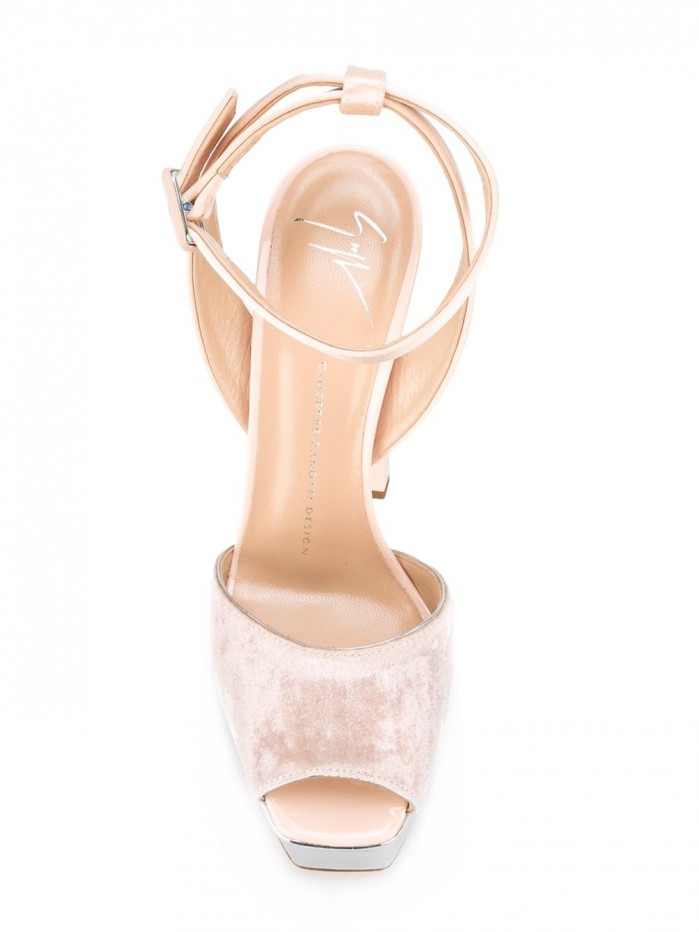 Fancy bagging a pair for yourself too? Then simply click ‘Buy’ to snap them up at Farfetch now. Or get the look with our edit of pink velvet below: 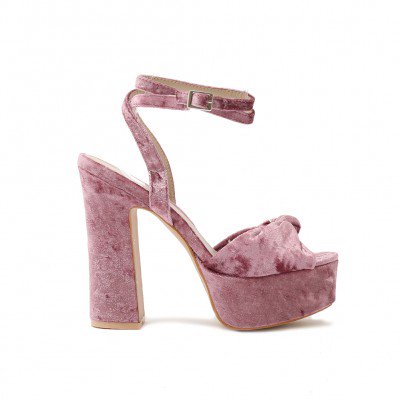 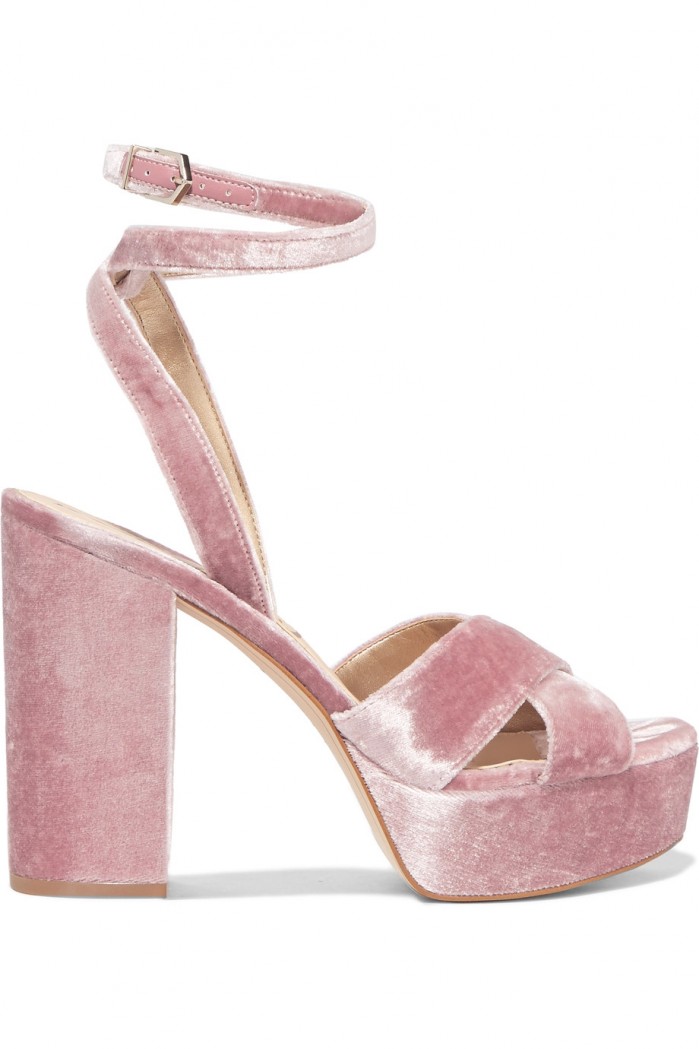