Since bursting on the modelling scene, she’s walked the world’s runways for a host of top designers and featured in the Victoria’s Secret Fashion Show twice. But Bella Hadid has truly turned up the heat for a new shoot alongside Victoria’s Secret Angel Taylor Hill – with the pair stripping off to pose nude on a food-filled dining table while slathered in spaghetti and holding a large lobster. In the shots, taken for Vogue Italia’s Celebration Issue and shared on 21-year-old Bella’s Instagram account, the brunette beauties are seen protecting their modesty via their strategically-placed arms as they pose seductively for the camera.

With their tresses styled in voluminous bouffants, the pair upped the glamour factor with glittering bracelets and earrings, as well as black ankle-strap stilettos. 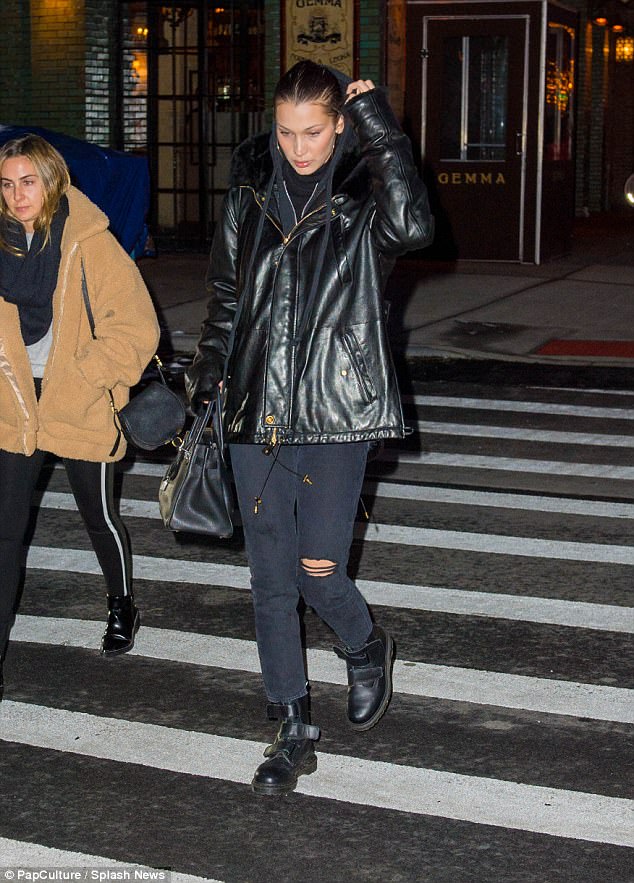 ‘Have a great meal…,’ the sister of Gigi Hadid began her caption. After a few emojis, she continued: ‘@vogueitalia #CelebrationIssue with miss @taylor_hill shot by my brothers @mertalas and @marcuspiggot @gb65 Thank you for your artistic minds and allowing us to be free’.

She closed out her caption with the clarification: ‘#realgirls #fakefood (which means the food is used as props and not real)’. Mert Alaş and Marcus Piggot, who shot the editorial, are an iconic duo of fashion photographers who have in their time worked for multiple editions of Vogue. For Vogue Paris alone, the team known as Mert And Marcus have photographed such figures as Marion Cotillard, Kate Moss, Vanessa Paradis and Carla Bruni. 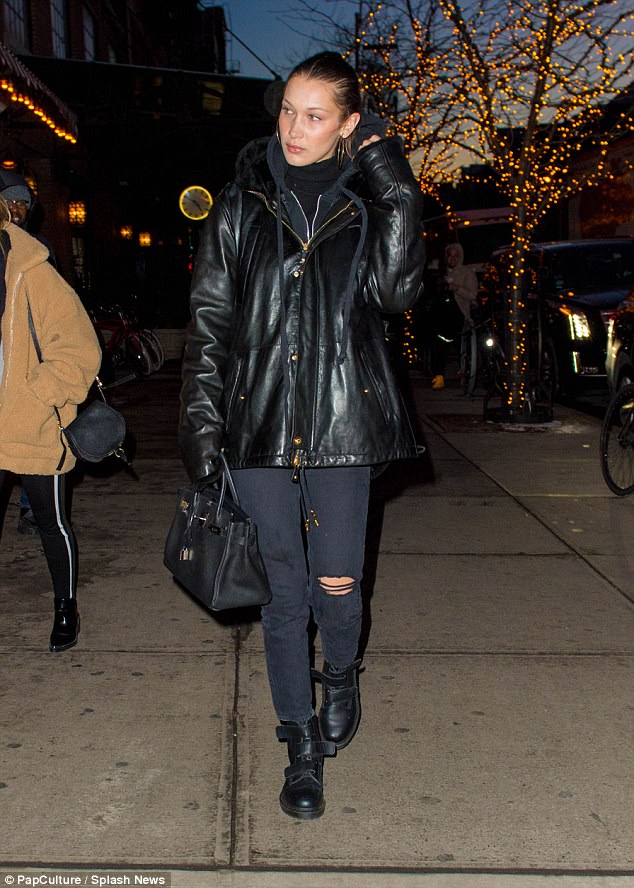 Meanwhile, @gb65 is the Instagram handle of Giovanni Bianco, who has been creative director of Vogue Italia since February. In January, Emanuele Farneti was unveiled as the mag’s new editor-in-chief, after his legendary predecessor Franca Sozzani died at 66 of lung cancer the month prior. Anna Wintour, editor-in-chief of American Vogue, wrote a tribute to Franca after her death, lauding her Italian counterpart as ‘the hardest-working person I have known, and with an envy-inducing ease with multitasking’. 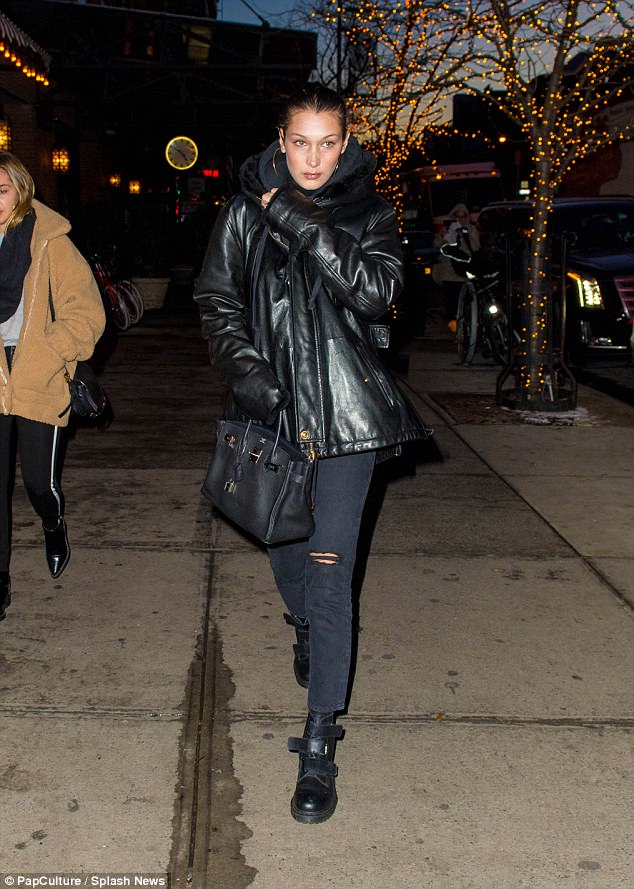 On Thursday, the day Bella posted the Vogue Italia photo to Instagram, she was spotted stepping out in New York City in a warm-looking ensemble. Her hair slicked severely back, she had pulled a black leather jacket over a pine green hoodie, which itself she wore over a black turtlenecked sweater. The model accessorized with hoop earrings, matching a sleek black handbag with a pair of black boots and showing off her legs in skintight trousers. 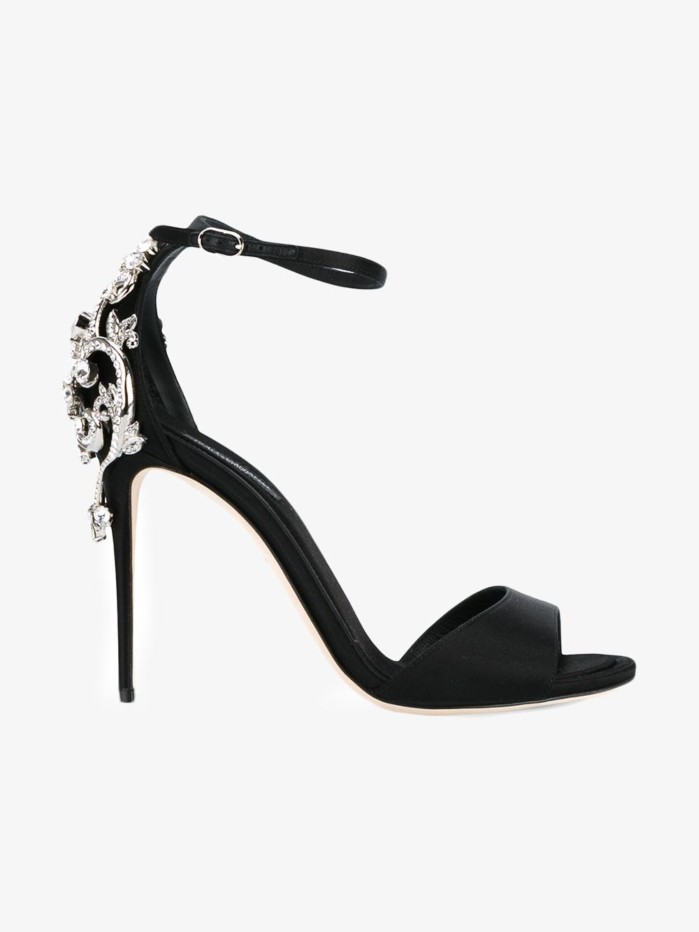 These black Dolce & Gabbana crystal embellished heeled sandals are like the jazz hands of the sandals world. Crafted in Italy from sumptuous silk, the pair feature an elegant open toe, adjustable heel strap and ultra-feminine stiletto heel. Elevated with a crystal embellished heel counter (which being very Baroque in style, we simply adore it), we are styling our Dolce & Gabbana heeled sandals with a black dress for the next night at the Opera. 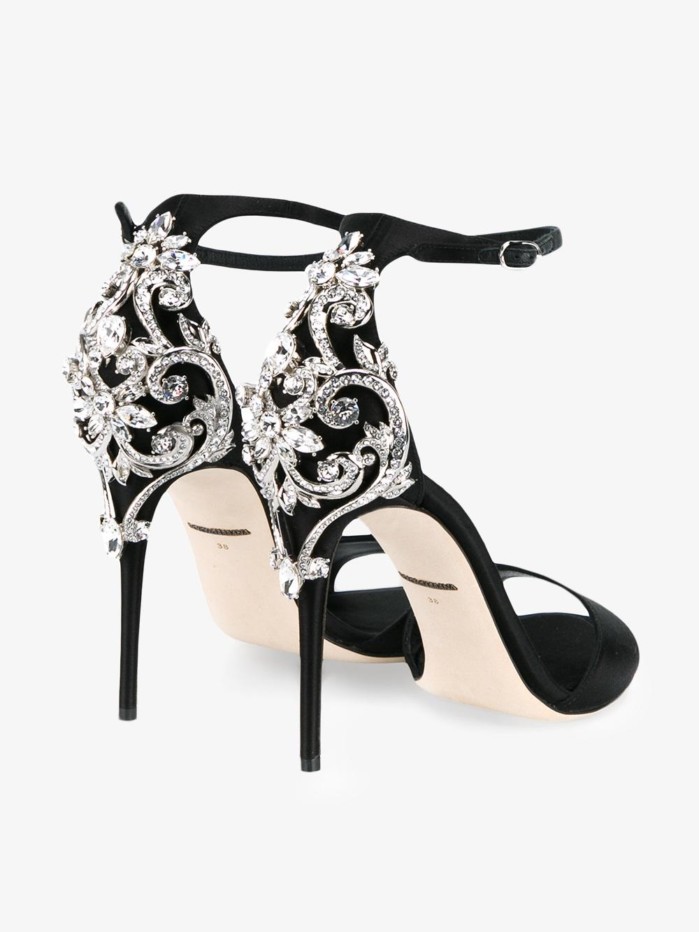 A pair of sparkly sandals is sure to set off your Christmas party outfit this season, so why not take your cue from Bella? Hers are by Dolce & Gabbana so if you’re feeling flush, click ‘Buy’ to snap them up at Browns. 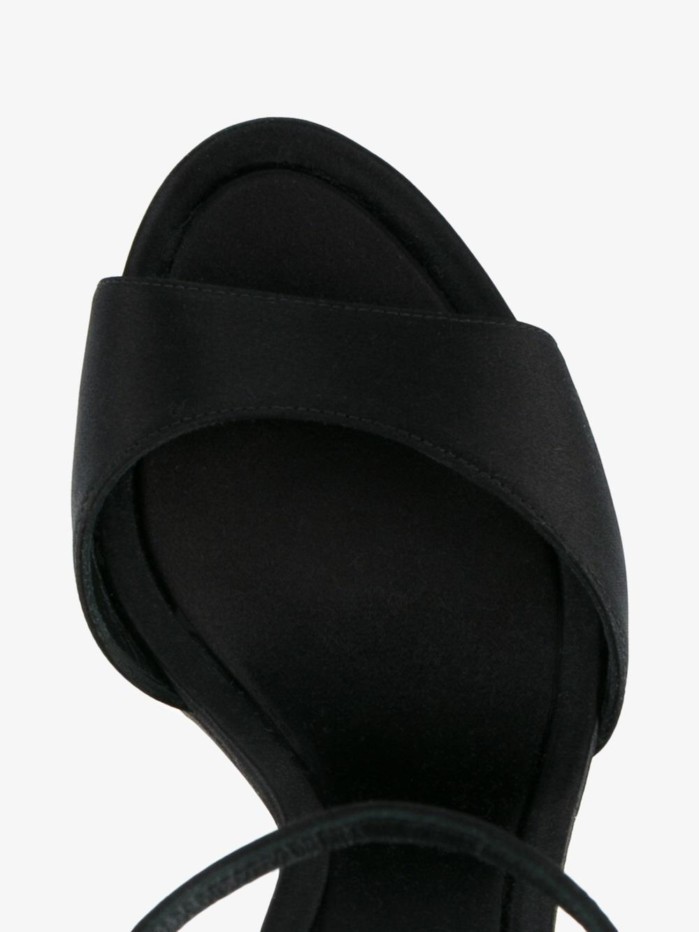 Alternatively, get the look for less by checking out the edit of options below: 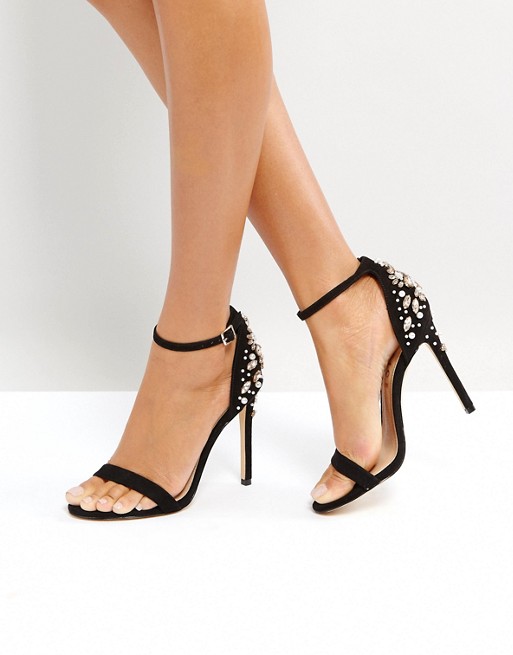 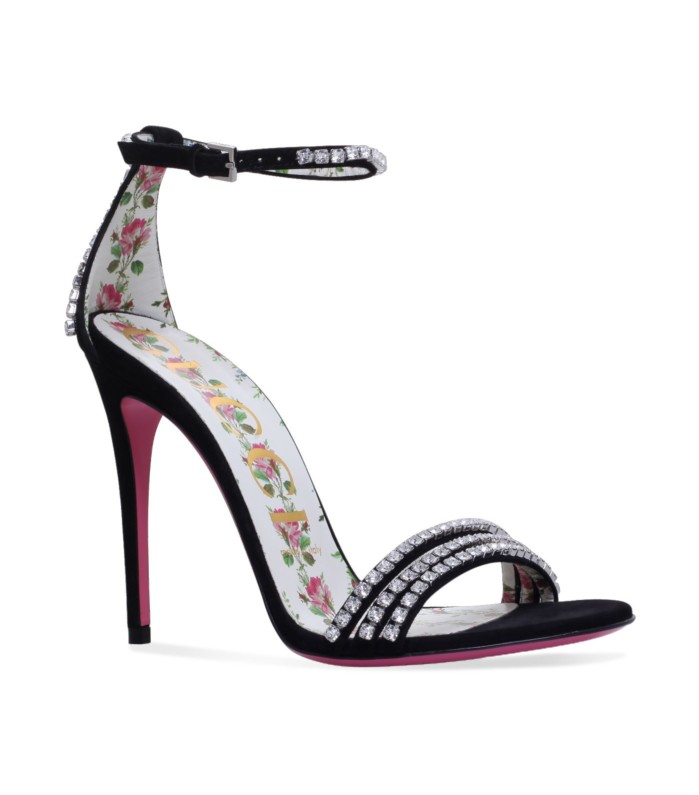