She’s no stranger to causing a stir on The Only Way Is Essex. And Amber Turner was naturally the centre of attention when she attended the Cindy Kimberly x I Saw It First launch party in London on Tuesday night, joined by the likes of Nicola Hughes. The blonde beauty looked incredible while flaunting her incredible figure in a low-cut black playsuit.

Amber flashes her lace bra underneath the slinky little ensemble, worn belted at the waist. Meanwhile, Nicola was giving her a run for her money in a leather minidress and a pair of thigh-high purple boots – but it was her unflattering terracotta tone that really turned heads. 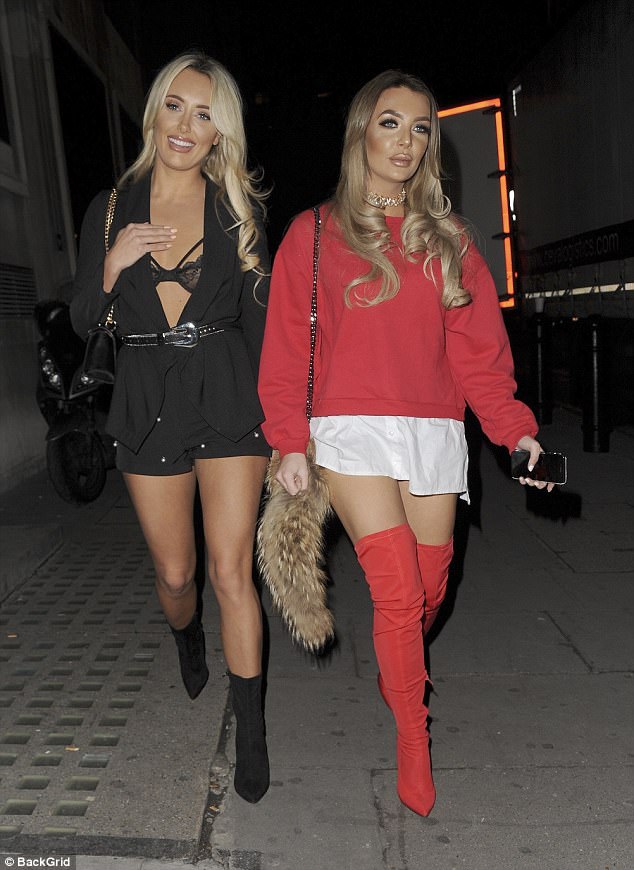 Nicola’s make-up did little to flatter her alarming glow, as she framed her eyes with smoky red shadow and contoured her cheekbones with a heavy bronzer. Flaunting her slim frame, the aspiring model rocked a leather zip-through minidress layered over a simple black T-shirt. 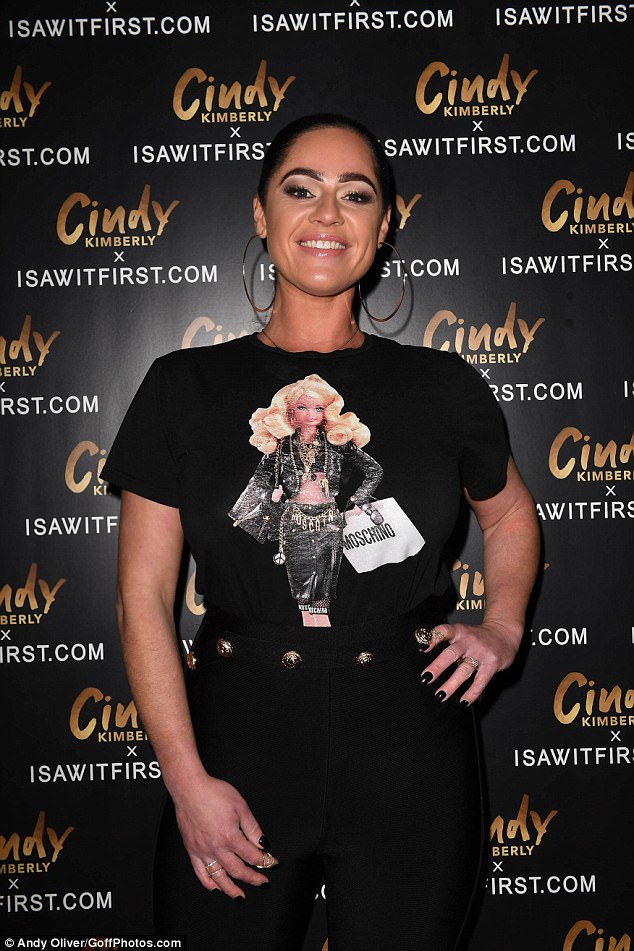 She styled her dyed ashen-green extensions in a a sleek middle parting and layered several delicate necklaces at her decolletage. Nicola’s outing comes after she partied with Lottie Moss, the teenage half-sister of Kate Moss and other ex of Alex Mytton. 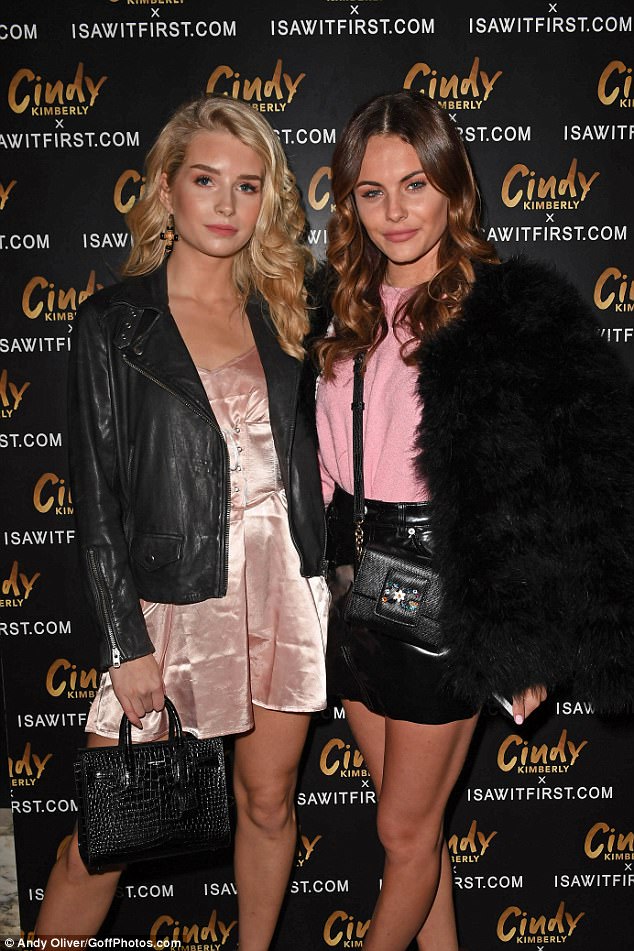 Lottie dated Alex for nine months, while Dublin native Nicola was with the DJ for two years on and off. Addressing their shared taste in men, Nicola shared a giddy video of them giggling in a car as they made their way to the party. 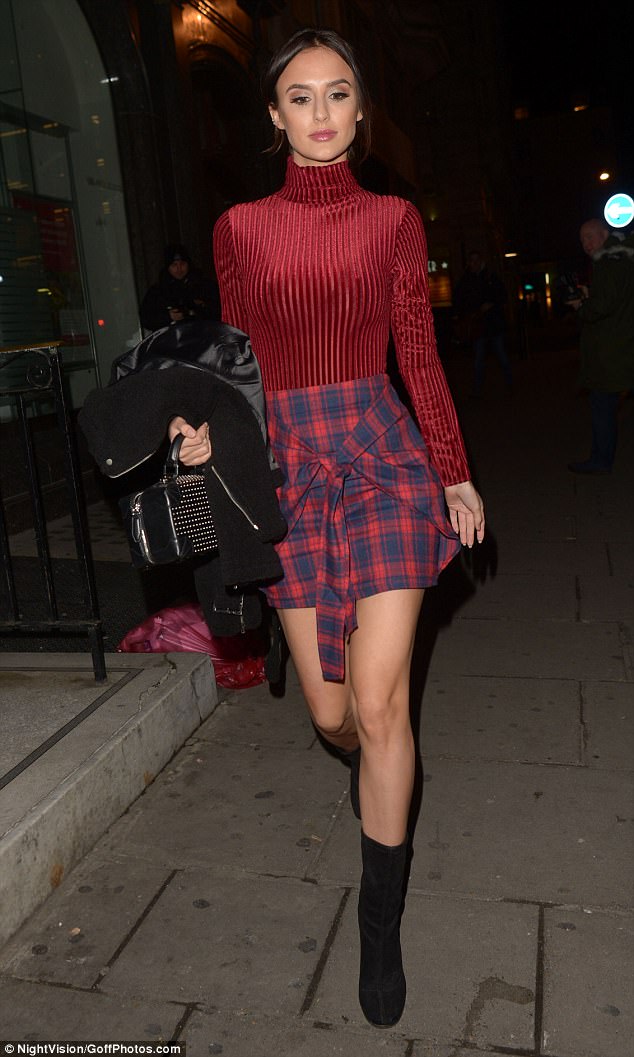 The former Made In Chelsea star showed off her gym-honed figure with a plaid mini skirt which flaunted her very toned legs. The natural beauty showcased a red velvet turtle neck jumper, perfect for the season 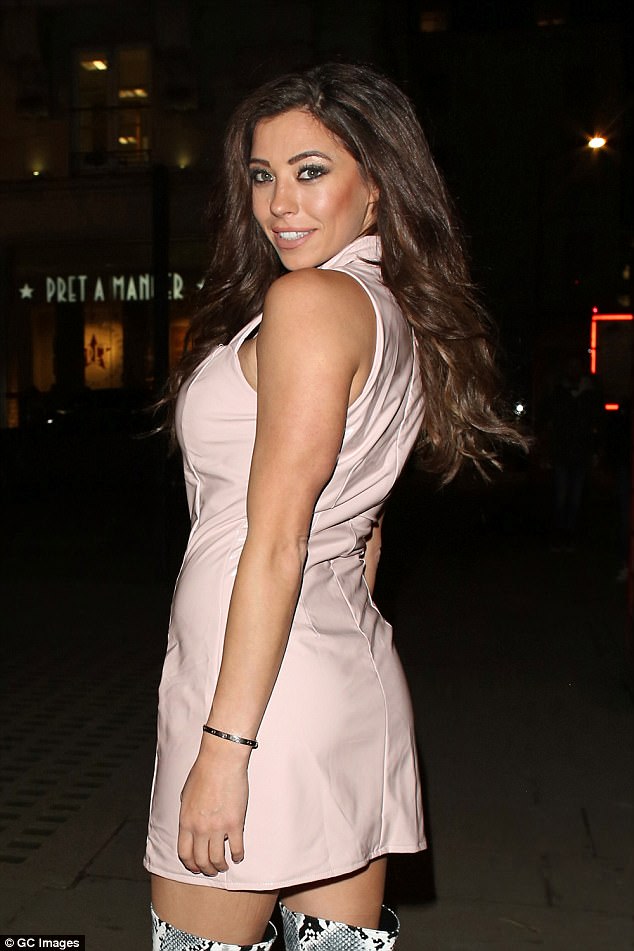 Laughing off the awkwardness, she captioned the Instagram clip ‘Whose ex is next’ in a reference to MTV dating show Ex On The Beach. Lottie is often seen hanging out with the cast of MIC and initially began dating Alex in November last year.  They were together on and off for nine months, before calling it quits on their relationship for good in July.

Following a ‘rocky few months’ and ‘cheating’ claims, the couple split, with a source telling The Sun at the time: ‘Alex has been away all summer filming for Made in Chelsea in Ibiza. ‘They haven’t spent as much time together as they would have liked to but things have been rocky for a few months now. ‘Alex is very fond of Lottie and they may find a way to work through their differences but for now they’ve definitely called it quits.’

Two months following their break up, Alex was seen reuniting with his former flame Nicola Hughes at a party. Sources claimed Alex was ‘doing his best to charm Nicola’ and that their ‘chemistry’ was undeniable. Alex and Nicola dated on and off for two years after meeting  in August 2014 while he was DJing in Ireland.

Meanwhile, after the photo of him and Nicola emerged, Alex clashed with Lottie via Twitter, with the aspiring model telling her ex-beau to ‘grow up’. Despite their split, it seems the pair have remained amicable and are often seen spending time in the same circle. 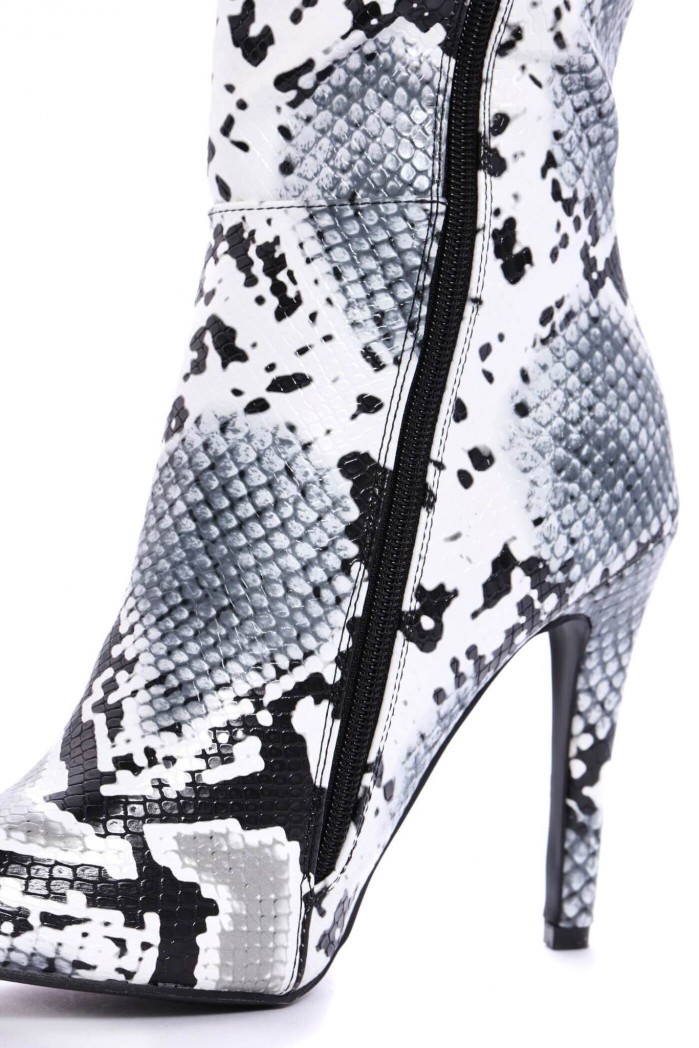 Pascal Craymer was one of the attendees at the party and had made sure she stood out in a pink vinyl mini dress paired with black and white snakeskin over the knee boots. 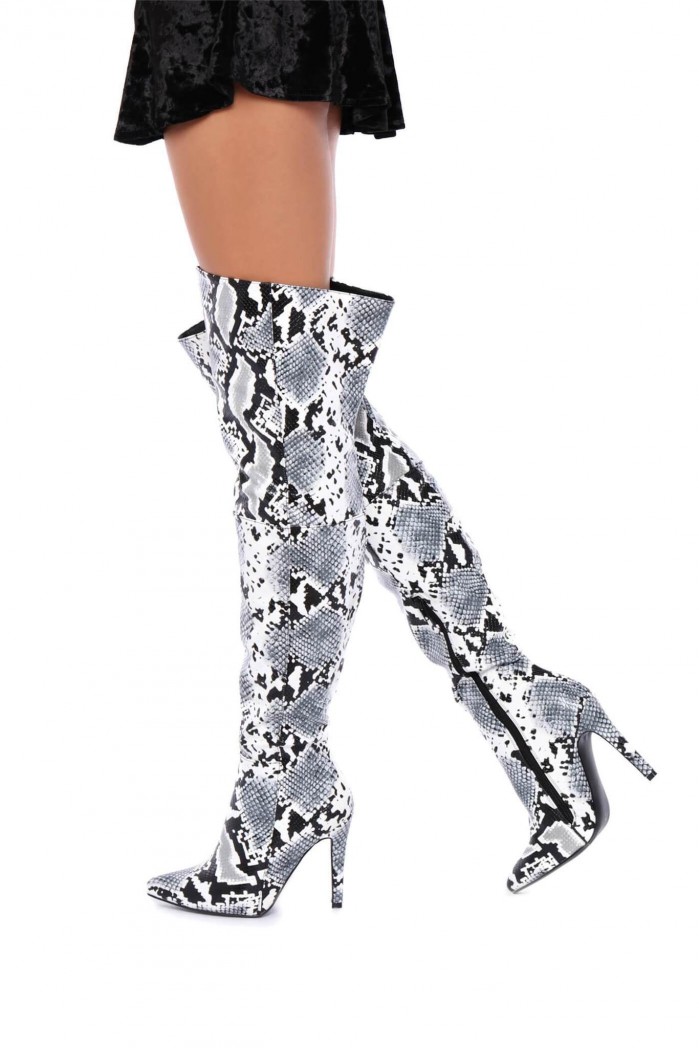 The boots are from I Saw It First (it would be rude not to wear something from the e-tailer at their party after all) and if you’re keen to copy Pascal, click ‘buy’ to snap them up now. 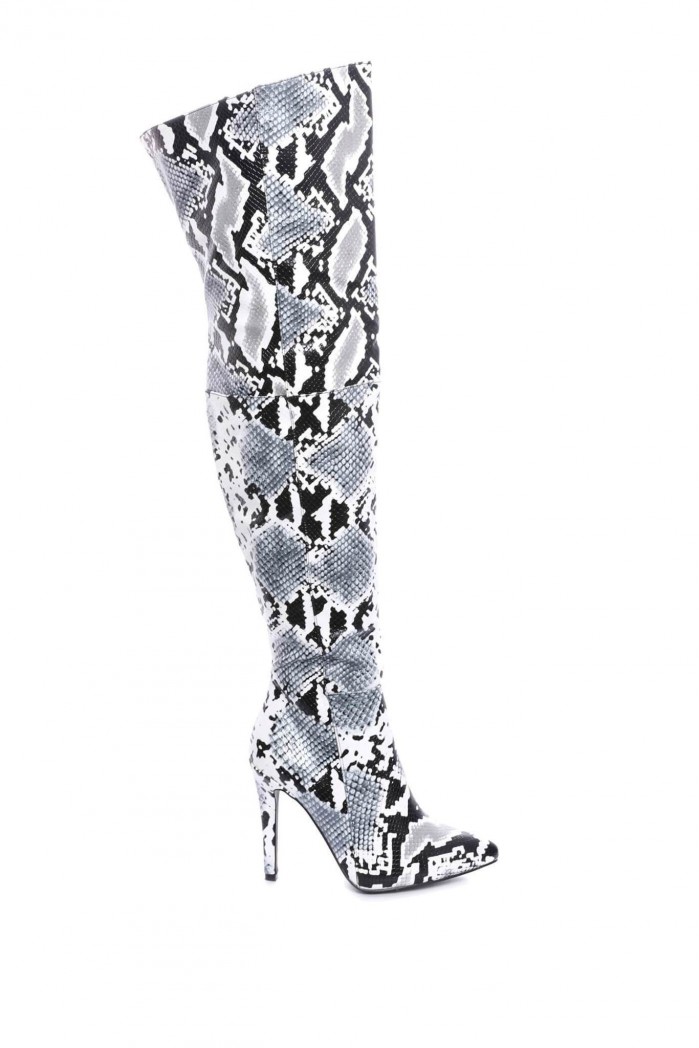 Thigh-high boots were huge last winter and it seems they’re here to stay this year. So why not get a new season update by choosing a pair in snake print? If you want to check out similar pairs to Pascal’s, head below to see our alternatives below: 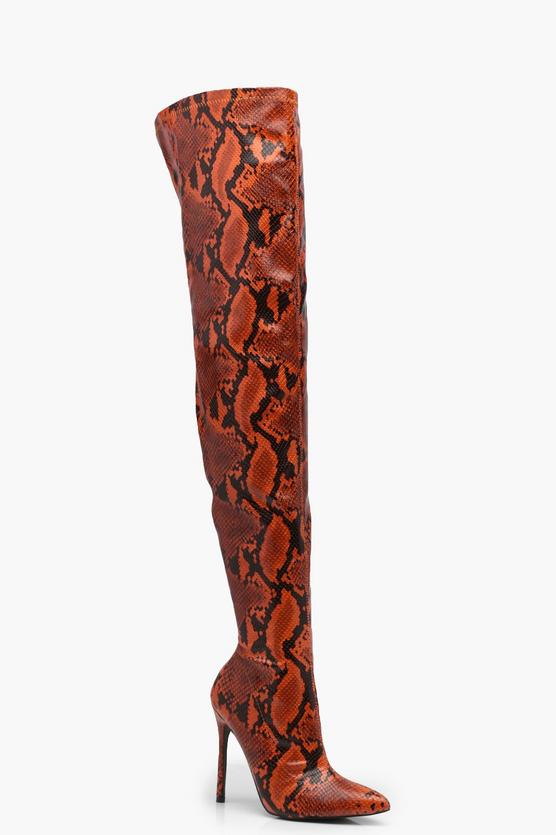 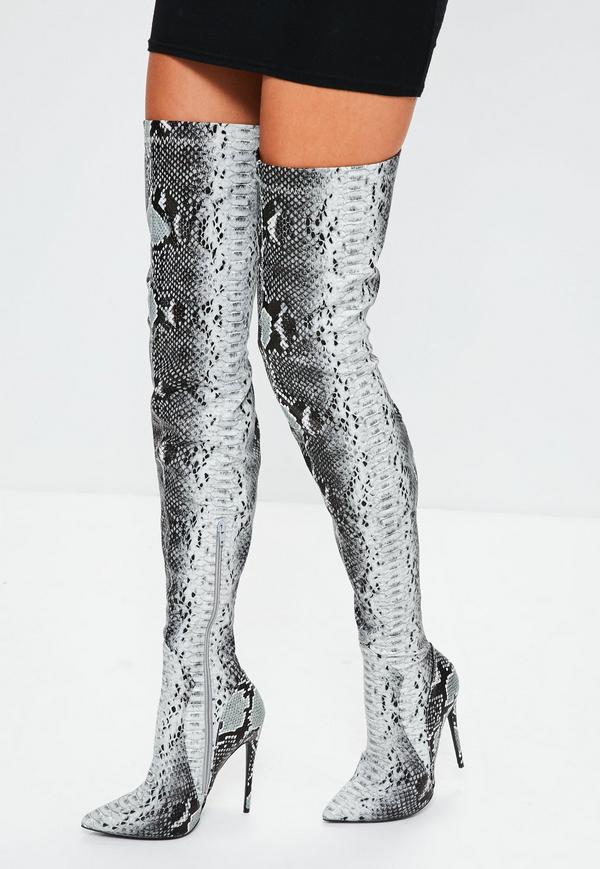