Aimee Preston, 28, is currently dating Aerosmith lead singer Steven Tyler ,68. She works as an assistant for him and is 11 years younger than Steven’s older daughter ,actress Liv Tyler. She and him made their public debut in February 2016 at Elton John’s annual Oscar Viewing Party for the Elton John AIDS Foundation. Rumors of them dating have started in 2014 when sources close to them stated that they are in the “early stage”.

It is reported that they live together in Los Angeles since March 2016. At that point they still tried to look professional ,but they really couldn’t keep it like that for long. They also lived together while Steven Tyler recorded his solo country album in Nashville. On Sunday they appeared together at Celebrity Fight Night at Cinecitta Studios in Rome, Italy. They joined to support the Andrea Bocelli Foundation and the Muhammad Ali Parkinson Center at the star-studded event.

They wore matching outfits to show their unity and love. Aimee looked elegant in white laser-cut shirt and skirt with soft make up and wavy curls ,while Tyler showed his feminine side as well in a white flowing dress with deep neck line paired with black trousers underneath. 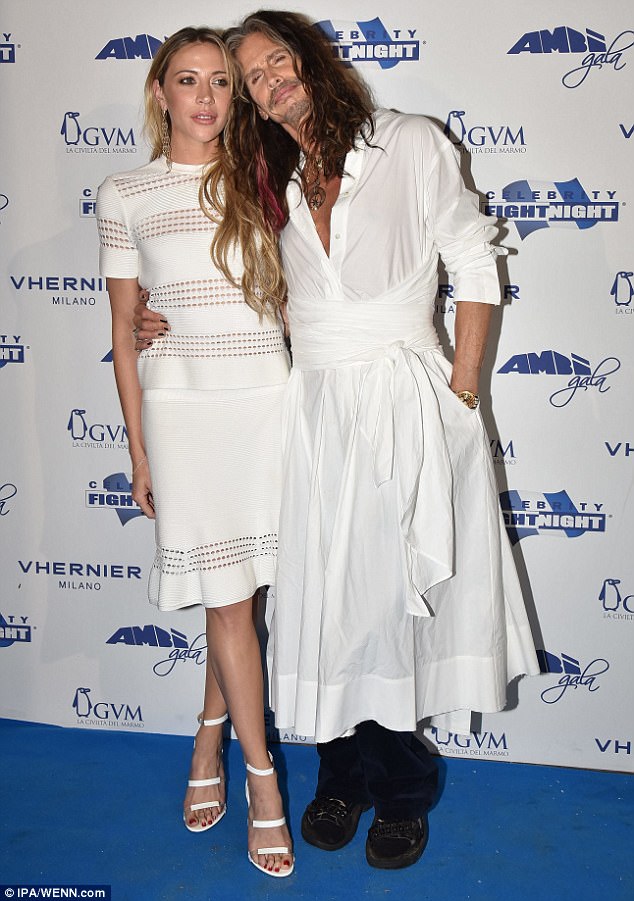 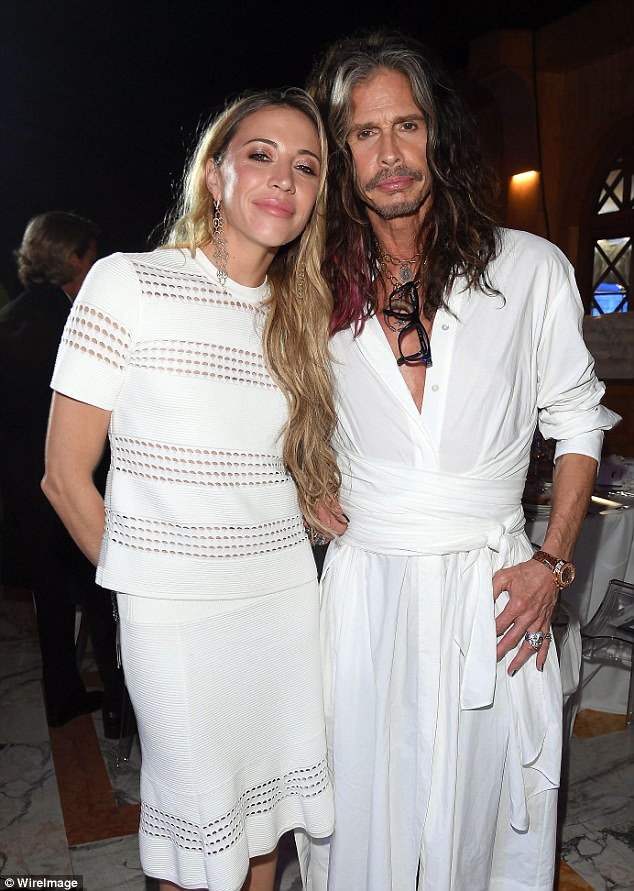 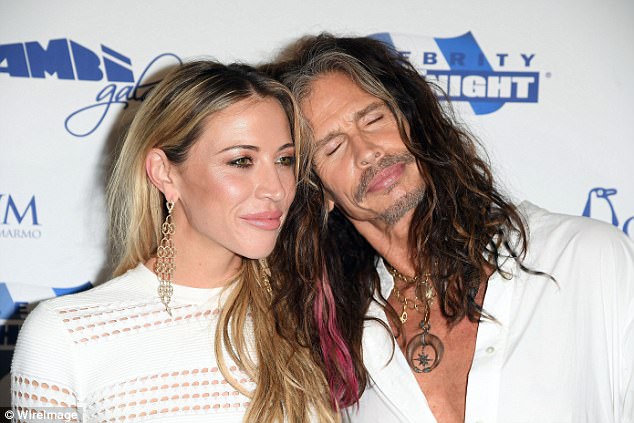 The Tamara Mellon Frontline strappy illusion heeled sandal was the focus of the outfit ,though. The unique model and since white is in trend, this pair is perfect to spice up your shoe collection and get out of the ordinary while still keeping it decent and classy. 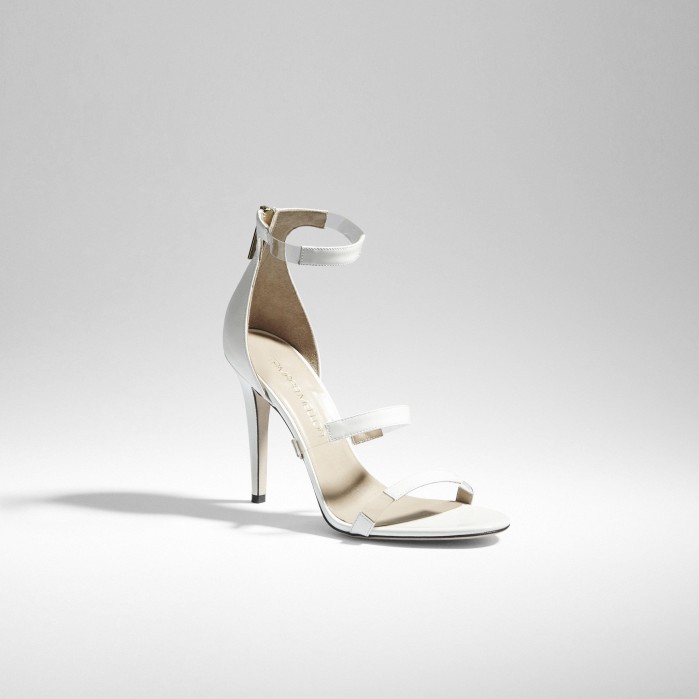 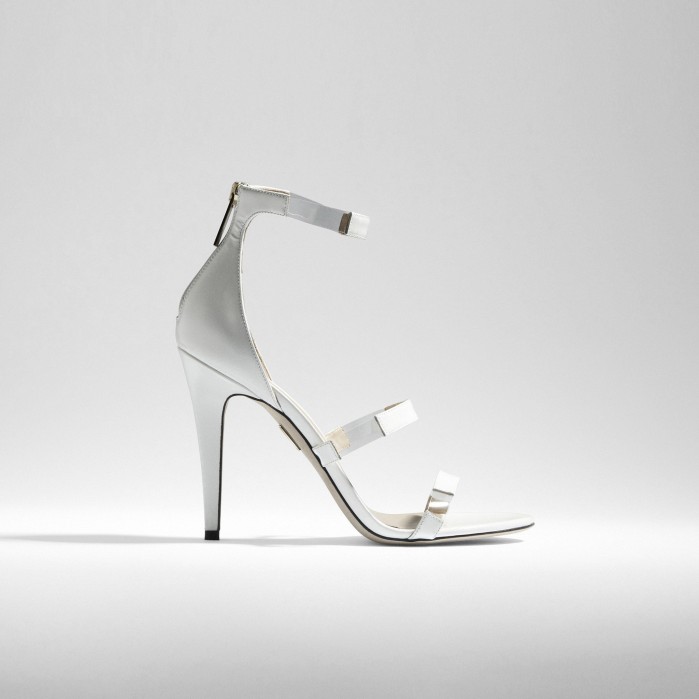 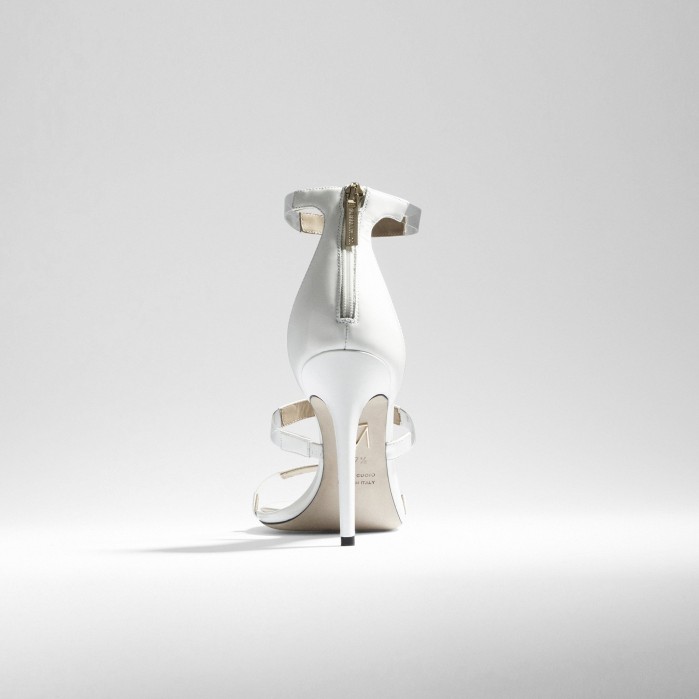 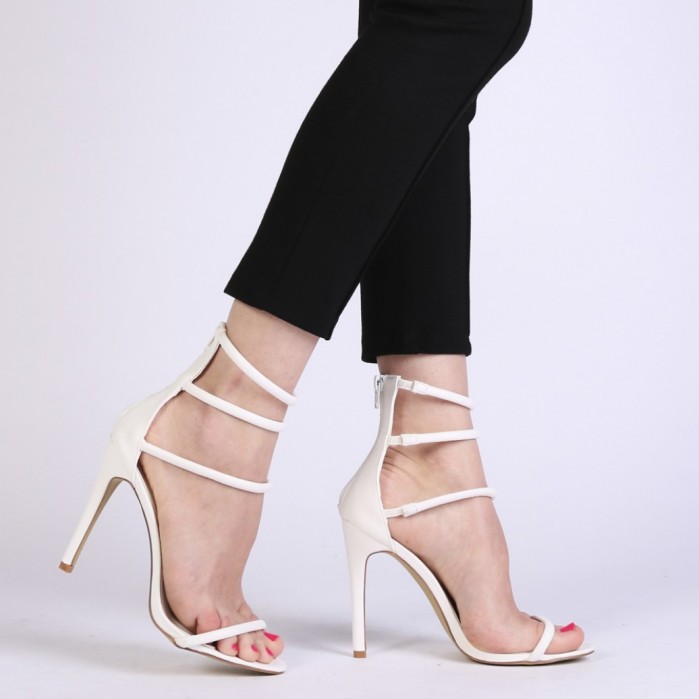