She’s gearing up for her return to competitive tennis later this month after a suspension. And Maria Sharapova certainly looked like she had honed her style game off the court as she enjoyed a night out at Madeo restaurant in Hollywood on Wednesday night. The 29-year-old Russian looked casual chic in a flowing white blouse, which was half tucked into a pair of figure-skimming jeans. 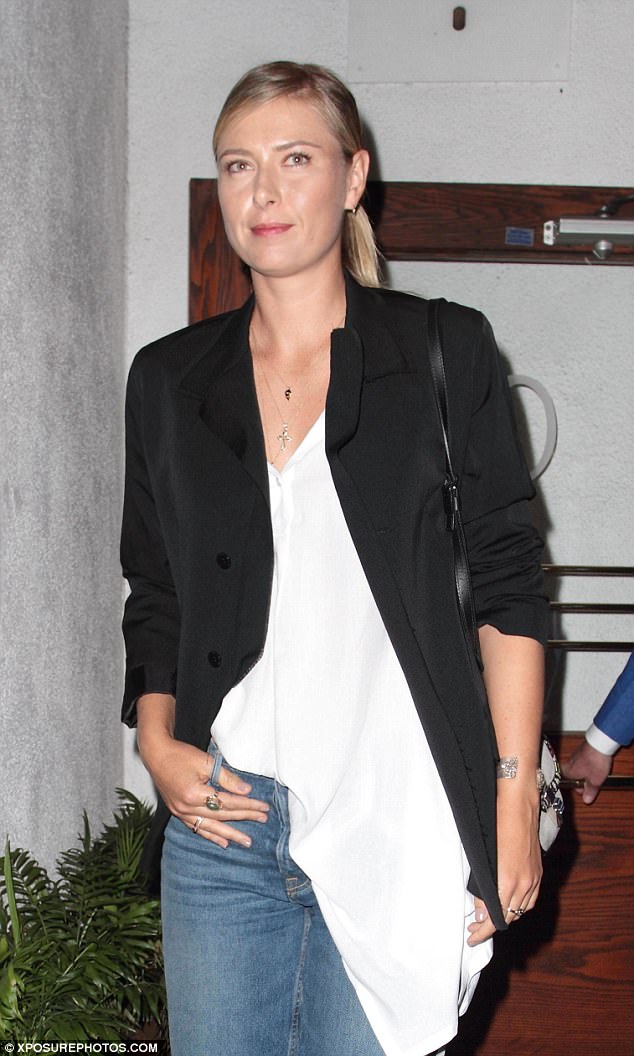 Despite opting for comfort, Maria still ensured to look sartorially savvy in her ensemble for the evening. Maria teamed her white top and ankle-grazing denims with a sophisticated black blazer, while a chic handbag was effortlessly draped over her shoulder. 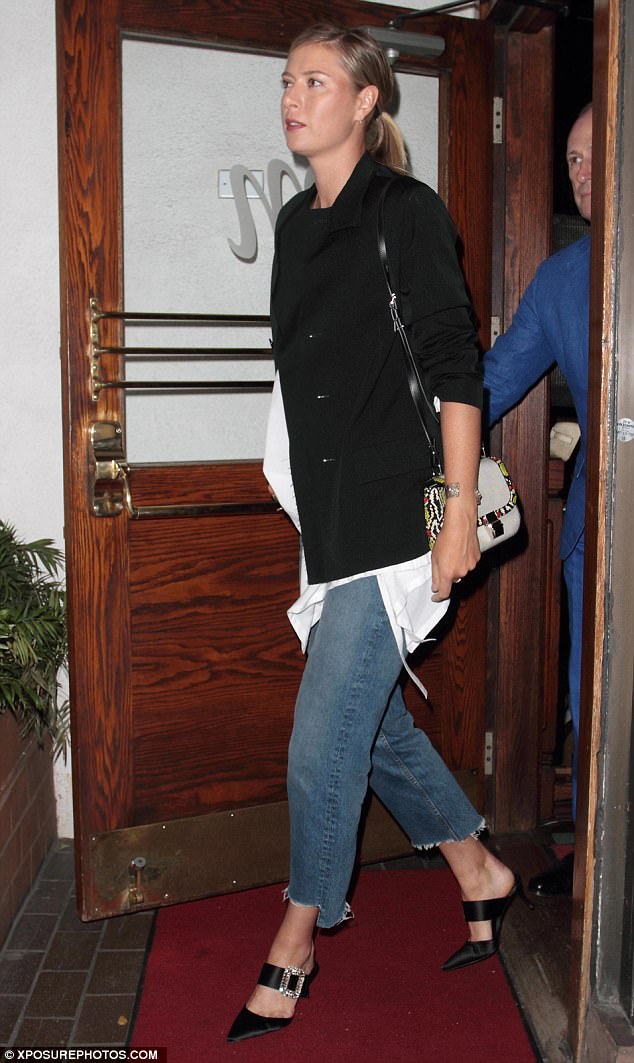 The tennis pro added inches to her statuesque 6 ft 2 in height with a pair of strappy black pointed heels. She embraced her naturally striking features by keeping her make-up to a minimum and pulled her blonde locks into a casual low ponytail. 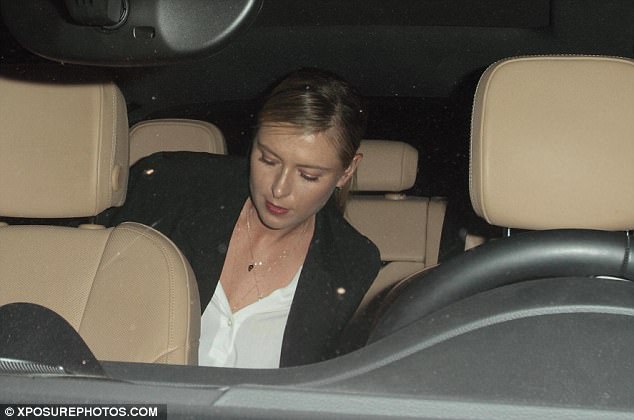 Maria has been serving out the term of a drug ban imposed by the International Tennis Federation in June, back-dated to January of 2016. She has not played professionally since testing positive for meldonium at the Australian Open in March 2016. She argued she had been using a Latvian-made heart disease drug under medical advice for a decade and had not realized it had been added to the World Anti-Doping Agency’s banned list on January 1, 2016. 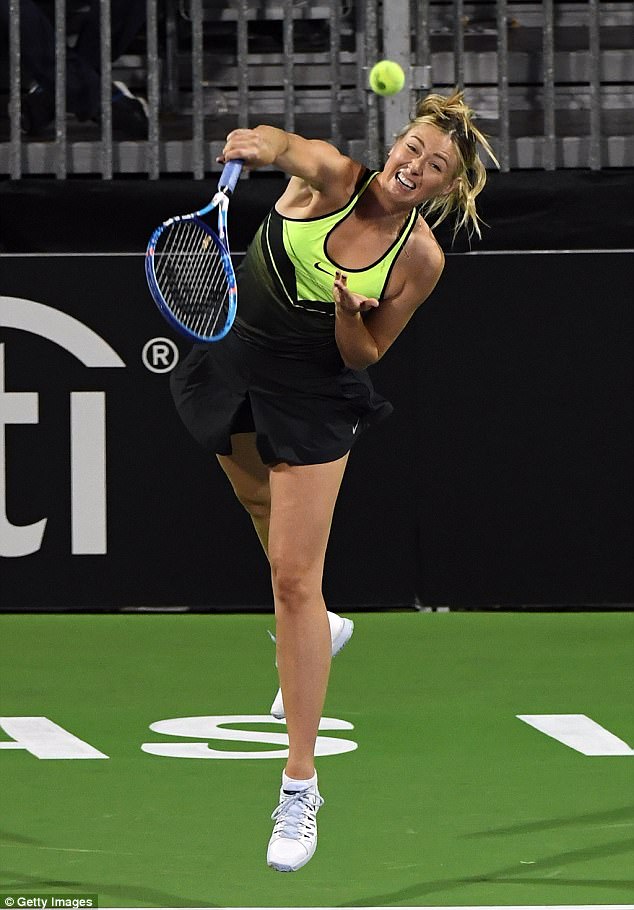 Maria has been serving out the term of a drug ban imposed by the International Tennis Federation in June, back-dated to January of 2016 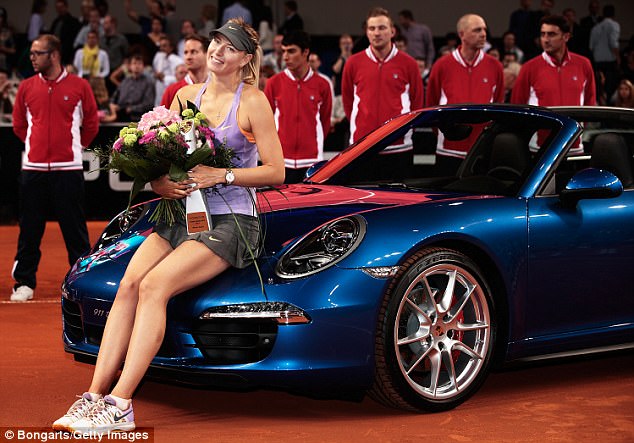 But an ITF disciplinary panel dismissed this explanation, pointing out meldonium had been on WADA’s ‘watch list’ of controversial drugs for over a year and there had been numerous warnings to athletes about it becoming prohibited in late 2015.  However, the Court of Arbitration for Sport (CAS) subsequently reduced the length of her suspension from two years to 15 months making her eligible to start playing professional tennis again from April 25.

The five-time Grand Slam winner confirmed in January that she will make her professional return on April 26 at the Porsche Tennis Grand Prix in Stuttgart, Germany, after being granted a wildcard to the tournament. 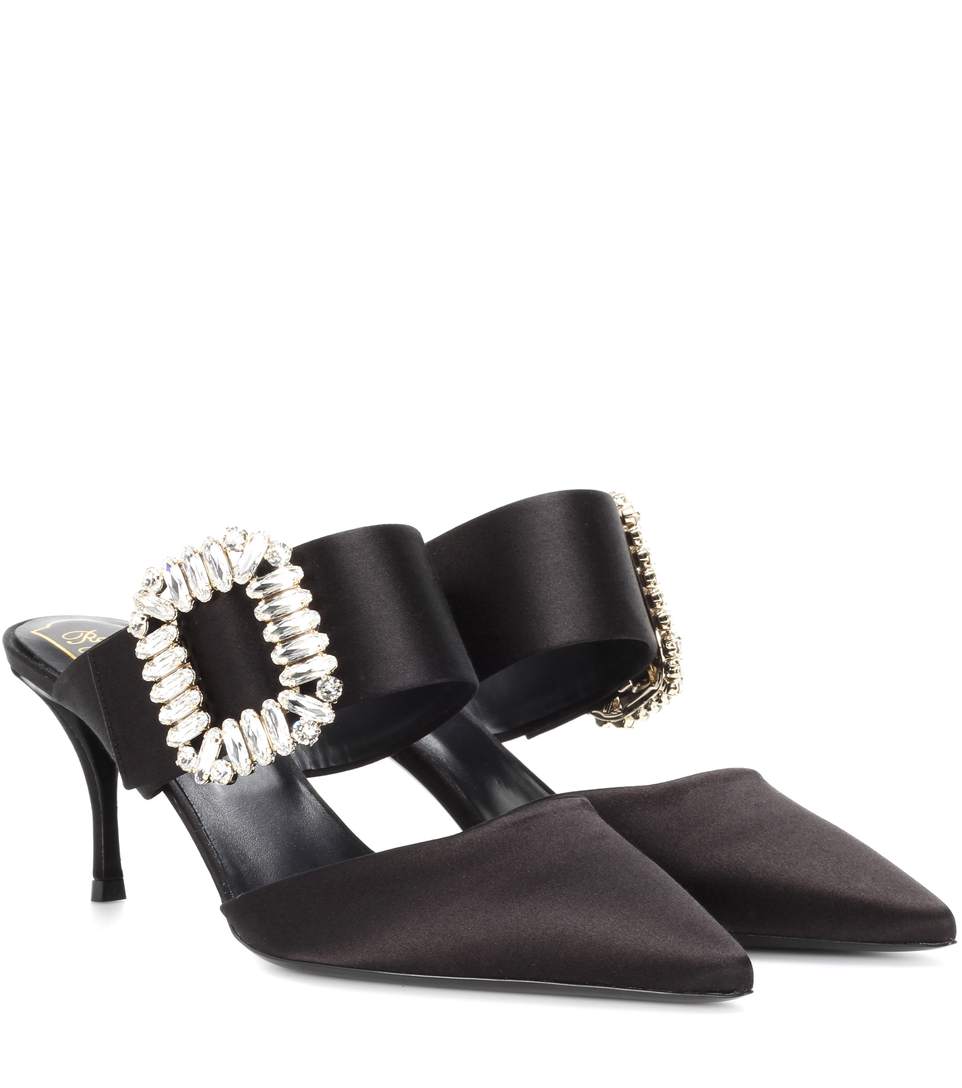 Make a sophisticated evening impression with Roger Vivier’s satin mules. The point-toe style in classic black features the label’s signature buckle covered in shimmering crystals. The insole is crafted from leather for an ultra-comfortable feel – wear yours as the finishing touch to black skirt looks. 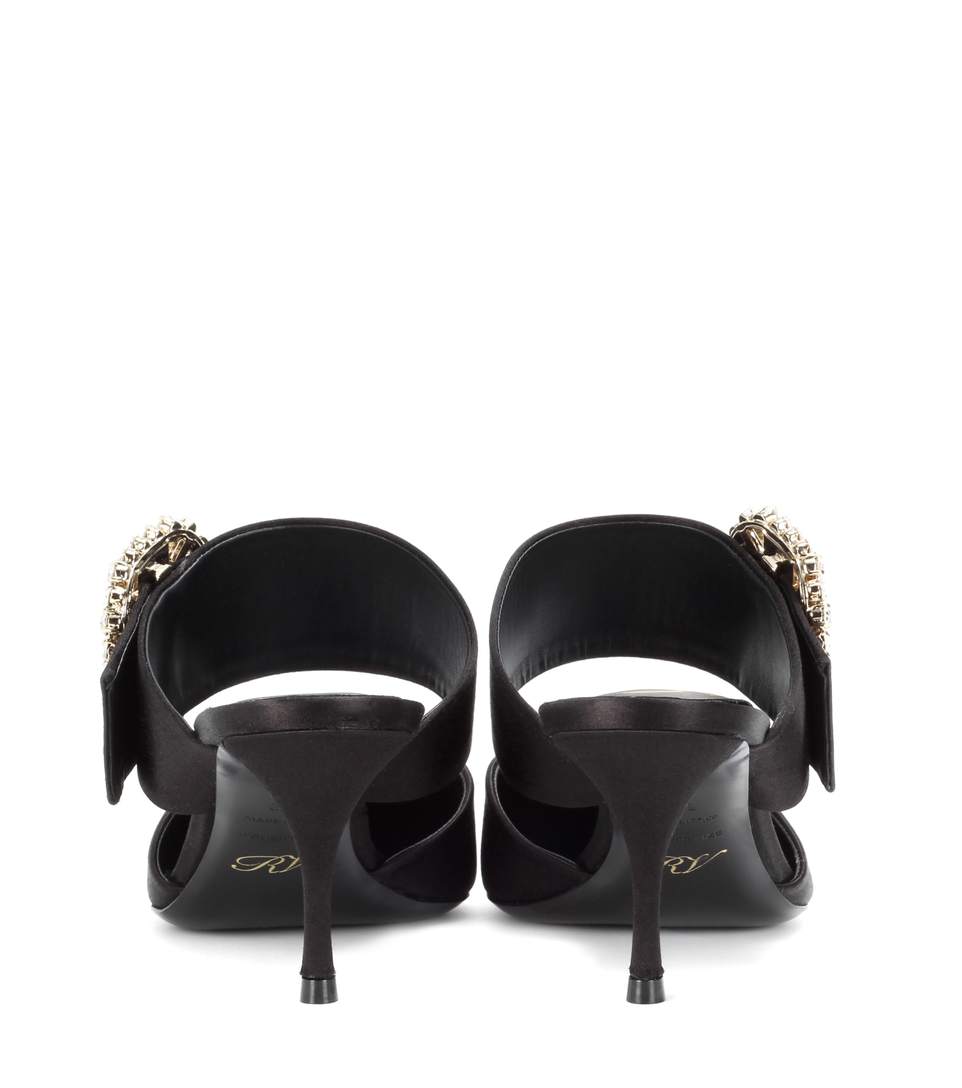 We love the double strap and pointed design, and of course the bling-tastic embellishment that adds a glam spin. 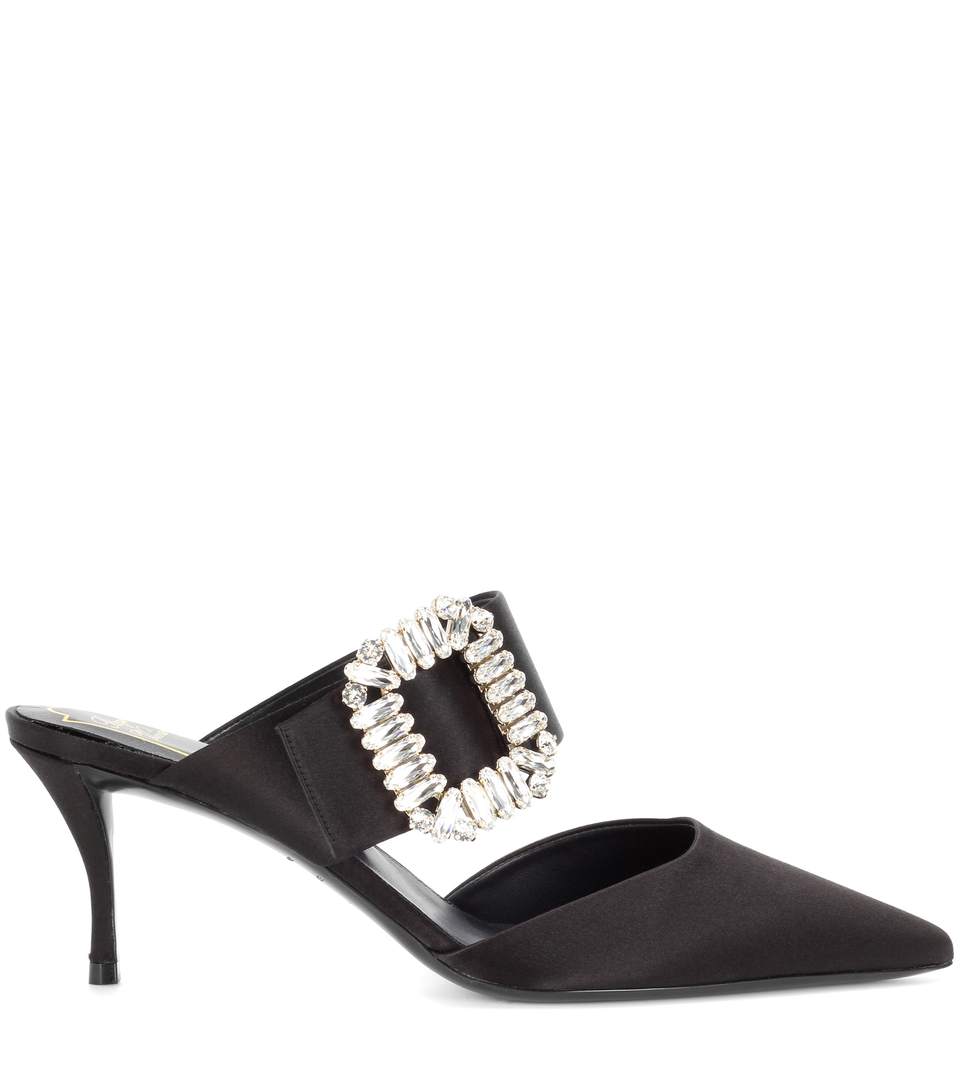 Fancy splashing out? Click right to make like Maria and snap up these Carrie Bradshaw-worthy shoes for yourself. Or if you don’t want to blow your budget, have a look at our edits below: 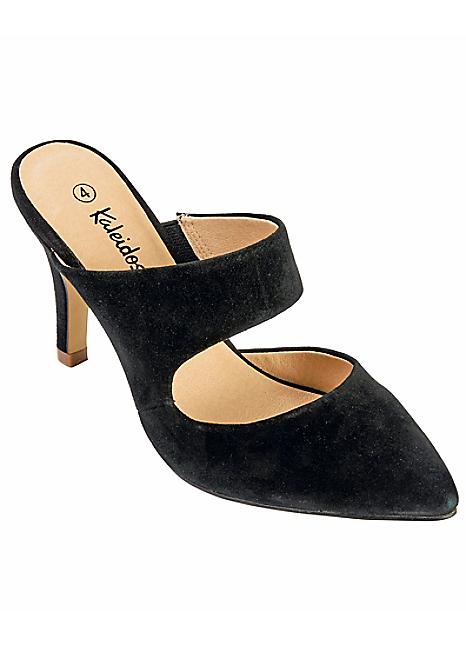 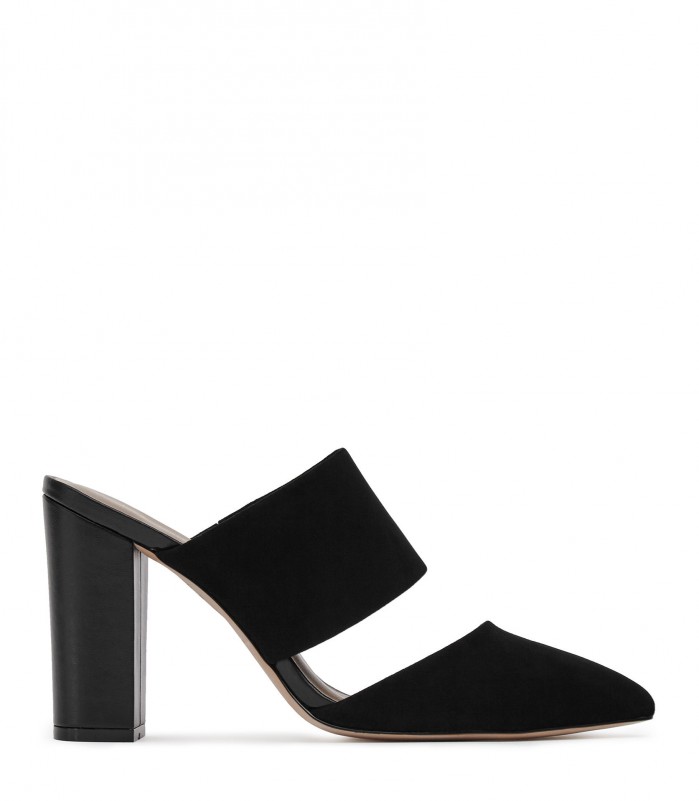