Sarah Jessica Parker doesn’t agree with Kim Cattrall’s claim that the two were never friends, only colleagues — and in fact, she was pretty hurt when her Sex and the City co-star said as much. The 52-year-old spoke about the public feud on Watch What Happens Live with Andy Cohen on January 31, and appeared to be genuinely let down by Cattrall’s comments last fall. ‘I found it very upsetting because that’s not the way I recall our experience,’ she told Andy, adding that she was ‘heartbroken’ after reading what Kim had said. 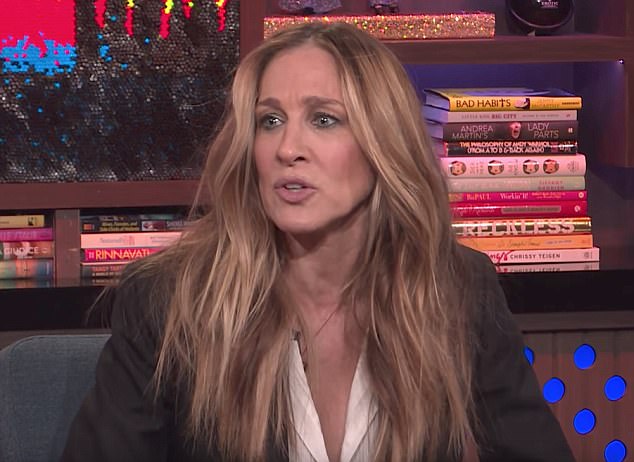 Last October, Cattrall appeared on the ITV show Life Stories with DailyMail.com Editor-at-Large Piers Morgan and offered her take on the SATC gang. When asked if they were friends in real life, the 61-year-old was clear. ‘We’ve never been friends. We’ve been colleagues and in some ways it’s a very healthy place to be because then you have a clear line between your professional life and relationship and your personal,’ she said. Her comments came after DailyMail.com exclusively revealed that plans for a third Sex and the City movie had been shelved over claims that Cattrall had made several  ‘outrageous’ demands of the studio just weeks before filming was due to begin. Cattrall then hit back during her interview with Piers, insisting she simply hadn’t wanted to do a third movie, and claiming that she had ‘never asked for any money or any projects’, while also commenting on her professional relationship with each of the other three stars of the hit series. 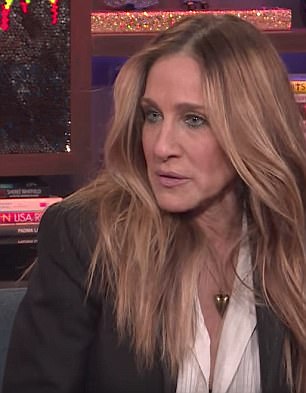 However, while Cattrall had been seemingly candid and unemotional while discussing the lack of real friendship between herself and her castmates, Parker looked troubled when Andy mentioned the interview on-air on Wednesday night, recalling that she had been upset about it ‘that whole week’ and had spoken about it to a number of friends. 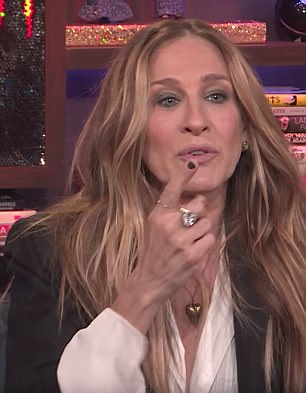 It’s sad, but… I always think that what ties us together was this singular experience,’ she said. ‘It was a professional experience but it became personal because it was years and years of our lives, so I’m hoping that that sort of eclipses anything that’s been recently spoken. ‘That many years spent doing something so special that people had a connection with it is such a privilege,’ she added. Cattrall’s comments were made in reaction to news that a Sex and the City 3 movie had been axed due to Cattrall’s outrageous demands — which Cattrall denied. 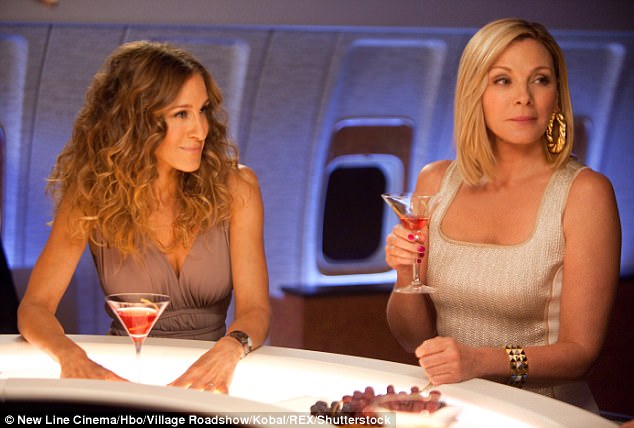 But according to Parker, Sex and the City 3 isn’t necessarily off the table for good, and may come back in a different way. It’s been suggested that Cattrall’s character Samantha Jones could be recast, with some suggesting Sharon Stone could play the part. Parker admitted that Stone was ‘a really interesting idea,’ but also suggested that Samantha could be removed from the series altogether. ‘I think once everybody has thoroughly experienced the grieving process, then Michael Patrick King can go back and sort of ponder what he might want to do and how he might want to proceed,’ she said in response to whether they might simply kill Samantha off. 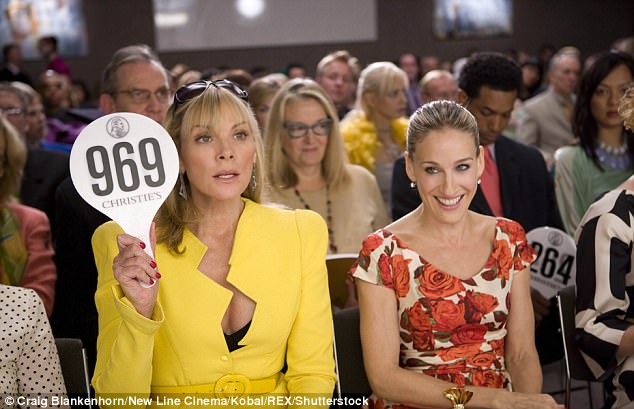 ‘That’s the most clear answer I’ve given yet.’  She also joked that Andy was the most-likely talk show host to play the part, should it be recast. ‘I’m willing to go on the record and say that I think… you’re more suited, certainly, than Stephen Colbert and I don’t know that Ellen’s actually interested, she might have passed. So by default, it’s yours!’ she said. Cattrall initially turned down the opportunity to reprise the role of Samantha in the third movie back in December 2016. ‘I remember so clearly making that decision,’ she has said. ‘I got a phone call and it was concerning that and I knew exactly, I could feel it, and the answer was simply, “Thank you but no, I’m good.”‘During and interview with Piers Morgan in October, the TV personality questioned Kim over whether it was true that filming stopped because she was an ‘impossible diva making terrible demands’. 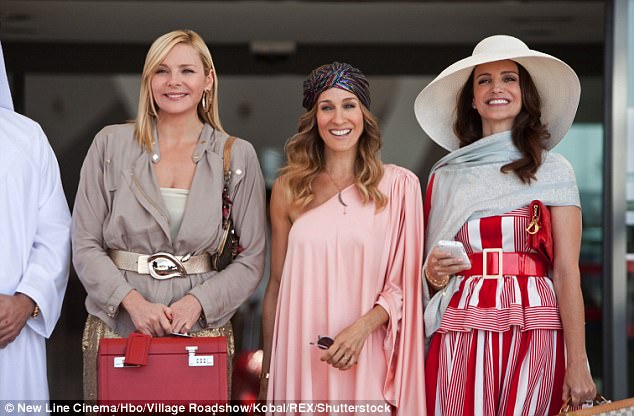 ‘To get any kind of negative press about something that I’ve been saying for almost a year of “no” that I’m demanding or a diva, and this is really where I take to task the people from Sex and the City and specifically Sarah Jessica Parker is that I think she could have been nicer,’ Cattrall replied. ‘I really think she could have been nicer. I don’t know what her issue is. ‘I think the thing that still bothers me is this feeling of being in some way made to be the baddie. I never asked for any money, I never asked for any projects, to be thought of as some kind of diva is absolutely ridiculous.’  This wasn’t the first time that Cattrall had commented on her relationships with her co-stars, nor was it the only time in the show’s history that there appeared to be tension amongst the co-stars. In September of 2004, after fans noticed that Cattrall sat far away from her co-stars at the Emmys, she explained: ‘Are we the best of friends? No. We’re professional actresses. We have our own separate lives.’ 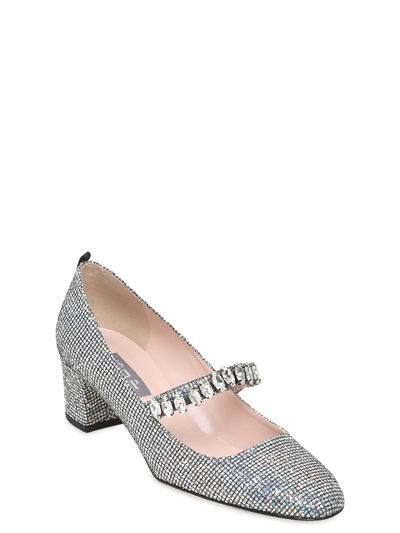 Sarah Jessica Parker is renowned for her style and, without a doubt, her shoe collection! Whether she’s playing Carrie Bradshaw or simply giving us a glimpse at her off-duty style, you can guarantee that SJP will always be wearing a beautiful pair of heels. No wonder she launched her own shoe collection! 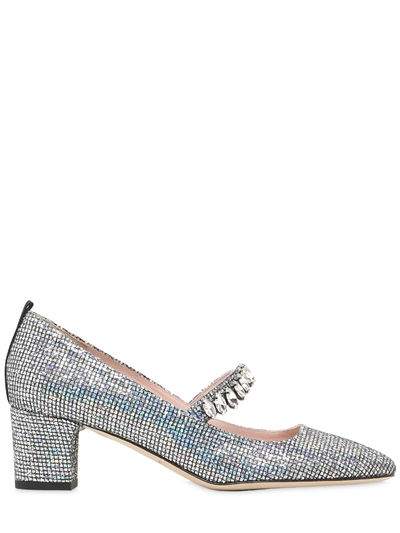 Stepping out earlier today for an appearance on Watch What Happens Live, SJP stunned in a cropped jeans teamed with a loose-fit white shirt and tuxedo blazer, and of course finished off with a pair of shoes from her eponymous collection SJP by Sarah Jessica Parker. 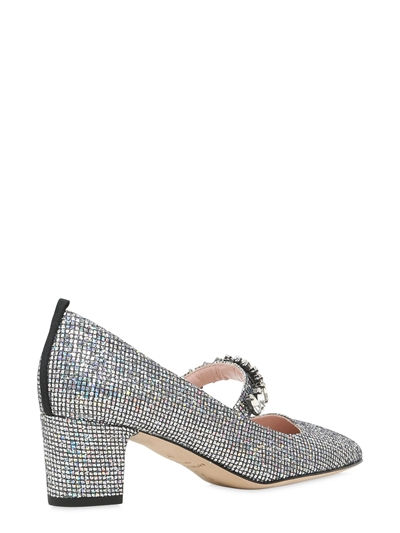 Named the ‘Nirvana’ heels, we love these sparkly beauties! Sadly you can’t buy this exact pair (they’re sold out!) but click right snap up a super similar SJP style that are still available to buy. Alternatively, be twinkle toes like Sarah with our picks below from Head Over Heels, J Crew and more. 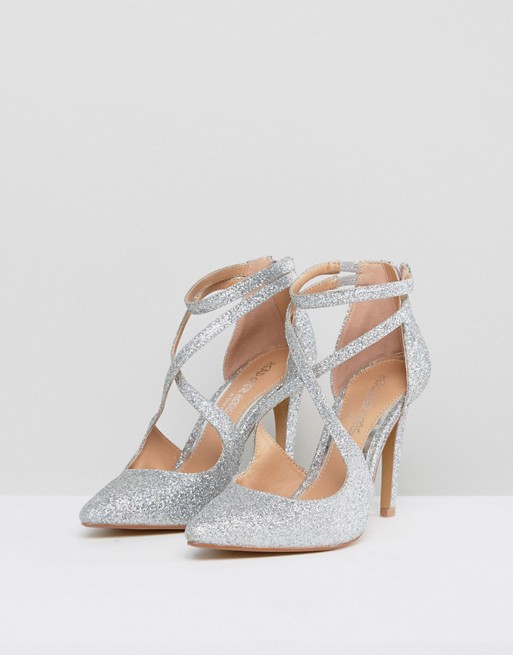 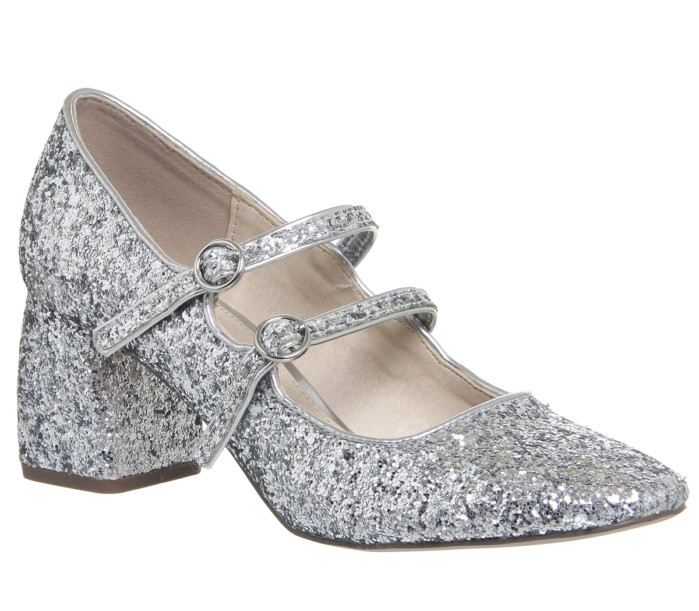