The America’s Next Top Model confirmed last month that she will be replacing Tyra Banks at the hosts for the 23rd season, premiering this autumn on VH1. 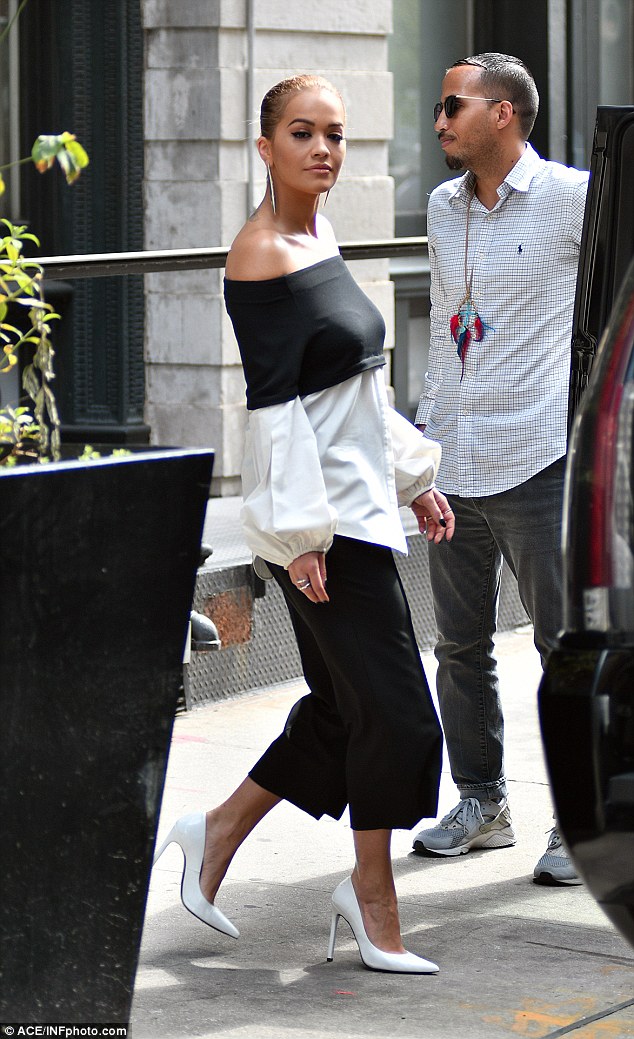 Rita, upped her style game during the filming of rebooted series of ANTM making satorial statement as she stepped  0ut in New York on Friday.

The 25-year-old pop princess nailed the monochrome trend in smart black and white separate, pulling off business chic with a twist.

She donned a pair of smart, cropped black trousers, rounding off the look with white stilettos. Rita highlighted her eyes with smoky bronze shadow and plumped up her pout with nude lipstick. 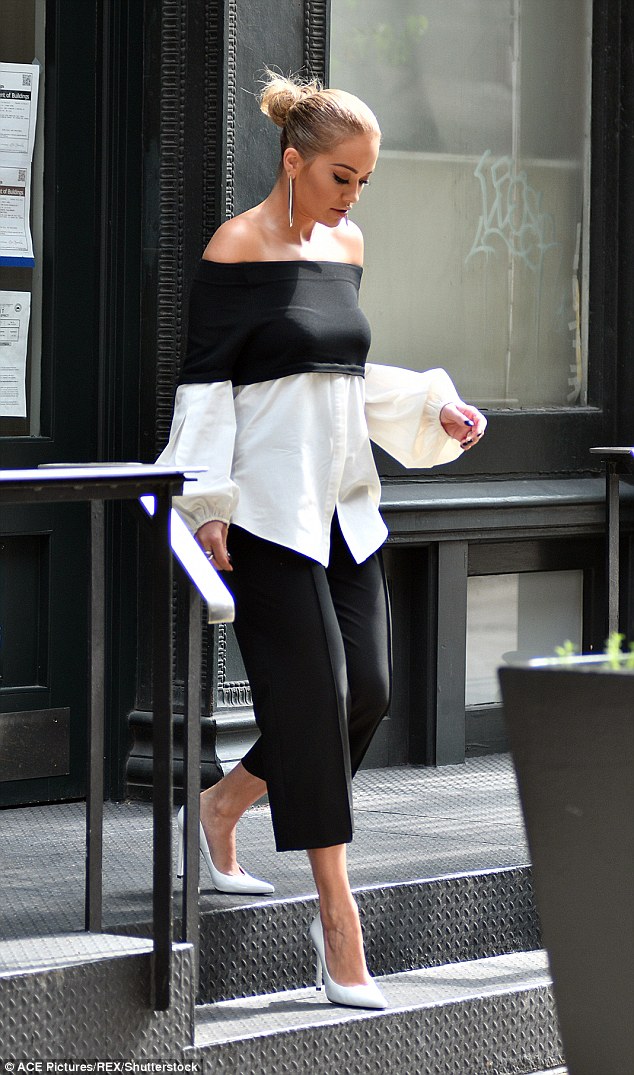 The Black Widow hit-maker upped the glamour by pulling her blonde locks up in a chignon, and accessorised with statement silver drop earrings.

Unless you’ve been living under a rock for the last year, you’ll probably know that lace up shoes are big news this season! And for summer it’s all about the lace up sandal of course. 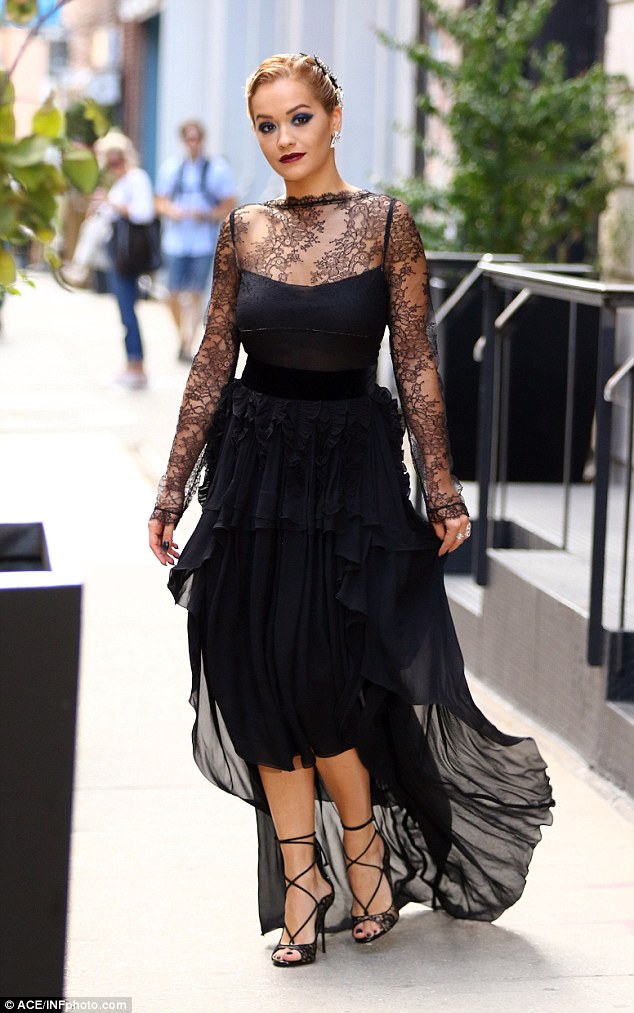 Aside from her new TV role, Rita is back in studio after battling her former record label Roc Nation to be released from her contract following her debut album Ora in 2012. 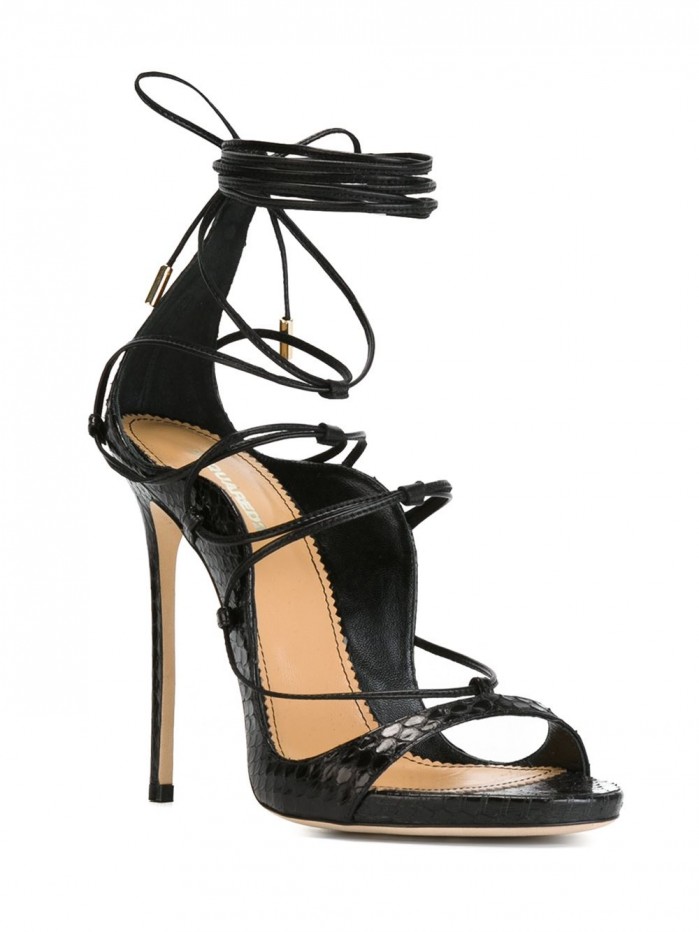 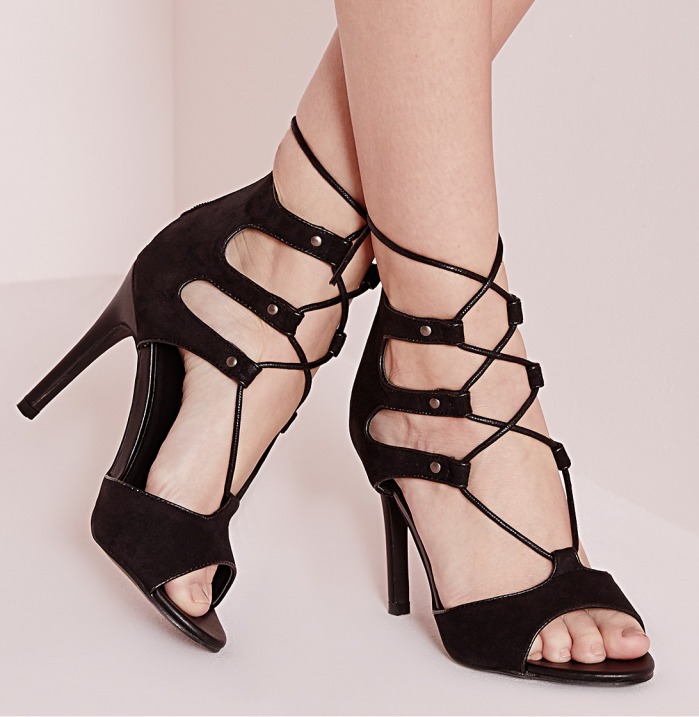 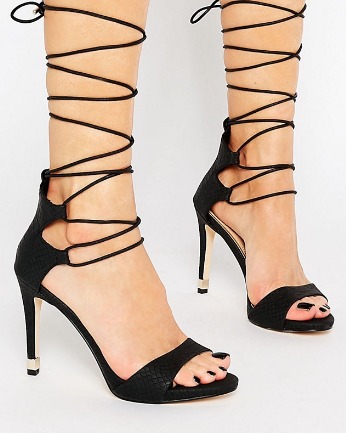