On Thursday night, the 28-year-old singer was spotted looking chic in a baggy pale grey ensemble and sunglasses as she headed to the Manhattan nightclub Up&Down.

The Rihanna was celebrating the birthday of Richie Akiva, Up&Down’s owner

Rihanna’s onstage costumes prove her ability to catch the eye, but her signature flair doesn’t desert her offstage either. 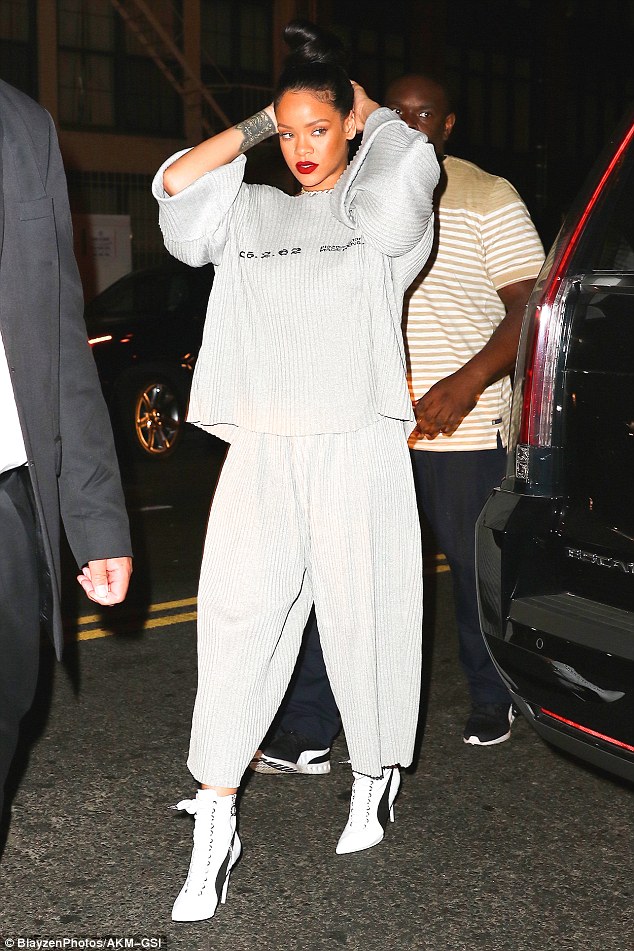 The Anti singer’s voluminous pleated top fell off the shoulder and bared only the faintest hint of cleavage.

A pair of matching trousers were cut off high enough to showcase her white high-heeled boots. She augmented the look with a boxy Louis Vuitton bag.

Her black sunglasses featured black and white striped rims, and her hair was furled into a tight bun for her stop at the West Village hot spot. An intricate choker encircled her neck, along with a gold pendant. 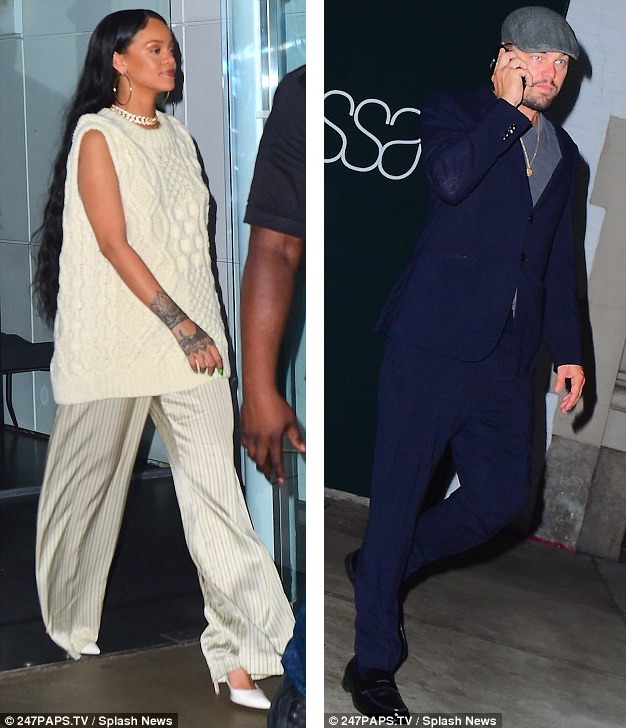 Another celebrity spotted leaving the party was the The Wolf Of Wall Street star, who wore a navy suit over a pale blue T-shirt. In the accessories department, he picked a grey newsboy cap and gold necklace.

Though, in the past, the 41-year-old hunk and the Barbadian bombshell have been repeatedly rumoured to be a couple, they’re both now with other people. 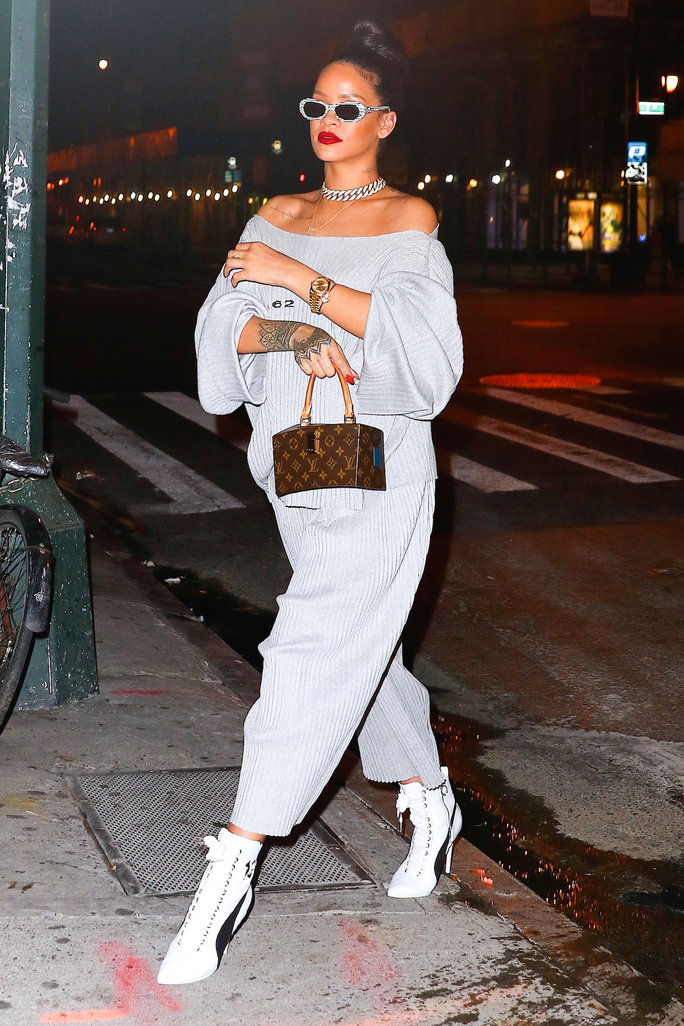 Rihanna is currently dating Drake, who gushed about her in a lengthy oleaginous speech as he presented her with the Michael Jackson Video Vanguard Award at the MTV Video Music Awards last month.

Meanwhile, at the moment, Dicaprio is with Nina Agdal. Neither the Canadian rapper nor the Danish model was seen at Butter on Thursday night. 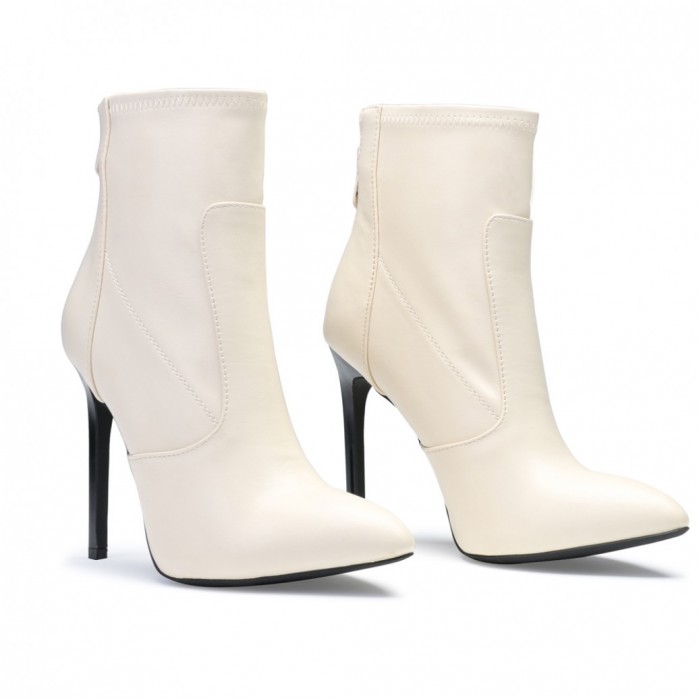 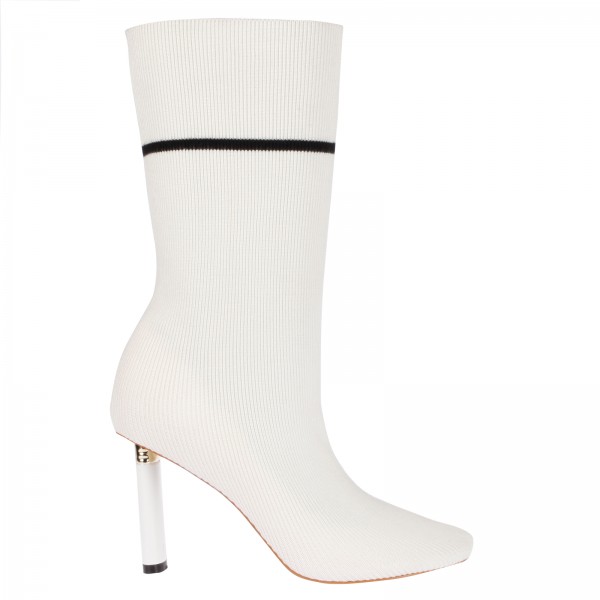 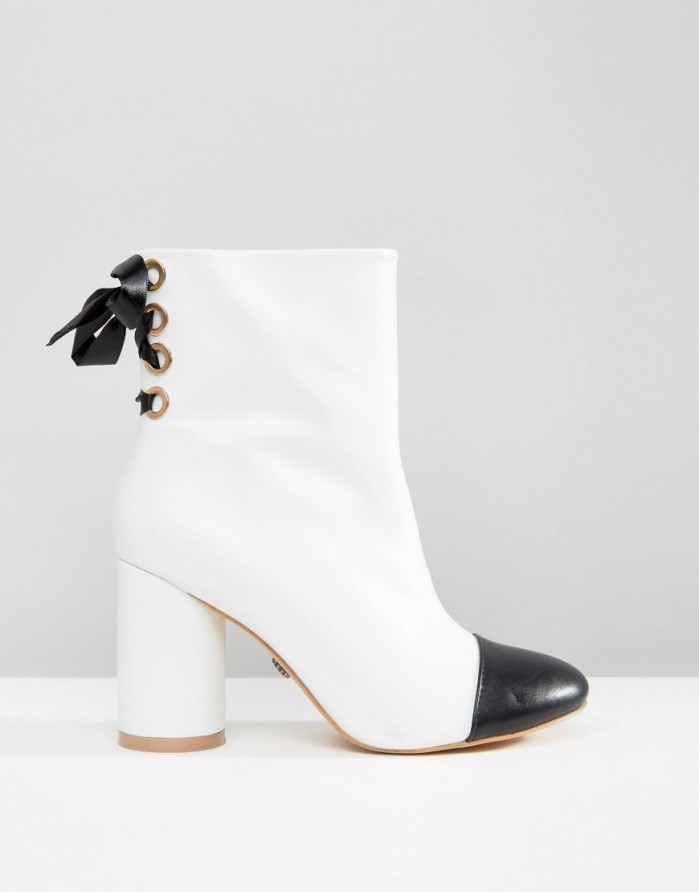