Reality star Binky Felstead was in Manchester on Thursday, In The Style fashion Range

Reality star Binky Felstead was in Manchester on Thursday, In The Style fashion Range

The Made in Chelsea star, 26, turned heads in bardot floral mini dress that showcased her svelte physique.

Her grey ankle boots elongated her never-ending golden legs as she strolled to the studio carrying a white and gold Chanel bag.

With her customary heavy dose of liner, eye shadow and foundation applied, she let her highlighted brown locks drape over her shoulder. 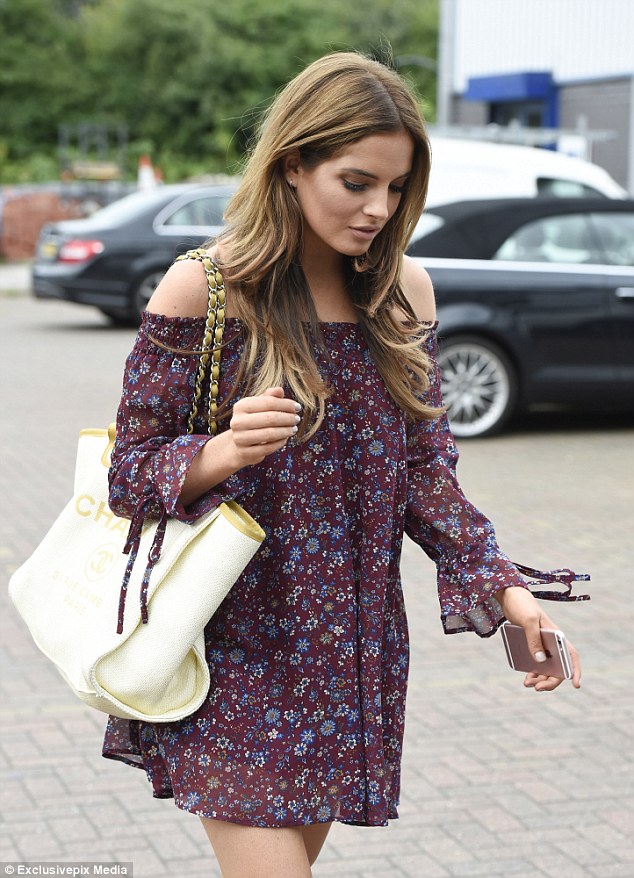 When in the studio, Binky modelled a zig-zag patterned dress, holding her hair back and staring at the floor for one shot.

She’s used to partying the night away in her stomping ground of Chelsea.

But Binky Felstead was in Manchester on Thursday, modelling for her latest In The Style fashion range. 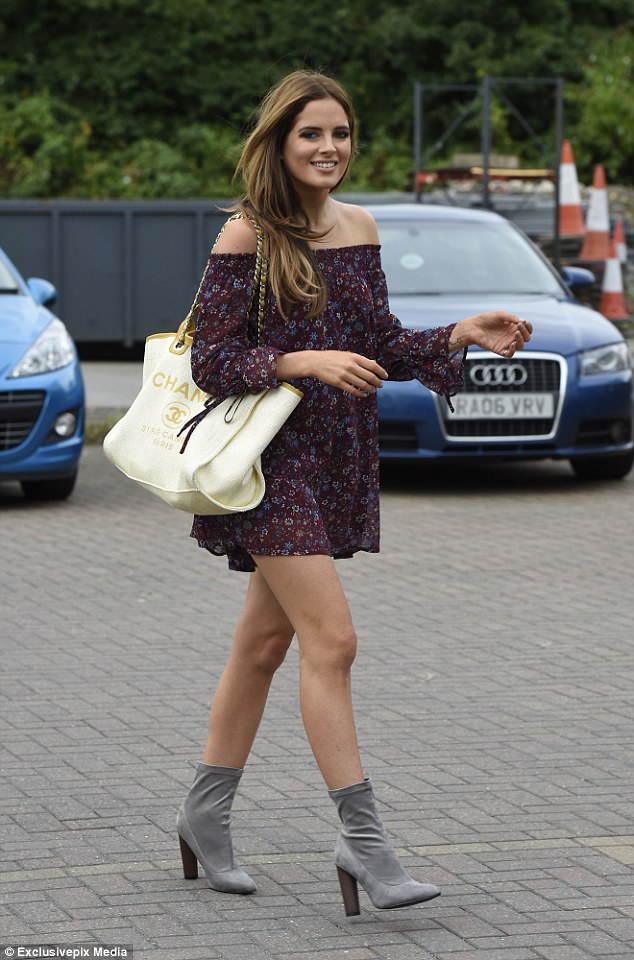 In another snap, the fun-loving gal raised both arms into the air and pouted for the camera before changing into a loose black minidress with a plunging neckline.

Her fashion range features alongside those of Geordie Shore star Charlotte Cosby and Towie babe Billie Faiers for In The Style. 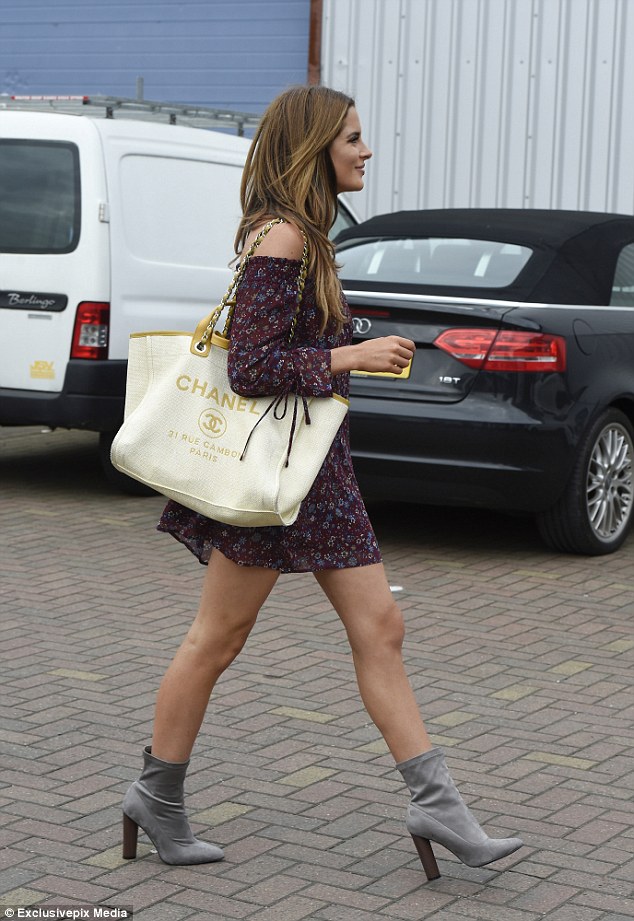 The day before the shoot, The Made In Chelsea star showed up to London nightspot Embargo where co-star Alex was playing a DJ gig on Wednesday night, with the two showing off their moves in a fun Instagram shot.

Binky dressed in a simple strapless black dress for the night out in her familiar stomping ground of Chelsea.

The MIC favourite kept comfy, swapping her heels for glitzy flats, while a large shoulder bag was the finishing touch. 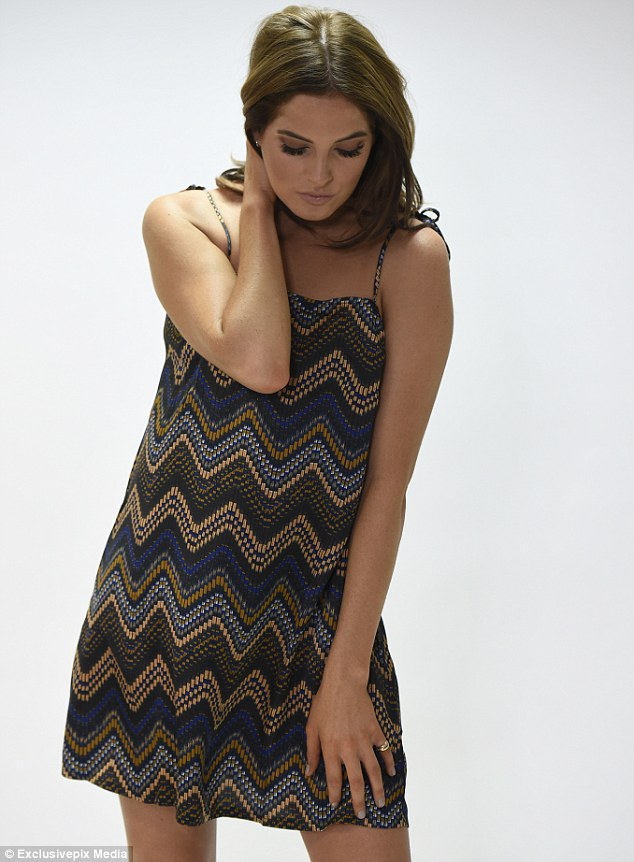 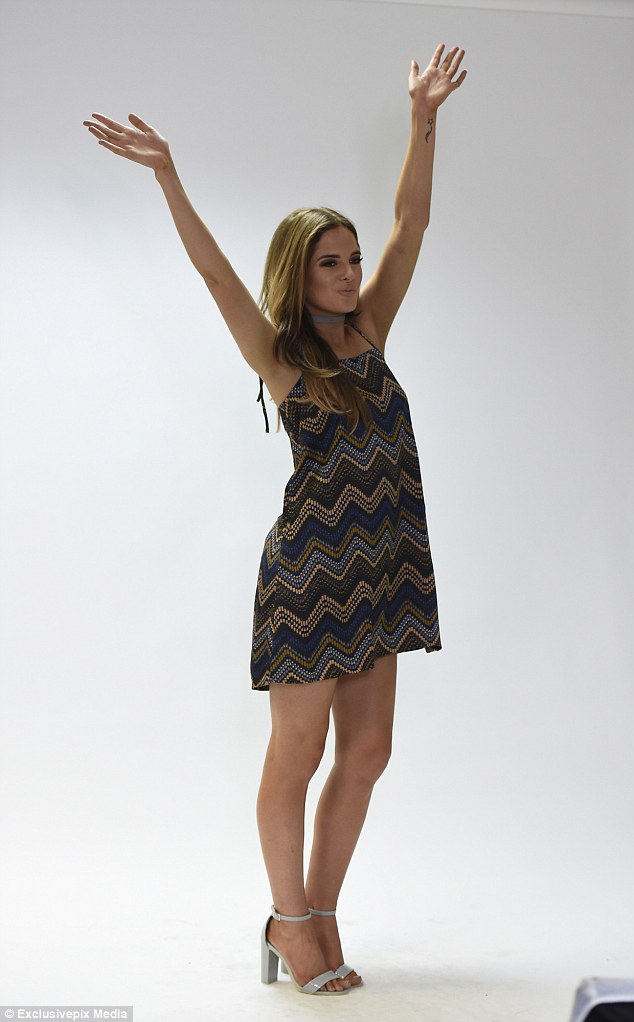 In keeping with her dressed down look, Binky kept her makeup simple, showing off a bare-faced look as she left the club.

The star certainly seemed to party hard, sharing a fun Instagram shot of her and Alex celebrating after his DJ stint alongside the caption: ‘When the ex has done his hard grafting….’ 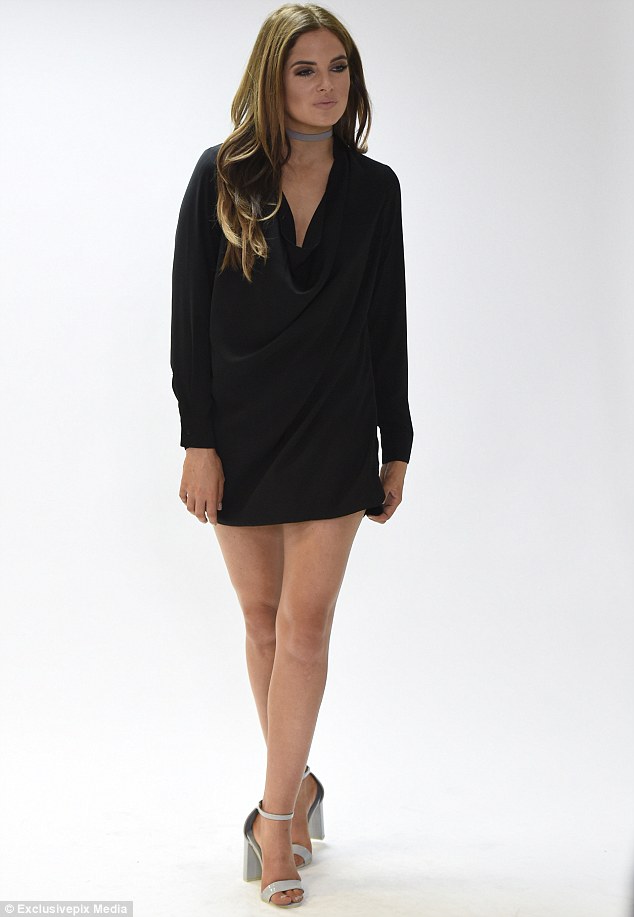 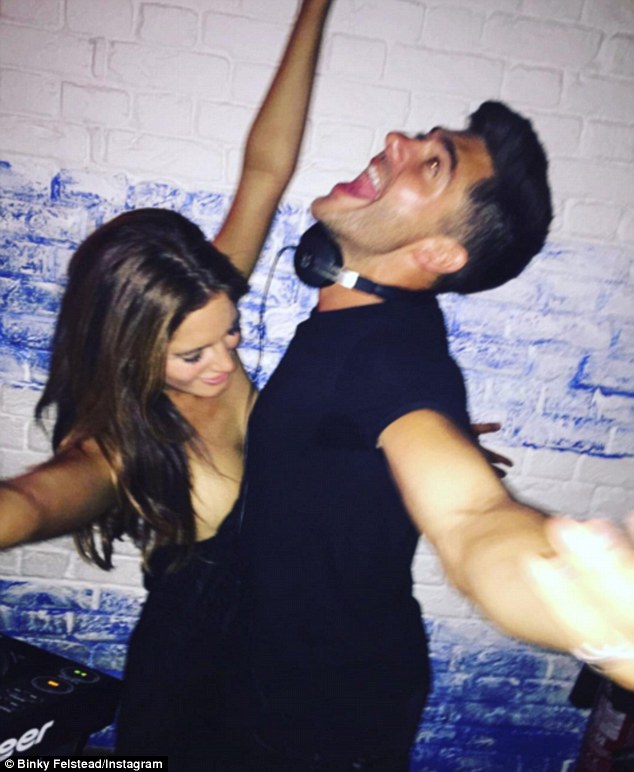 Binky and Alex had a tumultuous romance back in 2014, finally splitting for good after the MIC hunk cheated.

Alex is single yet again after calling time on another rollercoaster relationship with Nicole Hughes this summer, with MIC viewers seeing the lothario dump his girlfriend of two years by text after sleeping with Olivia Bentley during their summer jaunt to the South of France. 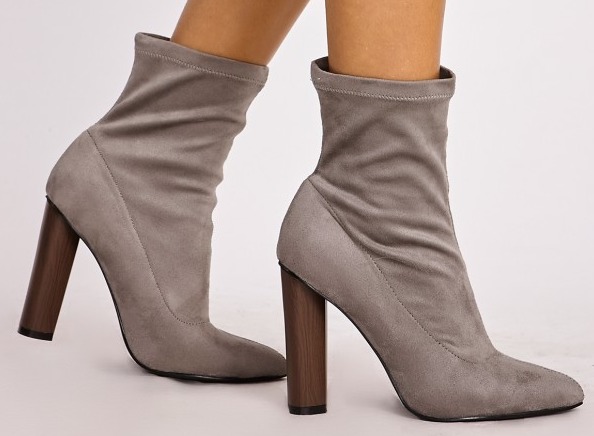 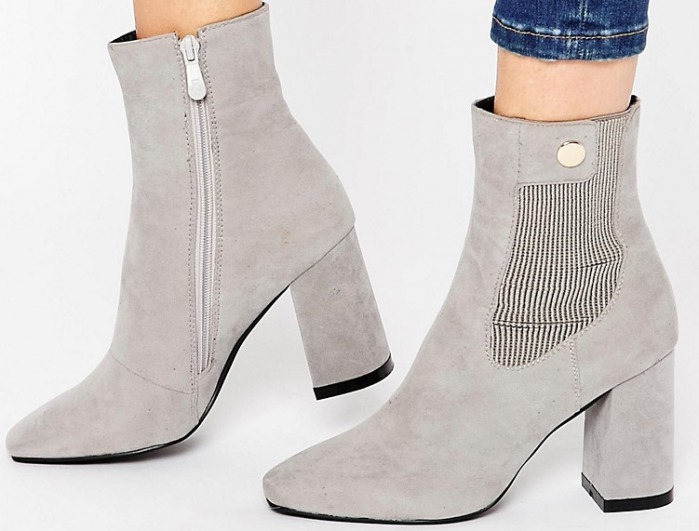 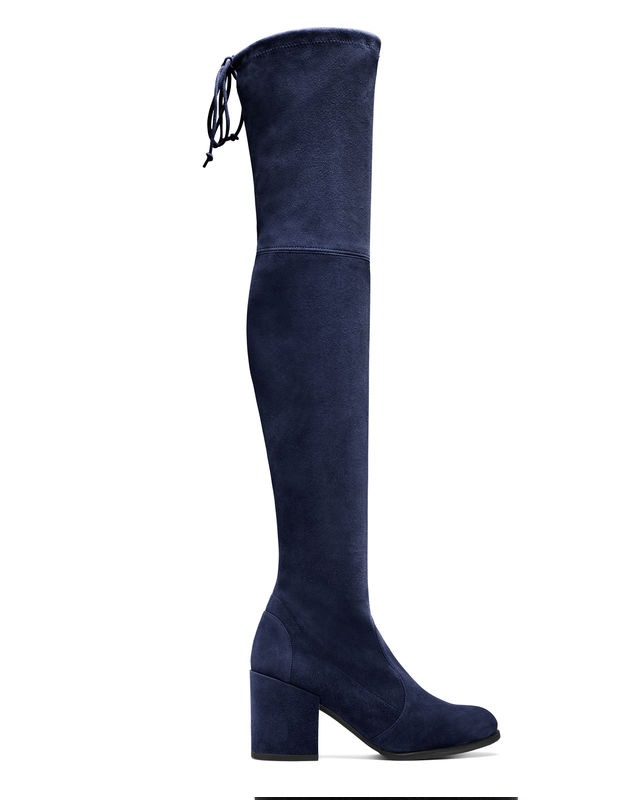