Charity for Musicians with Sarah Hyland

Charity for Musicians with Sarah Hyland

But on Wednesday, she showed off another one of her talents, as she took the mic at the Glamour and AG Denim & Music Dinner alongside Zelda Williams. The 25-year-old looked casual yet sophisticated in jeans and a T-shirt as she looked to be having a blast entertaining the crowd. 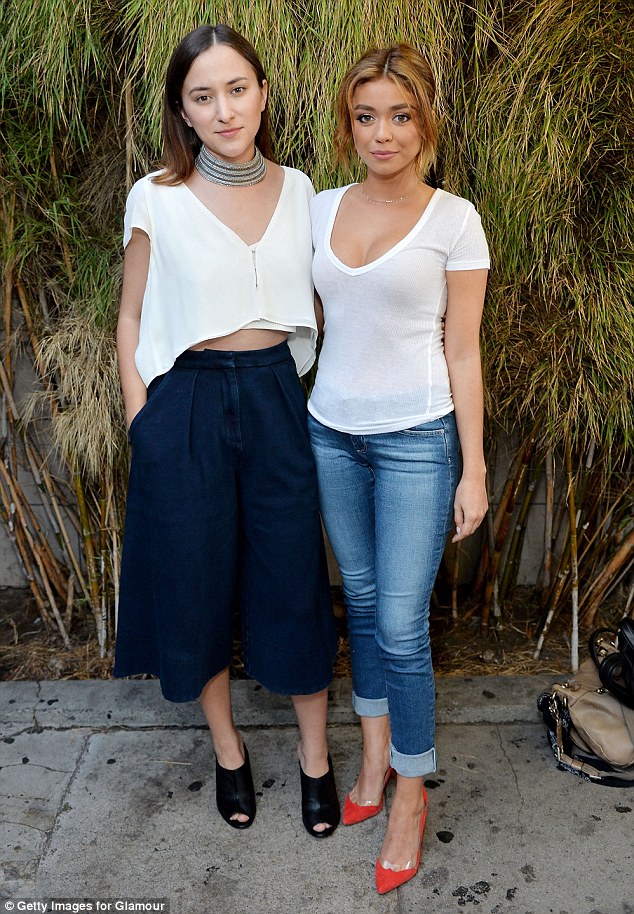 The Vampire Academy actress wore her blonde tresses in a center part, and pulled back, with sections of hair curled and left out to frame her face on either side.

She added a pop of color to her look with a pair of bright orange pumps, and carried a large, tan leather handbag.  Sarah wore a low-plunging, white, short-sleeved T-shirt, which put her assets on display. She coupled the top with a pair of skintight, light wash jeans, which the star sported cuffed to just above her ankles 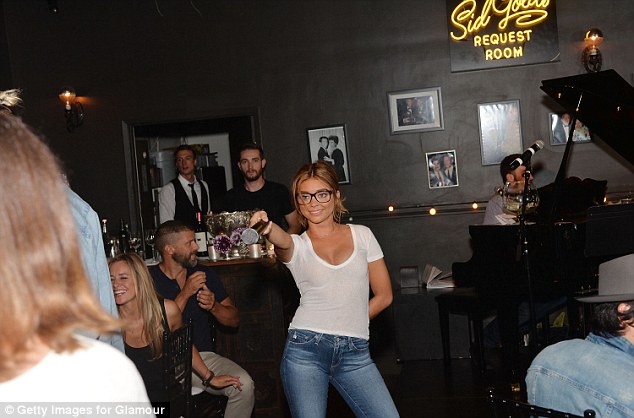 Sarah highlighted her look with a bit of bold eyeliner, also sporting pink lipstick for the occasion.

She was joined by Zelda – the daughter of late comedian Robin Williams – who showed off her fashion credentials in a loose-fitting, short-sleeved, white crop top 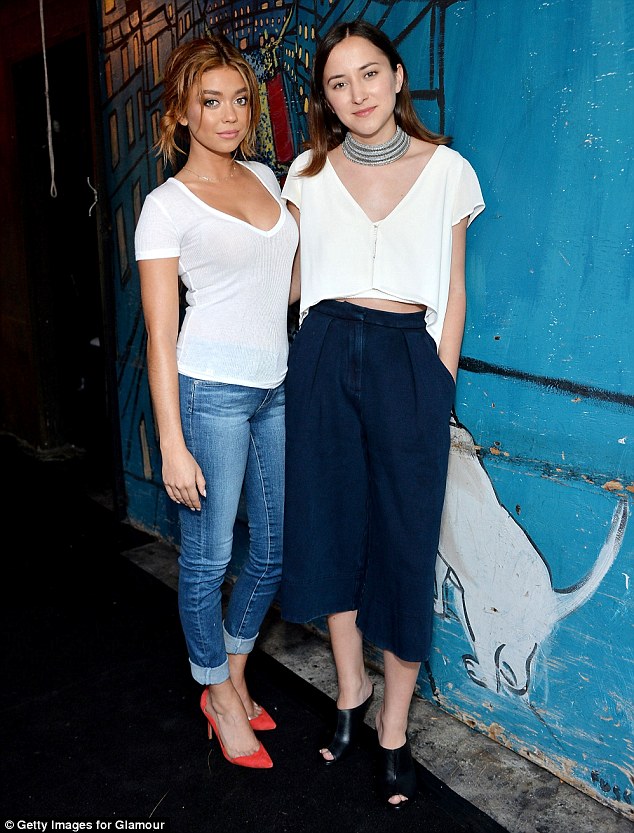 The 27-year-old teamed the stylish top, which showed off her toned stomach, with a pair of high-waisted, dark wash denim trousers, which fell to just below her knees. Zelda finished off the look with black, peep toe heels, accessorizing with a thick, silver choker.  She wore her brunette tresses styled straight and in a center part, and showed off a smile as she joined Sarah to sing for the audience. 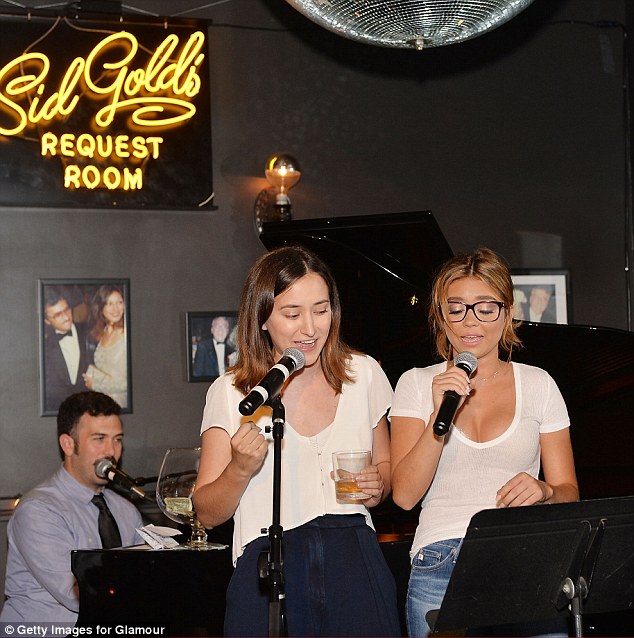 The event was hosted by Jessica Kantor, Johnathan Crocker, Erica Krusen, and Francoise Koster, for the benefit of the MusiCares Foundation. It is a charity that helps and supports musicians and artists during financial, personal, or medical crisis. 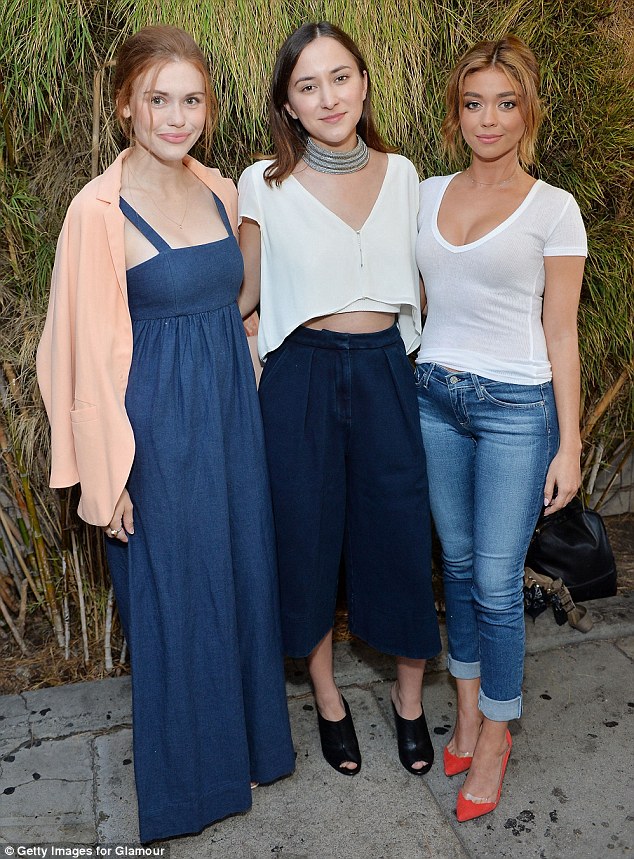 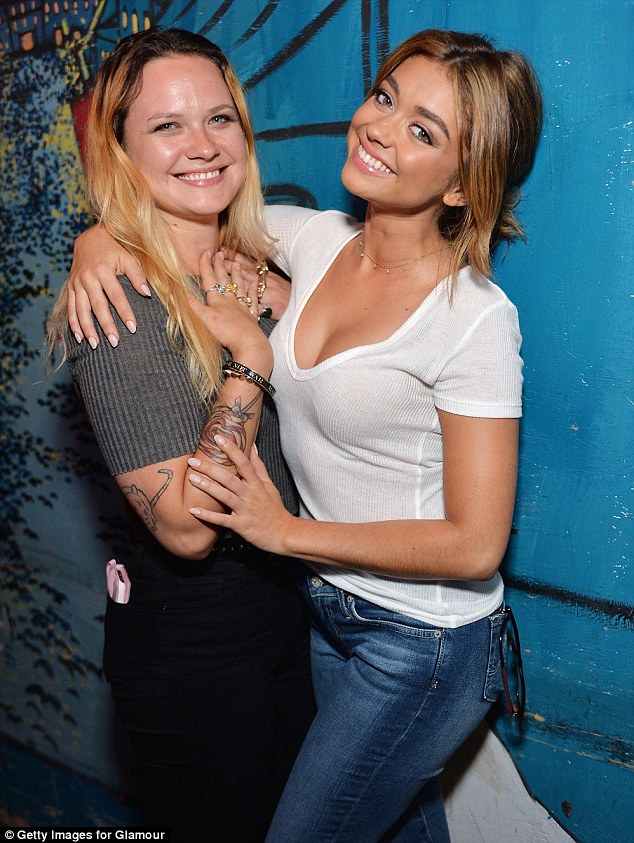 Center of attention: Sarah later threw on a stylish pair of black glasses before performing for the crowd. Can’t hide her smile! She sported a big grin as she hugged singer Lauren ‘Lolo’ Pritchard at the LA charity even 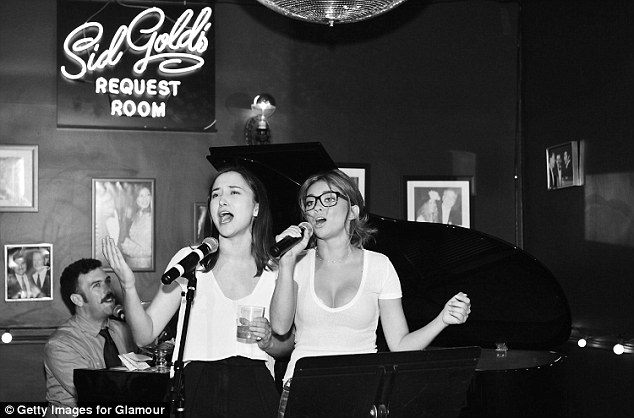 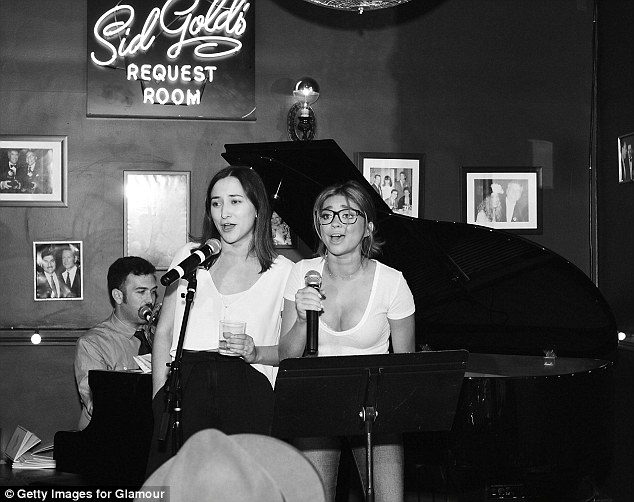 Be clear about your style in Sarah’s Gianvito Rossi heels. The Modern Family star plumped for a hot pink colour, which added some pizazz to her otherwise fuss-free outfit. The talented actress kept it simple in jeans, a white t-shirt and a nude coloured Saint Laurent bag, letting her fuscia Gianvito Rossi heels steal the focus. 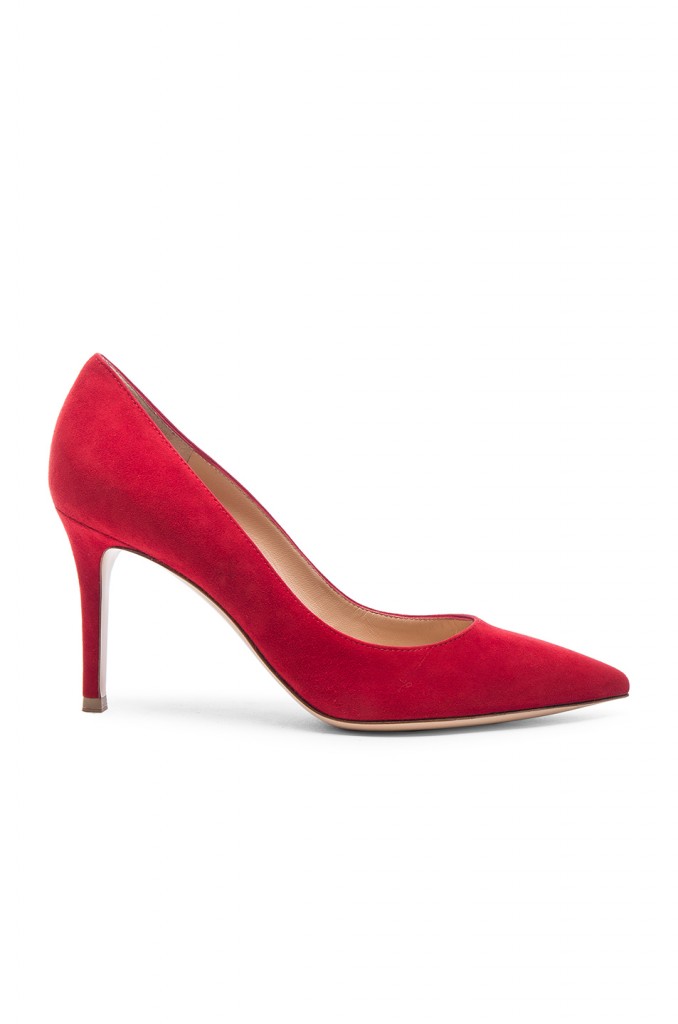 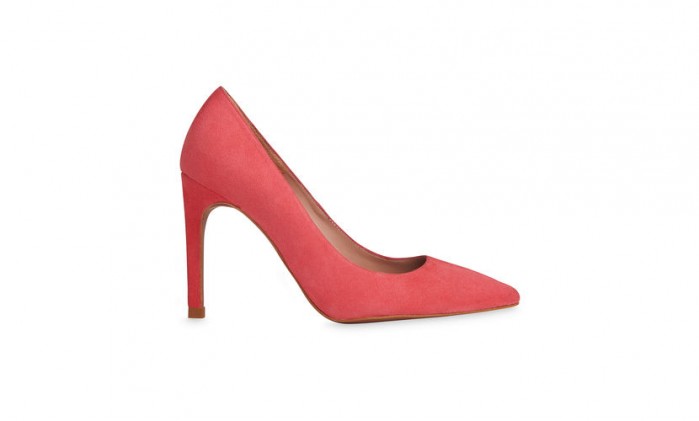