The 22-year-old Barbara Palvin looked absolutely sensational in an all-black ensemble of a chic slip dress and trendy denim jacket, as she partied with her friends at the bash.

And Barbara Palvin certainly proved why she is the new ‘It’ girl of the fashion world on Friday, as she made a show-stopping appearance at the 14th Annual Teen Vogue Young Hollywood party in Malibu.

The Hungarian beauty displayed her envy-inducing legs for all to see in the little silk number, which featured barely-there spaghetti straps. 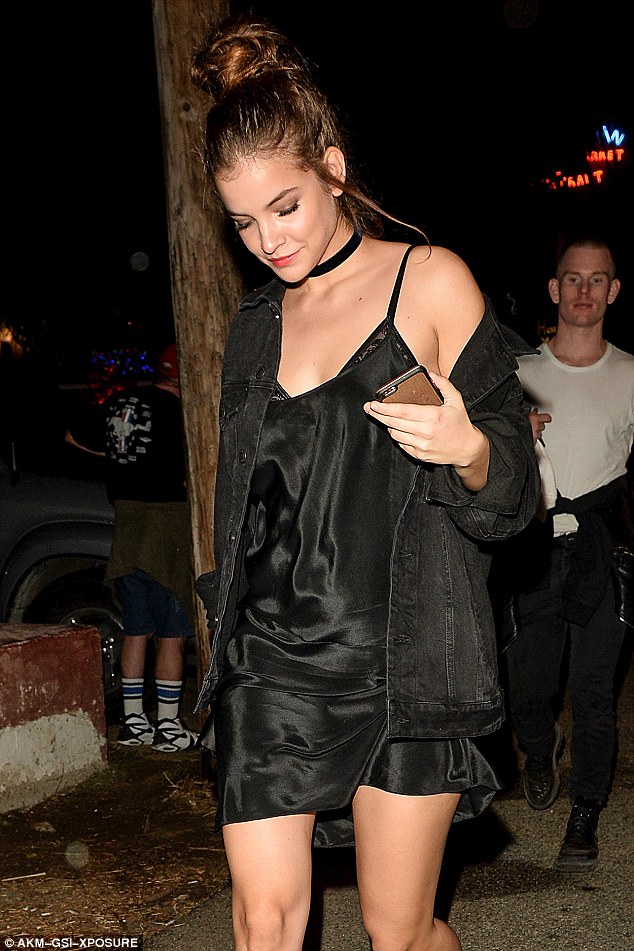 She has modelled for the likes of Chanel, Prada and Louis Vuitton.

Slipping down slightly due to its light, thin material, the frock flashed a hint of her saucy sheer lace bra underneath.

Toning down the sexy look the brunette layered a chunky black denim jacket on top, which she let casually hang off one shoulder in her usual effortless style. 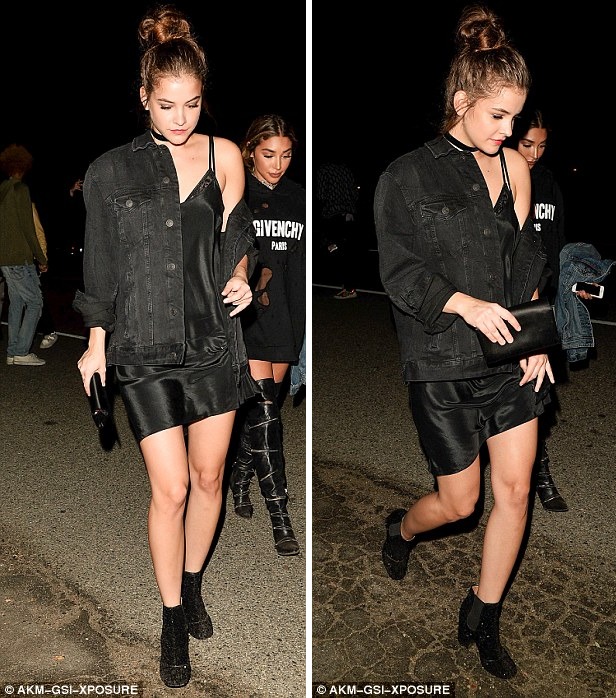 Amping up the glamour however the model, who was discovered when she was just 13, paired her look with glitzy black Chelsea boots, completely covered in sparkling black gems.

Reflecting her youthful flair for fashion, Barbara accessorised with a chic black velvet choker to keep the look very on trend.

The delicate beauty swept her hair into a messy top knot, enhancing the outfit’s effortless style but also showing off her naturally stunning facial features for all to see. 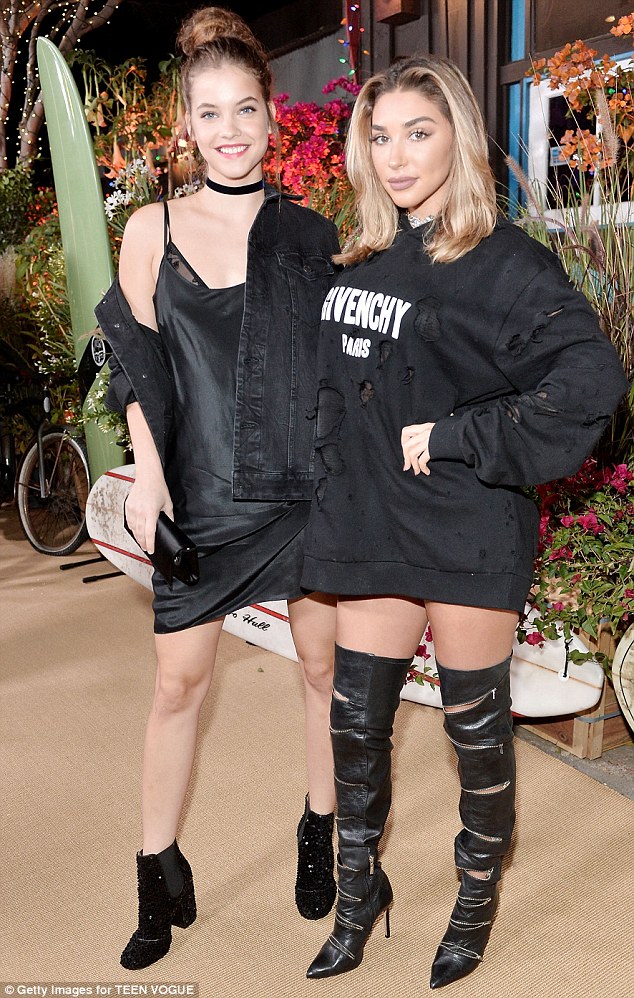 The European stunner posed alongside pal Chantel Jeffries – Justin Bieber’s ex girlfriend – who opted for the quirkier outfit of an oversized jumper and knee-high boots.

Barbara looked like she was having a ball at the Teen Vogue bash, celebrating the annual ‘Young Hollywood’ issue – which sees the magazine pick their breakthrough stars for the year.

Last year’s list featured Patrick Schwarzenegger, who has gone on to become a successful model. 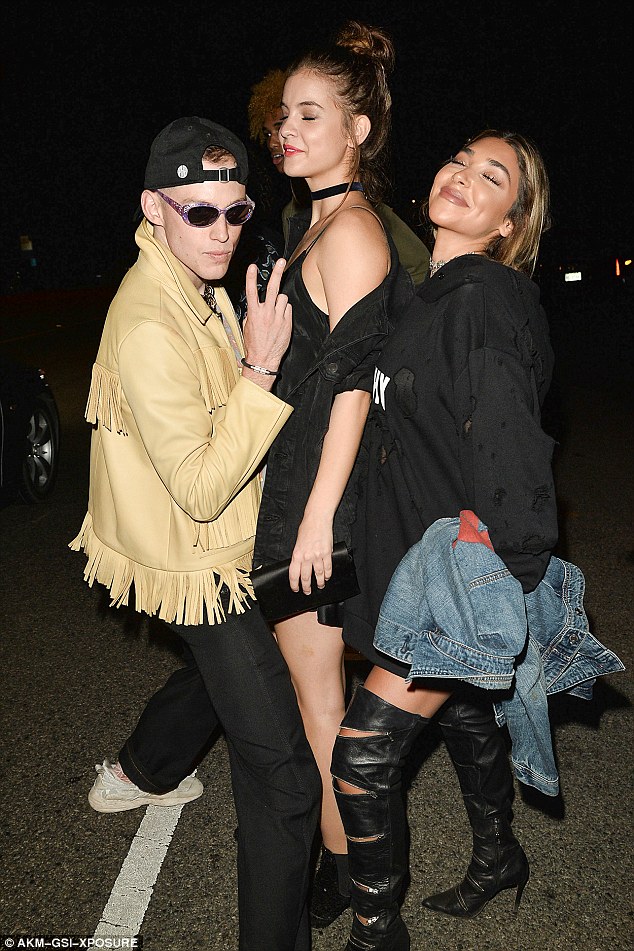 The model attended the event with friends only, clearly staying away from boy drama after her recent fling with Lewis Hamilton.

Formula 1 ace Lewis was first linked to Barbara in May, following rumours they fell for each other during the Cannes Film Festival.

Yet during New York Fashion Week, Lewis was romantically linked to fellow model Winnie Harlow – partying with her until 5am just one day before Barbara was spotted leaving his hotel.

However a representative for Lewis has since insisted that the two are just ‘good friends’. 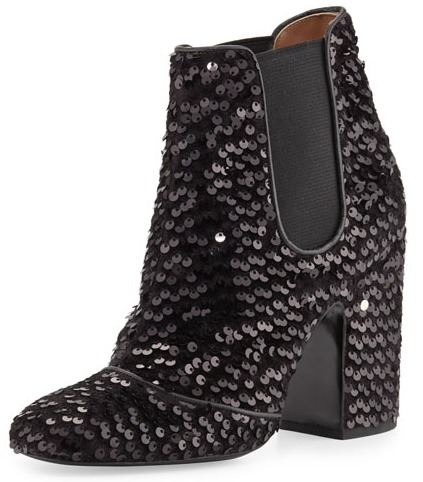 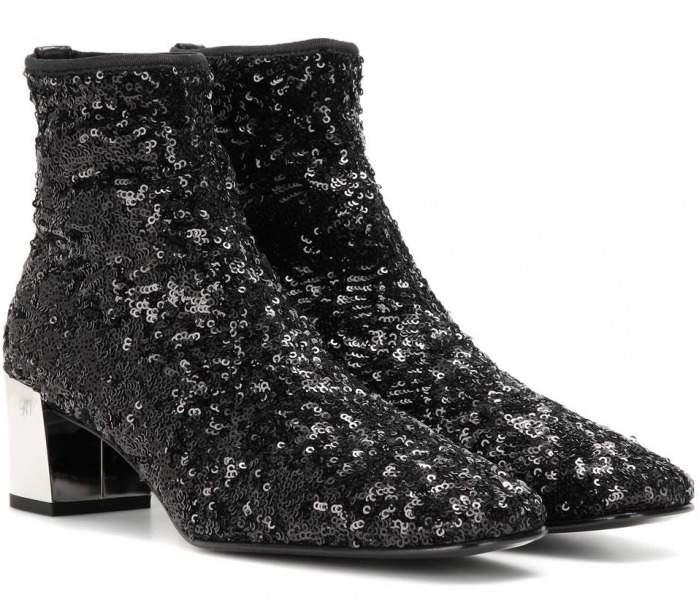 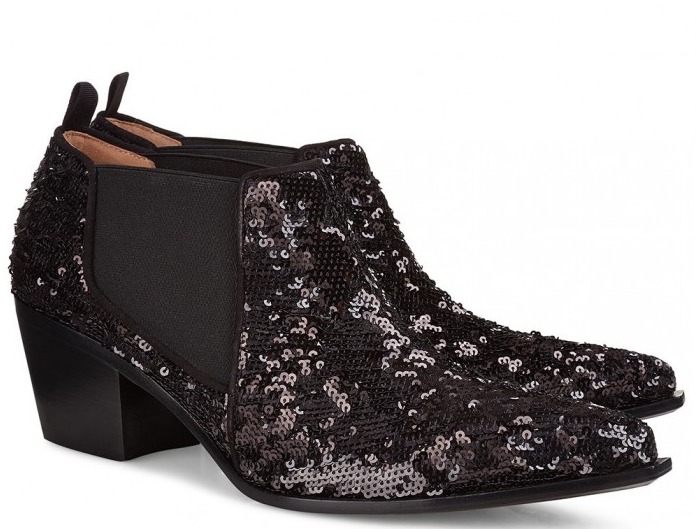